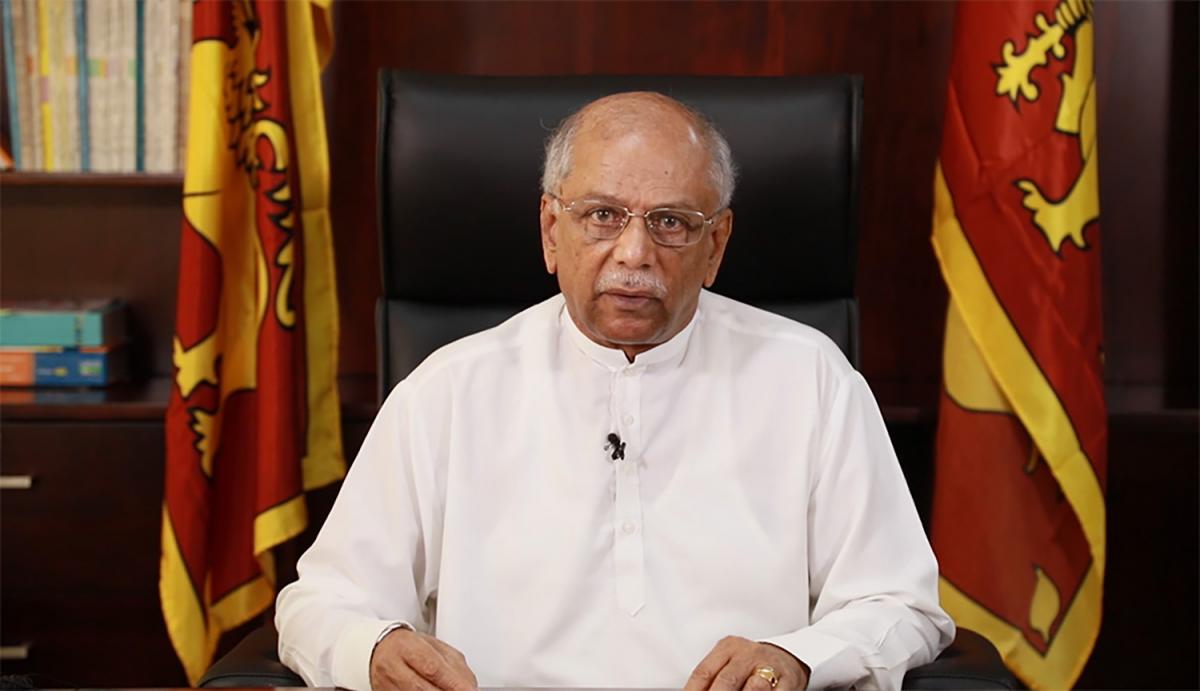 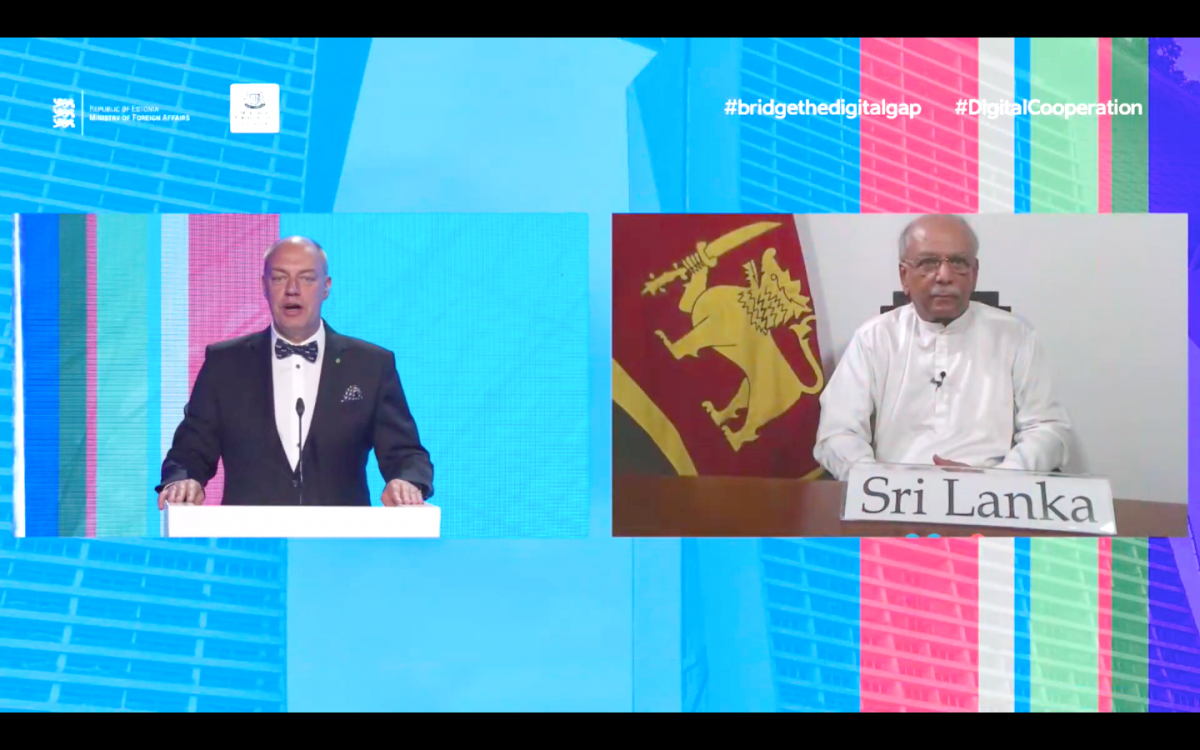 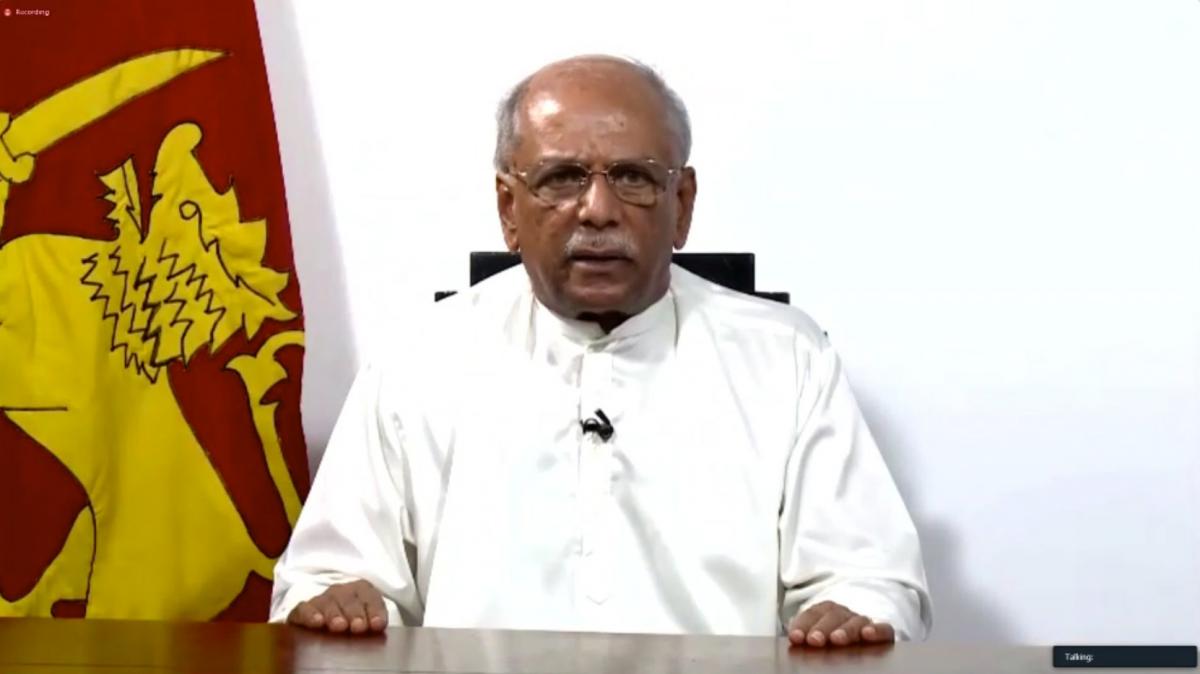 Foreign Secretary Ravinatha Aryasinha has observed that despite its immediate gloom, the present situation has been an eye opener in many respects that could help correct structural, procedural and human interface incongruities in Sri Lanka’s labour migration. It also presents an opportunity for Sri Lanka to re-orient foreign employment in a post-Covid-19 world, sensitive to the ground realities in both Sri Lanka and the migrant labour receiving countries, so that the future footprint of Foreign Employment Sri Lanka will provide the world – though probably Smaller, could be Smarter and more Sustainable.

The Foreign Secretary made these observations when he addressed the 33rd Annual Session of the Organization of Professional Associations (OPA) via a video link, on the theme “The Role of Foreign Employment in the Economic Revival of Sri Lanka; Challenges and Opportunities”.

Foreign Relations Minister Dinesh Gunawardena and US Secretary of State Mike Pompeo engaged in discussions on matters of bilateral interest in a telephone conversation on 29 June evening.

US-Sri Lanka cooperation in COVID response-supply of PPEs to the US, donation of ventilators to Sri Lanka and COVID related bilateral assistance amounting to US$ 5.8 million- economic recovery initiatives, defence and security matters, counter terrorism and international economic cooperation featured in the discussions.

Minister Gunawardena briefed his US counterpart on the Review Report of the MCC, the forthcoming Parliamentary elections and thanked the US for the support extended to the reconciliation and resettlement processes in Sri Lanka.

He conveyed Sri Lanka’s felicitations for the forthcoming US Independence Day on 4th of July.

are pleased to invite you to the

Belated Commemoration of the International Day of Vesak 2020

in a virtual format

The updated programme and the technical note for participation are attached.
Please note the REVISED Zoom LINK to access the event.
We hope that you will be able to join us at this important event. 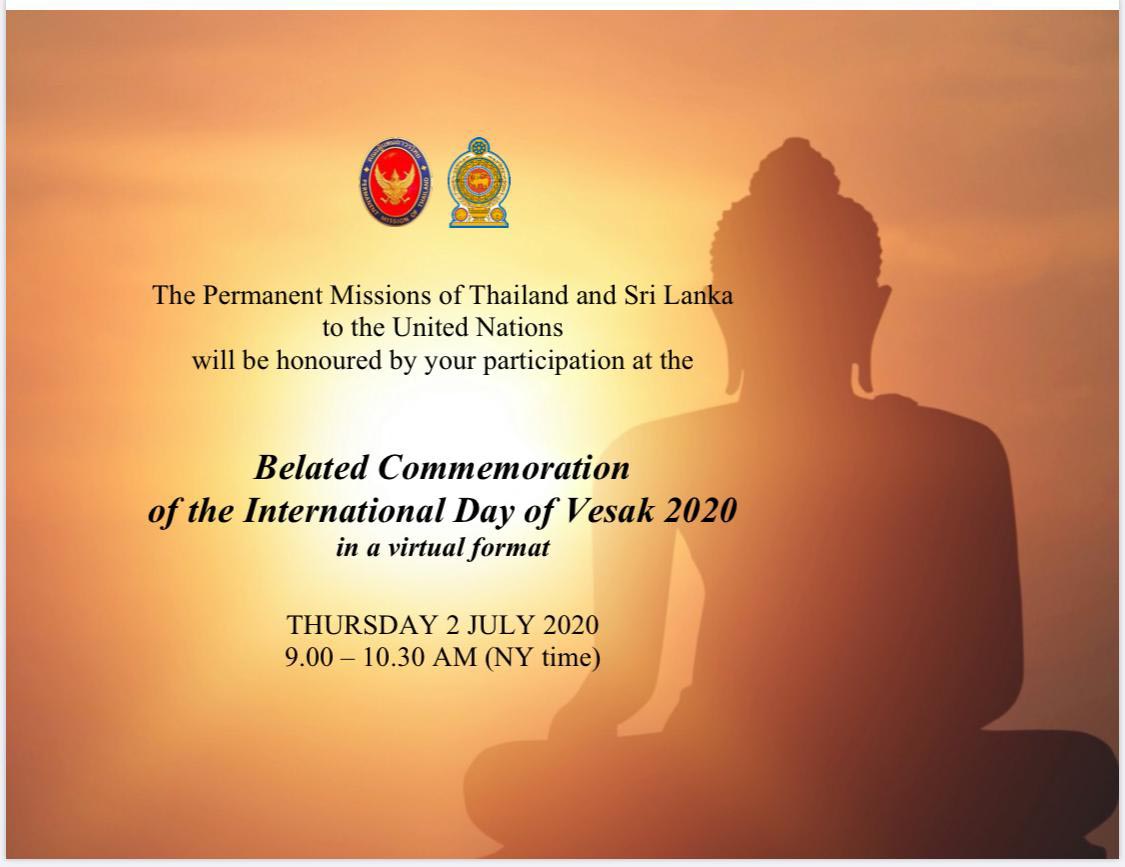 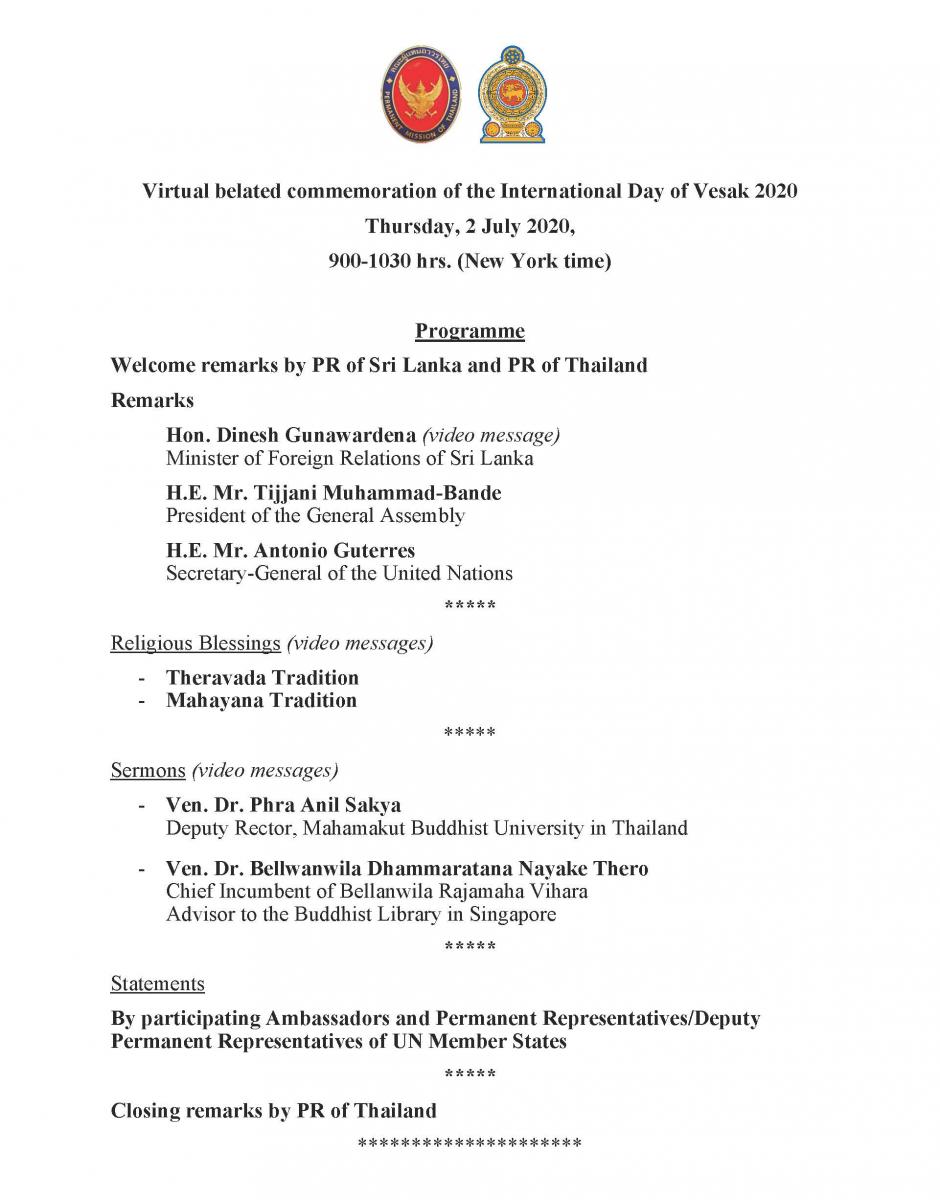 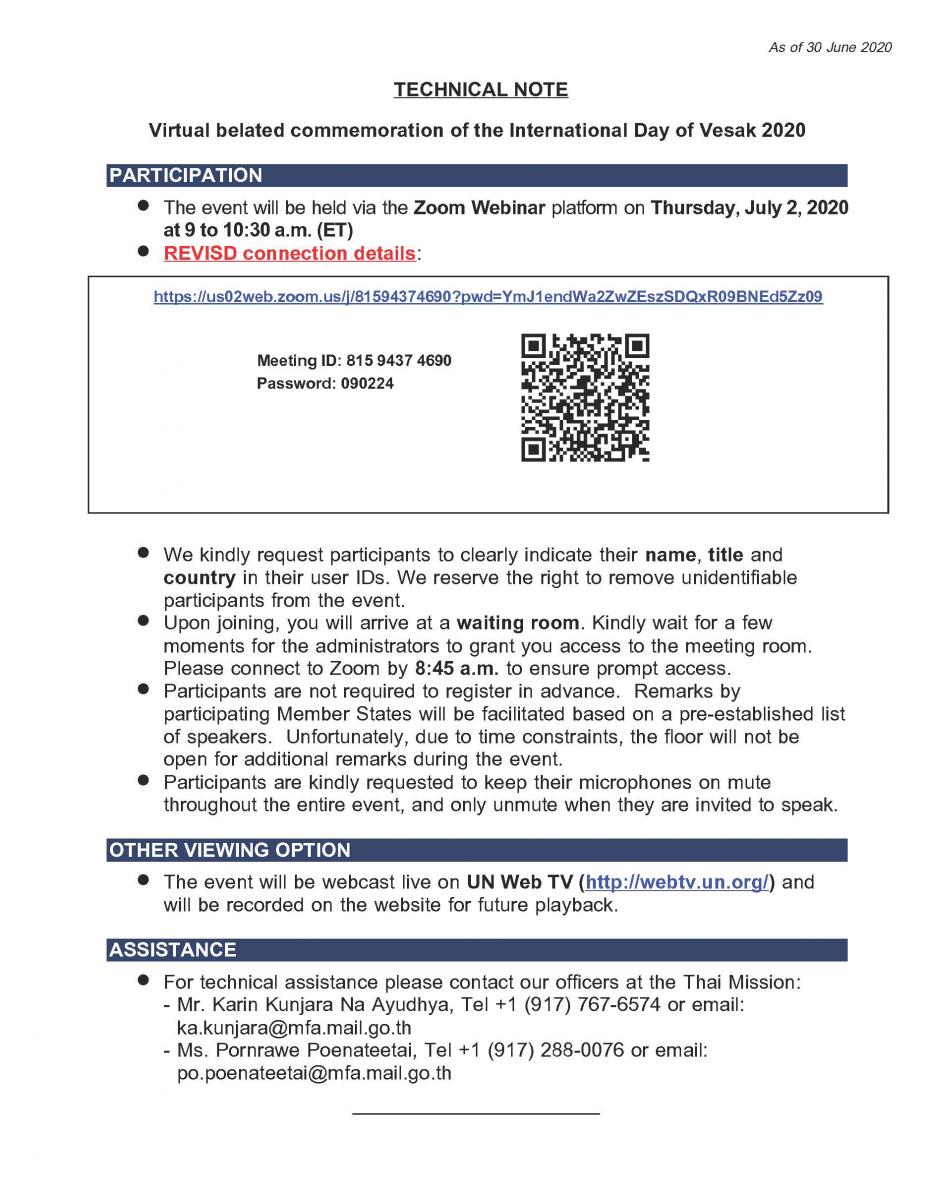 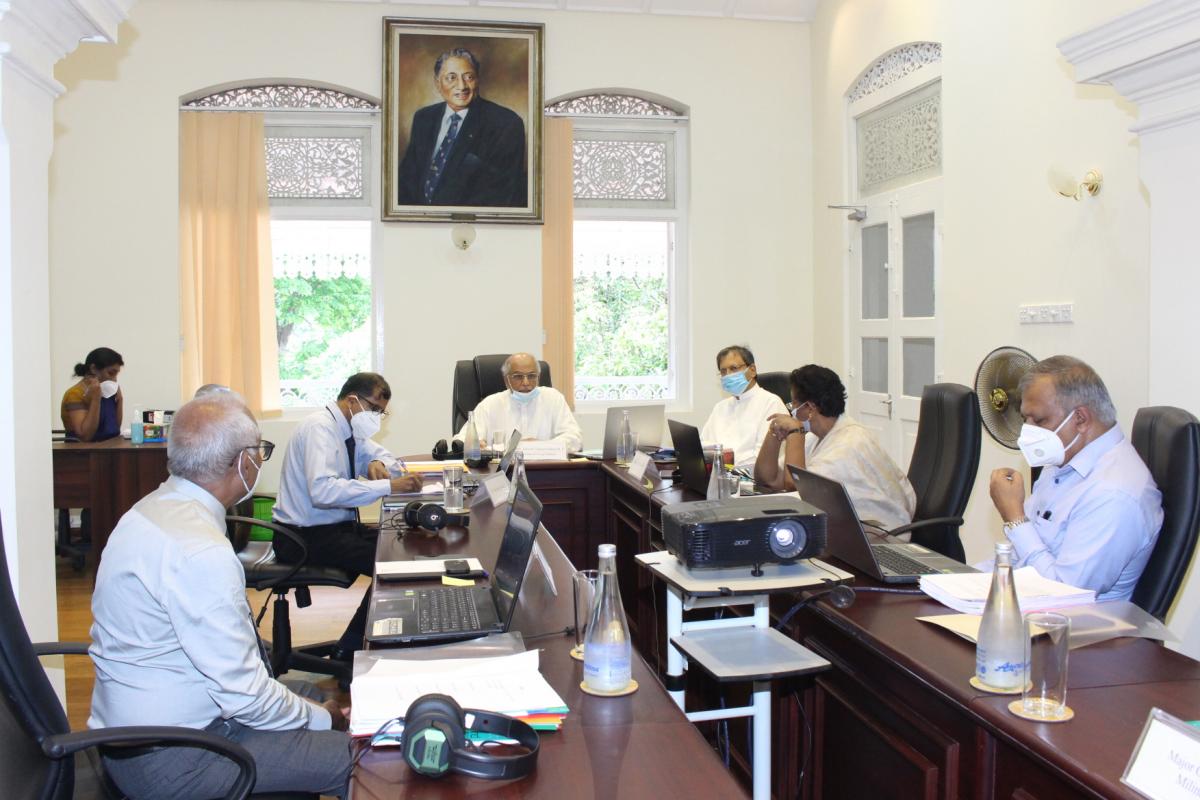 The first Board of Management meeting in 2020 of the Lakshman Kadirgamar Institute (LKI) was held on Tuesday, 9 June 2020 at the Lakshman Kadirgamar Institute of International Relations and Strategic Studies under the patronage of Foreign Relations Minister Dinesh Gunawardena. Foreign Secretary Ravinatha Aryasinha, new Members of the Board of Management of the Institute, Professor Kapila Gunawardhana, Dr Rohan Gunaratna, Mrs Suganthi Kadirgamar, Mr Kosala Wickramanayake and Executive Director Dr Ganeshan Wignaraja participated at this meeting. 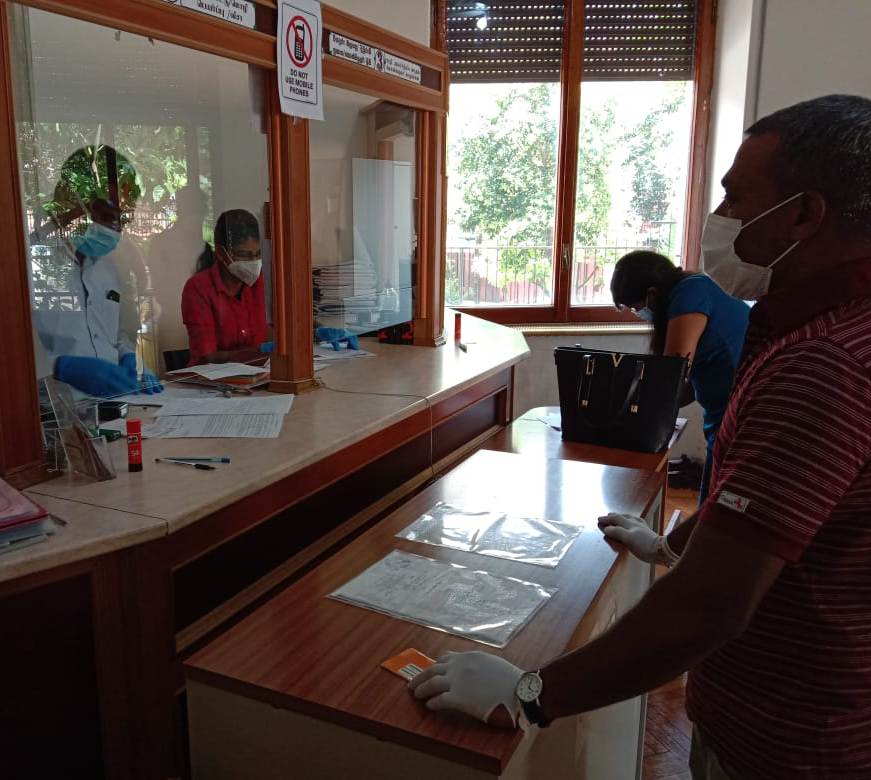 The Embassy of Sri Lanka in Rome and the Consulate General Office in Milan have arranged facilities to cater to over 10,000 Sri Lankans who would seek consular assistance in the process of regularising their visa status under “Sanatoria 2020” special amnesty granted by the Italian Government with effect from 1 June to 15 July 2020, by providing essential consular services to the many Sri Lankan community members, to expedite the passport application process.