The Permanent Mission of Sri Lanka to the United Nations in New York celebrated Sri Lanka’s 72nd Anniversary of Independence by hosting an evening reception for a large number of foreign diplomats and representatives of the Sri Lanka Community in the tri-state area, civil society, media and artistes on 4th February 2020 at the Mission premises.

Address by His Excellency Gotabaya Rajapaksa, President of the Democratic Socialist Republic of Sri Lanka at the 72nd Independence Day celebrations 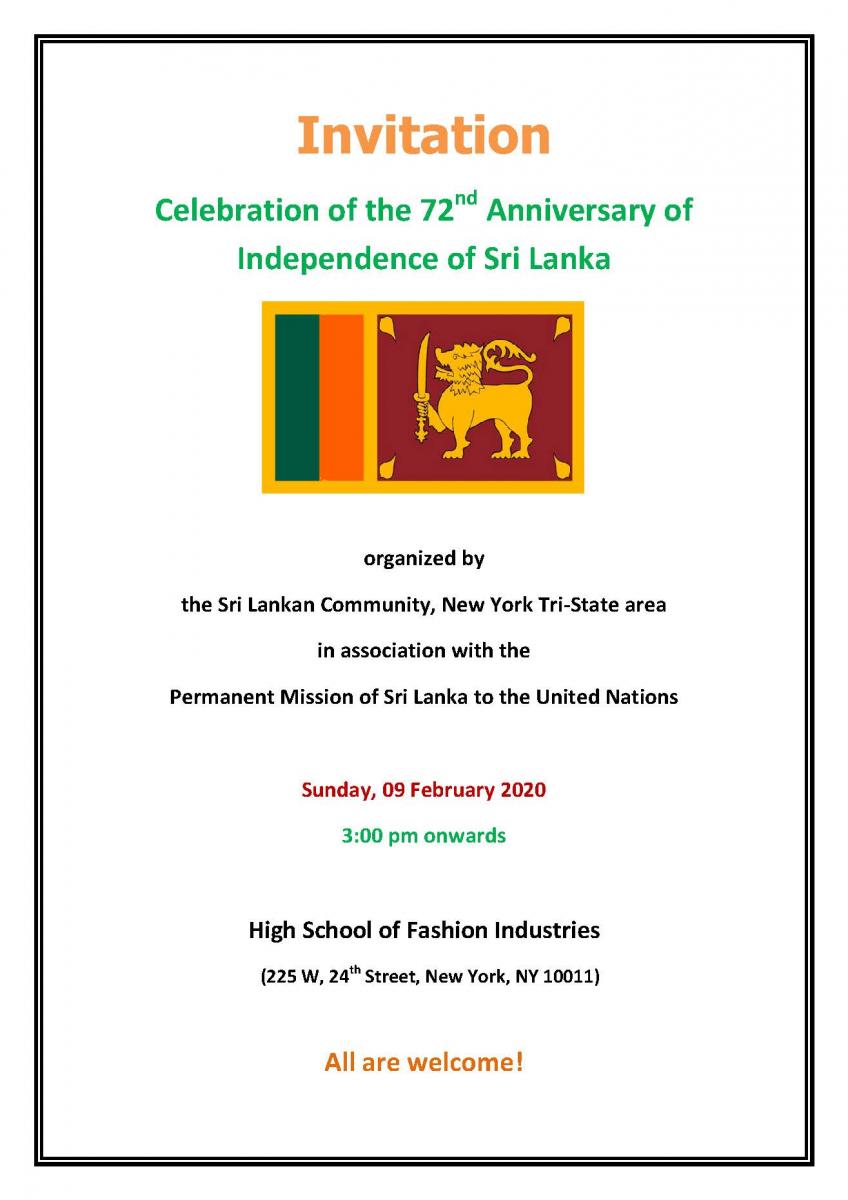 The Minister of Foreign and European Affairs of the Grand Duchy of Luxembourg, Mr. Jean Asselborn will arrive in Sri Lanka on 30th January 2020 for bilateral discussions with Foreign Minister Dinesh Gunawardena.  This is the first high level official visit from Luxembourg to Sri Lanka since the establishment of diplomatic relations in 1972.

Foreign Secretary Ravinatha Aryasinha has said the Chinese Government is expediting the request made for a special aircraft landing in Wuhan City which will allow the evacuation of the Sri Lankan students and their family members. He said the Embassy in Beijing is in communication with the Hubei Foreign Office and Wuhan Municipality to ensure the wellbeing of the Sri Lankans in these areas, pending their repatriation. 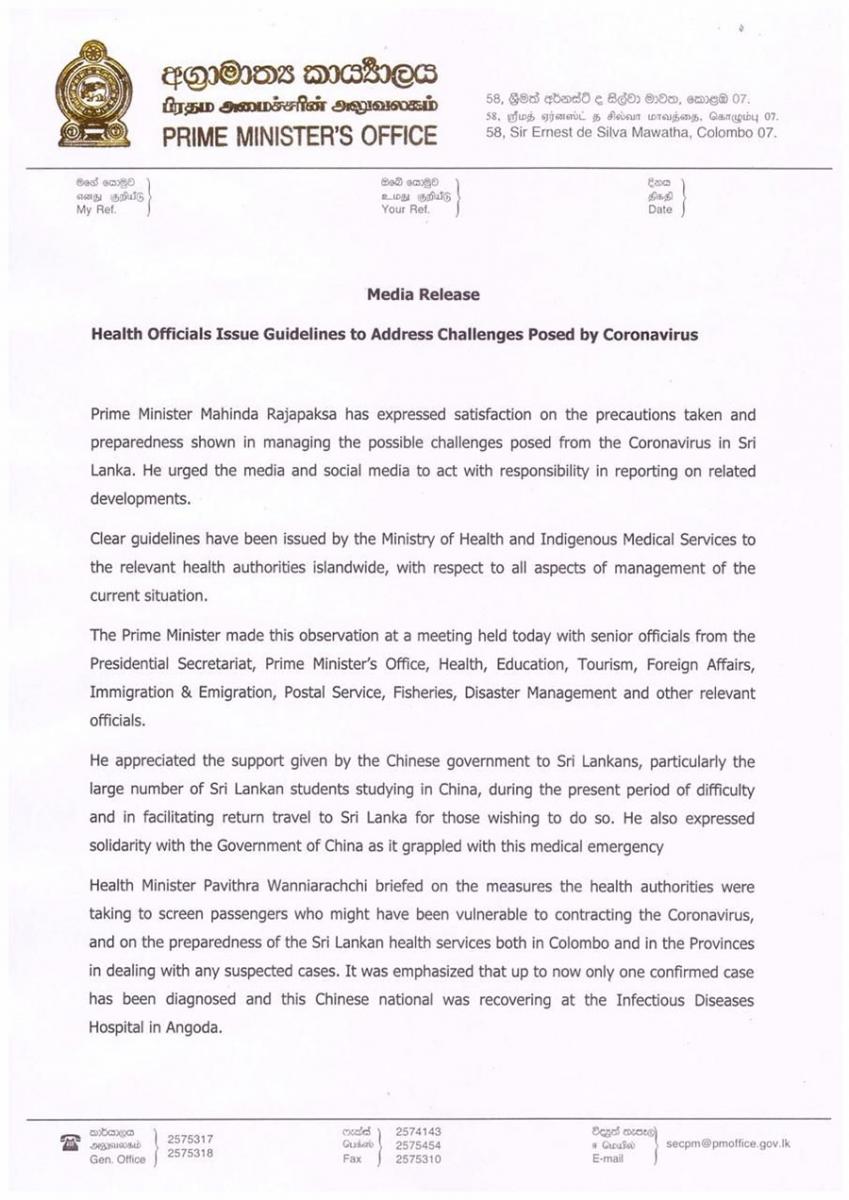 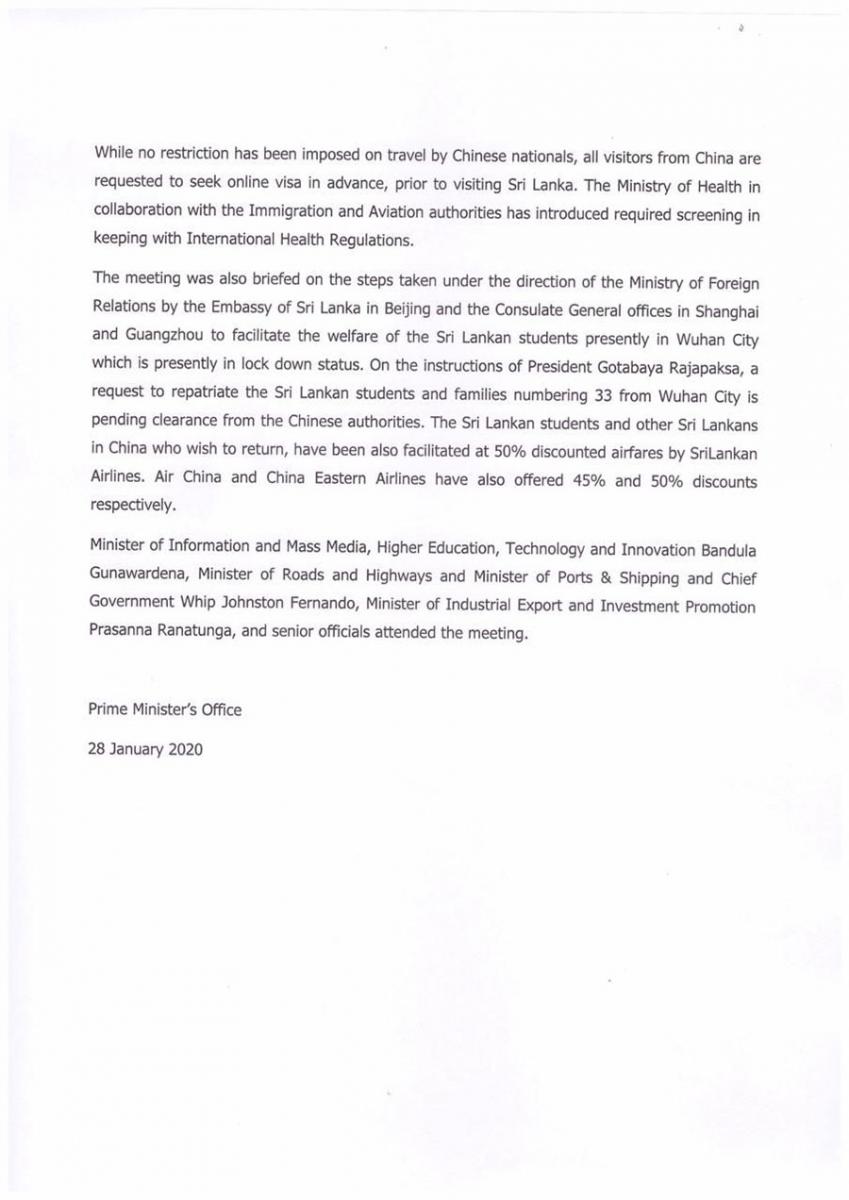