In his inaugural remarks, the Foreign Secretary stated that  global dynamics will not be the same after the COVID-19 pandemic as it has affected  all  States,  in various  degrees, as  it  transformed  from  a health crisis  to an economic and human crisis  as described by the  United Nations Secretary General António Guterres. In fact, he stated that the   crisis has affected the very fabric of   daily life of BIMSTEC Member States as  economic activities have slowed down with global and regional value chains disrupted, millions of people have lost their jobs with many pushed into poverty and  therefore the  meeting was timely, as it  is an opportunity to build on the assurances made by Heads of State of BIMSTEC Members on combatting the adverse effects of COVID-19 at the 23rd  Anniversary of the BIMSTEC Day held in June 2020. He said that their messages were clear and encouraging as the Leaders had reiterated and acknowledged the need to build a better and resilient   organization that could leverage regional cooperation in the recovery and rehabilitation process in post COVID-19.

Given that the region is home to 23% of the world population, Foreign Secretary stated that the devastating effects affecting the vulnerable sections can only cripple economies and divert resources that were once used for upward mobility in Member States. The collective GDP of US dollars 3 trillion, which was a benchmark prior to the pandemic, should not become an unattainable goal in the face of this devastation, he said and that the goal should be to surpass. Therefore, he stated that the sector driven Organization  should collectively promote trade and investment cooperation, strengthen energy cooperation, increase connectivity and people-to-people contact, focus on disaster management and public health, combat terrorism and extremism, deal with the adverse effects of climate change and work towards poverty alleviation. 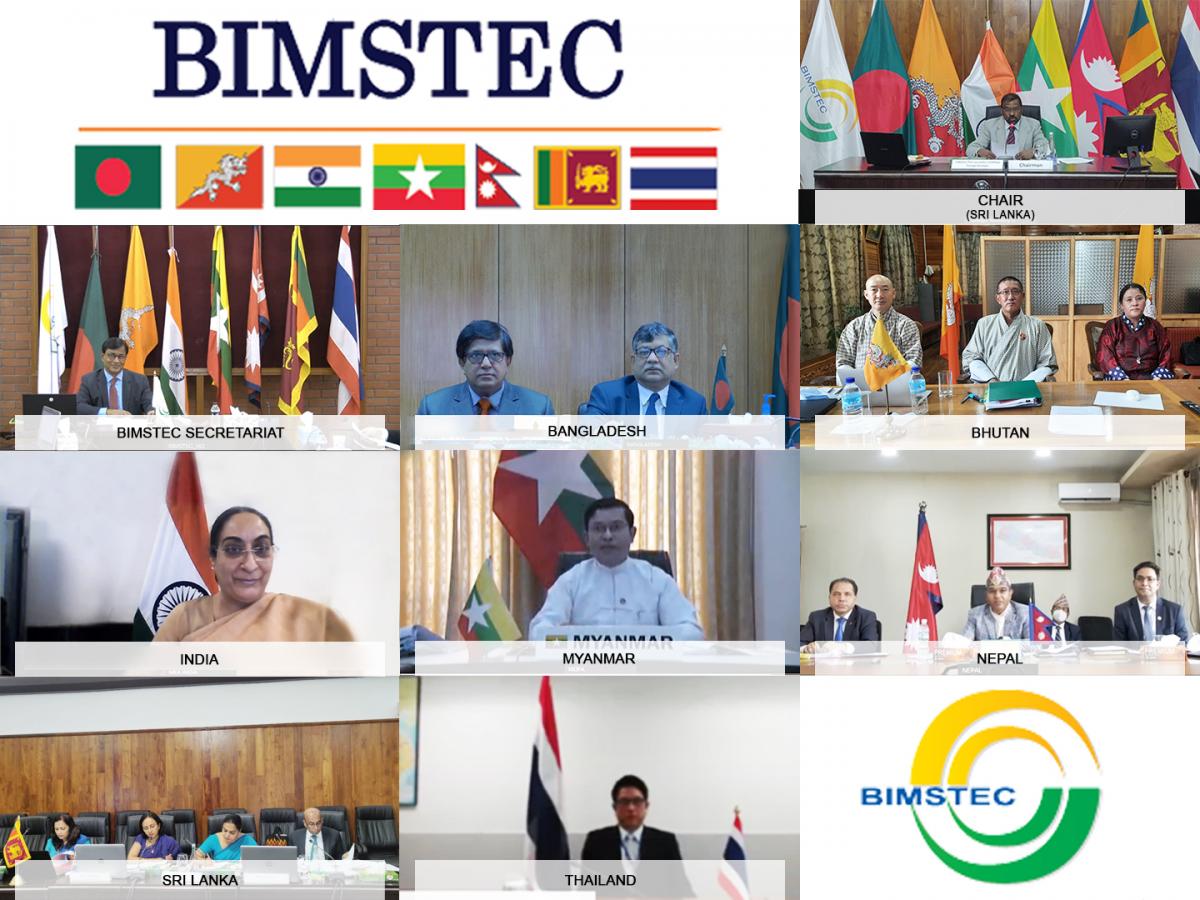 As the lead country for Information, Technology and Innovation sector in BIMSTEC, Sri Lanka informed that it will put forward proposals that would enhance the use of technological tools in daily life to address post COVID-19 effects and also cater to the demand for internet based economic activities and that the proposed setting up of the BIMSTEC Technology Transfer Facility, in Colombo would further augment the work Sri Lanka proposes to undertake in the sector.

The discussion of the meetings centred on administrative procedures and financial considerations of the organization and preparation and finalization of documents   for the approval at the 17th Ministerial Meeting and adoption at the 5th BIMSTEC Summit.

The Sri Lanka delegation indicated its readiness to host the 5th BIMSTEC Summit preceded by the 17th Ministerial meeting, as it has earned  the ‘Safe Travels’ stamp from the World Travel & Tourism Council in recognition of the comprehensive health and safety measures the government has put in place. The dates of the meeting are to be decided in consultation with Member States, given that the Member States are in different stages in combatting the COVID-19 pandemic.

The Member States commended the work of Ambassador Shahidul Islam, whose three year term as Secretary General will come to an end in the later part of September 2020.   Sri Lanka made special note of his contribution and support during its Chair. The Member States also took note of the nomination of Mr Tenzin Lekphell, as the next Secretary General of BIMSTEC from Bhutan.

Proposed by Sri Lanka, the Member States, observed a minute's silence in solidarity with the President, Prime Minister and the people of India on the sad occasion of the demise of former President of India His Excellency Pranab Mukherjee.