Address by President Gotabaya Rajapaksa from the Presidential Secretariat at the virtual ‘High – Level Event on Financing for Development in the Era of COVID – 19 and beyond’  organized by the Prime Ministers of Canada, Jamaica and the UN Secretary General on May 28th, 2020. 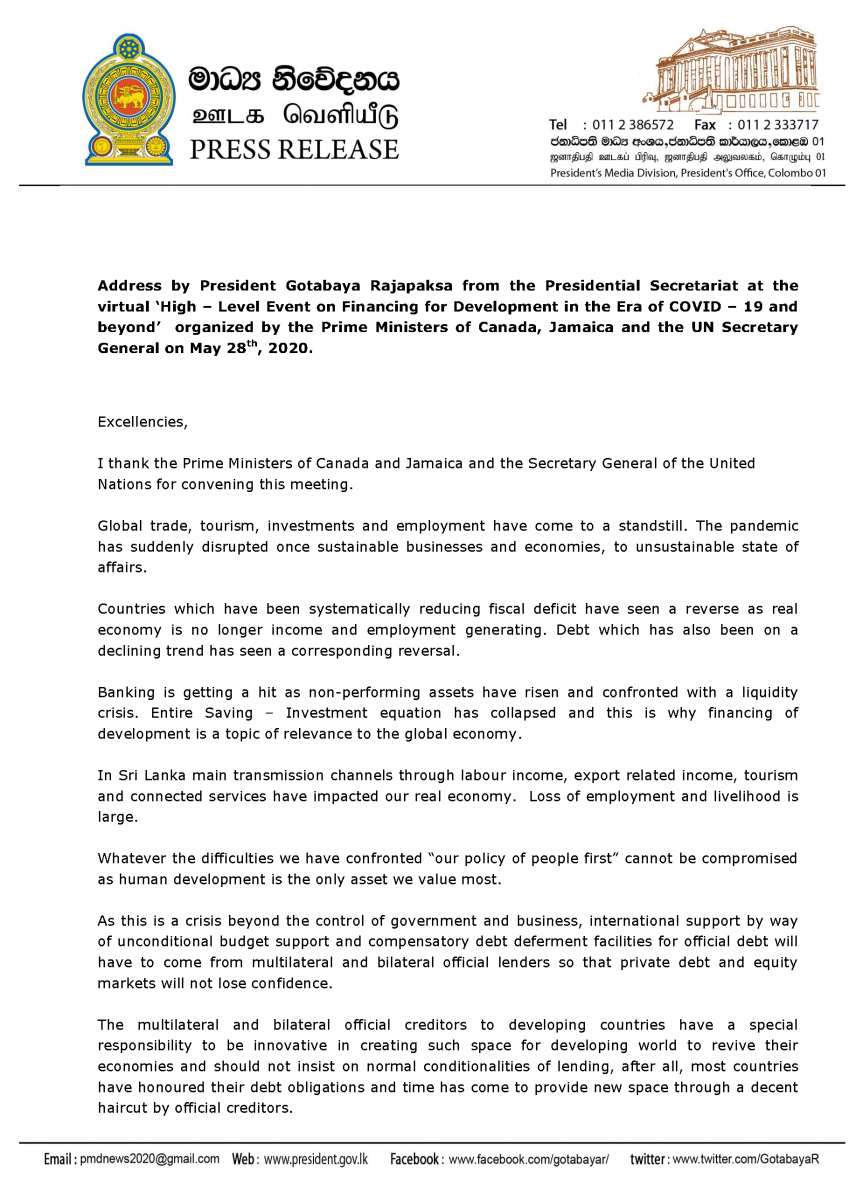 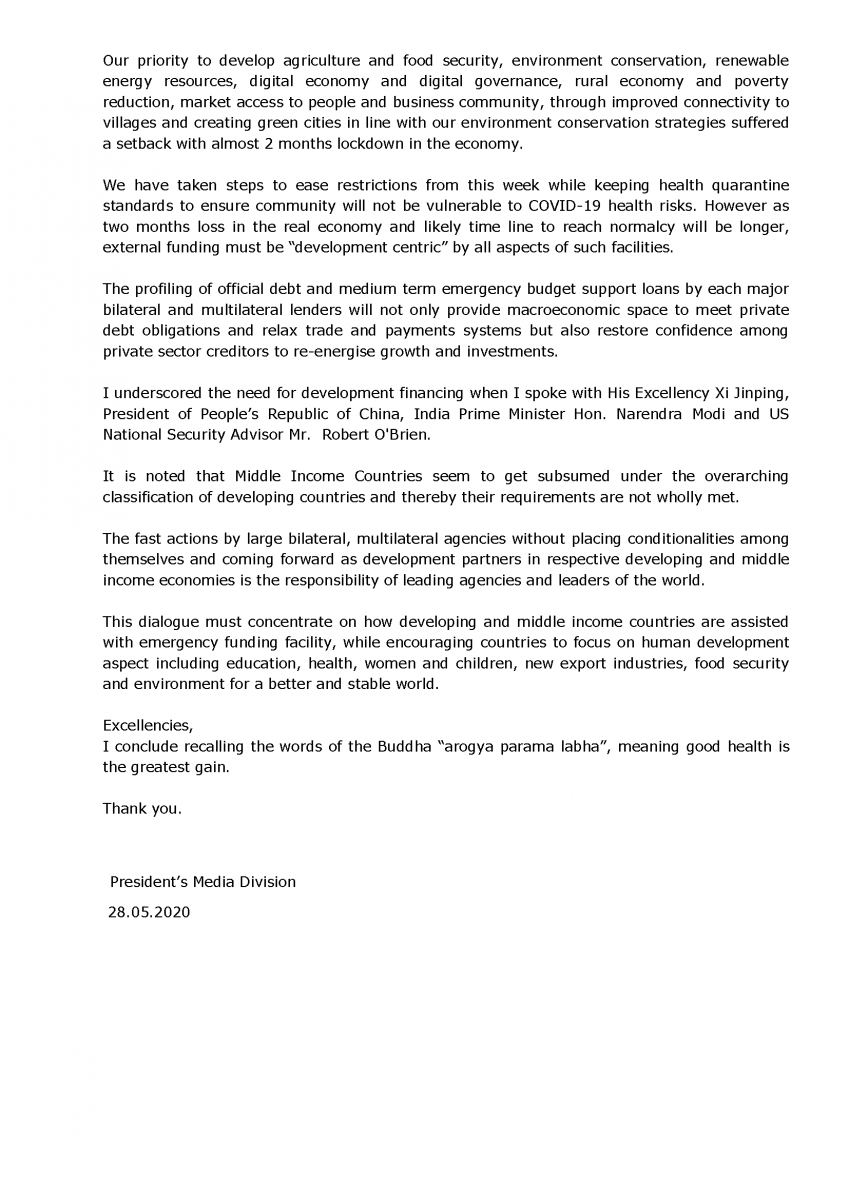 Considering the many Sri Lankans residing and working in Seychelles who have registered their interest in returning to Sri Lanka, the Government is making arrangements to facilitate their return to Sri Lanka in compliance with the existing regulations and availability of quarantine facilities in the country.

The Sri Lanka High Commission in Seychelles has been continuously liaising with the Sri Lankan community members and has taken the initiative to appoint a Joint Committee under the leadership of the Mission which includes the Sri Lankan Association, Seychelles Buddhist Association, and the Lakstar Cricket Club, to render support to Sri Lankans who are in need of assistance. The Mission has also distributed food supplies to the community upon their request and has established a 24-hour hotline through which Sri Lankans can constantly reach the Mission.

Wednesday, 27 May 2020
H.E. Gotabaya Rajapaksa, President of the Democratic Socialist Republic of Sri Lanka is scheduled to speak at the UN High Level Event on Financing For Development in the Era of COVID 19 and Beyond, scheduled to be held from 8.00 a.m. - 12.00 noon EST on Thursday, 28th May 2020.
H.E. the President will be joining many other world leaders to discuss the importance of financing for development in the context of the COVID 19 pandemic and the future.
The meeting can be viewed live on the UN webtv through the following link: http://webtv.un.org/
We hope that you and your family are keeping safe and well during these trying times.

Hon. Dinesh Gunawardena, Minister of Foreign Relations, Skills Development, Employment and Labour Relations in an interview held on Siyatha TV ‘Morning Show’ at 6.55 am today (25 May 2020) discussed the systematic repatriation process of Overseas Sri Lankans amidst the COVID-19 pandemic. 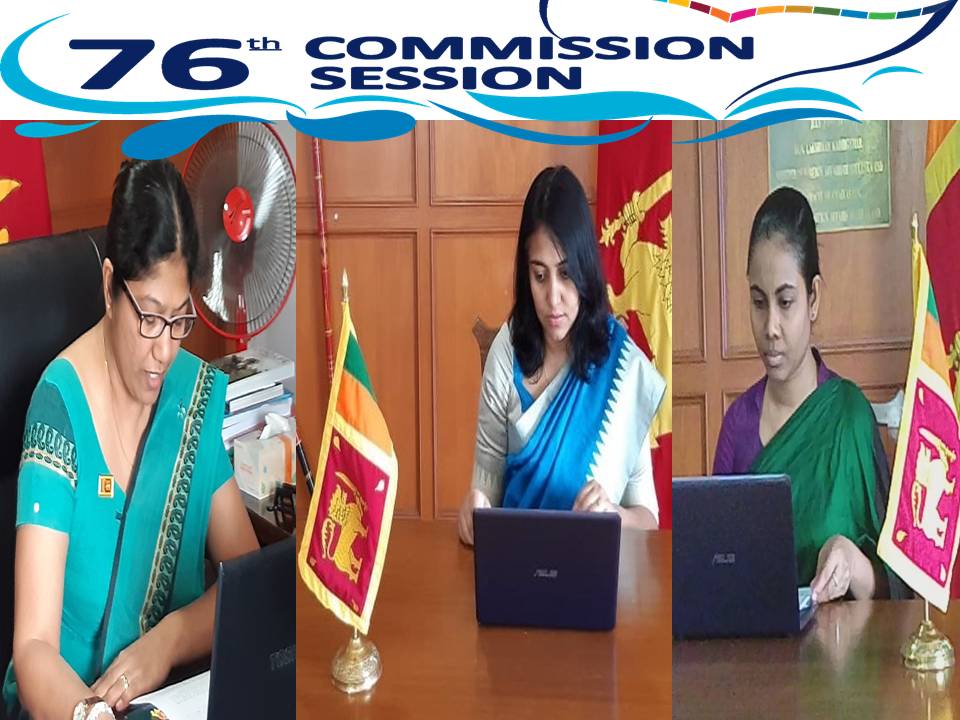 The seventy-sixth session (CS 76) of the Economic and Social Commission for Asia and the Pacific (ESCAP)  was successfully conducted on a virtual platform for the first time in its history,  due to the COVID 19 situation, on 21 May 2020, in Bangkok. The CS 76 deliberated on ‘Promoting economic, social and environmental cooperation on oceans for sustainable development’, reiterating commitments to realize SDG 14 on ‘life below water’, as its key theme for the Session. Delegations also engaged on a discussion on ‘Regional cooperation to address the socio-economic effects of the global health crisis’, where Sri Lanka joined in cosponsoring the resolution presented by the Secretariat, emphasizing the need for collaborative action in response to the challenges posed by COVID-19 pandemic to the world and particularly to the developing countries in the most populous Asia and the Pacific Region. 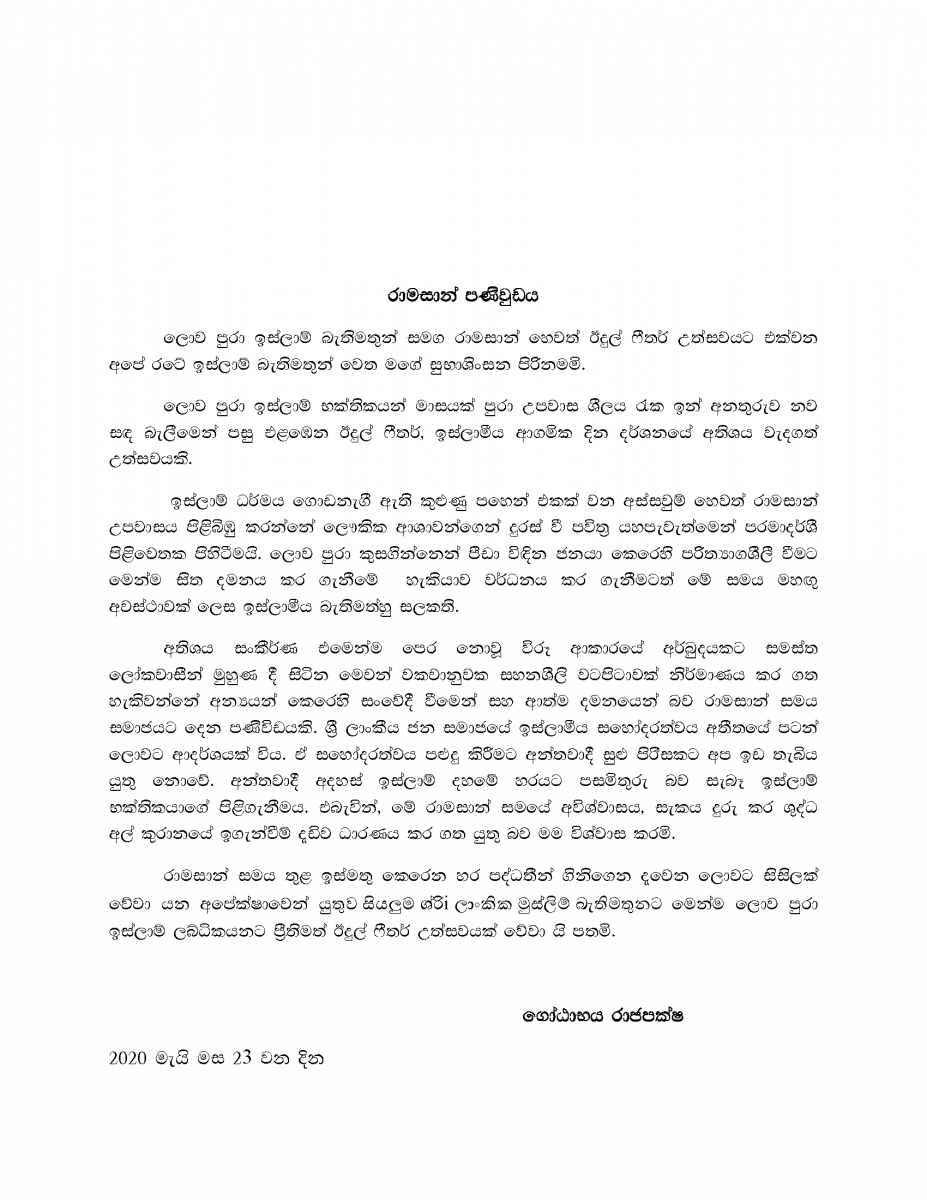 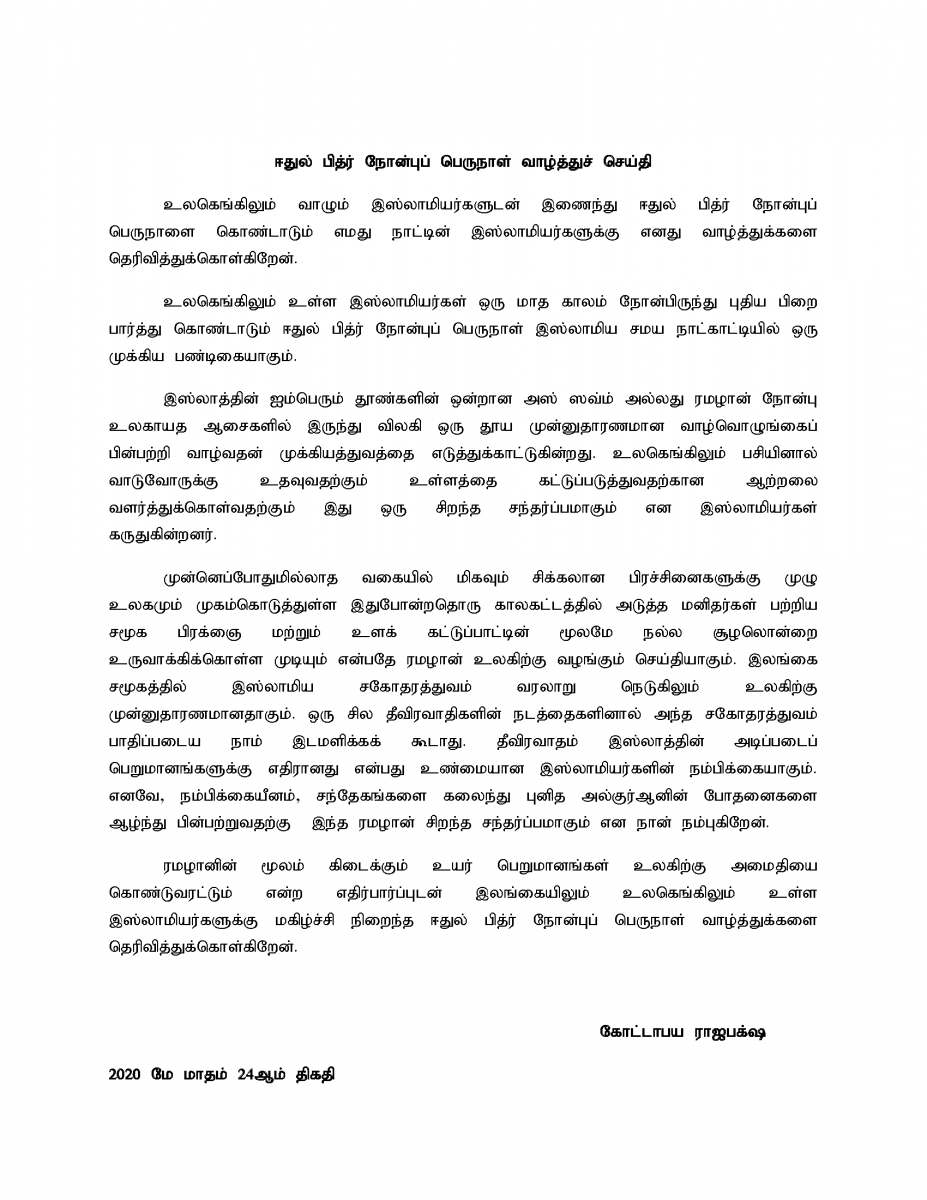 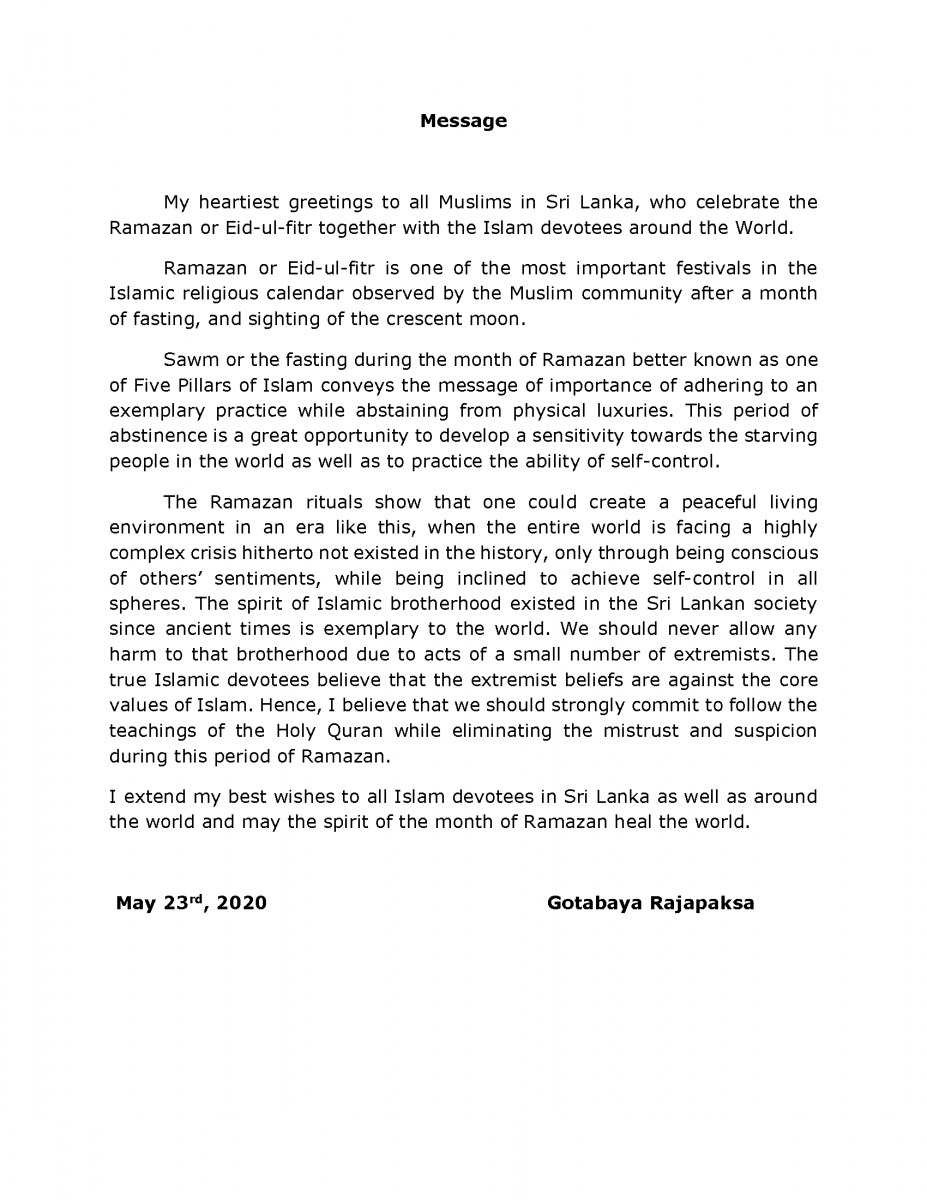 The annual Memorial Day event organized by ACOBA-EC will take place on Monday May 25th  at 5:30 PM.

Please join us on Zoom to commemorate the sacrifices made by US and Sri Lankan veterans of all past wars. 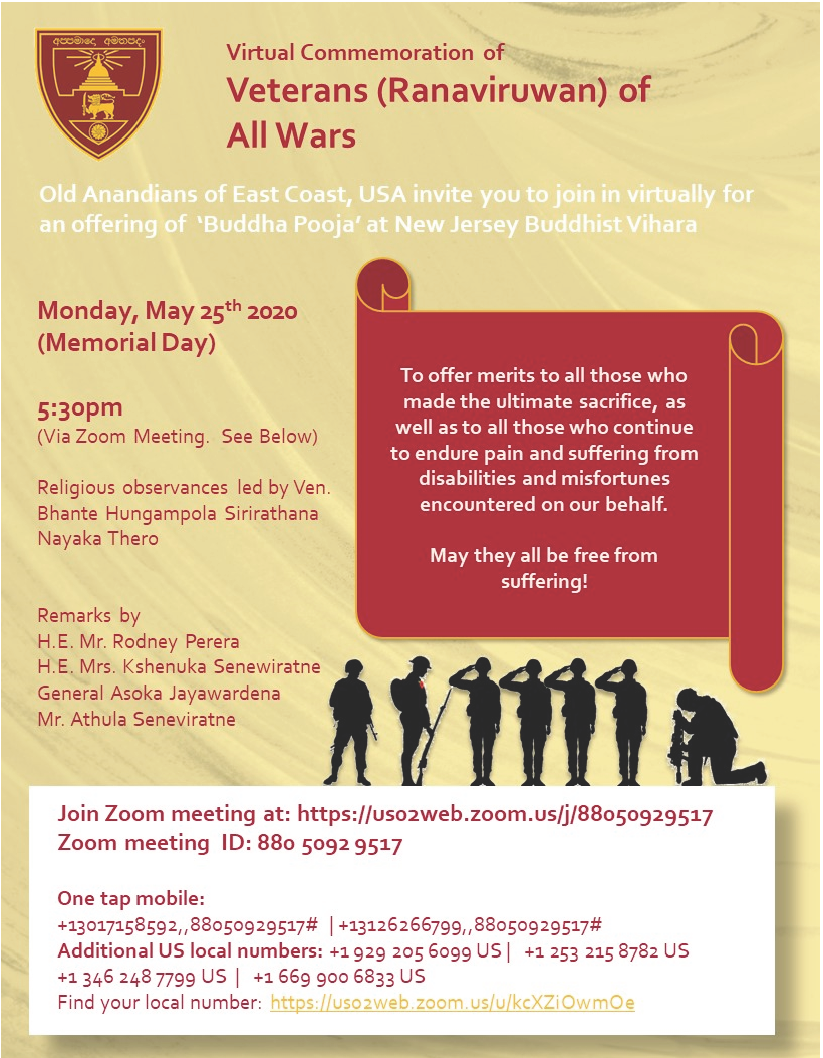 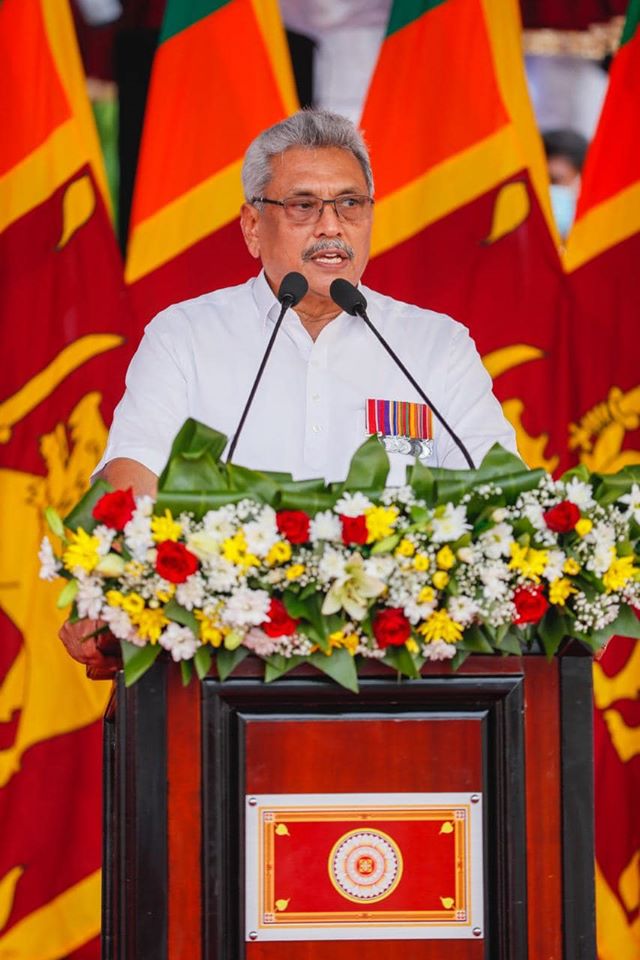