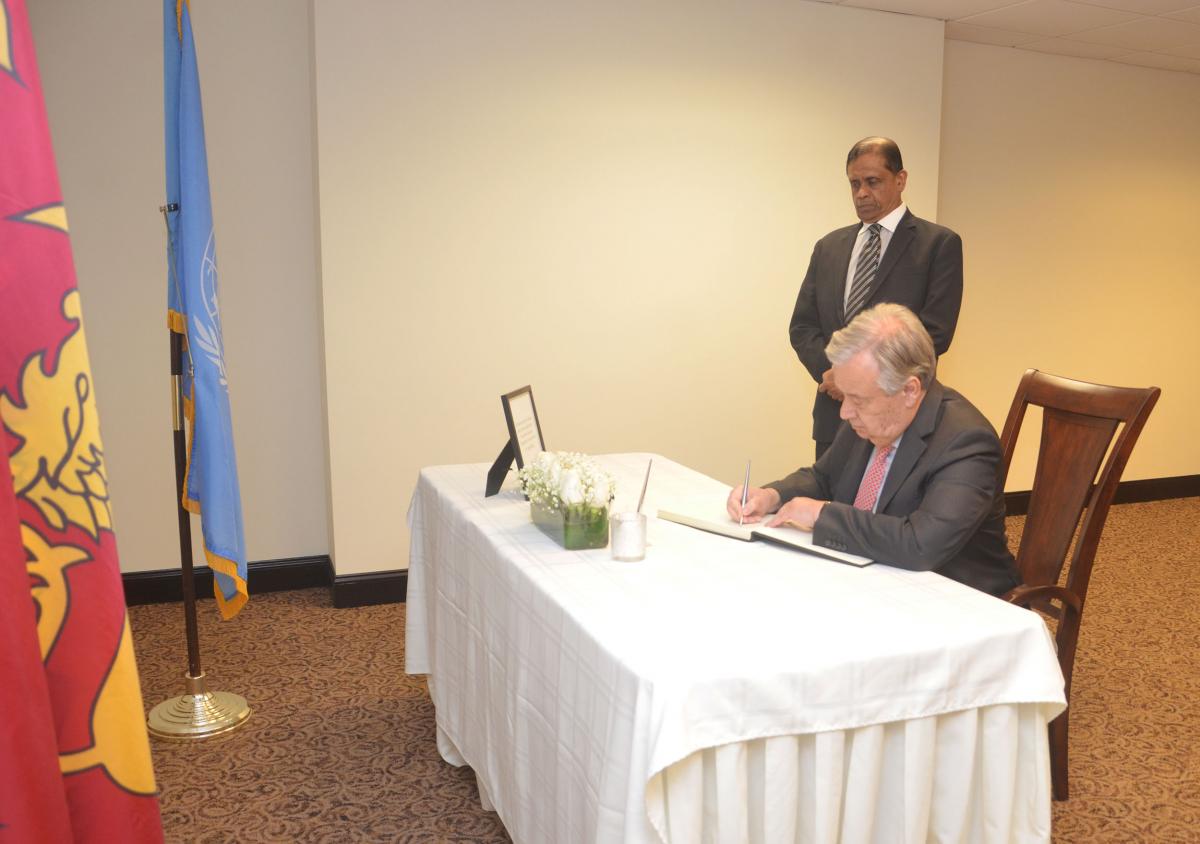 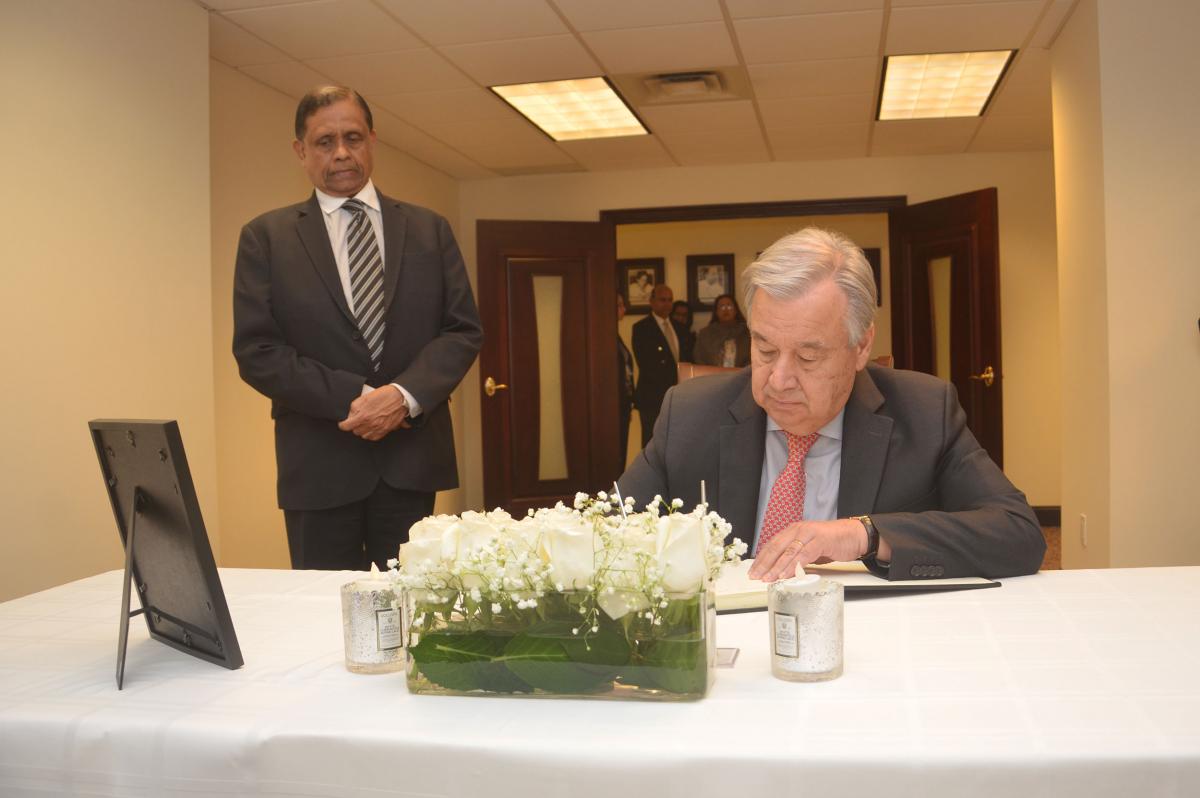 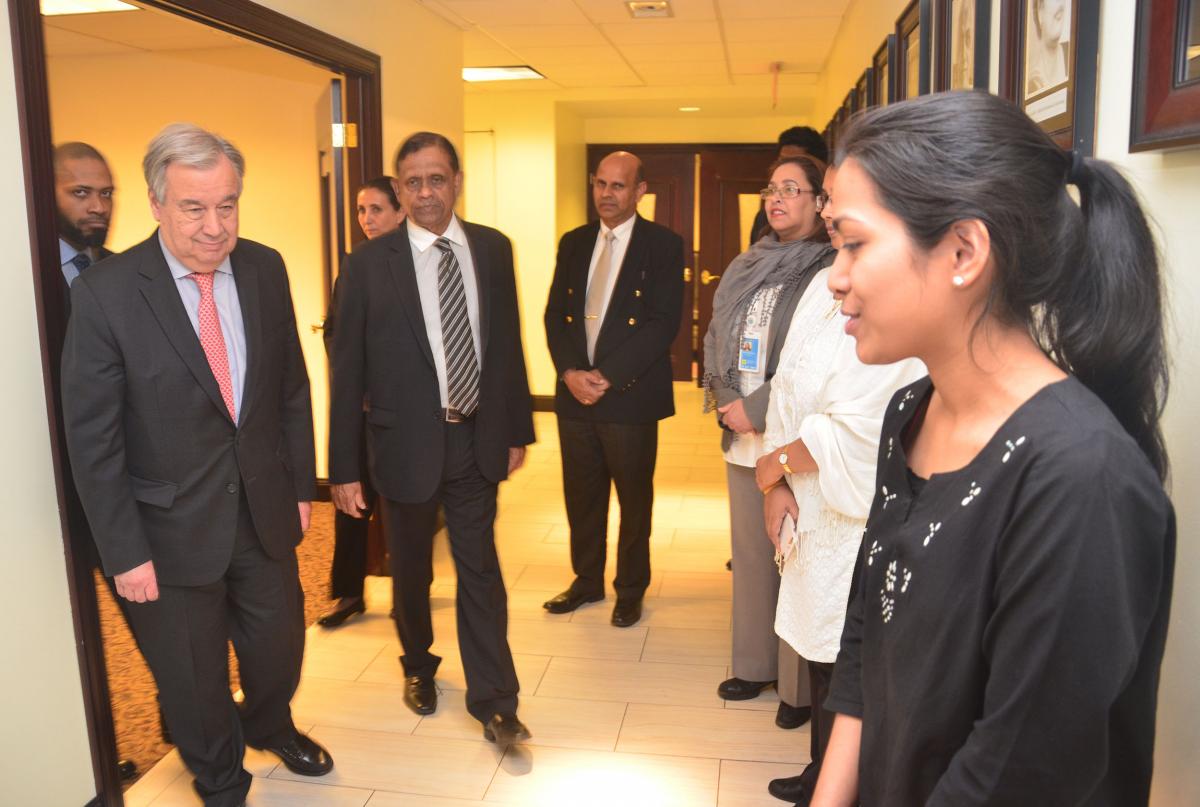 UN Secretary General Mr. Antonio Guterres visited the Permanent Mission of Sri Lanka to the United Nations on 23 April 2019 to sign the Condolence book maintained at the Mission premises in memory of the victims and all those affected by the Easter Sunday attacks on 21 April 2019. In extending his condolences to Ambassador Dr. Rohan Perera, Permanent Representative, the Secretary General said that the world must be vigilant as such strikes could happen without warning. In his message the Secretary General wrote “I want to express my total solidarity to the people and government of the wonderful country that I often visited in my past capacity, always witnessing the generosity of the Sri Lankans. My prayers are with the victims and their families and communities.”