The Permanent Mission of Sri Lanka to the UN actively participated at the Le Salon du Café/Thé – an international tasting adventure, organized by the UN Correspondents Association (UNCA) in collaboration with the Arab Ladies Club at the UN (ALUN). 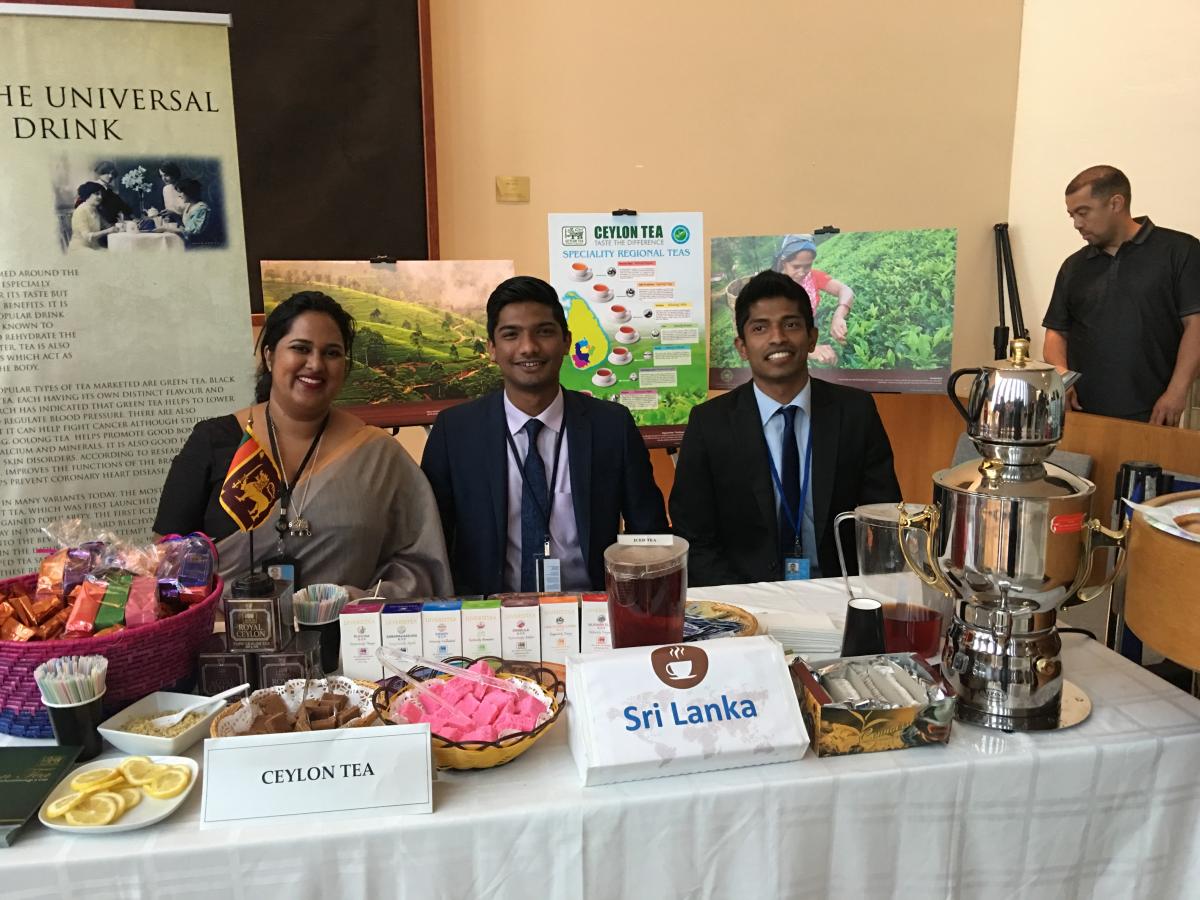 Sri Lanka, as one of the foremost tea producing countries in the world was one of about 12 countries featured at the event held on 18 May 2017 at the spacious General Assembly lobby at the UN headquarters in New York. The Sri Lanka Table offered a variety of teas including iced tea with lemon/ginger –

which was a huge hit on a hot day. Traditional tea time favorites, coconut rock and milk toffee were also a popular choice for the stream of guests that congregated at the colourful Sri Lanka/Ceylon Tea Stall. A DJ hired for the occasion by the organizers played Sri Lankan favorites such as Udarata Kandukara, Ran Kurahan Mala and Sandawathiye which provided the perfect musical backdrop for the tea tasting.

the Sri Lanka Tea Board, to mark 150 years of the world’s finest teas which will culminate with a global tea party to be held in July 2017 in New York and in other cities around the world.

Building on the momentum created at the Salon due Café/Thé, this Mission has also organized a unique photo exhibition titled “The Story of Ceylon Tea” which features a tea tasting daily from 22-26 May 2017 at the United Nations in New York. Guests will be able to learn about the health benefits of tea, experience the serenity of Sri Lanka’s cascading tea gardens, and learn about tea production from leaf to exhilarating cup. 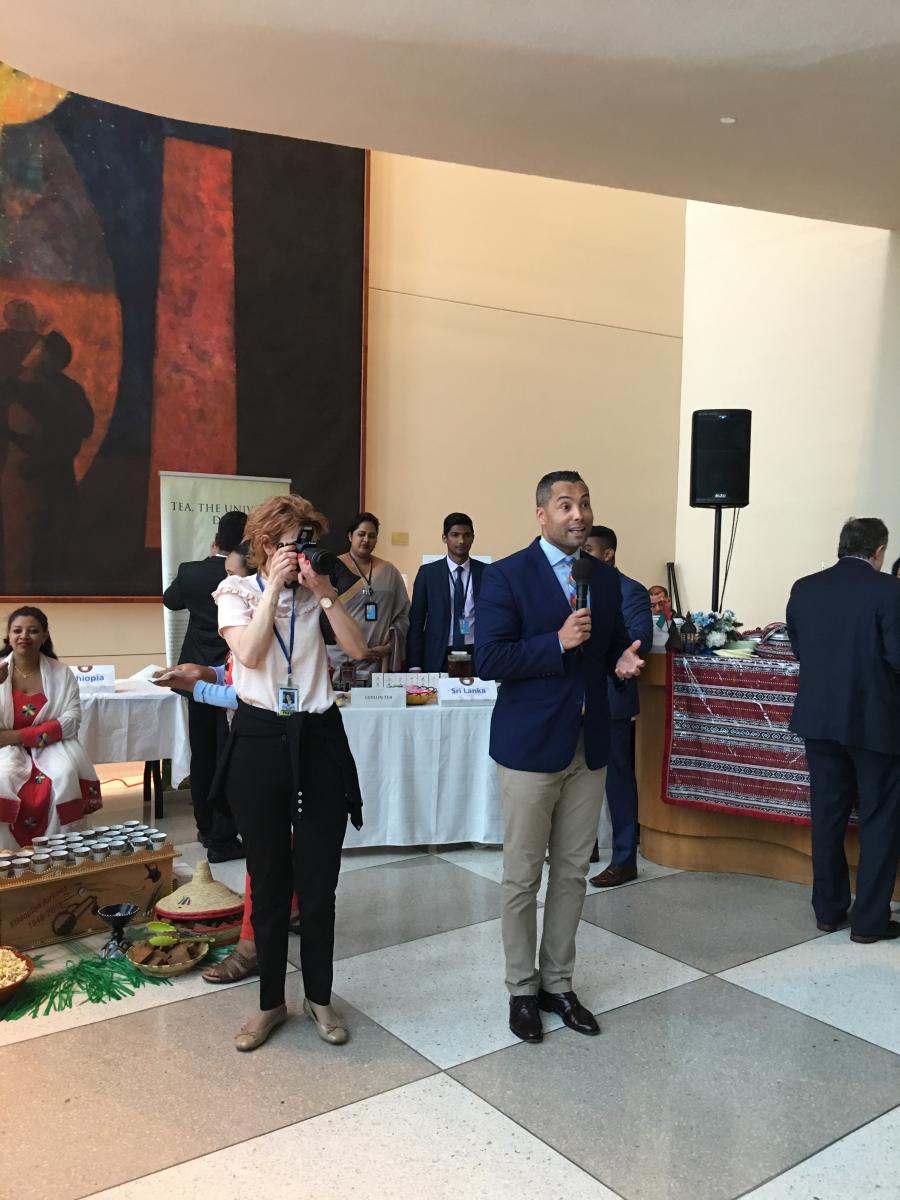 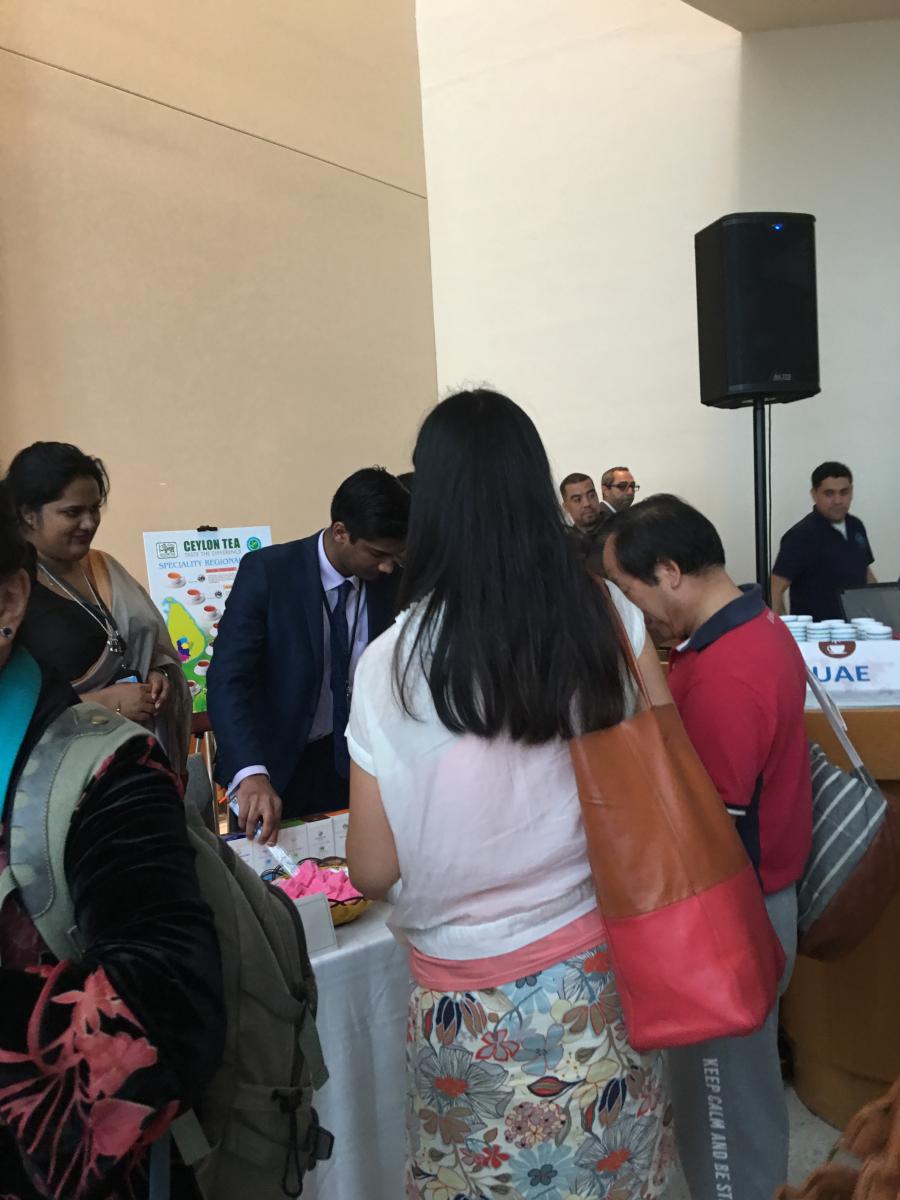