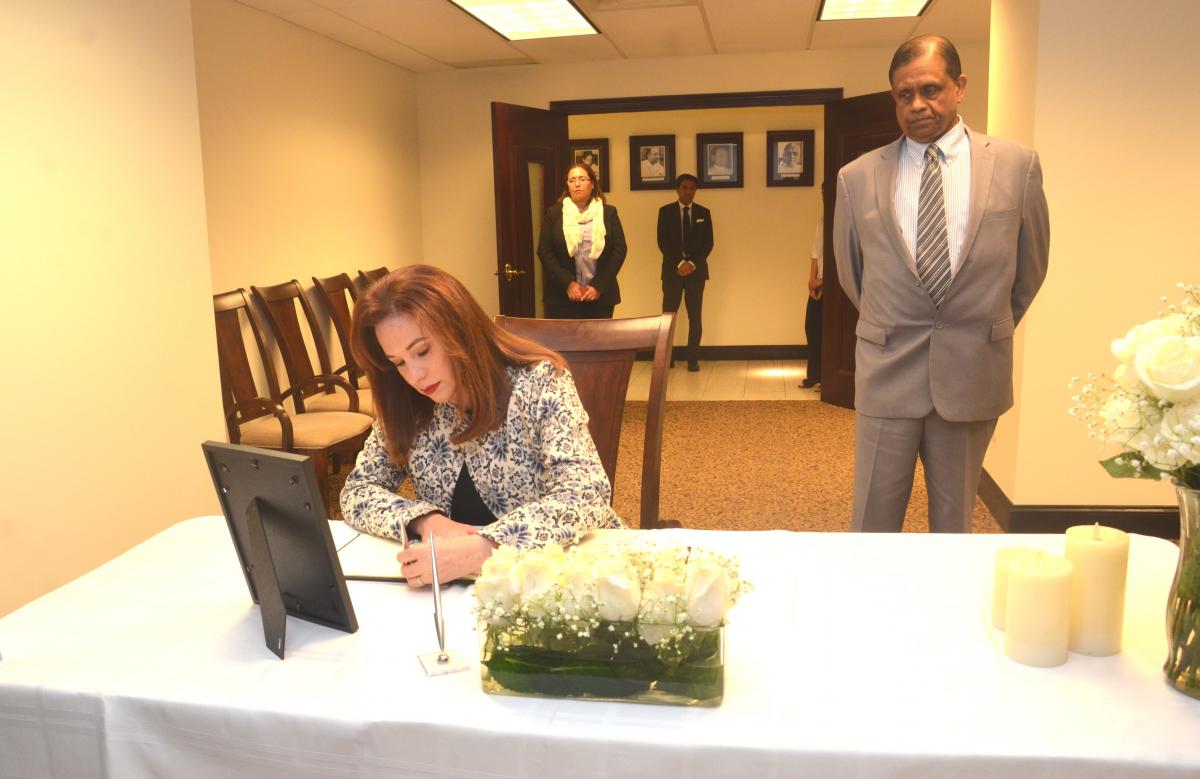 President of the United Nations General Assembly Her Excellency María Fernanda Espinosa Garcés visited the Permanent Mission of Sri Lanka to the United Nations on 25 April 2019 to sign the Condolence book maintained at the Mission premises in memory of the victims and all those affected by the Easter Sunday attacks on 21 April 2019. Ambassador Dr. Rohan Perera thanked the President for her extraordinary efforts in the General Assembly to honor the victims of the attacks, including dedicating the International Day for Multilateralism and Diplomacy for Peace on 24th April to all victims of violence and in particular to those victims of the Easter Sunday attacks. In her message the President of the General Assembly wrote” I was profoundly saddened by the horrific attacks in Batticaloa, Colombo and Negombo on Easter Sunday, 21 April 2019 – which killed Sri Lankans of all faiths and backgrounds as well as citizens of at least 15 countries. I send my deepest condolences to the government and the people of Sri Lanka. We stand in solidarity with you”.