The Permanent Mission of Sri Lanka to the United Nations organized an interfaith memorial service on 24 April 2019 in honor of the victims, their families and all those affected by the horrific events of Easter Sunday at the Mission Premises.

The New York-based diplomatic community including a large number of ambassadors attended the solemn event with Rev. Father Nalaka Silva, parochial vicar of St James Church in Woodbridge, New Jersey and priest in charge of the Catholic community of New York and New Jersey, leading the service. Religious leaders from the Catholic, Buddhist, Hindu, Muslim and Jewish faiths attended and invoked blessings upon all those affected by the tragedy.

Following a minute of silence Ambassador Perera, Permanent Representative, thanked the large gathering for their expressions of solidarity and support for the government of Sri Lanka. He said that “the inhuman and cruel acts that occurred while devotees were in prayer were against all norms of humanity and civilized behavior that we in Sri Lanka have valued over centuries. The sorrow that the Christians are undergoing is the collective sorrow of the entire nation,” he said. Archbishop Bernardito Cleopas Auza, Apostolic Nuncio and Permanent Observer of the Holy See at the United Nations, in his blessing, expressed his spiritual closeness with the people of Sri Lanka. “Sri Lanka will rise, God Bless Sri Lanka, he prayed.

Ms. Venodini Sanmuganathan, Attaché Protocol, of the Mission read out the prayer by Pope Francis invoking peace at the Vatican Gardens in 2014. Blessings were chanted by Ven. Kondangna Thero chief incumbent of the Staten Island Buddhist Vihara who said that we all experience the fear and sadness in the aftermath of the horrific attacks. He chanted from the metta sutta, blessing all families in pain so they would have the courage to recover. Sri Ravi Shivacharya, Director of the Hindu Temple Society of North America offered prayers for those killed and chanted a prayer for peace. In an inspiring message of unity Imam Abdul Azeez Muhammad Rayees, Mufti, of the Daryl Uloom Al Furquaniyyah Arabic College in Kandy

said that in terms of terrorist acts those who perpetrate such cruelty cannot be considered human. He noted that all those present at the service have one motive - not give up spreading peace in this world and always praying for peace and tranquility.

Ms. Maria Luiza Ribeiro Viotti, Chef de Cabinet of the Executive Office of the UN Secretary General, on behalf of the Secretary General extended her deepest condolences and sympathies to families and loves ones. She welcomed the call for unity by Sri Lanka’s leaders and the swift action taken on behalf of survivors. “In the face of this we stand in solidarity with one another and Sri Lanka can count on the full support of the United Nations” she said.

Ms. Penny Abeywardena, New York City Commissioner of International Affairs on behalf of the Bill De blasio Mayor of New York city, in an impassioned speech said, “New York City shares a bond with Sri Lanka through our people and we mourn with you. Sri Lankan people are woven into the fabric of New York City you are a part of us and we support you during this difficult time. We send a message of strength, resilience, and peace to our brothers and sisters grappling with this enormous loss.”

Ms. Karen Dresbach on behalf of Rabbi Arthur Schneier, President of the Appeal of Conscience Foundation said “we grieve and stand together during this tragic time. It is a painful reminder that war against terror cannot end. She also noted that they will sign an agreement with the World Muslim League on Monday 29th April at the Park East Synagogue in the presence of Cardinal Timothy Dolan, Archbishop of New York, to ensure that leaders of faith work together to protect religious sites and heritage cites regardless of religion. Ambassador Perera is scheduled to attend the signing ceremony. (ENDS) 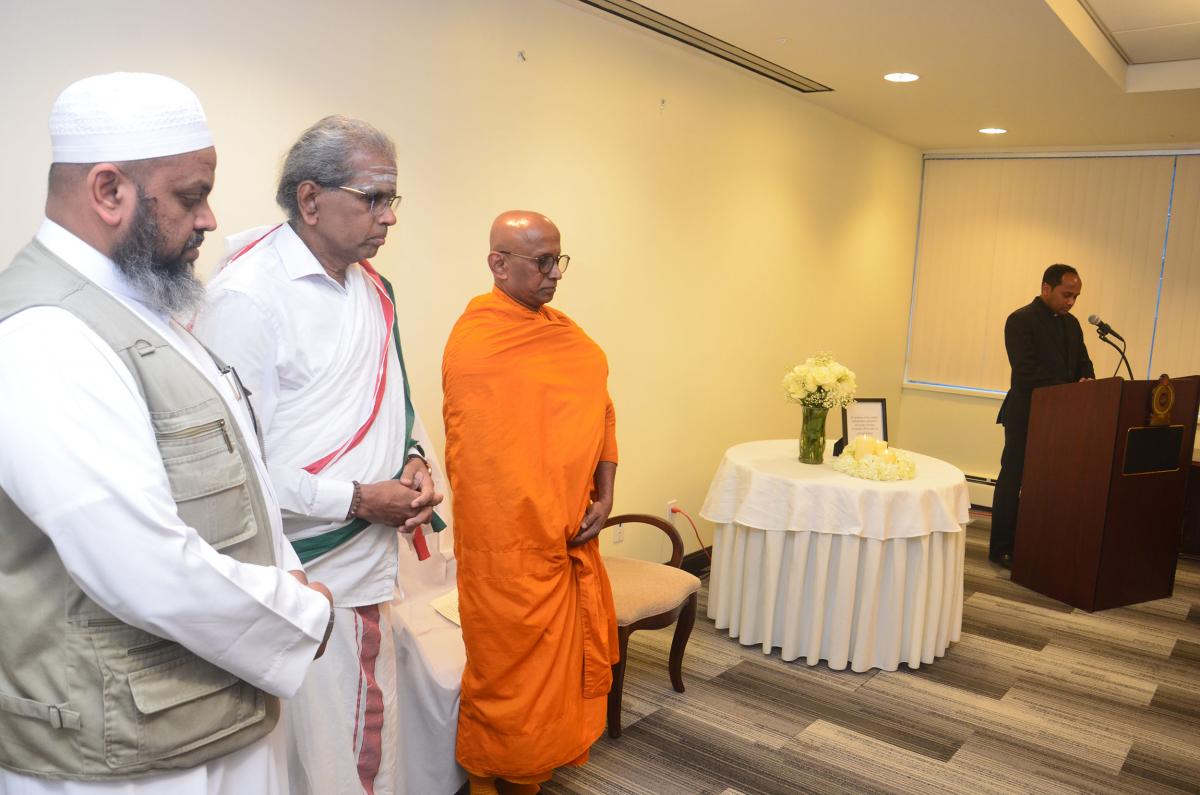 Religious leaders from the Catholic, Buddhist, Hindu, Muslim and Jewish faiths attended and invoked blessings upon all those affected by the tragedy. 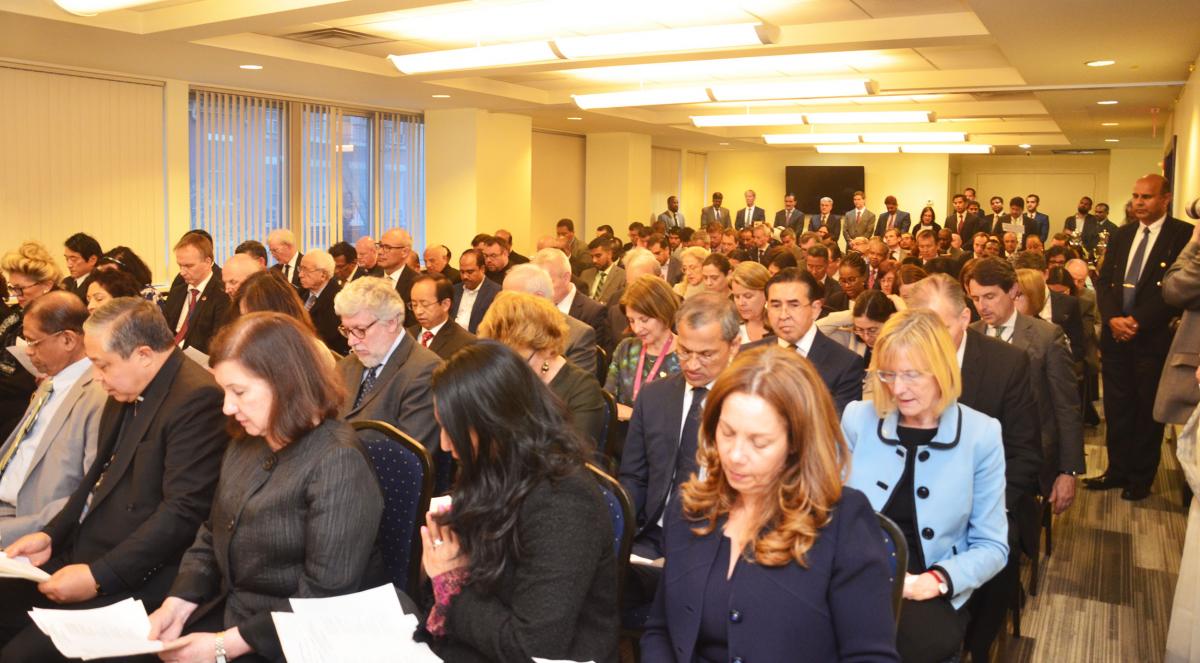