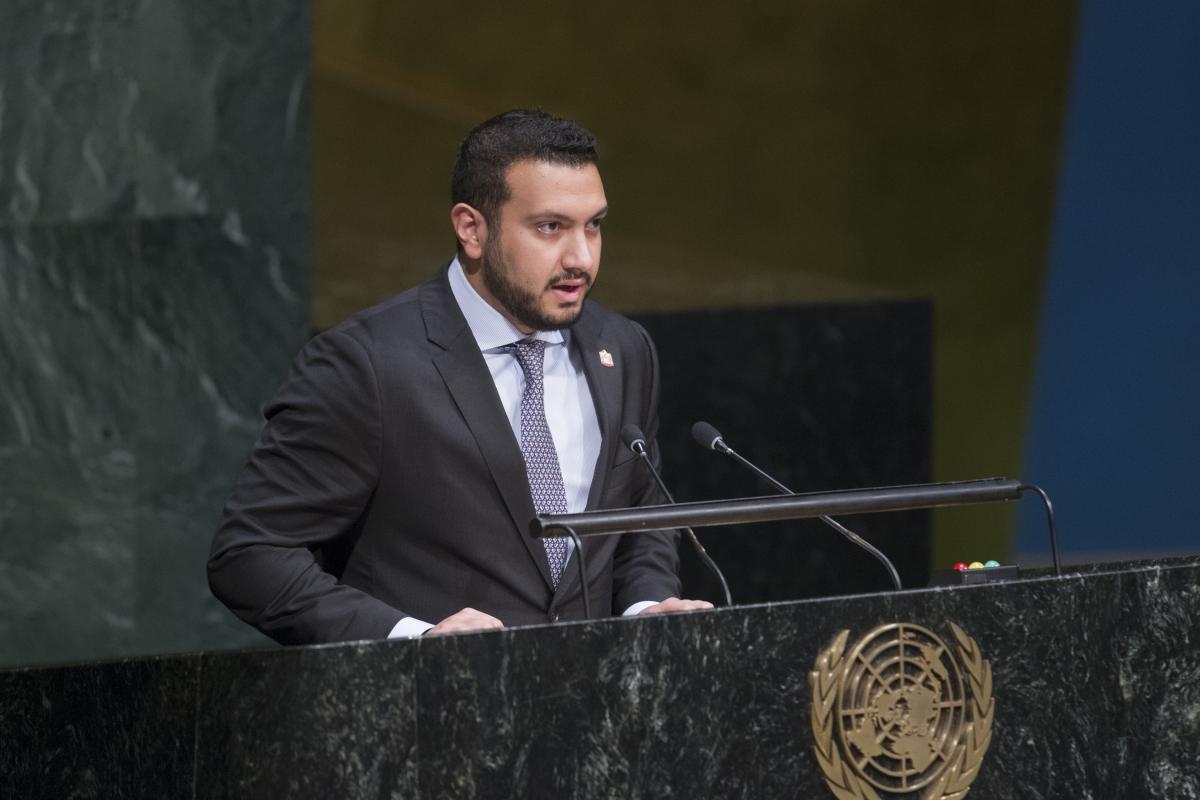 The United Arab Emirates recognizes the central and crucial role of the IAEA, in regards to the peaceful use of nuclear technology, which serves both the advancement of national nuclear power programs and other non-power applications. We believe that the Agency maintains a fundamental role in supporting the exchange of scientific knowledge and nuclear expertise among its Member States. The UAE reiterates its commitment to working closely with the IAEA and abides by its standards, as underlined in my Government’s nuclear policy principles.

The UAE is among the IAEA Member States that are developing a civil nuclear power program, with a foreseen operation date for its first reactor in the year 2017. Since the launching of its national nuclear program, the UAE has made significant progress in the development of its details and its associated infrastructure. There are currently four nuclear power reactor units under construction at the Barakah nuclear power plant, with a little over 75% of its first unit completed. In making such progress, the UAE views the Agency as a valuable partner through following its guidance, receiving required support and contributing back to the Agency’s achievements.

In meeting these milestones, the UAE continues to place the utmost importance on nuclear safety, and supports the efforts of the international community in ensuring and strengthening nuclear safety. The work of the IAEA is particularly relevant in achieving this goal. My country commends the Agency’s efforts in producing the Fukushima Daiichi Accident Report, and believes that it will be of great value in developing other program at the Agency, including peer reviews and standards work, among others.

To this end, the IAEA’s efforts in supporting the responsible global development of nuclear power is highly valuable. This includes convening high-level conferences on nuclear power, which has been an important part of the Agency’s work.

The UAE looks forward to hosting the next international conference on nuclear power in 2017 in Abu Dhabi. The UAE will make available its long and successful experience in hosting international high profile events.

My country commends the Director General’s efforts in strengthening the Agency’s Technical Cooperation activities. We remain supportive of the Agency’s approach in tailoring the technical cooperation projects to the needs of the Member States, which reserves their ownership of the respective programmes.

The UAE believes that the IAEA has a central role in promoting nuclear security through promotion of cooperation and sharing of best practices. IAEA is best suited to coordinate international efforts since nuclear security is not isolated from other nuclear matters under its auspices. My country has subscribed to and continues to implement all relevant international instruments with the objective to enhance nuclear security at the national, regional and global levels. As a country that has endorsed the Amendment to the CPPNM, the UAE welcomes the progress in the number of countries who joined the IAEA and looks forward to its early entry into force. Additionally, my country recognizes the importance of the IAEA’ safeguard system as a verification mechanism, and supports its continued development to address the challenges and meet the objective in providing creditable assurances.

In conclusion, my country looks forward to the continued cooperation with the IAEA and the international community to ensure the responsible, safe and transparent use of nuclear energy. My delegation expresses its appreciation to IAEA’s Director-General Yukiya Amano, and the Secretariat, for the tremendous work and achievements the Agency has accomplished, as reflected in the 2014 Annual Report.