Syria’s Permanent Representative to the UN Bashar al-Jaafari congratulated Antonio Guterres on his election as the next UN Secretary General. 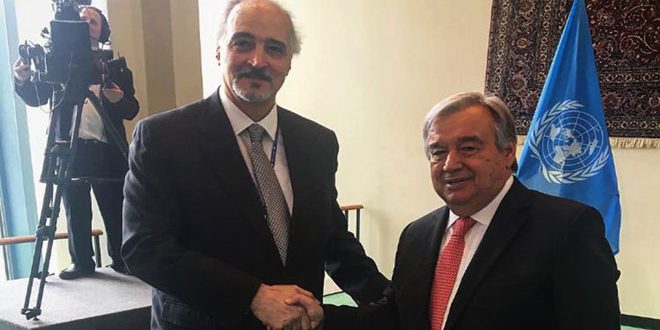 At his first press conference after his official election by the UN General Assembly on Thursday, Guterres said it was time to put aside differences on Syria and be united to fight for establishing peace in it.