Statement by H.E. Dr. Rohan Perera, Permanent Representative of Sri Lanka to the United Nations, at the 2016 Substantive Session of the UN Disarmament Commission 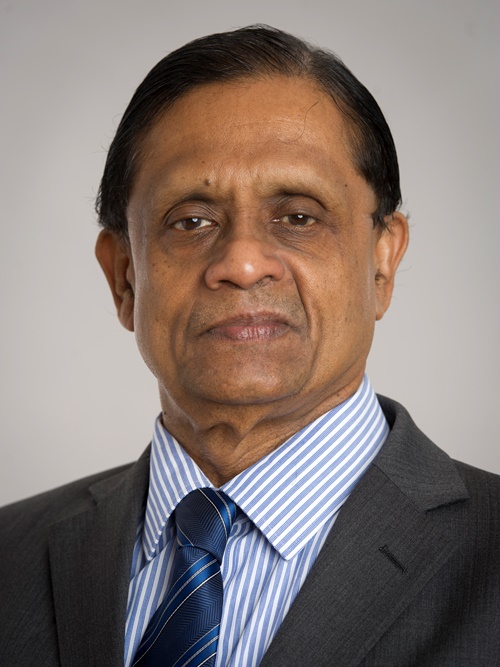 At the outset, I wish to extend our warmest congratulations to you Mr. Chairman and to other members of the Bureau as well as the Chairs of the two Working Groups as you assume the stewardship of the 2016 substantive session of the United Nations Disarmament Commission.

I also avail myself of this opportunity to commend the tireless efforts made by Ambassador Fodé Seck of Senegal as Chairman of the Disarmament Commission in its 2015 substantive session, and the important work carried out by the two Chairs of the Working Groups; Kazakhstan and Morocco.

I would like to thank Mr. Kim Won-soo, High Representative for Disarmament Affairs for his statement this morning, which provided useful insights into the contemporary issues in disarmament.

We align ourselves with the statement delivered by the distinguished representative of Indonesia on behalf of the Non-Aligned Movement.

We are at a historic crossroad. As the second year of the 2015-2017 cycle of the UN Disarmament Commission commences today, disarmament has assumed an unprecedented degree of importance in the context of the 2030 Agenda for Sustainable Development. The 2030 Agenda seeks to build “peaceful and inclusive societies for sustainable development” targeting “significant reduction of all forms of violence and related death rates everywhere”; disarmament plays a pivotal role in achieving the objectives of building peaceful and inclusive societies as envisaged in the global development agenda. It is our fervent hope that the much needed resources to achieve sustainable development could be diverted from armaments, globally.

In this context, Sri Lanka attaches great importance to the work of the UN Disarmament Commission. We reaffirm the centrality of the Commission with its universal membership as the sole specialized and deliberative body within the UN multilateral disarmament apparatus that consider specific disarmament issues and submit concrete recommendations to the General Assembly.

It is imperative that the Commission achieve concrete results in the current UNDC cycle, a task which the Commission has not been able to perform for the past fifteen years or so. This would require the demonstration of the requisite political will and flexibility on the part of Member States.

Strengthening the disarmament treaty regime is essential to ensure a rule-based regime for nuclear disarmament. In this connection, we wish to recall and reiterate our support to the key recommendations of the Weapons of Mass Destruction Commission (WMDC) (2006) specifically the paramount value of multilateralism and the overall importance of treaties and international law in reaching the goal of disarmament.

In this regard, we wish to reiterate the centrality of the NPT, including the 2010 NPT Action Plan and the 13 Practical Steps to disarmament, agreed at the 2000 NPT Review Conference and the importance of adherence to all other principal legal instruments in this field.

As the international community continues to be confronted by the specter of Terrorism, with the increasing threat of destabilization of established states, the danger of nuclear material falling into terrorist hands and its unthinkable consequences, demands our urgent attention. The starting point for international efforts to confront this danger would be the widest possible adherence to the International Convention for the Suppression of Acts of Nuclear Terrorism and also the strengthening of the Convention on the Physical Protection of Nuclear Material,inter alia, by the early entry into force of the 2005 Amendment to the Convention.

Sri Lanka has long held the view that the outer space is a part of the common heritage of humanity and all humankind should have an equal opportunity to explore and utilize it for peaceful purposes, and for the common benefit of humanity through cooperation.

We consider that while space exploration and utilization of outer space and its environment offer ample opportunities to humankind, they also bestow on the space actors the responsibility to preserve the space environment free from conflict and to prevent it from becoming an arena for the arms race.

We recognize that the existing legal framework on Outer Space as represented by the Outer Space Treaty, needs to be strengthened since the political climate concerning the outer space sustainability and security has changed drastically. Militarization and the potential weaponisation of the Space environment have underlined the danger of Outer Space becoming a contested area and a source for future conflict.

We believe that conclusion of an International Agreement on the Prevention of the Arms Race in Outer Space would contribute in averting its catastrophic effect on humanity.

As we work towards our shared objective of a world free of Nuclear Weapons we would also like to highlight the importance of disarmament education and research. In this regard, we wish to commend the work carried out by the United Nations Institute for Disarmament Research (UNIDIR). It is vital that UNIDIR’s work be supported by as broad a representation of Member States as possible in order for the Institute to effectively carry out its unique mandate.

Regional disarmament mechanisms play a significant role in complementing and promoting the global agenda for peace and disarmament. In this regard, we wish to express our satisfaction at the activities carried out by the UN Regional Centre for Peace and Disarmament in Asia and the Pacific and to acknowledge its role in promoting UN activities at the regional level to strengthen peace, stability and security.

We are grateful to the Government of Nepal for its support for the Centre to operate from Kathmandu. We believe that it is imperative for the Regional Centre, in keeping with resolution 70/65, to move at the earliest its operations back to Kathmandu from Bangkok where the Centre was temporarily relocated following last year’s earthquake.

Sri Lanka remains committed to striving with all States and other Stakeholders, to make nuclear disarmament realizable and bring peaceful uses of nuclear technology within reach. My delegation looks forward to constructive deliberations at this substantive session.