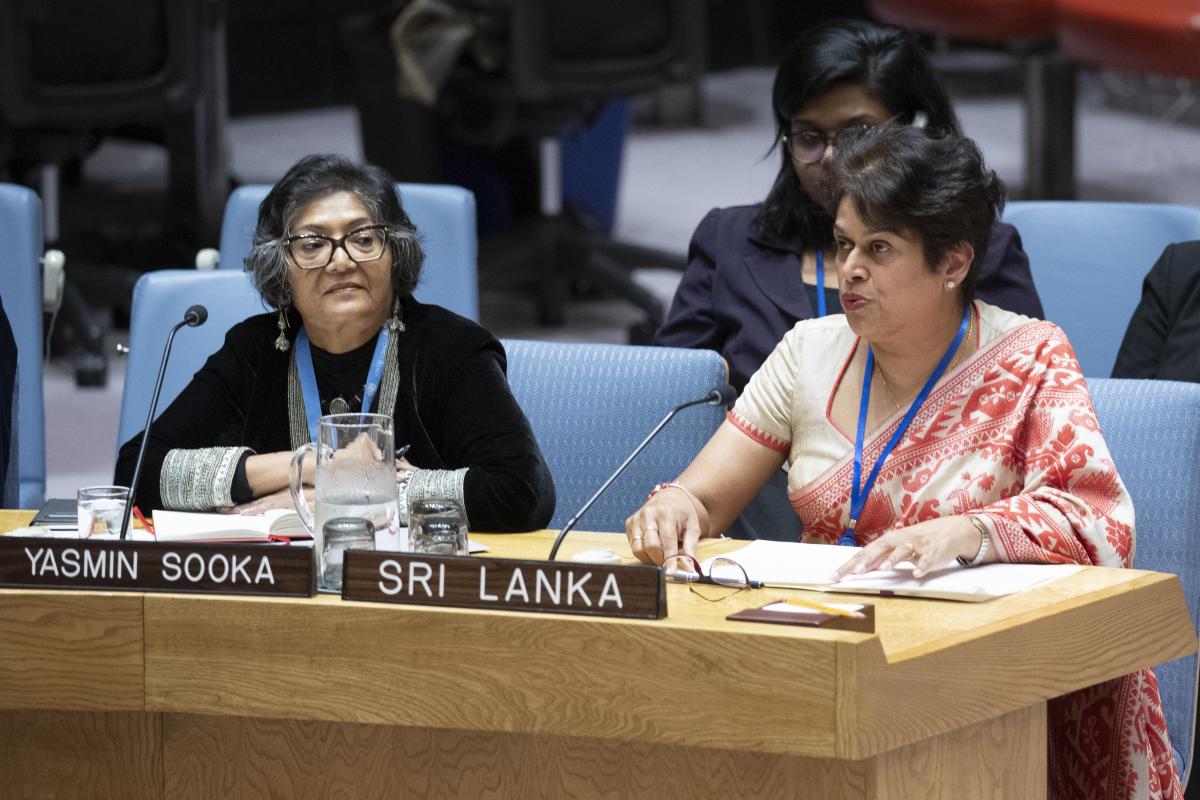 My delegation warmly congratulates Belgium on the assumption of the Presidency of the Security Council for the month of February 2020, and we are confident of a fruitful tenure, based on the country’s known diplomatic skills.  We thank the 3 briefers for their educative exposes.

Sri Lanka aligns itself with the statement made by Azerbaijan on behalf of the Non-Aligned Movement.

As this august body is aware, Sri Lanka is presently at a juncture of transition after near three decades of brutal separatist terrorism, to an era of reconciliation and sustaining the hard won peace. Believe therefore, that the deliberations of this open debate could have some relevance to Sri Lanka’s envisaged path to reconciliation. Sri Lanka’s engagement today is in keeping with the Government’s vision, for a country that embodies the universal values of human rights, justice, rule of law and good governance while ensuring economic dividends to its people.

You would no doubt agree that the post-conflict milieu of each country is unique. There are no two post-conflict situations where similar prescriptive remedies can be applied. Comparative experiences of countries which have traversed the path of post-conflict transition and reconciliation, have often made deliberate efforts to maintain a balance between the speed of the transitional justice process and the desired standard, which includes inclusiveness, comprehensiveness and sustainability.

The basic tenet of a transitional justice process is the application of its theoretical principles on State obligations. It is the State that needs to pursue truth, justice, reparations and guarantees of non-recurrence.

Sri Lanka is one of the oldest democracies in Asia, and the newly elected President of Sri Lanka, His Excellency President Gotabaya Rajapaksa in his address to the Nation at the 72nd Independence celebrations, pledged to work towards guaranteeing the human rights and political and economic freedom for the people in a truly democratic country. In this context, he espoused that every citizen of Sri Lanka has the right to live freely and securely, holding independent opinions, following the religion of choice and freedom of association and assembly, as these are rights of human beings that no one can challenge.

It is pertinent to reiterate that action by the Sri Lankan security forces during the conflict was against a group designated as a terrorist organization by many countries, and even described as ruthless by some, and not aimed at any community in the country. The modus operandi of suicide attacks by this terrorist group which for the first time in recent history deliberately targeted civilians have now been adopted expansively by similar groups globally. It is therefore appropriate that when seeking mechanisms of transitional justice, related simple theories would need to take cognizance of the various historical, cultural and religious sensitivities. Further, timelines evolved externally in achieving stated objectives would only seek to hinder the process of reconciliation since they would be bereft of ground realities.

Promoting a peaceful, just and reconciled society is not only an objective in itself, but also a pre-requisite for a sustainable and inclusive approach to development that leaves no one behind. As a sovereign State, Sri Lanka will continue to establish its own priorities towards this end. In our experience, while certain lessons can be learnt from others, it is imperative to chart our own path to reconciliation in order for it to be sustainable. Sri Lanka is therefore committed, to find innovative and pragmatic solutions driven by the domestic context to protect the country’s national interest guided by the provisions of the Constitution, and the will of the citizens expressed through democratic means.

In this context, Sri Lanka looks forward to continue its cooperation with the international community through capacity building and technical assistance in mutually agreed areas, in keeping with domestic priorities and policies.