Mitratva Magga -Path of Friendship: Towards Growth and Prosperity 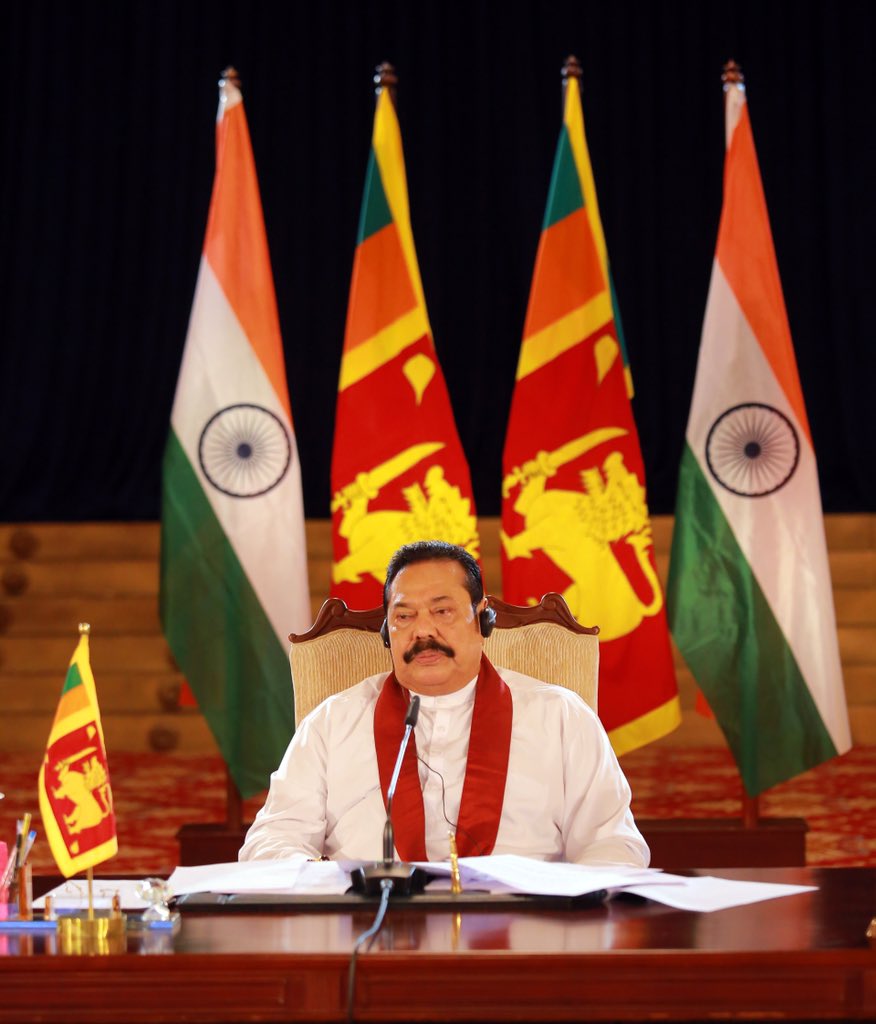 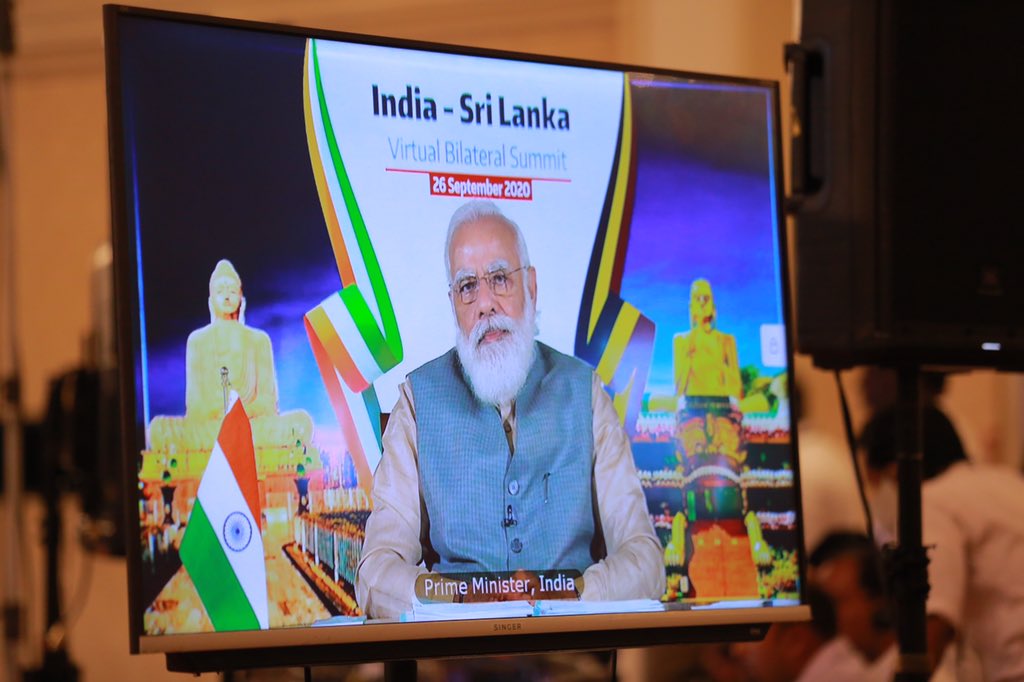 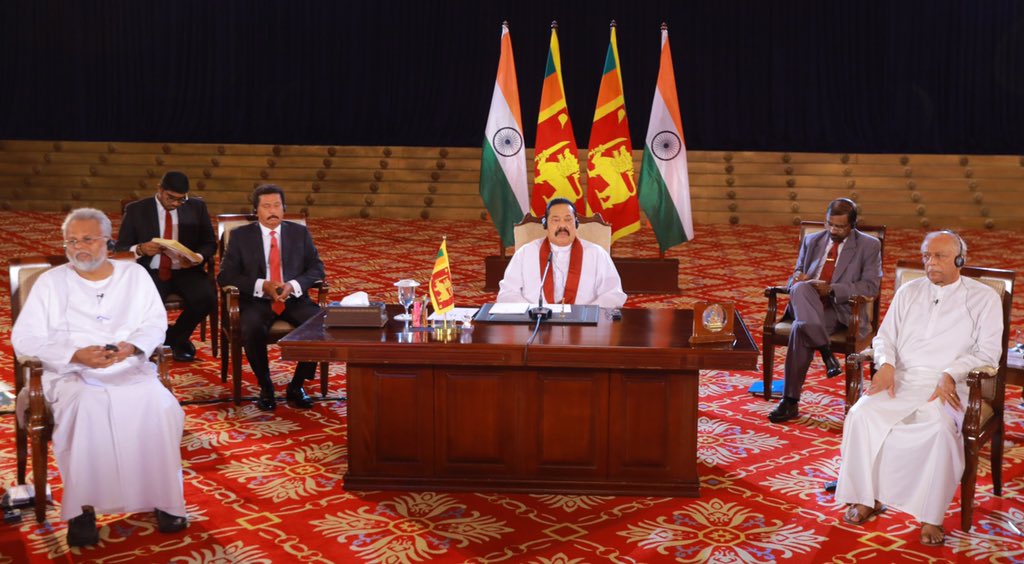 3. Both the  leaders recalled the successful State Visits by President Gotabaya Rajapaksa and Prime Minister Mahinda Rajapaksa to India in November 2019 and February 2020, respectively. These visits gave clear political direction and vision for the future of the relationship.

4. Prime Minister Mahinda Rajapaksa commended the strong leadership shown by Prime Minister Modi in the fight against COVID-19 pandemic based on a vision of mutual support and assistance to the countries of the region. Both leaders agreed that the current situation presented a fresh opportunity to give added impetus to bilateral relations. Both the leaders expressed happiness that India and Sri Lanka worked very closely in dealing with the COVID-19 pandemic. Prime Minister Modi reaffirmed India’s continued commitment for all possible support to Sri Lanka for minimising the health and economic impact of the pandemic.

5. To give a further impetus to the bilateral relationship, the two leaders agreed to:

(i)            Enhance cooperation to combat terrorism and drug trafficking including in the fields of intelligence, information sharing, de-radicalization and capacity building.

(ii)           Continue the fruitful and efficient development partnership in accordance with the priority areas identified by the Government and people of Sri Lanka and to further broad base the island wide engagement under the Memorandum of Understanding for Implementation of High Impact Community Development Projects (HICDP) for the period 2020-2025.

(iii)          Work together to expeditiously complete construction of 10,000 housing units in the plantation areas, which was announced during the visit of Prime Minister Modi to Sri Lanka in May 2017.

(iv)          Facilitate an enabling environment for trade and investment between the two countries and to deepen integration of supply chains in the backdrop of the challenges posed by the COVID-19 pandemic.

(v)           Work towards early realization of infrastructure and connectivity projects including in the sectors of Ports and Energy through close consultations as per the Bilateral Agreements and MoUs, and strong commitment towards a mutually beneficial development cooperation partnership between the two countries.

(vi)          Deepen cooperation in renewable energy with particular emphasis on solar projects under the US$ 100 million Line of Credit from India.

(vii)         Strengthen technical cooperation in the areas of agriculture, animal husbandry, science & technology, health care and AYUSH as well as skill development by increased training of professionals thereby realizing the full potential of the demographic dividend in both the countries.

(viii)        Further strengthen people to people ties by exploring opportunities in the field of civilizational linkages and common heritage such as Buddhism, Ayurveda and Yoga. Government of India will facilitate visit of a delegation of Buddhist pilgrims from Sri Lanka to the sacred city of Kushinagar, which has recently been announced as an International Airport recognizing its significance in Buddhism.

(ix)          Facilitate tourism by enhancing connectivity and by early establishment of an air bubble between the two countries to resume travel, bearing in mind threat posed by Covid-19 pandemic and to take all necessary preventative measures.

(x)           Continue engagement to address the issues related to fishermen through regular consultation and bilateral channels according to the existing frameworks and shared goals including the UN Sustainable Development Goals.

(xi)          Strengthen cooperation between armed forces of the two sides including through mutual exchange of personnel visits, maritime security cooperation and support to Sri Lanka in the spheres of defence and security.

6. Prime Minister Mahinda Rajapaksa welcomed the announcement made by Prime Minister Modi of India’s grant assistance of US$ 15 million for promotion of Buddhist ties between the two countries. The grant will assist in deepening the people-to-people linkages between the two countries in the sphere of Buddhism including inter alia through construction/renovation of Buddhist monasteries, capacity development, cultural exchanges, archaeological cooperation, reciprocal exposition of Lord Buddha’s relics, strengthening engagement of Buddhist scholars and clergy etc.

7. Prime Minister Modi called on the Government of Sri Lanka to address the aspirations of the Tamil people for equality, justice, peace and respect within a united Sri Lanka including by carrying forward the process of reconciliation with the implementation of the Thirteenth Amendment to the Constitution of Sri Lanka. Prime Minister Mahinda Rajapaksa expressed the confidence that Sri Lanka will work towards realizing the expectations of all ethnic groups including Tamils, by achieving reconciliation nurtured as per the mandate of the people of Sri Lanka and implementation of the Constitutional provisions.

8. Both leaders acknowledged the increasing convergence on regional and international issues of mutual engagement, including within the frameworks of the SAARC, BIMSTEC, IORA and the United Nations system.

9. Recognizing that BIMSTEC is an important platform for regional cooperation linking South Asia with South East Asia, both leaders agreed to work together to ensure a successful BIMSTEC Summit to be hosted under the Chairmanship of Sri Lanka.

10. Prime Minister Mahinda Rajapaksa congratulated Prime Minister Narendra Modi for the strong support received from the international community for India’s election as a non-permanent member of the UN Security Council for the term 2021-2022.