Foreign Relations Minister Dinesh Gunawardena conveyed Sri Lanka’s appreciation for the development partnership United States has extended to Sri Lanka as well as respect and appreciation for the democratic processes in the country. He articulated these sentiments during discussions in Colombo with US Principal Assistant Secretary of State Ambassador Alice Wells at the Ministry of Foreign Relations this (14 January) morning. 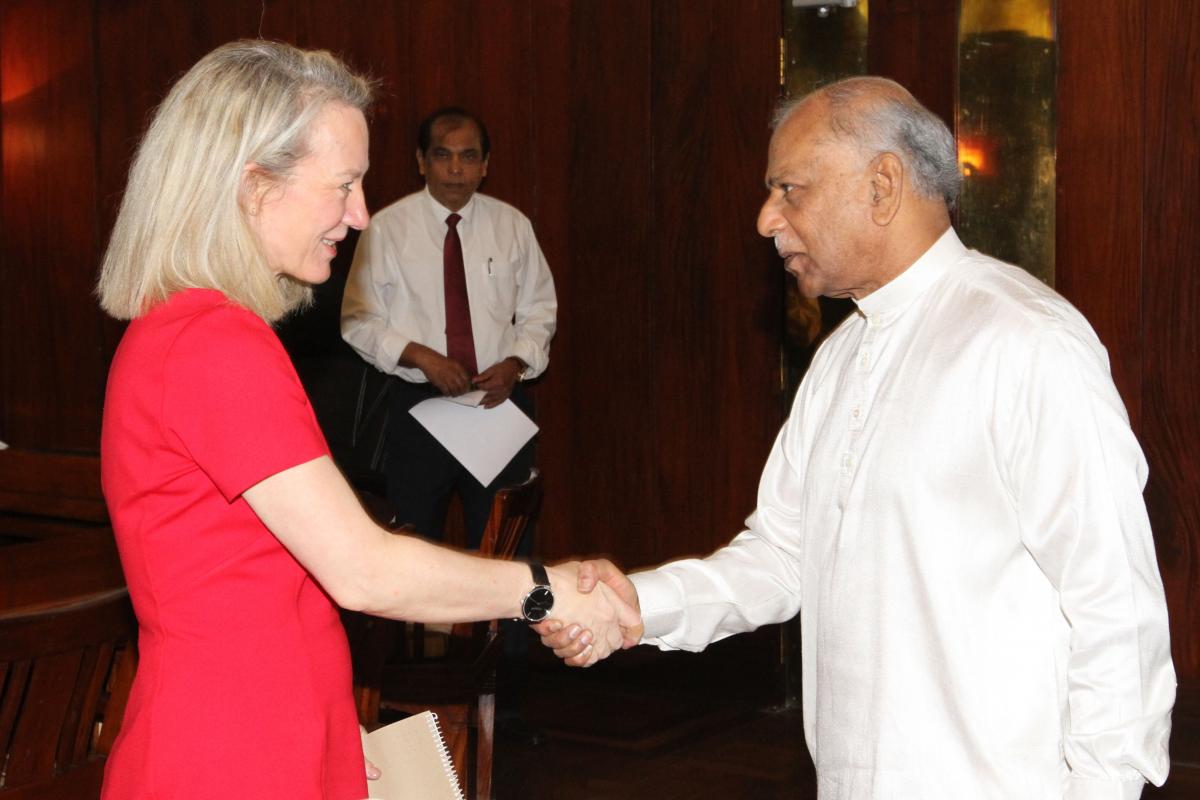 Referring to the shared values of democracy, Ambassador Wells commended Sri Lanka for the democratic processes that had been sustained as witnessed by the successful conclusion of the Presidential election recently. While articulating the US strategic vision of the region, Ambassador Wells, conveyed the keen desire of the United States to build a stronger relationship with Sri Lanka and underscored the importance the US places on the bilateral engagement. The discussions considered initiatives to enhance cooperation in the areas of economic and business, education, defence, maritime affairs and military to military ties, and counter terrorism cooperation as well as initiatives under the US Indo-Pacific strategy.

Minister Gunawardena while appreciating the US grant assistance emphasized the need for greater market access for Sri Lankan products and greater investment in Sri Lanka. He conveyed Sri Lanka’s commitment to strengthen the US – Sri Lanka relationship in all areas of cooperation including linking businesses of the two countries, intensifying engagement in the security and maritime spheres, enhancing tourism, and focused cooperation in technology and innovation etc.  It was agreed that the two sides work together to increase foreign direct investment from the US to Sri Lanka. The US delegation was also briefed on the developments in Sri Lanka and the renewed efforts in the areas of reconciliation and development.  The Minister emphasized that with the stability established by the government, confidence is building within the country as well as outside in the economic, business and political spheres.

Ambassador Wells had calls on President Gotabaya Rajapaksa and Prime Minister Mahinda Rajapaksa during her stay in Sri Lanka.

The US Principal Assistant Secretary Ambassador Wells was joined by Ms. Lisa Curtis Deputy Assistant to the President and Senior Director of the US State Department.  Foreign Secretary Ravinatha Aryasinha and senior officials of the Ministry, were associated with the Minister during the talks. 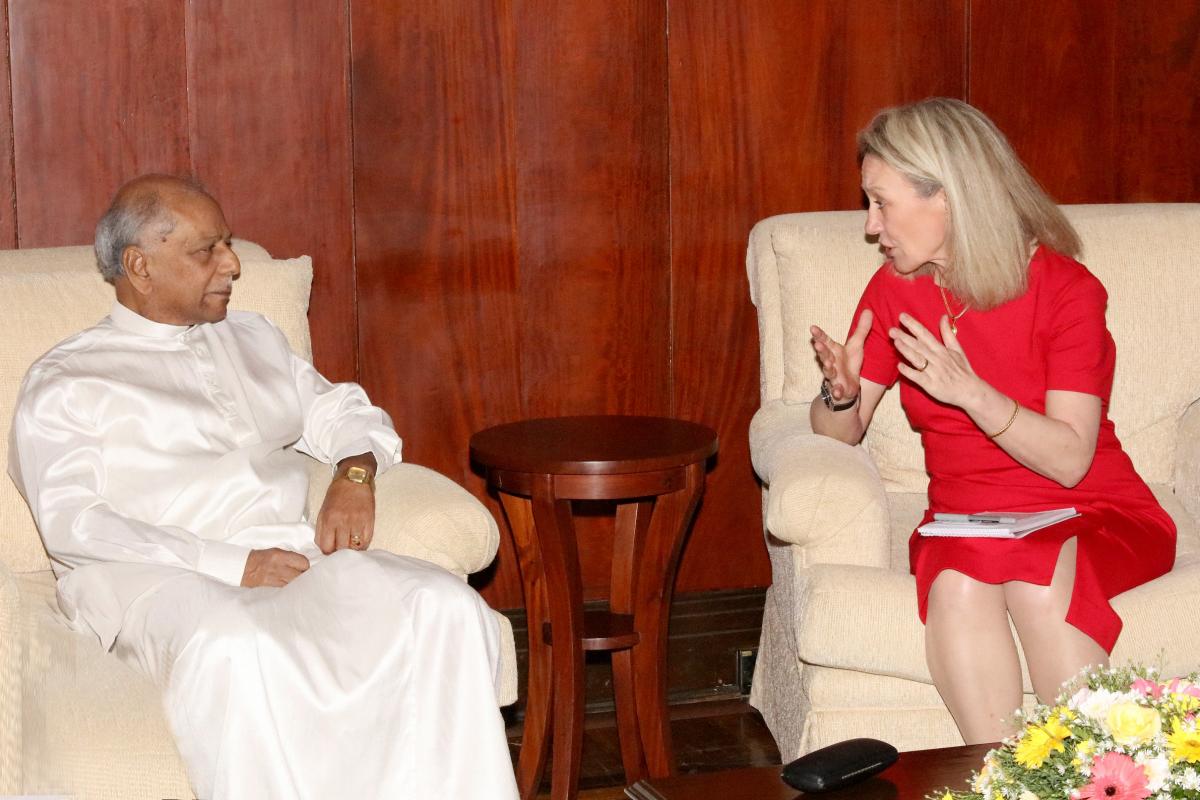 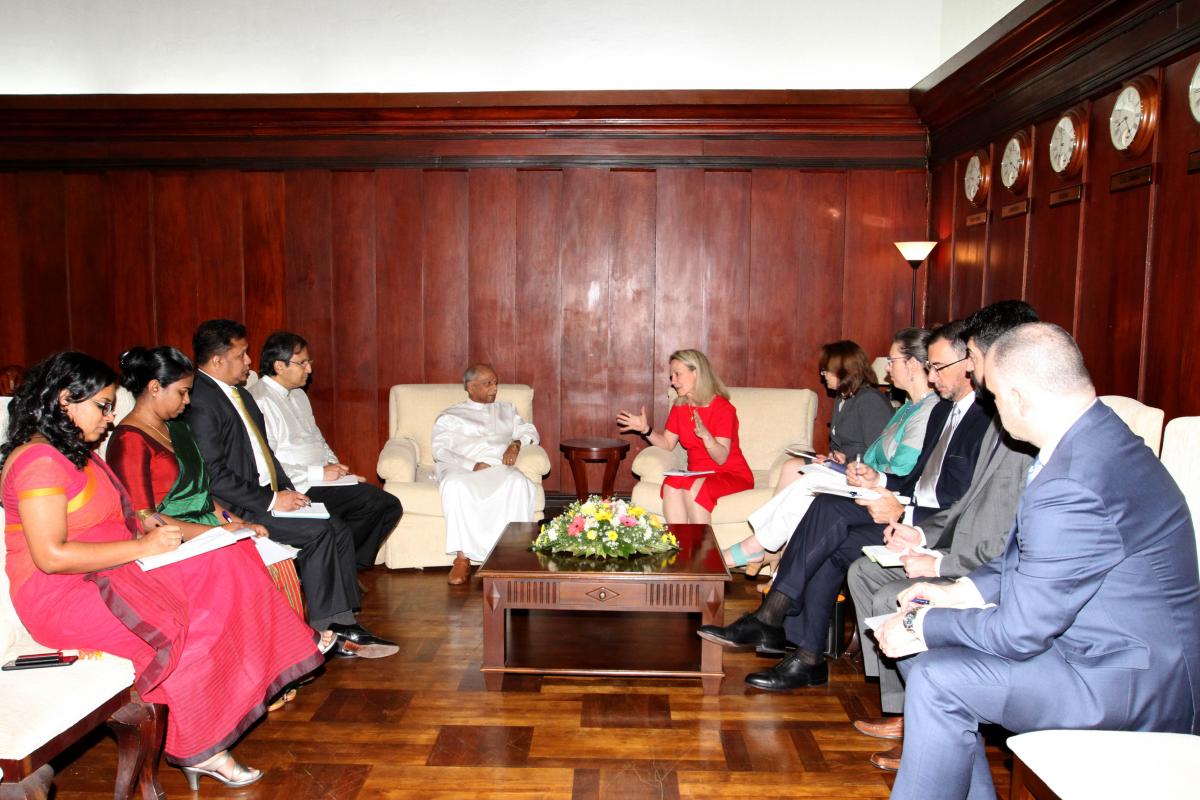