The Story of Ceylon Tea

Flavor of the Month

A spectacular week long photo exhibition of Ceylon tea including a tea tasting titled “The Story of Ceylon Tea” is currently on display from 22-26 May 2017 at the United Nations in New York, to celebrate 150 years of Ceylon Tea. The exhibition featuring banner style story boards narrating the story of Ceylon Tea, photographs that include beautiful B&W prints of a bygone era and large colorful panels detailing the health benefits of tea is organized by the Permanent Mission of Sri Lanka to the United Nation in New York in collaboration with the Sri Lanka Tea Board. 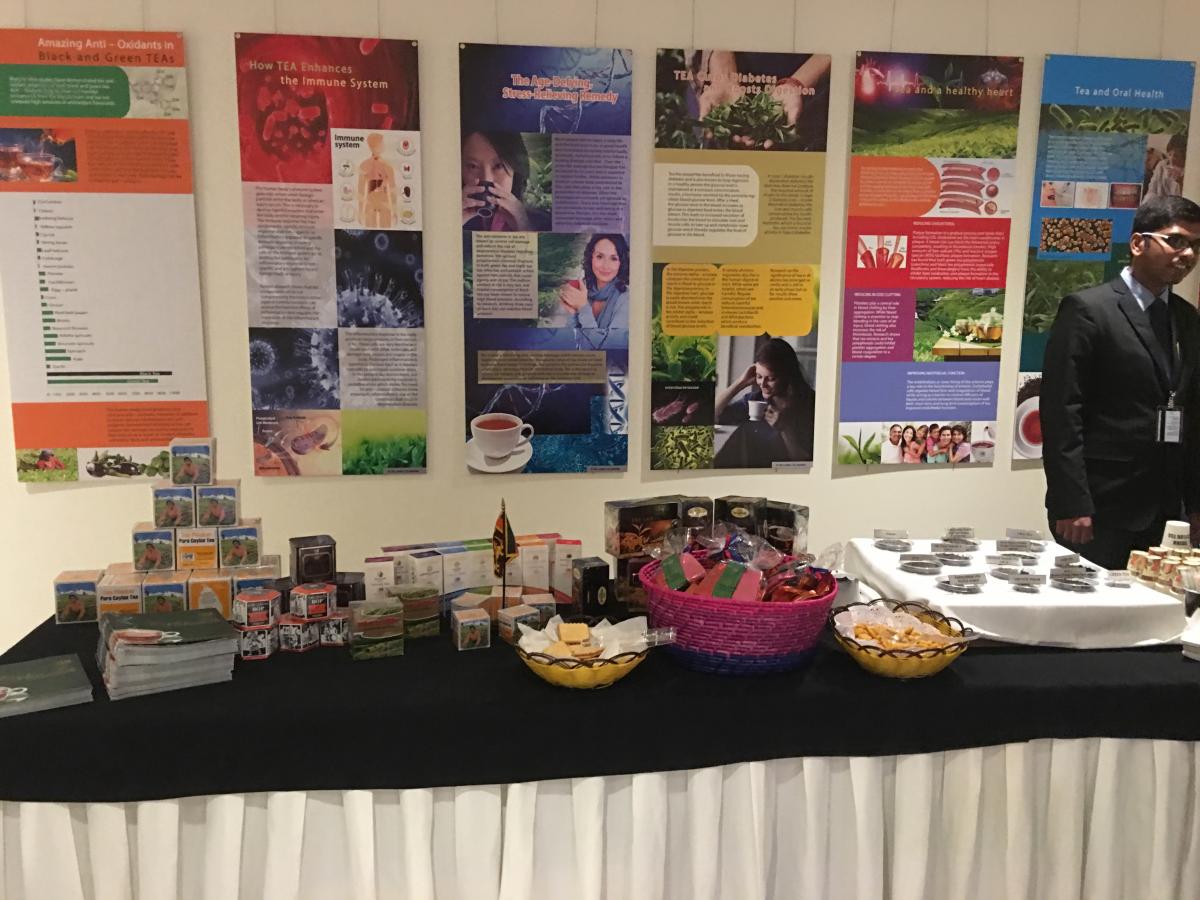 The featured daily tea tasting from 1:00PM – 3:00PM during the week long exhibition is currently attracting more than 150 guests per day. Guests queue up to taste different flavored teas, Sri Lankan tea biscuits including the traditional lemon puff and cheese bits, smell the aroma of Sri Lanka tea samples on display, view the gift teas and exhibits, experience the serenity of Sri Lanka’s cascading tea gardens, and learn about tea production from leaf to exhilarating cup. Inquiries about how to purchase Ceylon Tea in New York have been mounting at the exhibition with many wanting to purchase the colorful packs on display.

To cater to the demand for Ceylon Tea generated by the current exhibition and popular tea tasting, the Mission will prominently participate in another event - the Annual UN International Bazaar which will feature a wide variety of Sri Lankan teas including other Sri Lankan produce and cuisine. This Bazaar will also be held at the UN premises on 25 May 2017. The International Bazaar organized by the UN Women’s Guild annually, brings together all Missions to share the best of their culture, national cuisine, handmade crafts, and traditions. It is aimed to help children all over the world. This year’s proceeds will benefit Syrian Refugees. 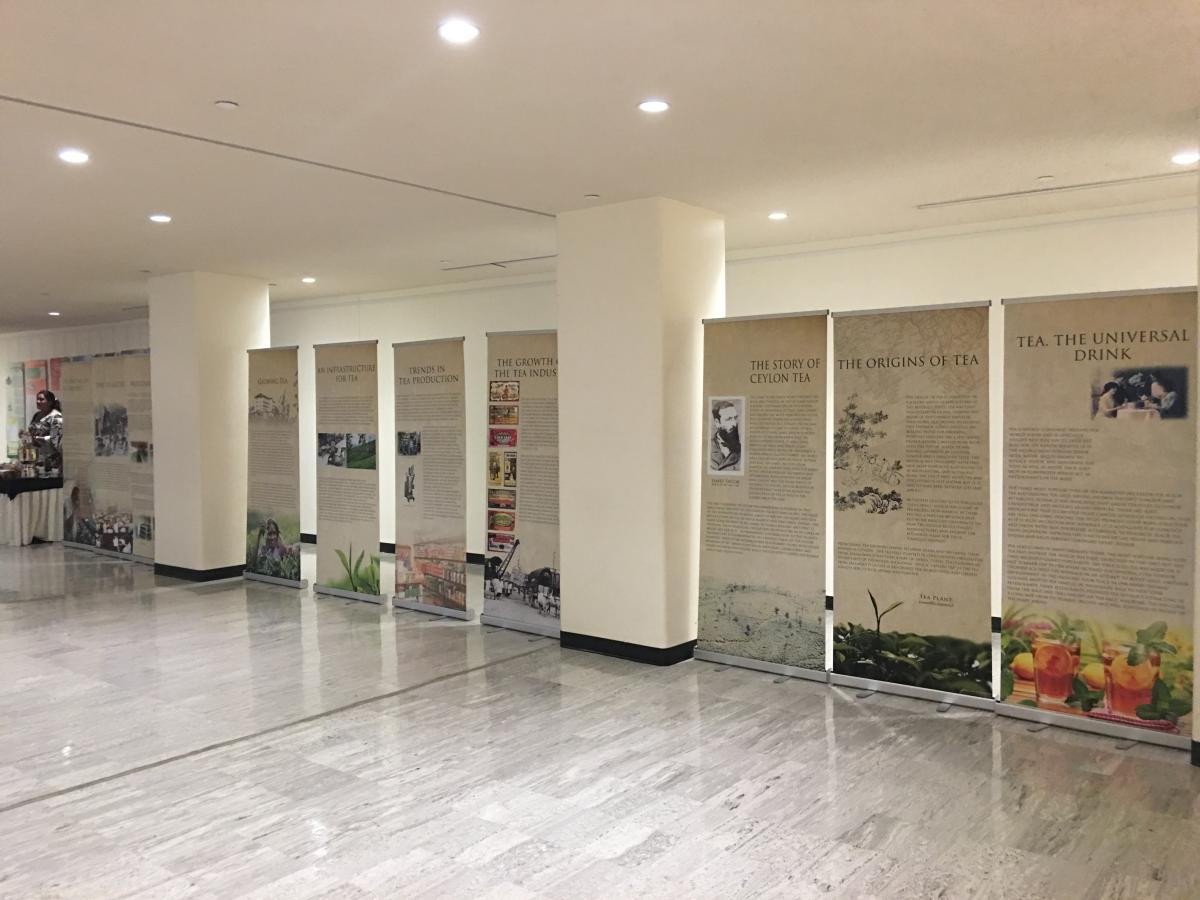 Tea has been the flavor of the month at the United Nations in New York due to the enthusiastic participation and organization of events by the Permanent Mission of Sri Lanka to the UN in the month of May. Last week on 18 May 2017 the Mission actively participated at the Le Salon du Café/Thé – an international tasting adventure, organized by the UN Correspondents Association (UNCA) in collaboration with the Arab Ladies Club at the UN (ALUN).

Sri Lanka, as one of the foremost tea producing countries in the world was one of about 10 countries featured at the event held on 18 May 2017 at the spacious General Assembly lobby at the UN headquarters in New York. The Sri Lanka Table offered a variety of teas including iced tea with lemon/ginger – which was a huge hit on a hot day. Traditional tea time favorites, coconut rock and milk toffee were also a popular hit with the stream of guests that congregated at the colourful Sri Lanka/Ceylon Tea Table. A DJ hired for the occasion played Sri Lanka favorites such as Udarata Kandukara, Ran Kurahan Mala and Sandawathiye.

The month long celebrations to mark 150 years of the world’s finest teas will culminate with a global tea party to be held in July 2017 in New York and in other cities around the world. 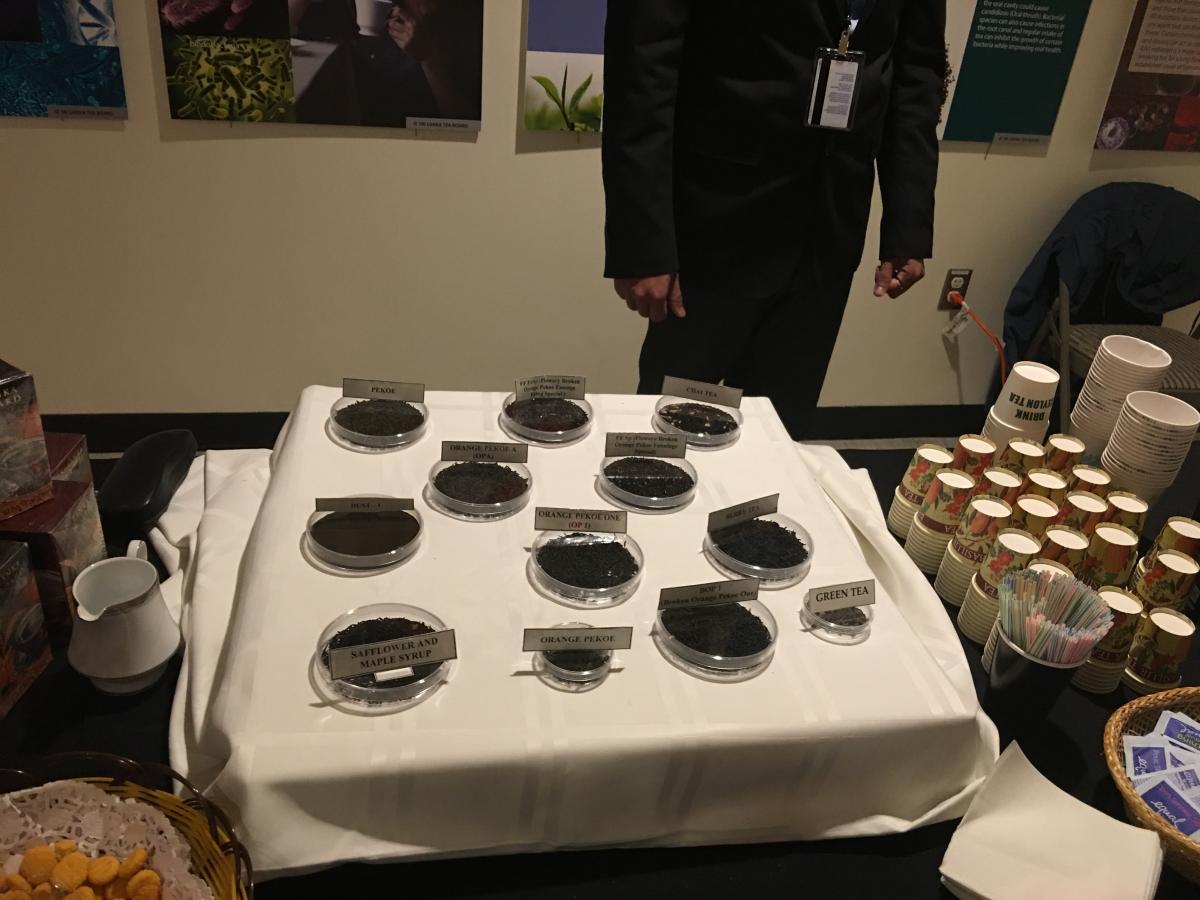 Samples of the variety of teas produced in Sri Lanka 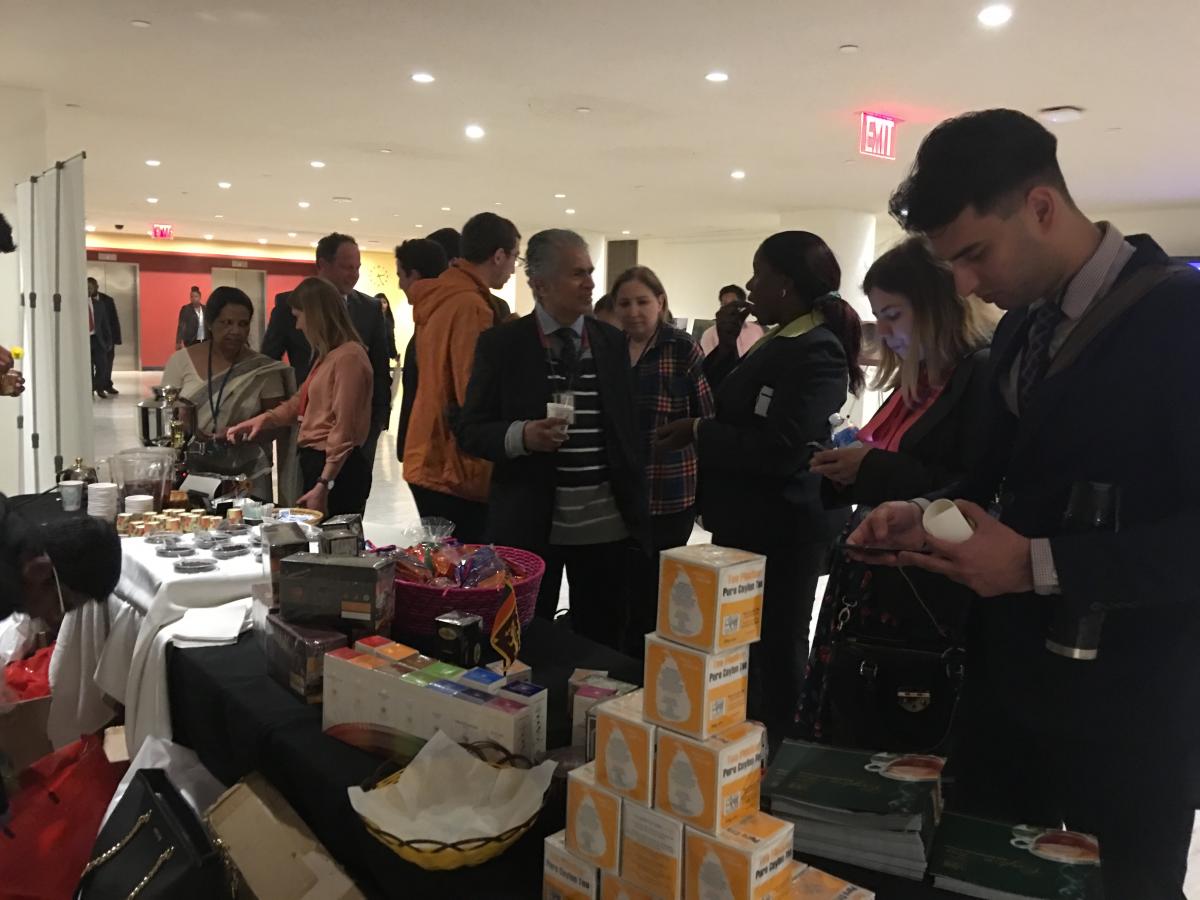 Attendees examine and taste a sample of teas 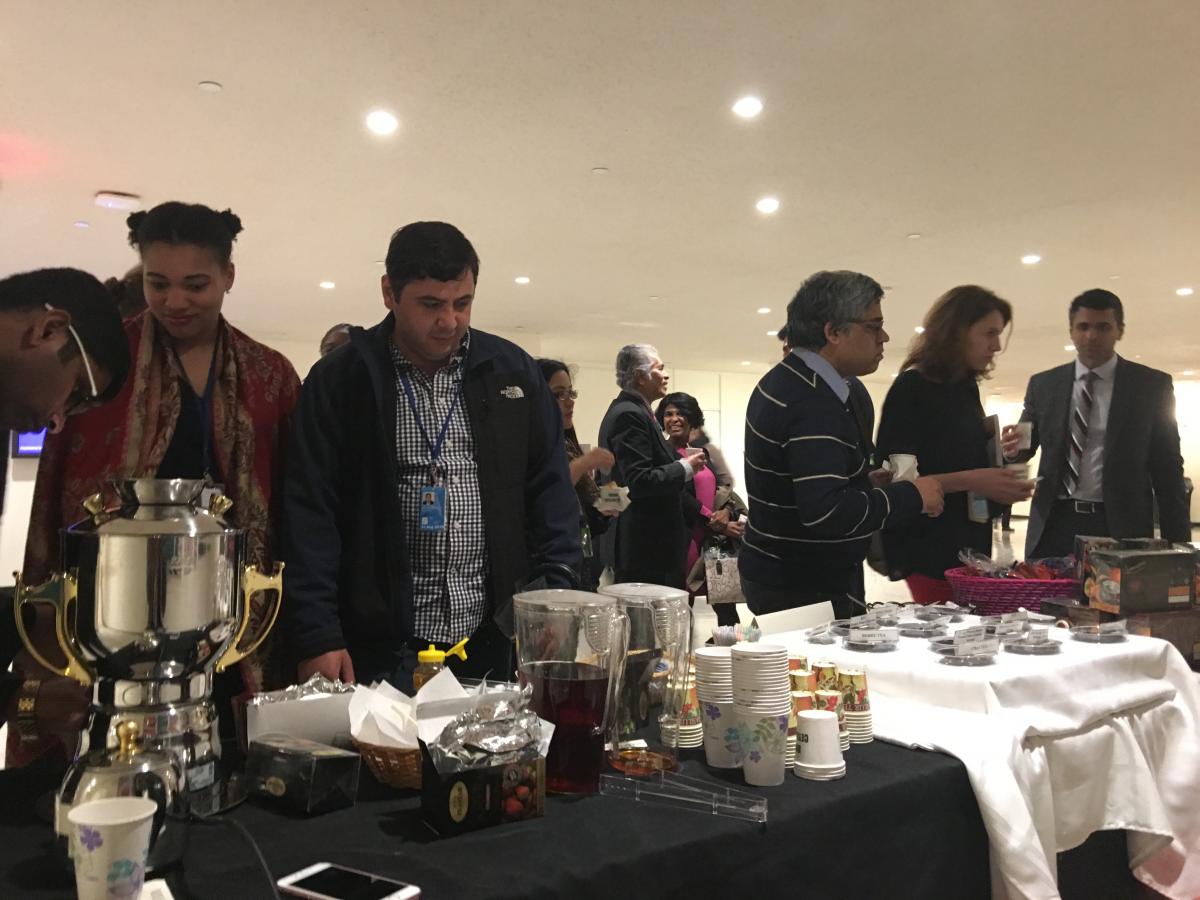 Guests enjoy a taste of Ceylon Tea, which was available in a variety of flavours and both hot and iced 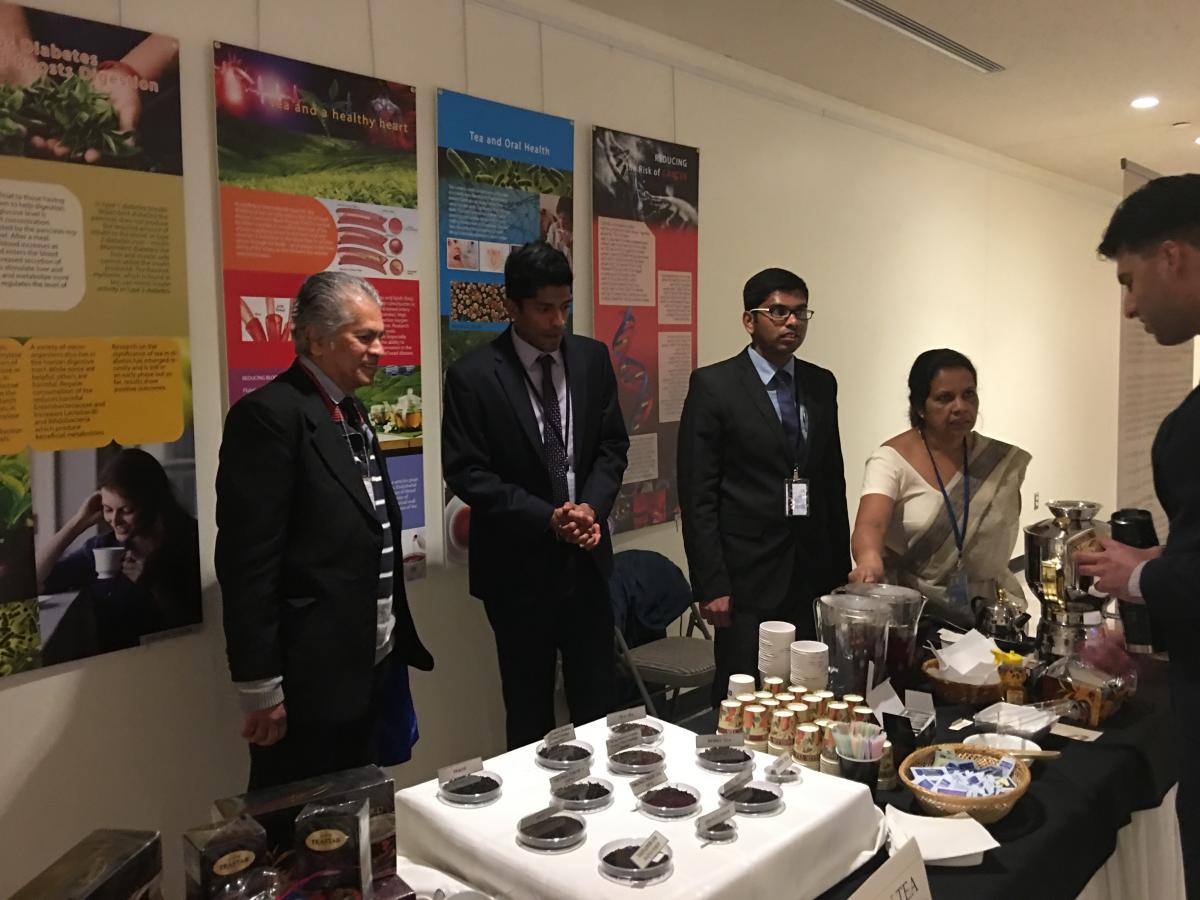 The Story of Ceylon Tea feautured samples of tea, to taste, see and smell, as well as an art exhibit detailing the history and current production, as well as the health benefits, of tea