Statement by H.E. Mohan Peiris, Permanent Representative of Sri Lanka to the United Nations at the 2021 ECOSOC Special Meeting - Reimagining Equality: Eliminating racism, xenophobia and discrimination for all in the decade of action for the SDGs 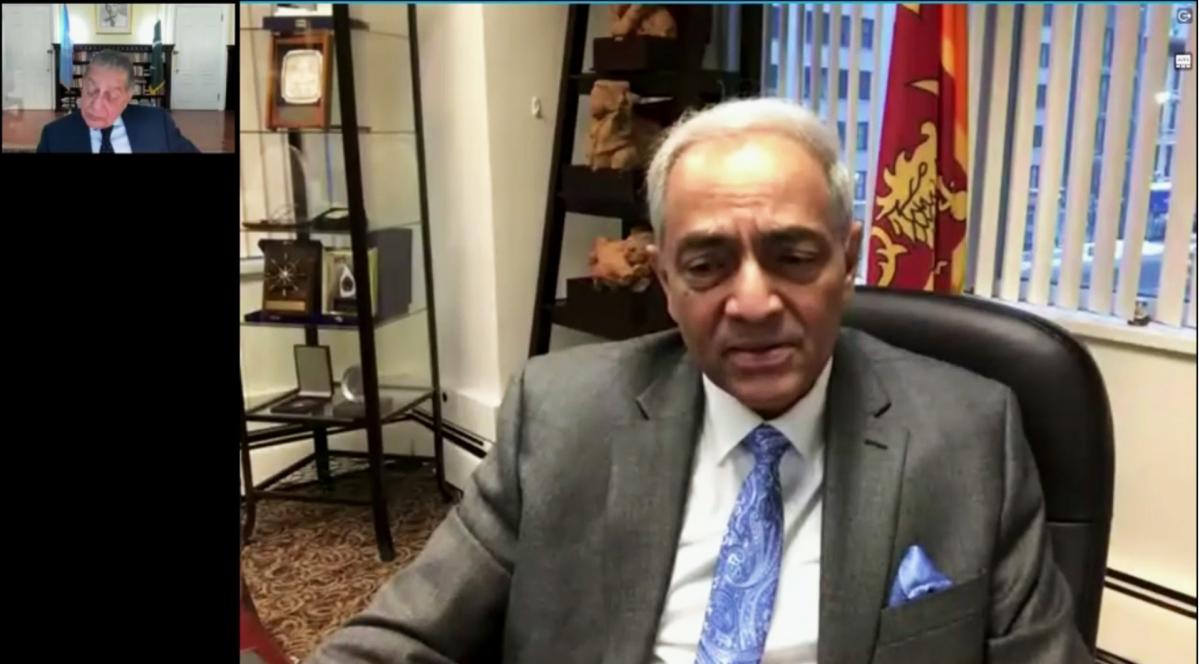 The root cause of most of our problems, Mr. President, is the propagation of hate by parties with vested interests. Interests that are not democratic, interests that do not uphold the human values we stand for, but fosters their own misplaced ideologies using the easiest political tool at their disposal which is the human impulse of ‘hatred’. Hate arising out of racism, xenophobia and various types of discrimination is being widely used as a social and political force. Unfortunately, we, in Sri Lanka have witnessed this first hand – how the seeds of hatred were planted in the minds of the vulnerable, creating misery for nearly three decades and stalling the socio-economic development of the very same people who were being used for this purpose. Luckily for them, the country has now moved beyond that phase and the affected people are being assured of their rights in the Sri Lankan family as constitutionally guaranteed in our constitution.

Being a multi-ethnic, multi-religious and multi-cultural country, we have embraced the concept of ‘live and let live’. Guided by the Buddhist principles of loving kindness, forgiveness  and compassion whilst recognizing the value of human life. Persons who were once known as non-state actors were rehabilitated so that they too could contribute to the development of the country as useful citizens. Many have asked how Sri Lanka had the courage to do this. I have personally been asked by my foreign counterparts, how did you rehabilitate and release former non-state actors back to society, which is indeed a practice that is so rare to see in other countries. Could it be that Sri Lanka has reimaged equality and walked that extra mile to bring the lasting peace that we so deserve.  We will continue those extra miles if it means the elimination of discrimination and a united Sri Lanka.

Sadly, as we in Sri Lanka strive to make the most of the decade of action with the SDGs at the center of the development policies for all the people of the country, we continue to face the impediments associated with the hatred propagated by various parties. What is even sadder is the complete distortion of facts by people in authority and segments of our own global community and international institutions that continue to add fuel to the fire of hatred that is surely losing its heat. Sri Lanka is being penalized for looking after the best interests of its own people and for making progress in moving forward. No doubt, such foreign actions will only serve to stall the progress that has already been made.

This begs the question why are we at a standstill, when it comes to addressing real issues related to racism and discrimination that exists in so many of the countries that continue to deny its existence on their soil. Human lives matters, whether they are black or white. Could it be and if I may quote a news article I read, that such ‘racism is kinder’, ‘inequality milder’ and such ‘problems aren’t as bad and therefore life is great’?

It would appear that supremacist behavior will remain to be a fact of life that we will have to live with whilst pursuing our noble path to reimaging equality and eliminating racism, xenophobia and discrimination. If we are to truly address such issues and work together towards achieving the SDGs, we need to put aside the petty ethnicity associated with manipulative politics and look at what we, as the international community can realistically achieve, for the betterment of all of us.

I will wind up by quoting the late President Mandela again, and I quote:

So, Mr. President, I call upon the international community to build into their own regimes, into their human rights plans, the indispensable must of deploring racism, xenophobia and discrimination of any kind.