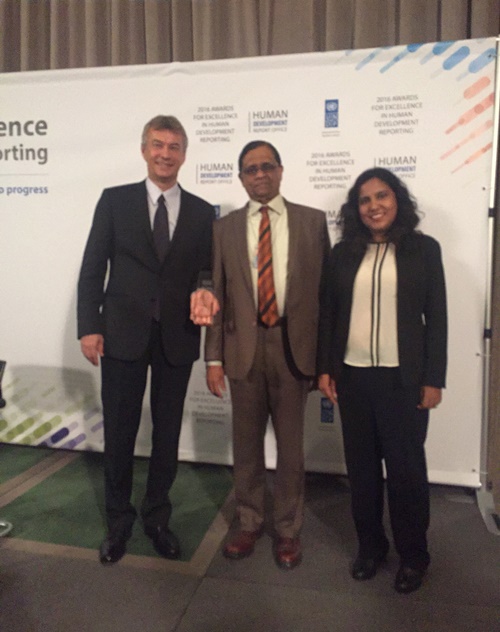 They are photographed with the Permanent Representative of Sri Lanka, H.E. Dr. Rohan Perera soon after the awards ceremony (Above)

The other countries which won awards were Chile, Montenegro and Uganda.   The ceremony was held at the United Nations Headquarters on December 6th, 2016. His Royal Highness Crown Prince Haakon of Norway was the chief guest of the event.   Mr. Jorn Sorensen, Country Director for UNDP and Ms. Sonali Dayaratne, Policy Specialist, UNDP Country Office accepted the award on behalf of the reporting team.