The Permanent Mission of Sri Lanka to the United Nations in New York hosted a traditional Iftar (Breaking Ramadan Fast) on Wednesday, 30th May 2019 at the Mission for members of the Sri Lankan Muslim expatriates community living in the New York Tri-State area.

The event began with a Qirath recitation by Aadil Aslam, a young member from the community, which was followed by welcome remarks by Dr. A. Rohan Perera, Ambassador and Permanent Representative of Sri Lanka.

The Ambassador noted that the event marked the fifth year of event being hosted by Mission with the active participation of the Muslim community and appreciated the close support of members of the community and religious associations, such as The Association of Sri Lankan Muslim Association in North America (TASMiNA); the Queens Islamic Community Center (QICC), the Islamic Center of New Rochelle (ICON), the SL Muslim Association of New Jersey and members from the association in Connecticut. Ambassador Perera noted Ramadan was a period to bring devotees together to share hardships in solidarity. In view of recent events in Sri Lanka, the Ambassador spoke of the need for all to be united and reject extremism and embrace common values of humanity that religions had taught. He commended the important role played by TASMiNA to organize interfaith events in memory of the victims of the Easter Sunday attacks with other members of the SL community, including Christian, Hindu and Buddhist religious leaders, which the Mission had been pleased to have taken part in.

Following his remarks Moulavi Ash Sheik Ahamed Yaseer delivered a sermon highlighting the importance of mutual respect of each other’s religions and spoke on the similar teachings and shared values of Buddhism, Christianity and Islam in Sri Lanka, that should be protected and upheld. He called on all communities to work together in peace and harmony. The Moulavi emphasized that all three faiths in Sri Lanka spoke of compassion and love for the other and gave examples of the multi-ethnic, multi-cultural and multi-religious nature of Sri Lanka, where people took part and shared in each other’s religious events and ate with each other.

Mahdhi Whareed from the QICC delivered the Adhan / call to prayer and after breaking fast and Maghrib prayers, guests were treated to traditional Sri Lankan cuisine. Mr. Arssath Uthumalebbe, President of TASMiNA gave a vote of thanks on behalf of the SL expatriate Islamic community at the conclusion of the event. 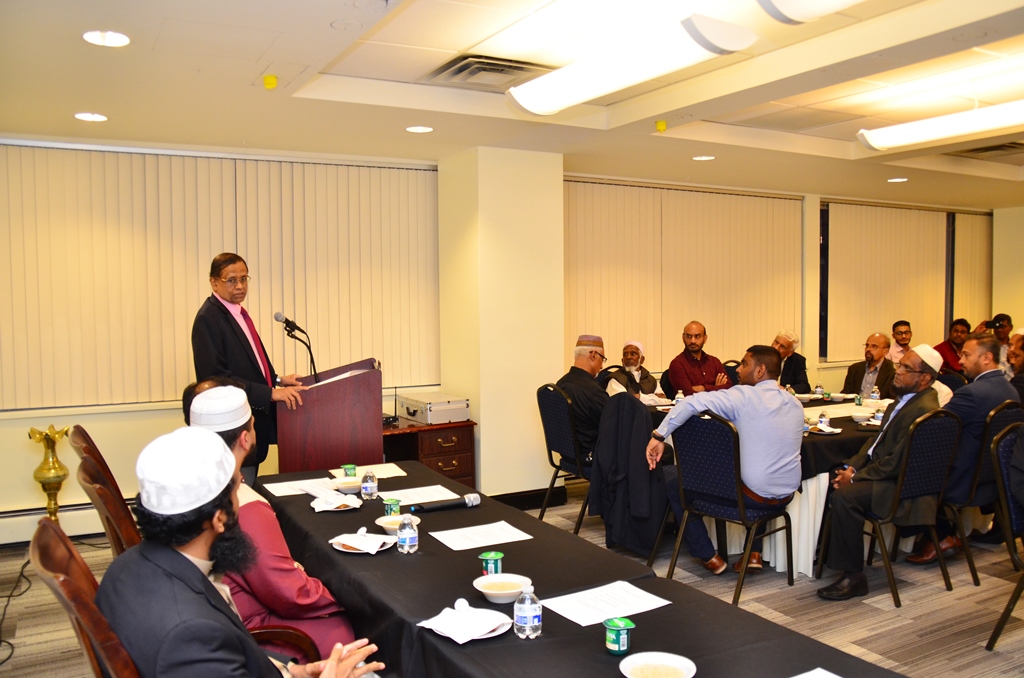 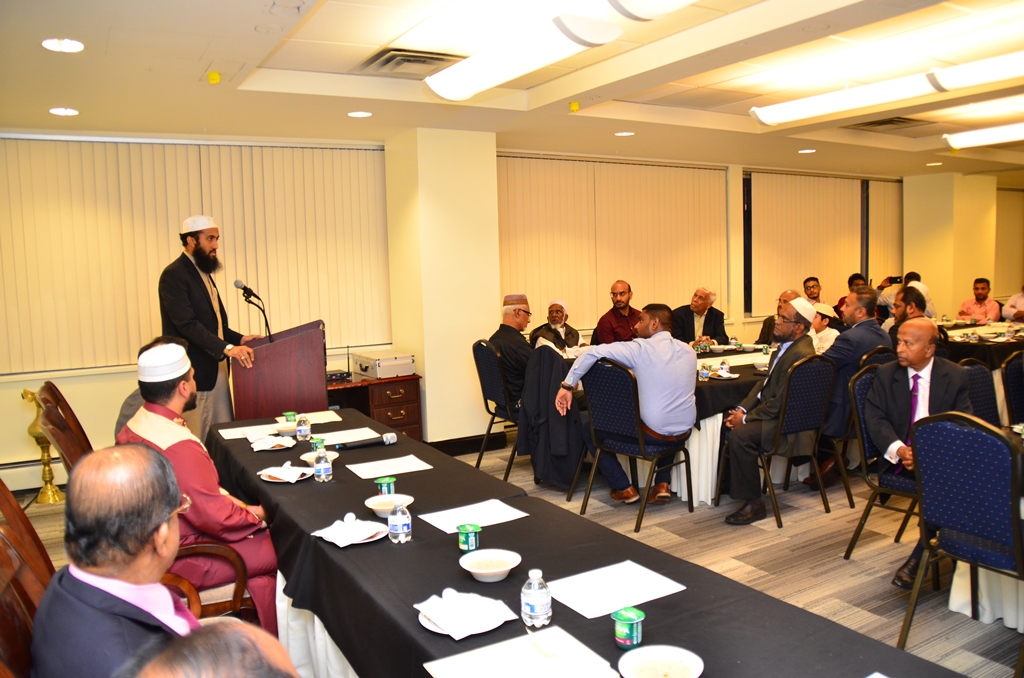 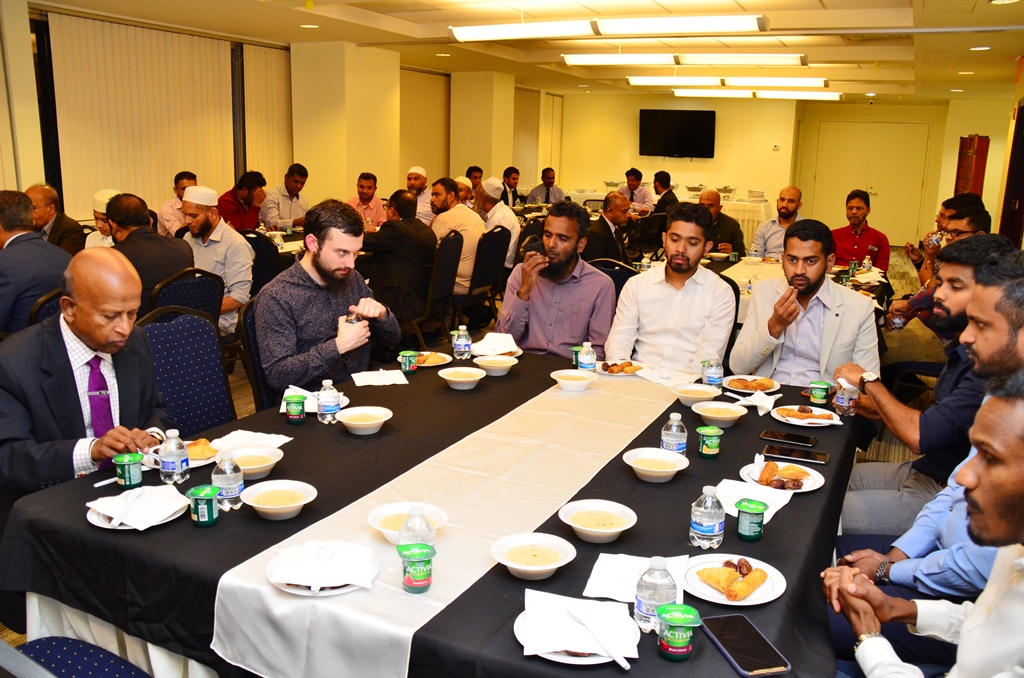 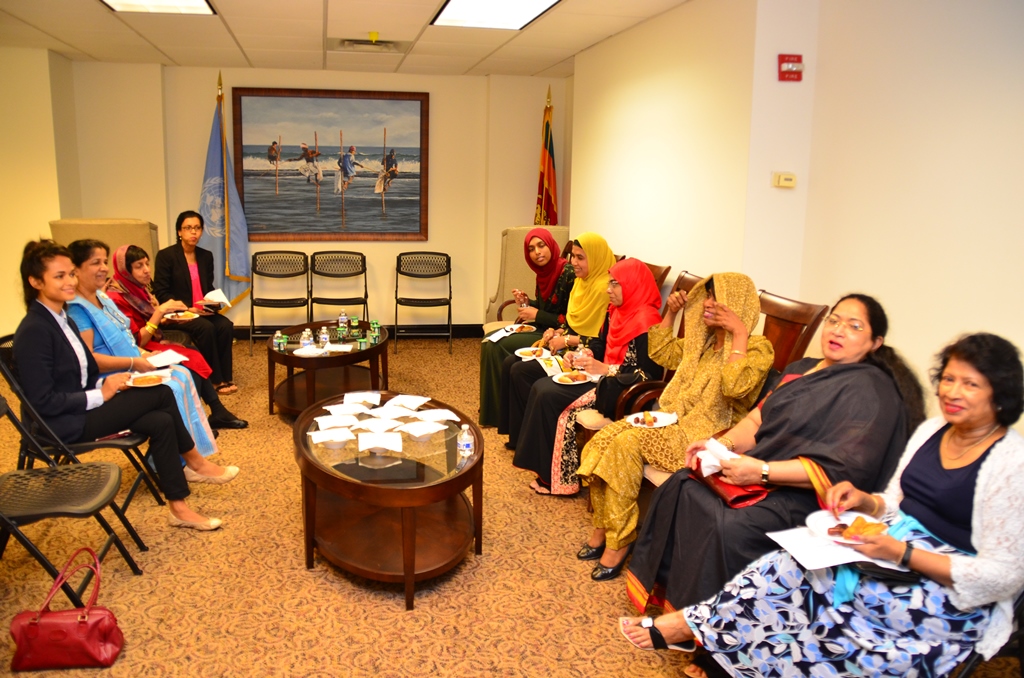 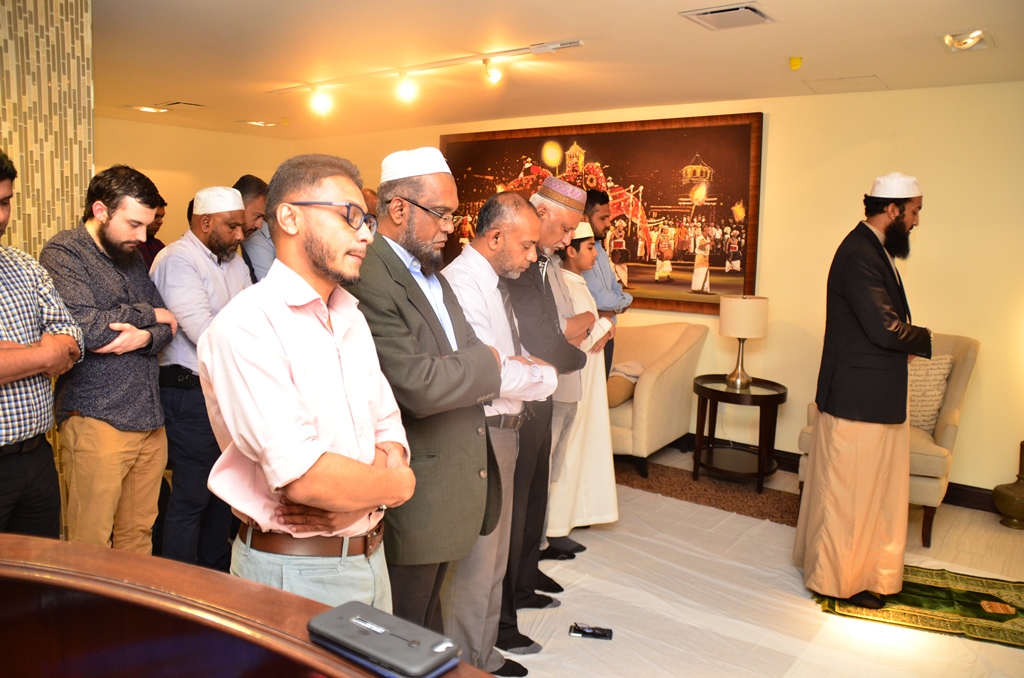