The ambassador was a panellist at an event titled ‘Women and labour: A nutritional perspective’ at the United Nations Headquarters in New York, held on the sidelines of the 61st Session of the Commission on the Status of Women.

The event was co-sponsored by Sri Lanka together with Argentina and Indonesia in collaboration with WHO, FAO, UNICEF and the World Bank. 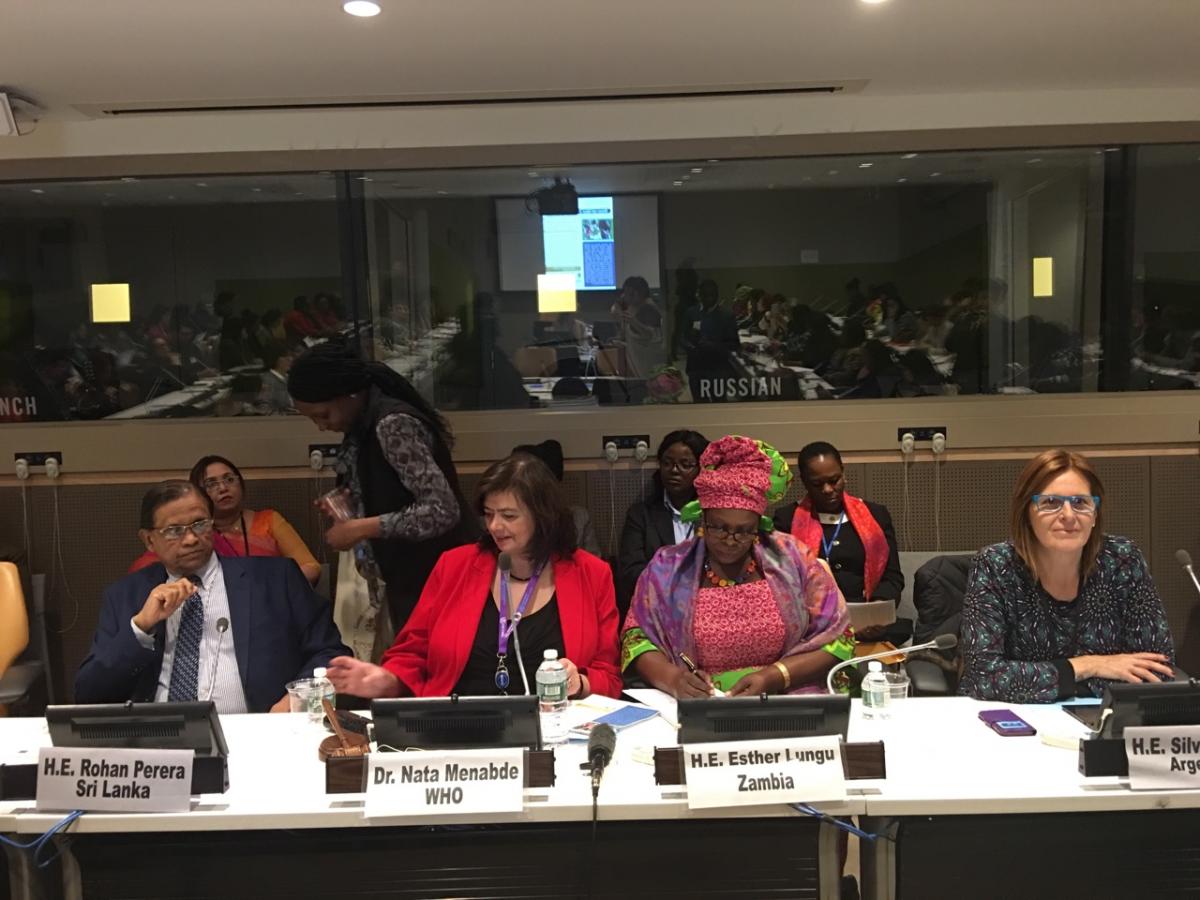 H.E. Dr. Rohan Perera, Ambassador & Permanent Representative of Sri Lanka, as a panelist at the event along side Dr. Menabde, Executive Director, WHO Office at the UN, H.E. Esther Lungu, First Lady of the Republic of Zambia, and H.E. Ms. Silvia Lommi, Under-Secretary, National Council of Women of Argentina

The discussion was moderated by Dr. Nata Menabde, Executive Director, WHO Office at the UN, and speakers included Ms. Esther Lungu, First Lady of the Republic of Zambia, H.E. Ms. Sophie Gregoire Trudeau, First Lady of Canada,(by video message) H.E. Ms. Silvia Lommi, Under-Secretary for the National Coordination Unit for the Prevention, Assistance and Eradication of Violence against Women of the National Council of Women of Argentina and Dr. Sameera M. Al. Tuwaijri, Global Lead, Population and Development, World Bank. Both the First Ladies of Zambia and Canada thanked Sri Lanka for co-sponsoring the event in their messages.

Ambassador Perera in his remarks highlighted the achievements of Sri Lanka in women’s maternal nutrition, underlining the provision of free health services in an equitable manner, the maintenance of about 78% of exclusive breastfeeding and the decline in stunted and underweight population among children under 5 as well as a decline of low birth weight which reflected improvements in maternal health and nutrition. He further noted the focus on assisting conflict affected women, referencing the National Framework for Women Headed Households to improve their wellbeing, a fact which was appreciated by Dr. Menabde in her follow up observations to the Ambassador’s remarks. 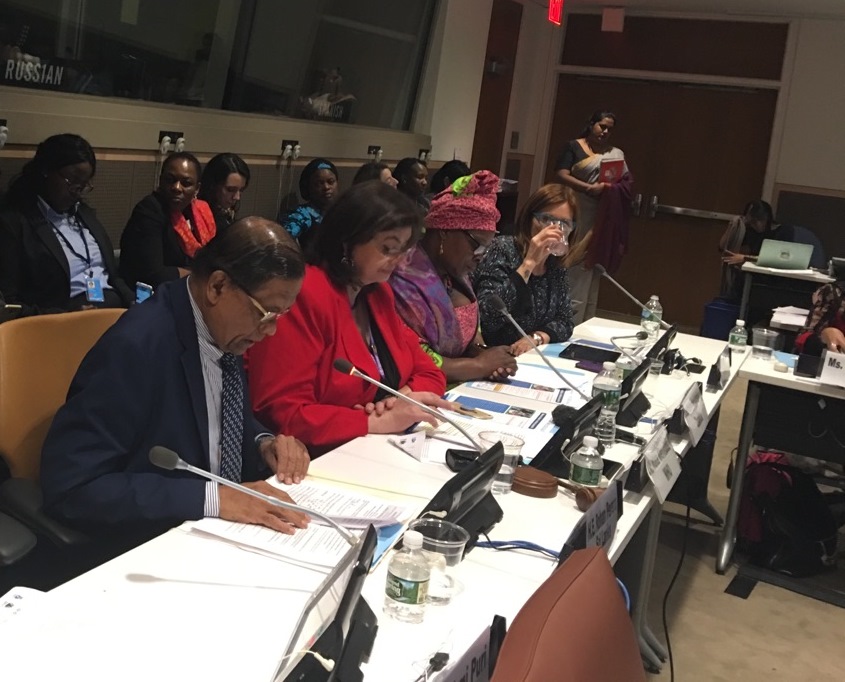 H.E. Dr. Rohan Perera delivers his remarks at the side event on 'Women and Labour: a nutritional perspective'

Ambassador Perera also emphasized the usefulness of the UN Decade of Action on Nutrition, stating that Sri Lanka welcomes the UN Decade of Action on Nutrition from 2016 to 2025 as “such a cohesive umbrella framework will help Sri Lanka mobilize its national plan in the context of improving nutrition around the world. It will provide an overall structure for all stakeholders including the private sector and academia to work together: and for countries to learn from each other and support each other,” the Ambassador said. Dr. Menabde commended  the commitment by H.E. Maithripala Sirisena, President of Sri Lanka, in investing in nutrition which indicates a noteworthy commitment at the highest political levels. 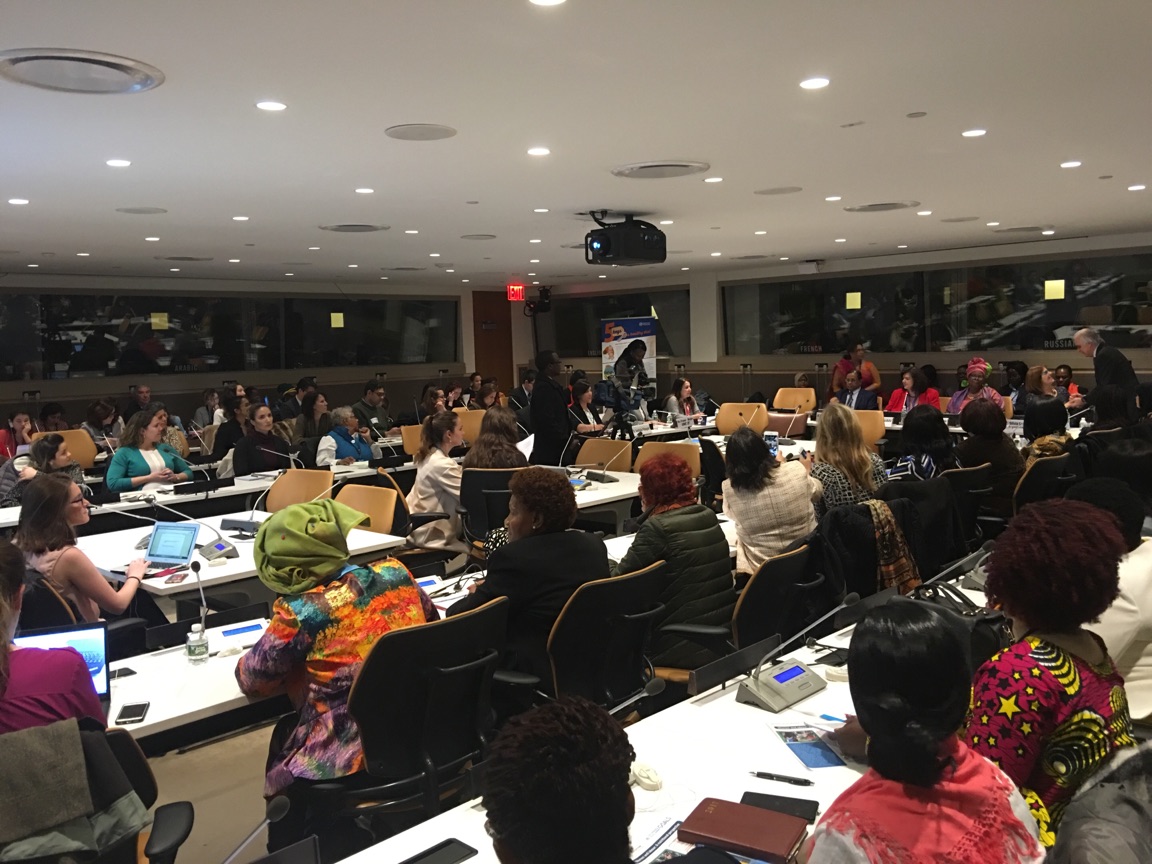 The audience at the event