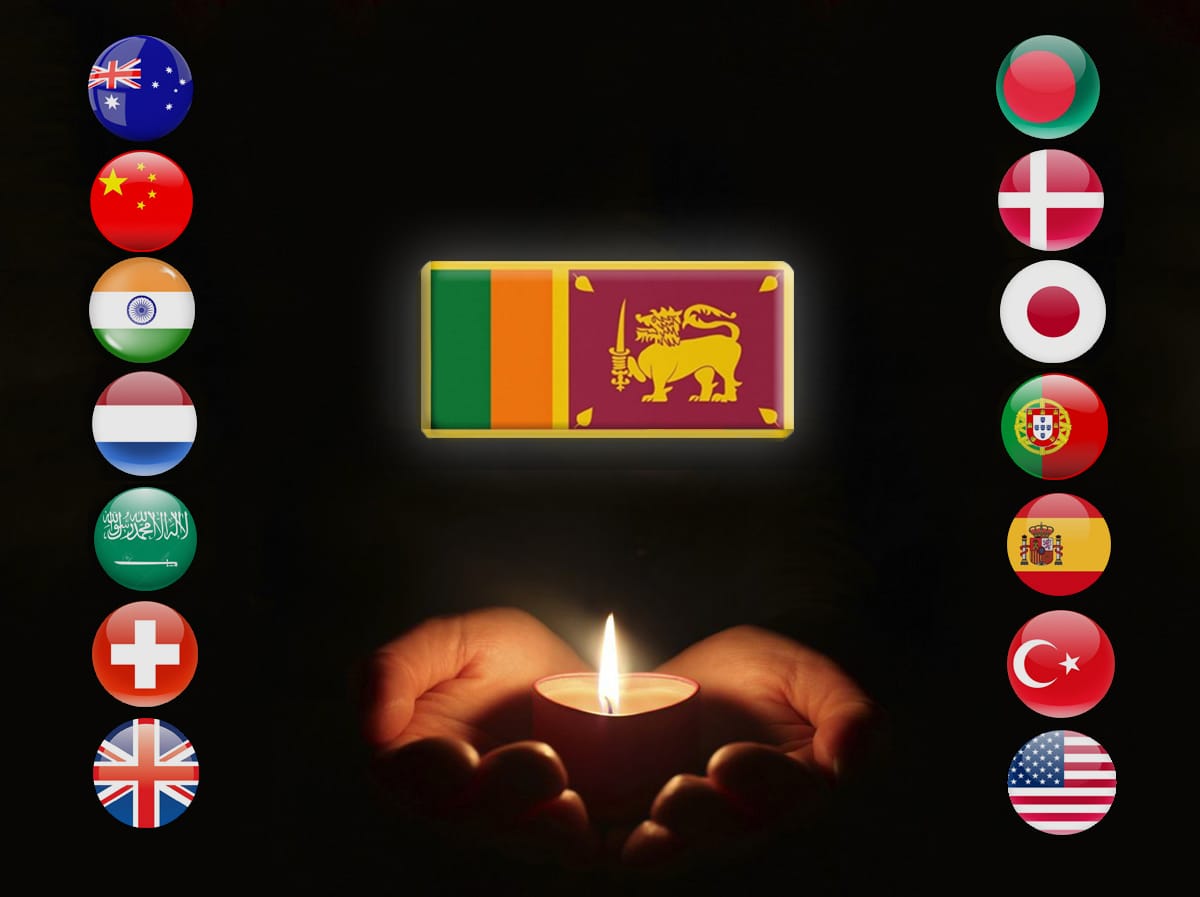 In a post earlier today to Missions in Sri Lanka and abroad on the one-year anniversary of the suicide attacks on Easter Sunday, 21st April 2019, the Ministry of Foreign Relations observed:

“On this day, Sri Lanka remembers all those lives lost and changed forever in barbaric acts of violence one year ago. We share the grief of families who lost their loved ones and stand in solidarity with those countries which lost their nationals”.

These attacks on churches and hotels killed around 270 persons, Sri Lankans as well as foreign nationals from 14 countries from across the world, and injured many others, on a day venerated by Christians the world over. Among those killed were citizens from Australia, Bangladesh, China, Denmark, India, Japan, Netherlands, Portugal, Saudi Arabia, Spain, Switzerland, Turkey, UK and USA.

In commemorating this date and the loss of so many lives in Sri Lanka, officials of Sri Lanka Missions in countries of accreditation which lost their nationals in these attacks, took the initiative to contact the families of those foreign nationals, to express Sri Lanka’s grief at their loss and offered continued solidarity. Others were conveyed formal sentiments of condolences through their respective Foreign Offices. The officials were in return met with grace and appreciation even at this time of remembrance of grief and irreplaceable loss.