In his capacity as Vice President of the 72nd Session of the UNGA, H.E. Dr. Rohan Perera, Permanent Representative of Sri Lanka to the UN chaired a commemorative meeting of the General Assembly to mark the International Day of Remembrance of the Victims of Slavery and the Transatlantic Slave Trade, held on 26 March 2018 in the General Assembly Hall of UN headquarters in New York.

Delivering a statement on behalf of the President of the General Assembly, Ambassador Perera reflected on the legacy of slavery and underlined its lasting impact on present day social and economic inequalities. “Discrimination, racism and xenophobia continue to plague our world. People are still stripped of their humanity - exploited and abused for economic gain. Divisive and dehumanising rhetoric is on the rise. Minorities and the vulnerable are targeted as the cause of problems. We must look at these warning signs and take corrective and preventive action”, he stated. 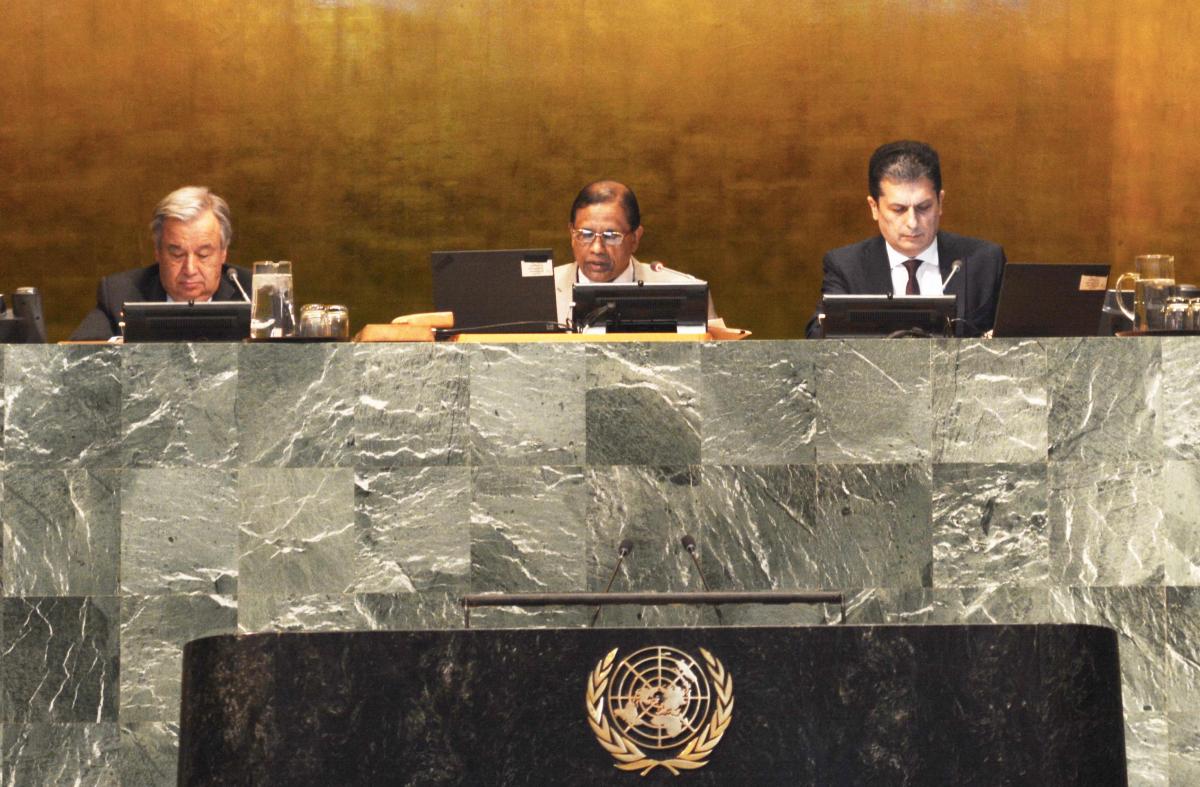 H.E. Dr. Rohan Perera, Permanent Representative of Sri Lanka (center) as Vice President of the General Assembly, chairs the commemorative meeting at the General Assembly on the occasion of the International Day of Remembrance of the Victims of Slavery and the Transatlantic Slave Trade. Also in the picture is H.E. Antonio Guterres, Secretary-General of the United Nations (left)

These sentiments were echoed by UN Secretary-General, H.E. Mr. Antonio Guterres, who reiterated the importance of education and outreach, commending programs such as the UN's Remember Slavery Programme and UNESCO's Slave Route Project. He acknowledged that the Transatlantic Slave Trade was the largest forced legal movement of people in history and asserted that the way to honor the lives of its victims would be to ensure that all people live in dignity.

The keynote address of the event was delivered by H.E. Ms. Graciela Dickson, former Chief Justice of the Supreme Court of Panama. As a young woman of African descent and the great granddaughter of a former slave growing up in Panama, Ms. Dickson emphasized that the descendants of slaves are the living testimony of the triumphs of their ancestors and the resilience of black African women. She noted the importance of the International Decade of People of African Descent, and called for countries to be consistent with the tasks set forth in the Durban Declaration and Programme of Action. 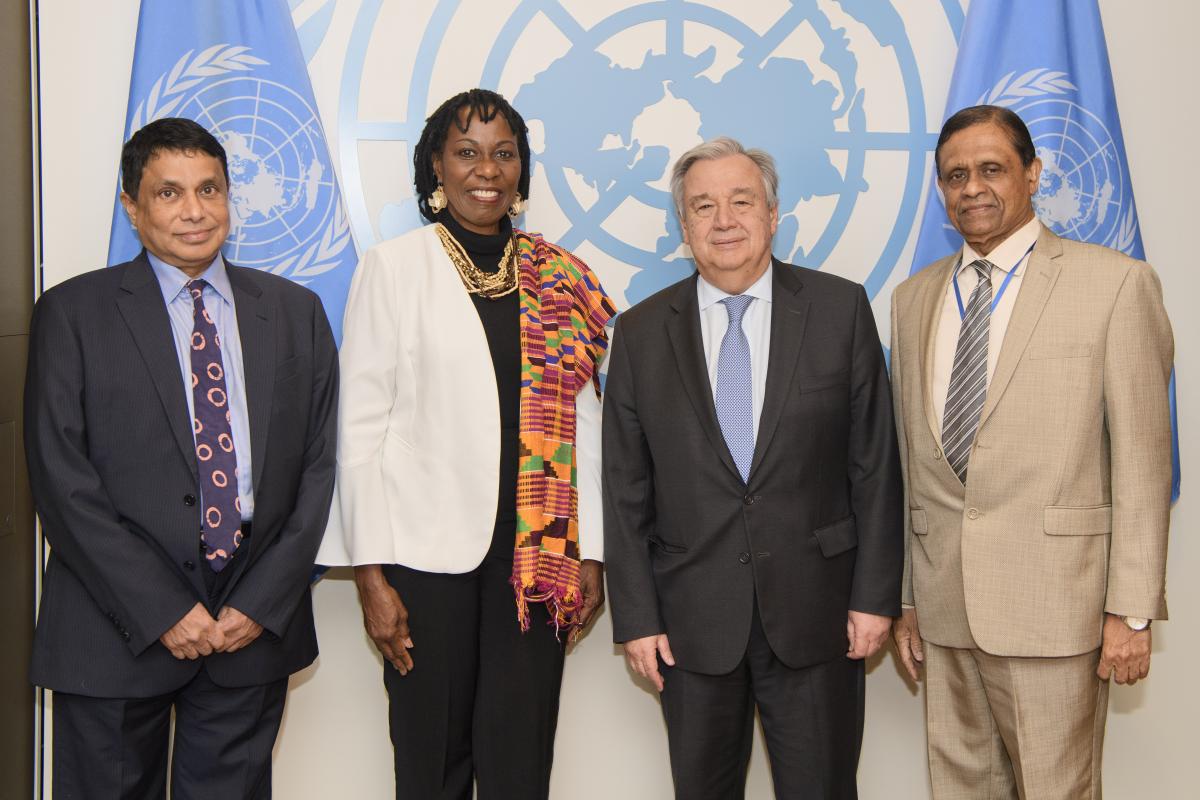 Statements were also delivered by the Permanent Representatives of Qatar on behalf of Asia Pacific States, Gambia on behalf of African States, Belarus on behalf of the Eastern European States, Uruguay on behalf of Latin American and Caribbean States, Israel on behalf of Western European states, as well as the Permanent Representatives of the United States as host state, Ghana, Equatorial Guinea, Cuba and Brazil. While echoing previous sentiments expressed, an additional theme that emerged from the statements made was a call for the recognition of the contribution of the people of African descent in countries and communities around the world. Representatives additionally commended the efforts by the UN in commemorating the victims of the transatlantic slave trade, including through the permanent memorial “The Ark of Return” set up by Haitian American architect Rodney Leon at the visitor’s plaza of the UN Headquarters in New York.

The meeting was followed by a cultural and culinary experience at the United Nation’s Visitor’s Lobby, featuring fare from a number of member states including a Sri Lanka Tea station. 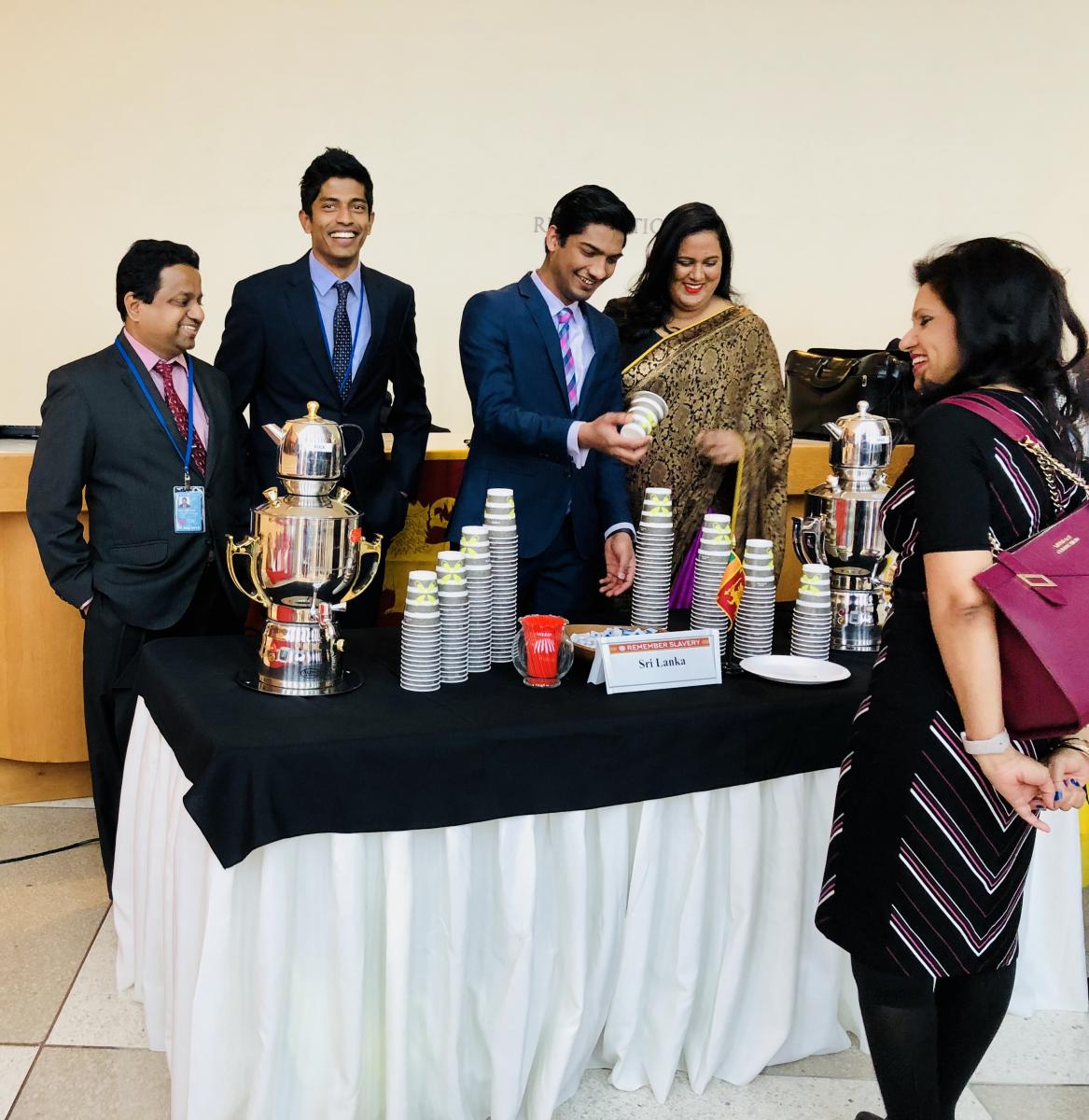