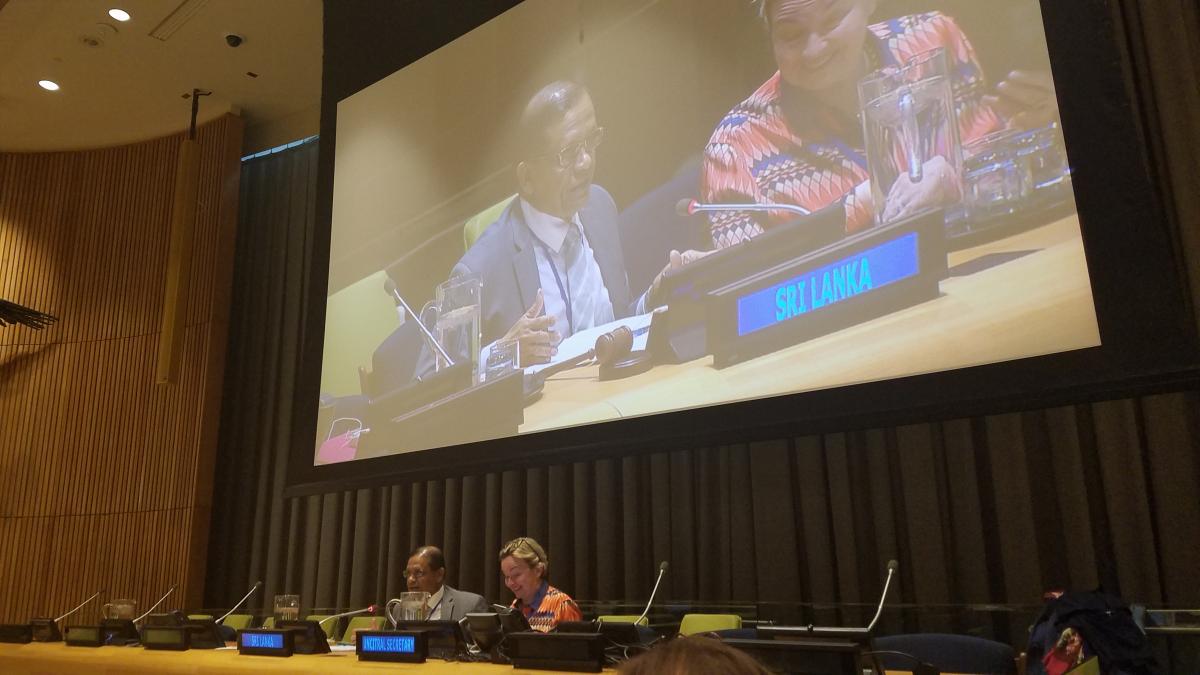 The Permanent Mission of Sri Lanka organized a briefing by Secretary UNCITRAL on Investor-State Dispute Settlement for Asia Pacific States, which was held on 16th March 2018 at the United Nations, New York. H.E. Dr. Rohan Perera, Ambassador and Permanent Representative of Sri Lanka, chaired the meeting and opened the discussion by highlighting the issues within the ISDS mechanism that need to be addressed, and invited member states to proactively engage in the discussions

Ms. Anna Joubin-Bret, Secretary of UNCITRAL, presented topics to be discussed at the forthcoming UNCITRAL Working Group III (Investor-State Dispute Settlement Reform – ISDS Reform) to be held from 23-27 April 2018 at the UNHQ, New York. In her presentation, Ms. Joubin-Bret emphasized the importance of engaging developing states in the discussions in April at the UNHQ and urged all member states to send experienced experts to participate at the UNICTRAL Working Group III negotiations.

Key member states such as India, Japan, China, Singapore, Republic of Korea, Pakistan, Bangladesh, and Tuvalu, which are particularly active in the work of UNCITRAL, contributed to the rich discussion that followed the presentation. 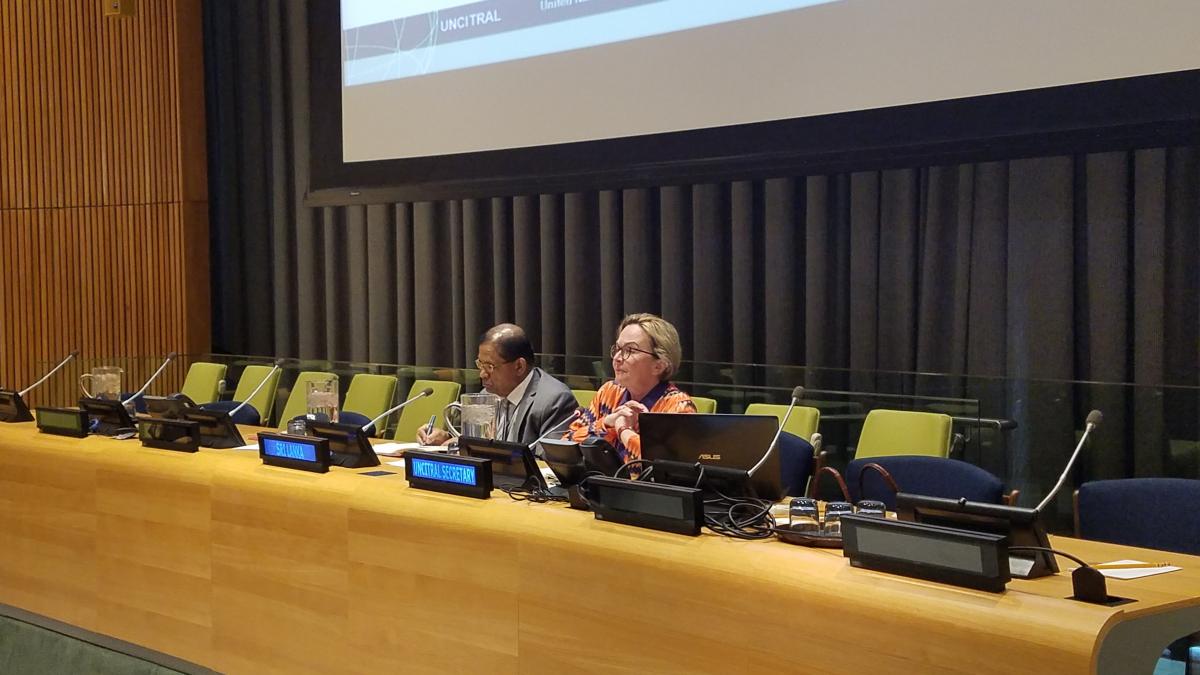 Ms. Anna Joubin-Bret, Secretary UNCITRAL, delivers her presentation on topics to be discussed at the Thirty Fifth Session of Working Group III to be held in April 2018 in New York