Dr. Rajitha Senaratne, Minister of Health, Nutrition and Indigenous Medicine of  Sri Lanka was an invited panelist at the first workshop for this year by the International Dialogue on Migration, (IDM) organized by the International Organization for Migration (IOM) from 26 – 27 March 2018 at the United Nations in New York.

The Panel titled “SDGs Achievement: National and Regional Perspectives” featuring Sri Lanka, was held on the first day of the two day workshop on 26 March where Sri Lanka’s presentation focused on the important area of migration and health. 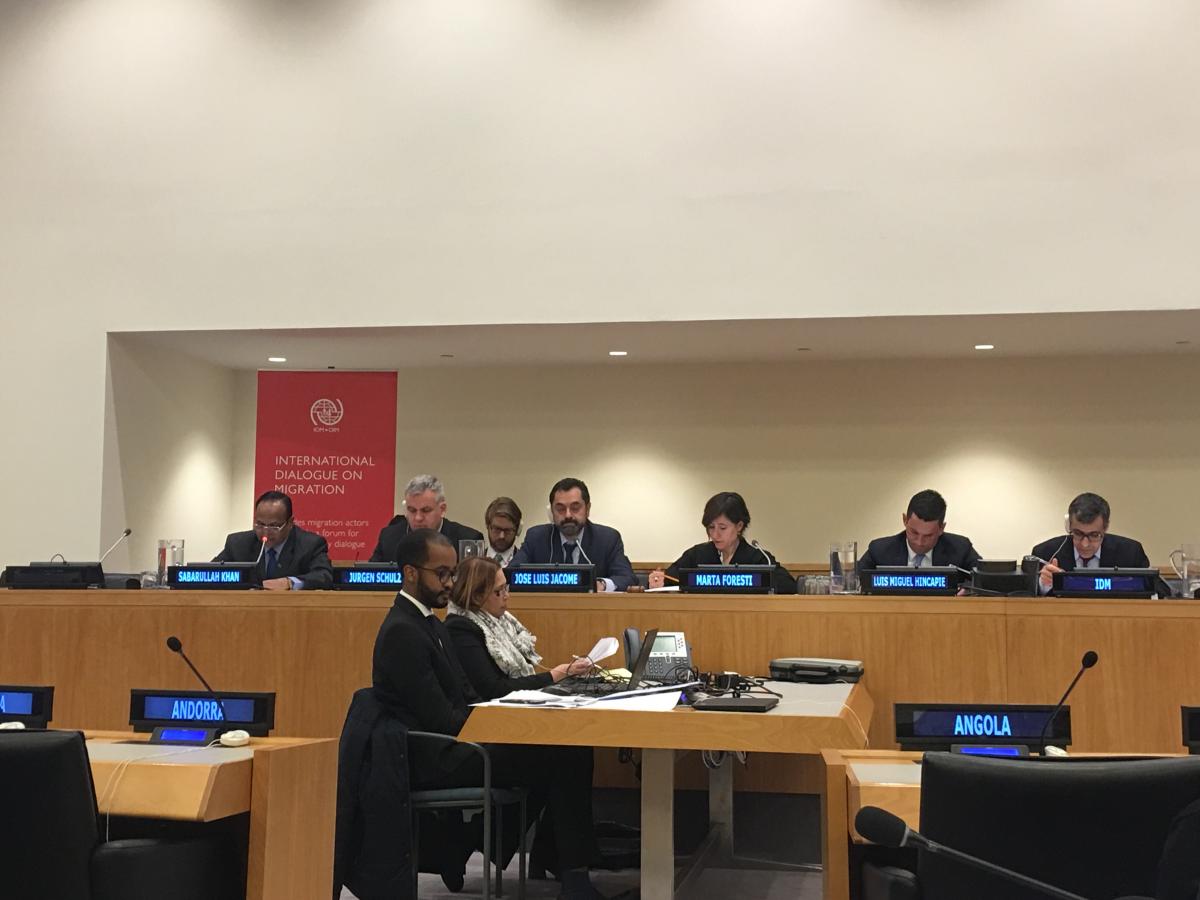 Ambassador Sabarullah Khan, Deputy Permanent Representative of the Permanent Mission of Sri Lanka to the UN in New York delivering Minister of Health, Nutrition and Indigenous Medicine, Dr. Rajitha Senaratne’s statement during the Panel titled “SDGs Achievement: National and Regional Perspectives” on the first day of the IDM workshop organised by the IOM at the United Nations in New York.

In Minister Senaratne’s remarks he said that migration and its contributions, economic and social are an integral part of Sri Lanka’s development agenda. The minister also pointed out the various partnerships, tools and efforts that Sri Lanka had taken to engage relevant stakeholders, stating that “we have realized that we have to work together towards moving mountains, and sustainable development for us is dependent on how other countries perceive this as well.  The Global Compact is intended to support this type of commitment that all of us, as member states should be concerned with,” the Minister also stated.

Please also find a link to the webcast (the segment relating to Sri Lanka begins at 1:30:00)

Permanent Mission of Sri Lanka to the UN
27 March 2018