Commencing on 21 April 2020, a total of nine (9) Sri Lankan Airlines special flights were used to destinations in India (Punjab, Mumbai, Coimbatore, Bangalore, New Delhi and Kolkata) Pakistan (Karachi and Lahore), Nepal (Kathmandu) and Bangladesh (Dhaka), to repatriate the  Sri Lankan students who had expressed their desire to return to Sri Lanka in the wake of the COVID 19 Pandemic. Those repatriated also included public and military officials who had completed study and training programmes in the respective countries and had to return to take up official duties back in Sri Lanka. Currently all returnees are undergoing mandatory quarantine at facilities afforded by the Sri Lanka Government.

Following the analysis of data on the most vulnerable Overseas Sri Lankans wishing to return and the recommendation of the Ministry of Foreign Relations, on 14 April, President Gotabaya Rajapaksa instructed that students in South Asia be the first category to be repatriated following the closure of the airport for arrivals to Sri Lanka from abroad. The Ministry in close collaboration with the Sri Lanka Missions in South Asia, the Presidential Secretariat, the Coviod 19 Task Force and the Sri Lankan Airlines, and with strong assistance of the respective foreign governments ensured the safe return of the students stationed across many cities in the region, amidst numerous challenges posed by the complexities arising out of the global Pandemic.

As the first step, Sri Lanka Missions and Consulates General in South Asia, namely Dhaka, Kathmandu, New Delhi, Islamabad, Chennai, Mumbai and Karachi, undertook the collation of data of the students in their respective jurisdictions, thus building the necessary network with students and academic institutions to map out the repatriation process. The South Asia and SAARC Division of the Ministry of Foreign Relations headed by Director General Aruni Ranaraja coordinated the process with the Missions. A detailed plan for each destination, outlined in consultation with the Presidential Secretariat and the Presidential Task Force was executed including categorization and group formation, with the objective of streamlining both the repatriation and quarantine processes. This clustering of groups continued throughout the process of repatriation and will do so until the conclusion of the quarantine process. 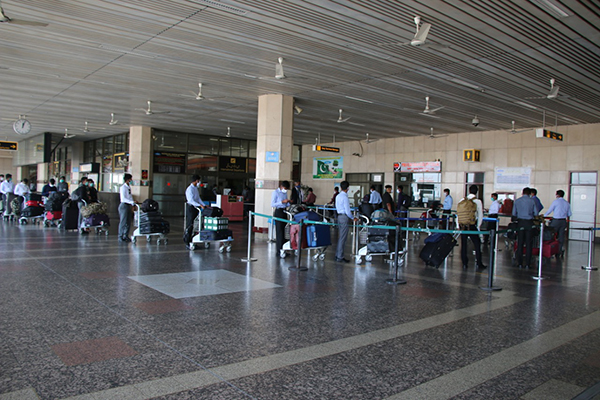 The first repatriation on 21 April 2020, from Pakistan coordinated by the Sri Lanka High Commission in Islamabad led by Acting High Commissioner U.L. Niyas together with the Sri Lanka Consulate General in Karachi headed by G.L. Gnanatheva brought down a total of 106 persons, who were at 12 academic and training institutes across Pakistan, some located over 1500 Kms from the airport. 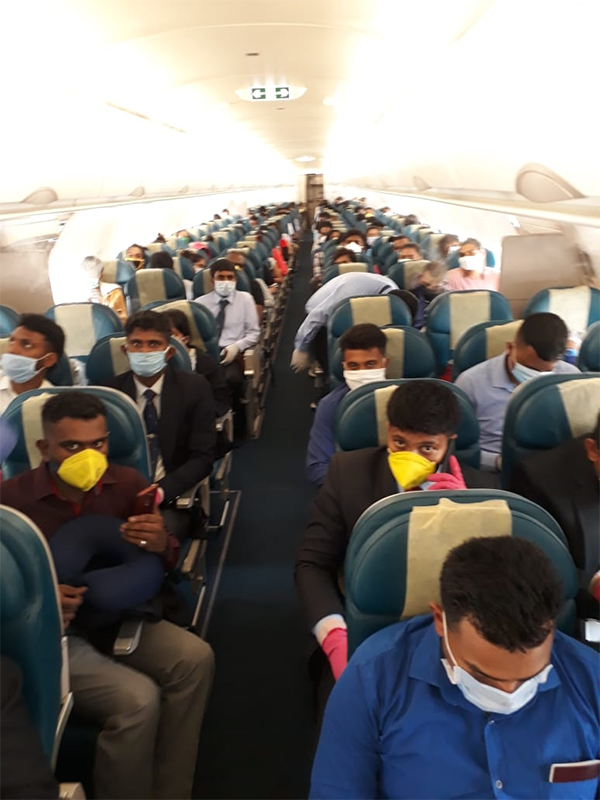 The Western Indian region repatriation was coordinated by the Sri Lanka Consulate General in Mumbai headed by Consul General Chamari Rodrigo and brought 164 persons from academic and training institutes in 15 cities in 05 States of Maharashtra, Gujrat, Goa, Madhya Paradesh and Karnataka. 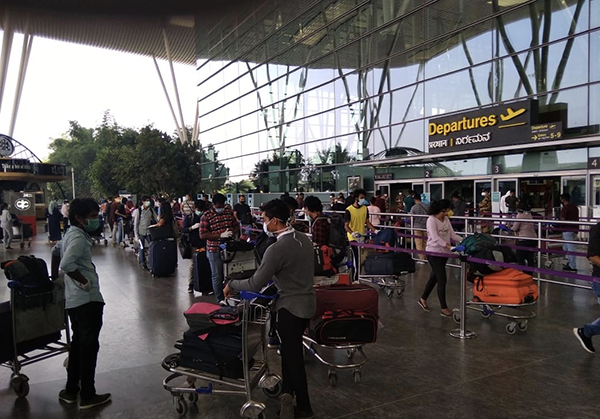 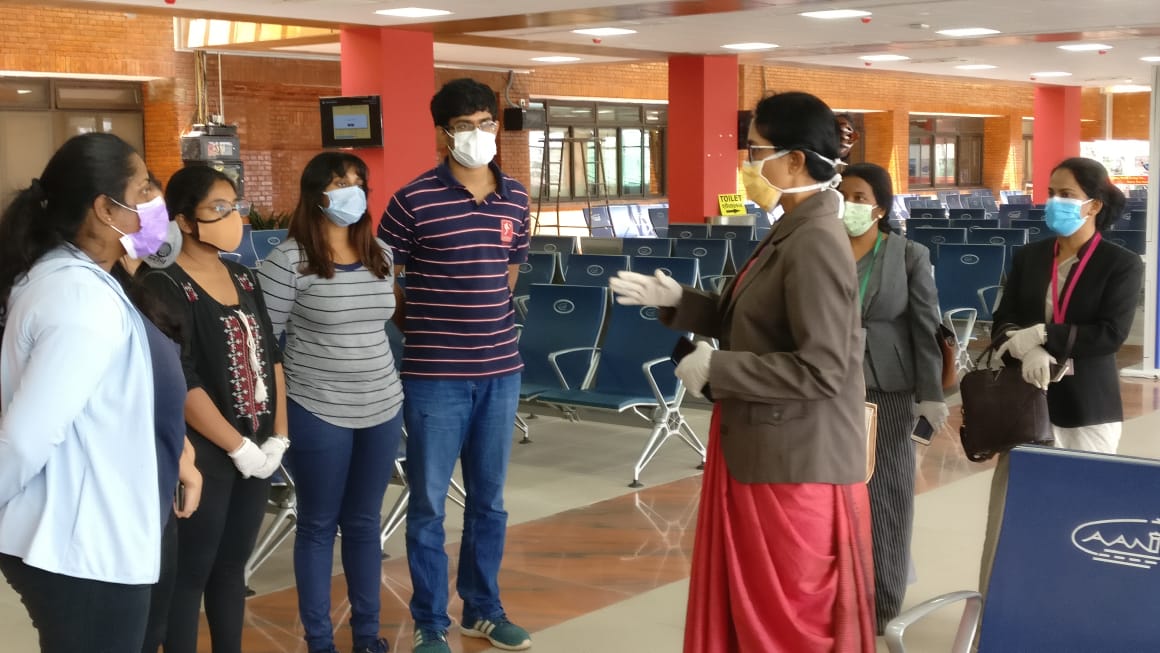 The Sri Lanka Embassy in Kathmandu headed by Ambassador Himalee Arunatilaka repatriated 76 students from Kathmandu and Pokhara, which is around 200 km away from Kathmandu. Sri Lankan Airlines undertook the repatriation flight on 24 April 2020 to Kathmandu - a destination to which the national carrier does not have regular commercial flights. 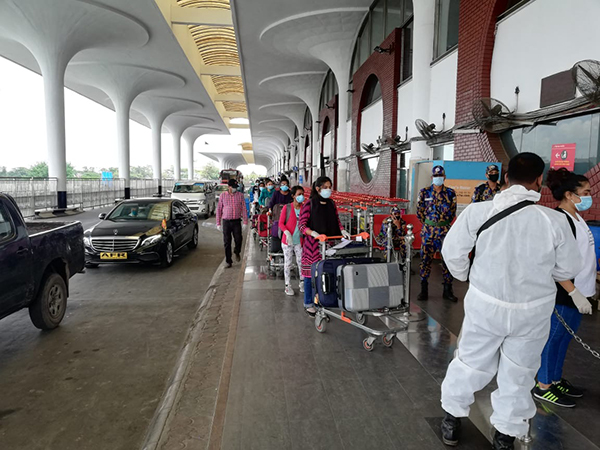 Seventy three (73) students from various locations in Bangladesh, from the cities of Dhaka, Chittagong, Comilla, Savar and Sylhet were repatriated was undertaken on 28 April 2020 by Sri Lankan Airlines.  The Sri Lanka High Commission in Dhaka headed by Acting High Commissioner Sameera Dayasekara spearheaded the repatriation and received the support of numerous state society organizations in Bangladesh.

The Ministry of Foreign Relations and the Sri Lanka Missions in the South Asian region appreciates the cooperation extended by the Governments of Bangladesh, India, Nepal and Pakistan, the state governments and the local authorities, Departments of Immigration, Authorities of Civil Aviation, academic institutes, the respective tri-forces of these countries, and Sri Lankan Organizations particularly the Mahabodhi Society in Kolkata, for providing unstinted cooperation and coordination to make the repatriation process a success.