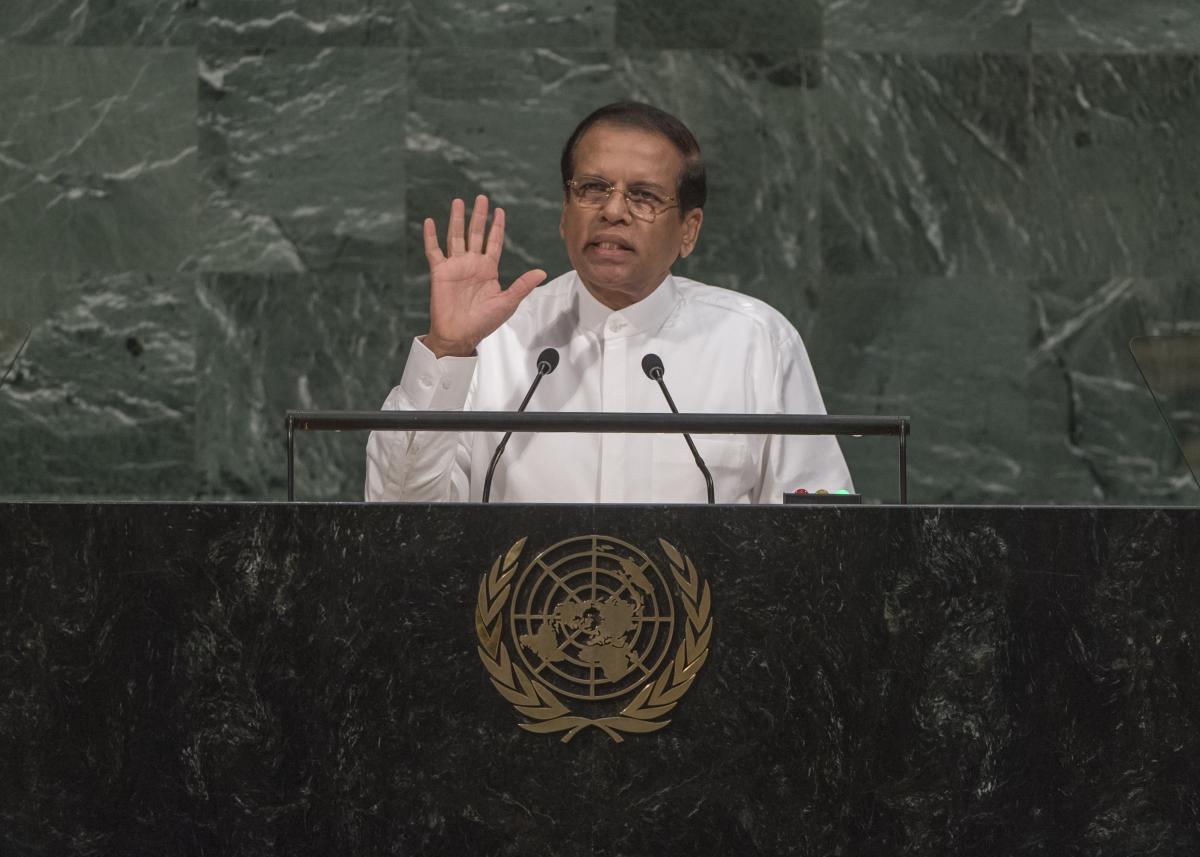 H.E. Maithripala Sirisena, President of the Democratic Socialist Republic of Sri Lanka, delivers his remarks at the 72nd Session of the UN General Assembly, 19 September 2018

In his remarks, President Maithripala Sirisena noted the tremendous progress made by the government towards reconciliation, human rights and the rule of law and further emphasized the aim of the government to ensure sustained economic development through the increase of domestic agriculture and industry, with due regard given to protecting the environment. In this context, President Sirisena noted the vital importance of the implementation of the Paris Climate Change Agreement in order to ensure the future of both man and nature. His full remarks can be found here.

During his visit to New York for the UN General Assembly, President Sirisena and First Lady Jayanthi Sirisena attended the luncheon hosted by US President Donald Trump and First Lady Melania Trump, for Heads of States attending the 72nd UN General Assembly. In addition, President Sirisena held a number of bilateral discussions on the sidelines of the UN General Assembly, including with the Prime Minister of Pakistan, Hon. Shahid Khaqan Abbasi, the Under Secretary for Political Affairs, Mr. Thomas A. Shannon, the Prime Minister of Nepal Hon. Sher Bahadur Deuba and UN High Commissioner for Human Rights, Prince Zeid Ra’ad al-Hussein. 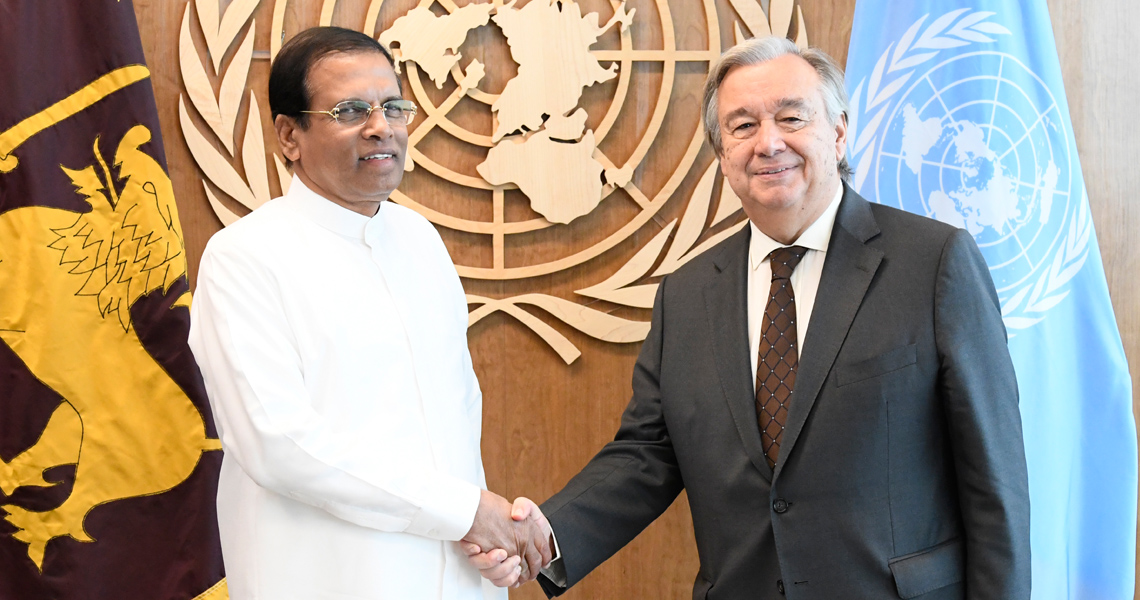 President Maithripala Sirisena also had a bilateral discussion with the UN Secretary General Antonio Gutterres on September 23 during which Mr. Guterres assured the President that the UN is ready to provide every possible assistance to Sri Lanka in its efforts to build as a prosperous nation reconciliation is strengthened. Mr. Guterres also encouraged President Sirisena to secure a long-term political settlement through constitutional reforms and encouraged the President to establish the remaining transitional justice mechanisms.

The President also took the opportunity to visit the Buddhist Temple in Queens, New York during his UN tour, where he addressed a meeting with Sri Lankans living in the U.S.A. The President also presented a felicitation scroll to the Chief Incumbent of the Buddhist Temple in Queens, Ven. Kurunegoda Piyatissa Nayaka Thero, in recognition of his social and religious services to the society.

President Maithripala Sirisena with the Venerable clergy of the Queens Temple, New York