The Permanent Mission of Sri Lanka to the United Nations in New York celebrated Sri Lanka’s 72nd Anniversary of Independence by hosting an evening reception for a large number of foreign diplomats and representatives of the Sri Lanka Community in the tri-state area, civil society, media and artistes on 4th February 2020 at the Mission premises.

The event commenced with the singing of the National Anthem, followed by the observing of two minutes silence in the memory of all those who had laid down their lives to preserve and protect the peace, freedom, unity and territorial integrity of Sri Lanka.

Ambassador Kshenuka Senewiratne, Permanent Representative of Sri Lanka to the United Nations, addressing the guests on this occasion, observed that celebrations such as the Independence Day are opportune to reflect on challenges of today and address them from lessons drawn from the past.  Highlighting the challenge of the brutal terrorist attack last April that Sri Lanka had faced, she thanked the international community for the outpouring of sympathy and appreciated the assistance in this instance by the United Nations in seeking to address the related issues. She emphasized that as a multi ethnic, multi-religious and multi-cultural country, Sri Lanka remained resilient and unified in the face of such a heinous threat. She pointed out that due to the hard work of the people as well as the business and tourism industry, it was gratifying to note that CNN Travel had ranked Sri Lanka as one of the 20 best places to visit in 2020, while being designated as the best Island to Visit in 2019 by the Travel and Leisure Magazine.

Ambassador Senewiratne stated that H.E. Gotabaya Rajapaska having been elected as Sri Lanka’s seventh Executive President in November 2019, during his inaugural address to the nation, pledged to follow a neutral foreign policy of maintaining friendly relations with all countries.  Further, she apprised that President Rajapaksa had also emphasized Sri Lanka’s deep commitment to global initiatives, particularly climate change and the achievement of the UN Sustainable Development Goals.  She also referred to Foreign Relations Minister Hon. Dinesh Gunawardena’s call to all Sri Lankans in the country and overseas to join the Government in the task of building a strong nation, and uniting to achieve the vision of a safe, prosperous and stable future for the country.

Tracing the history of Sri Lanka’s engagement with the UN, Ambassador Senewiratne stated that this year, the country marks the 65th anniversary of Sri Lanka’s admission to the United Nations and highlighted the contributions Sri Lanka had been making to the world body, dating back to the provision of peacekeepers since 1956, holding the post of non-Permanent Member of the Security Council and the position of the President of the General Assembly.  She affirmed Sri Lanka’s continuance of contributing towards the collective work of the UN in future.

In conclusion, Ambassasdor Senewiratne thanked the Sri Lankan community in the New York tri-State area for their tireless support of the Mission’s work and expressed confidence in further strengthening this cooperation for attaining the best for their Motherland.

Following the address, guests were invited to a sumptuous buffet of traditional Sri Lankan food and sweets akin to the diverse cuisine of the country’s respective communities.

Guests were also given a gift of pure Ceylon Cinnamon and a tourism brochure from the Sri Lanka Tourism Promotion Bureau. 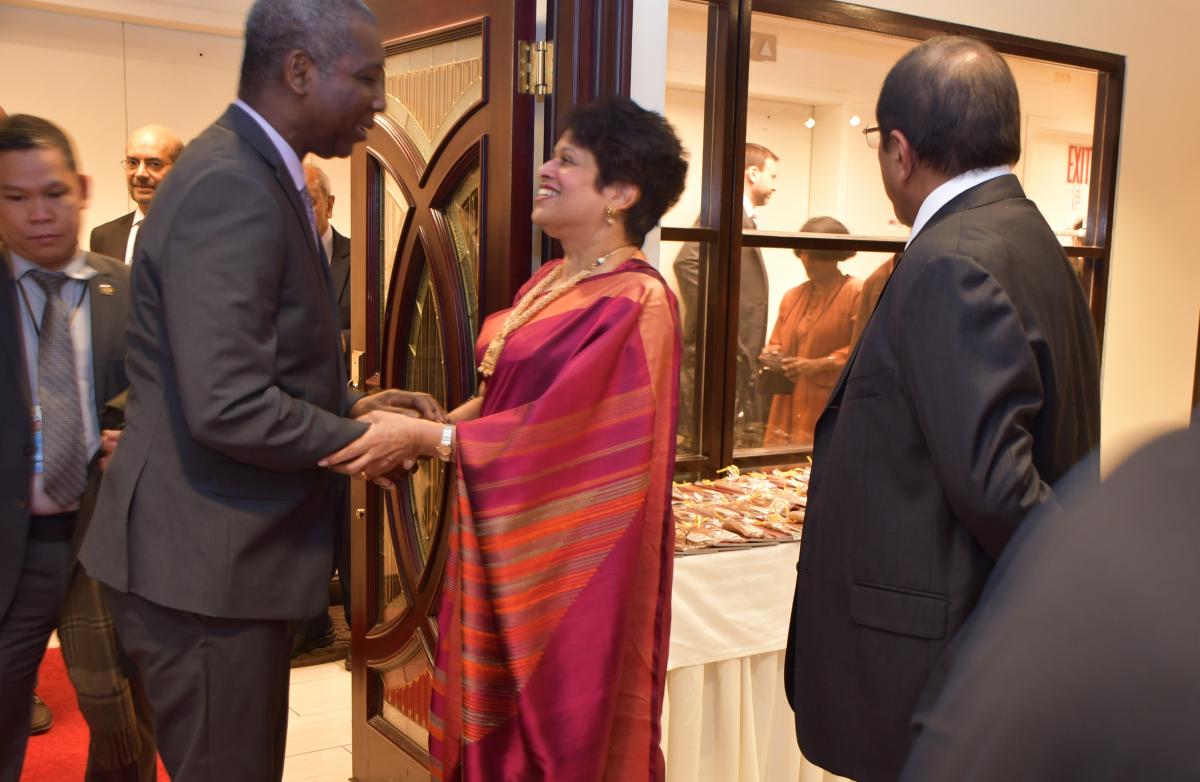 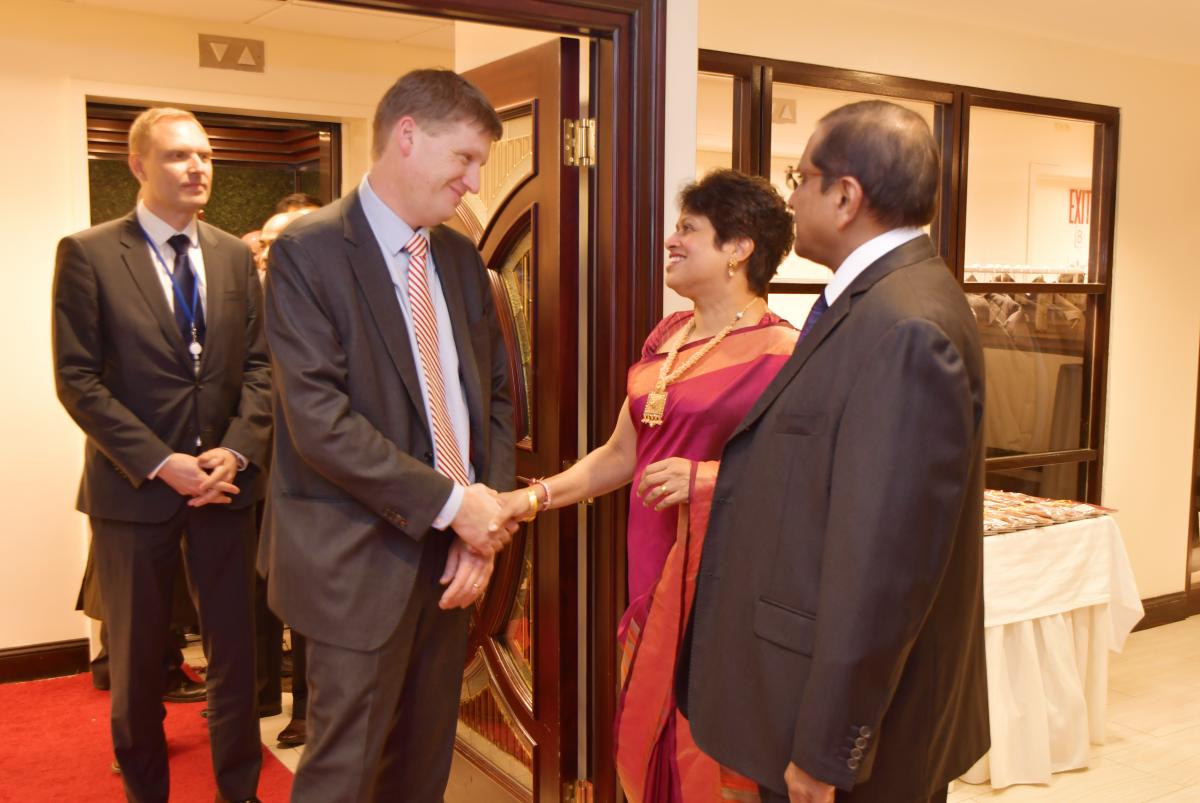 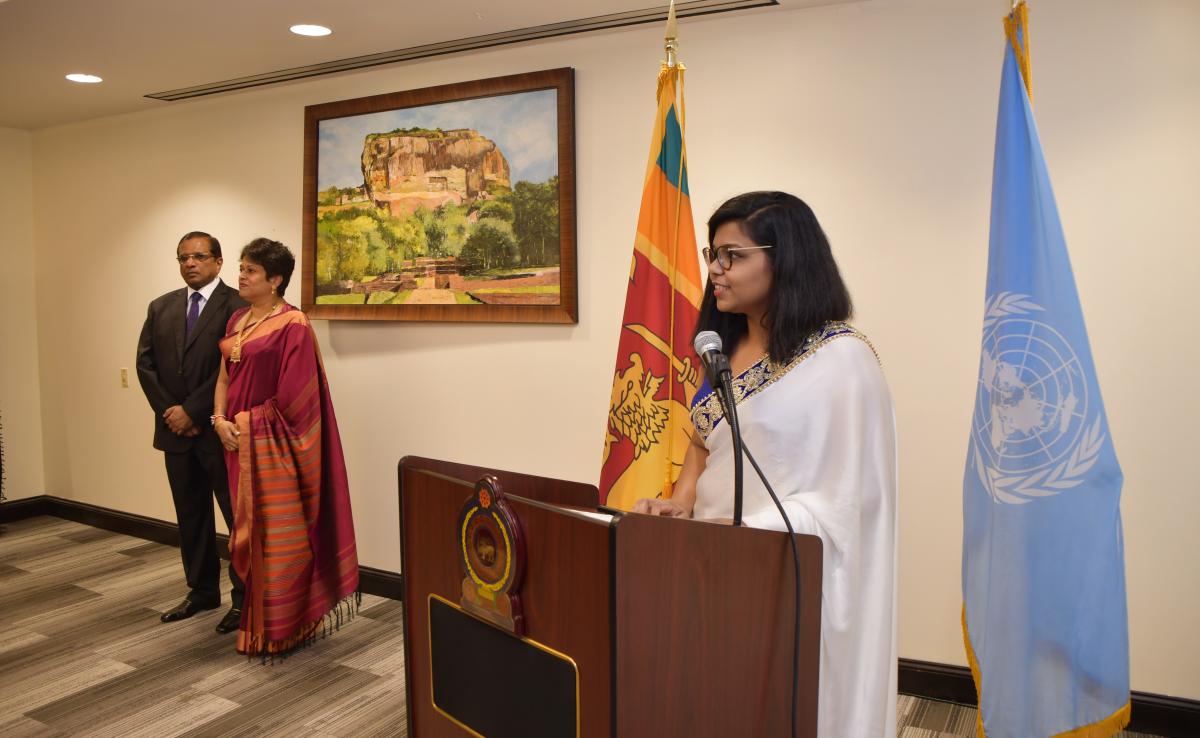 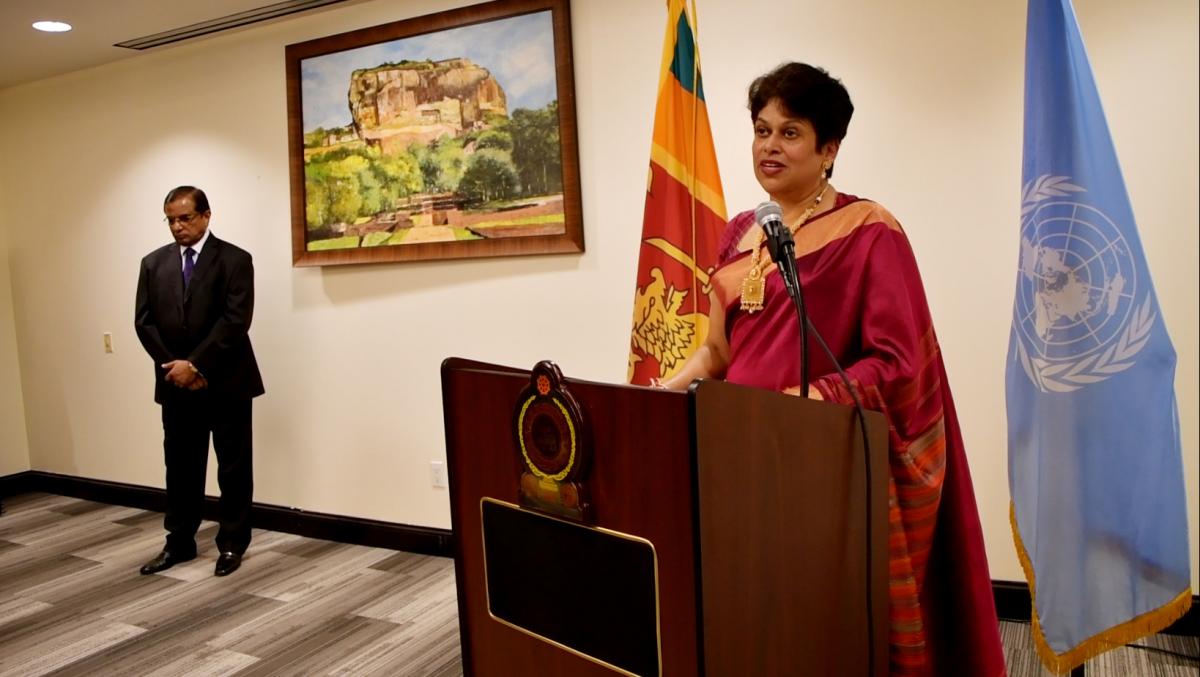 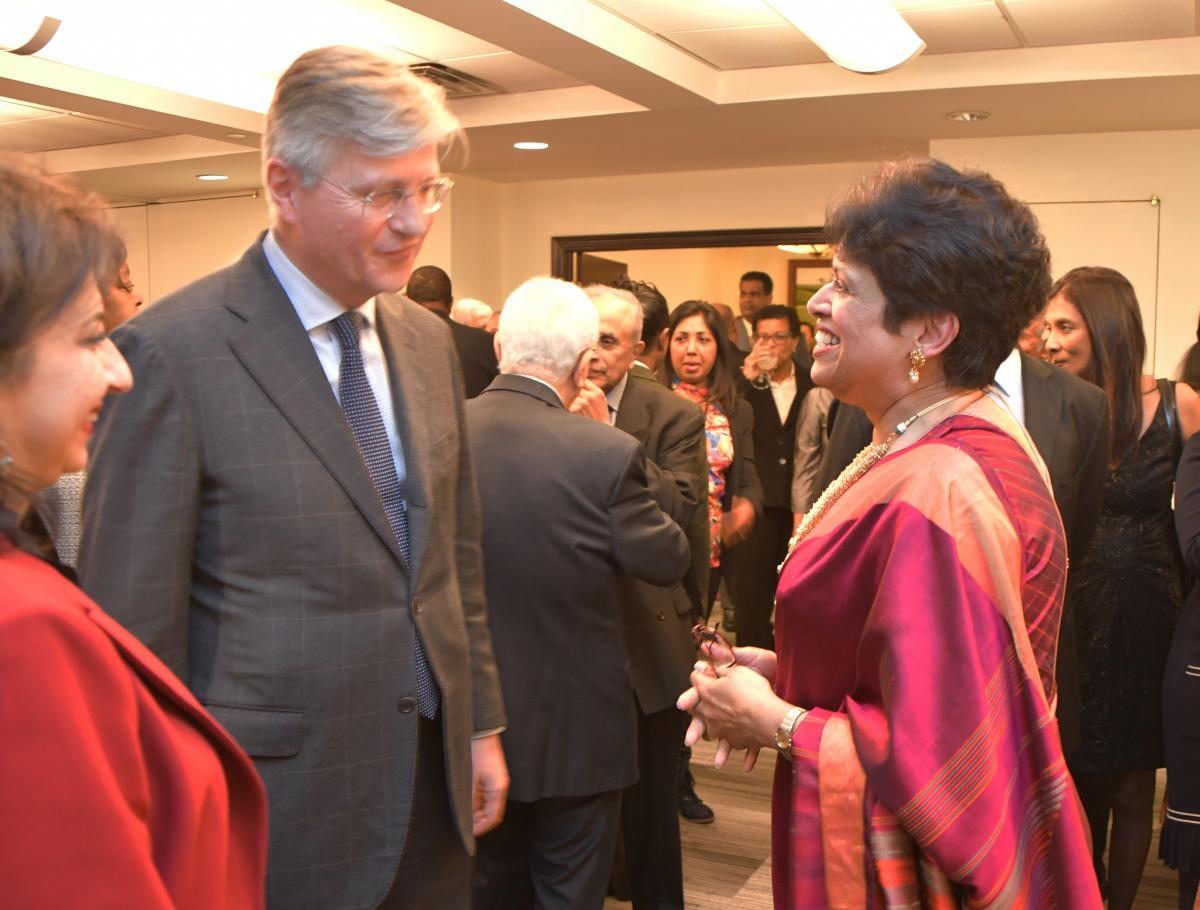 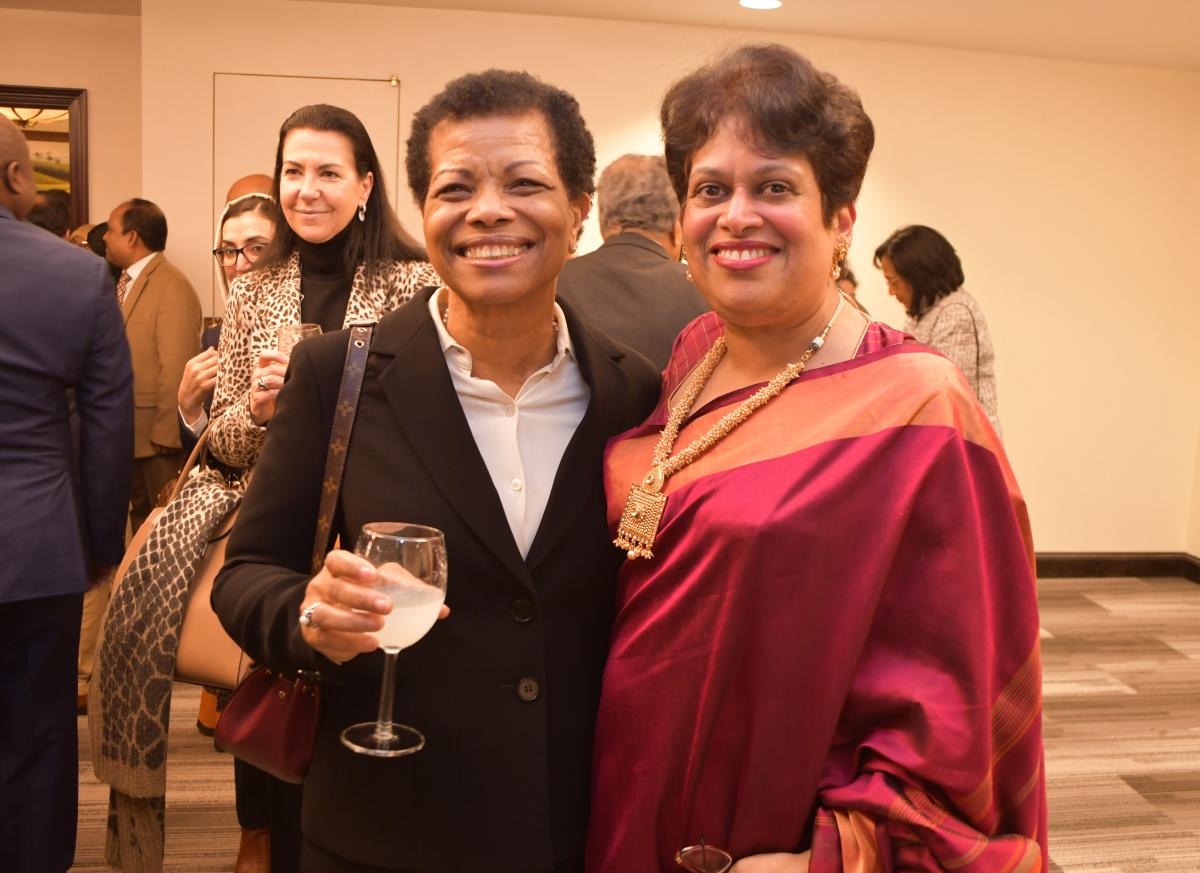 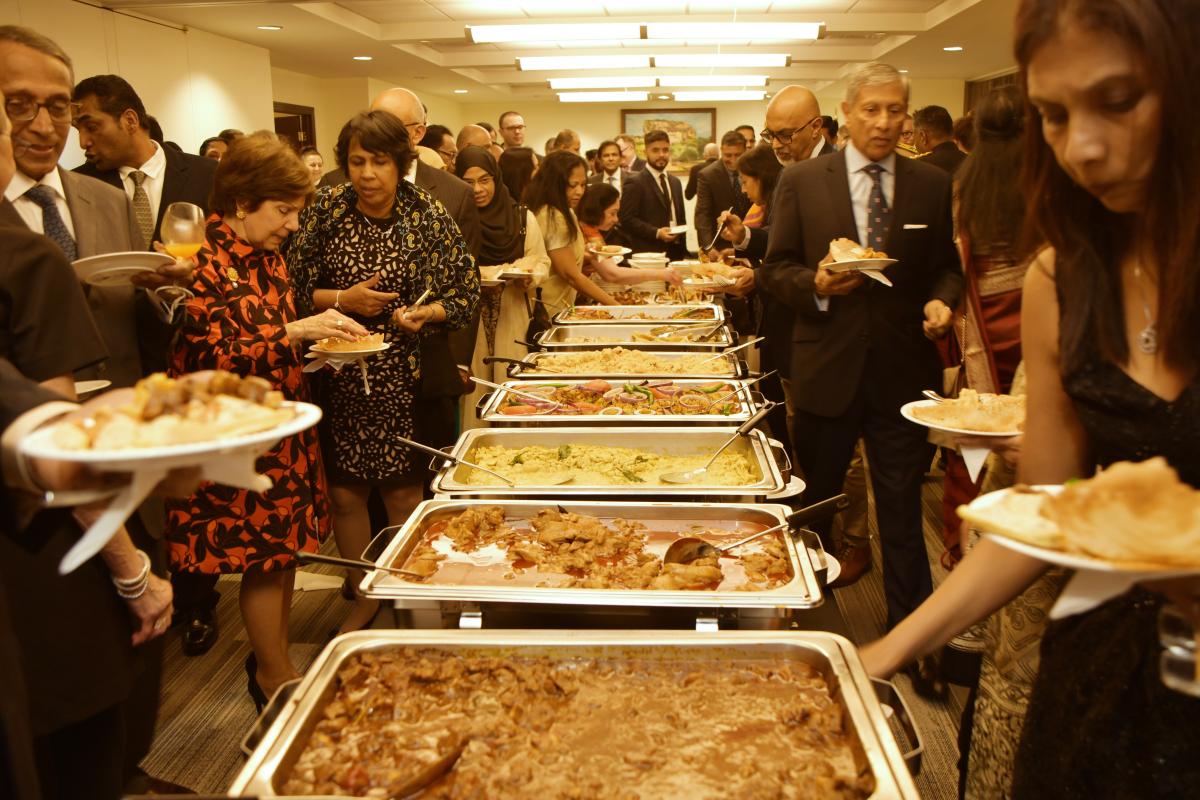 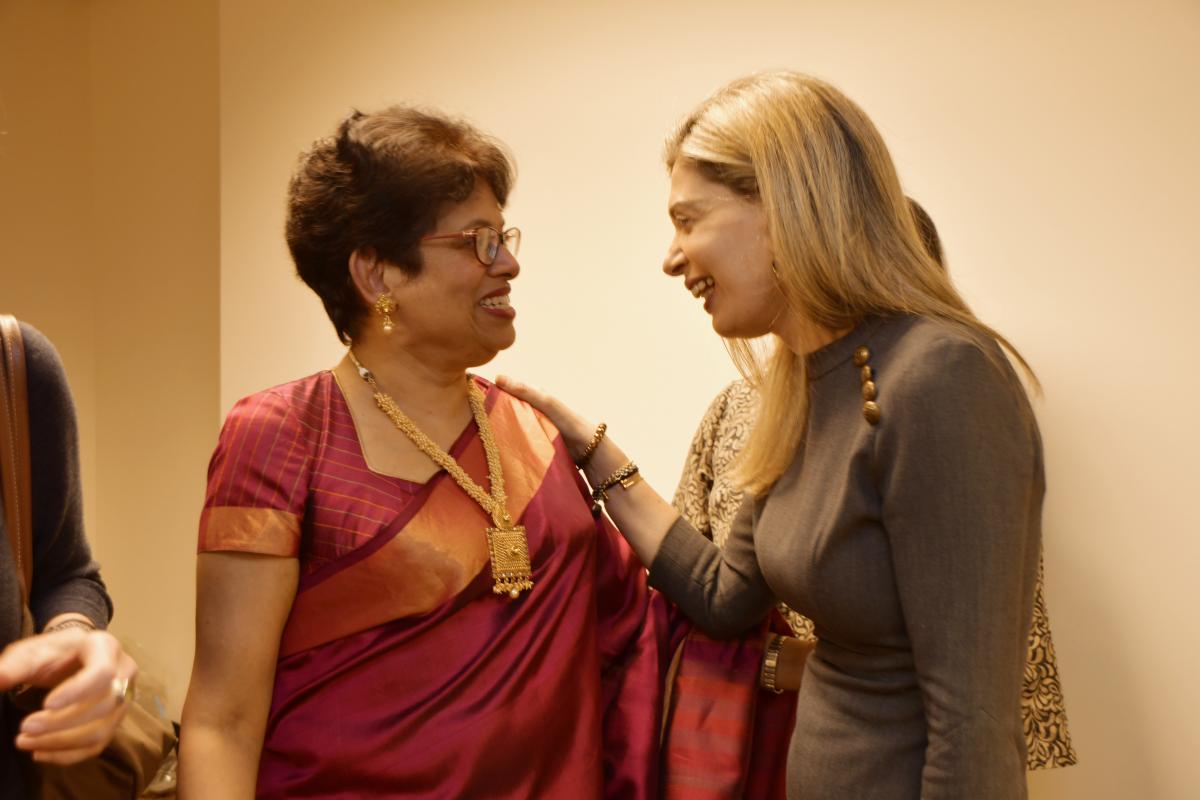 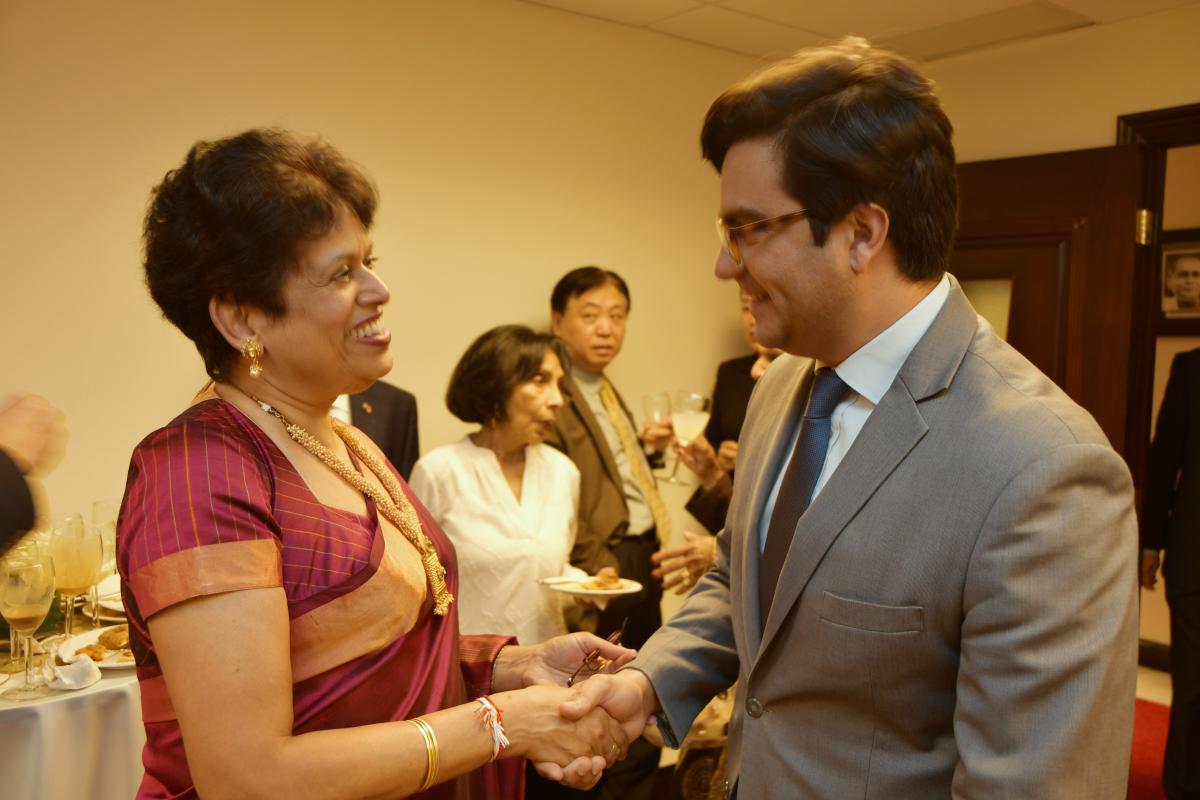 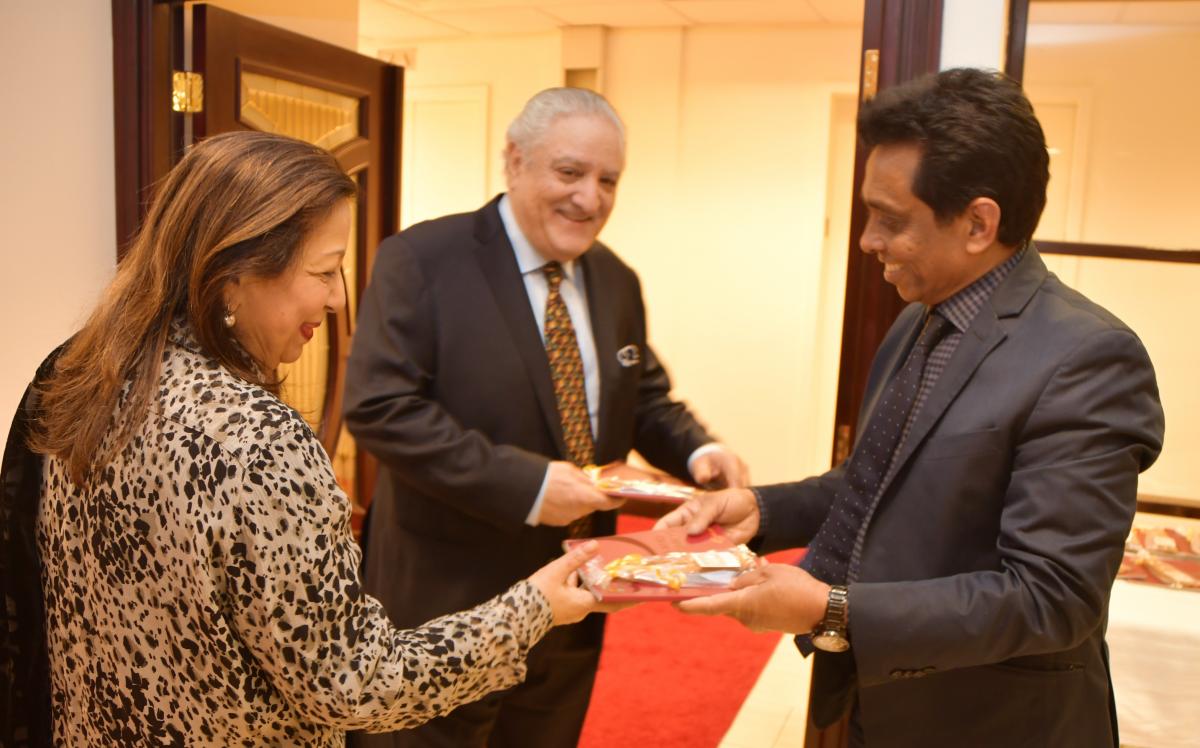 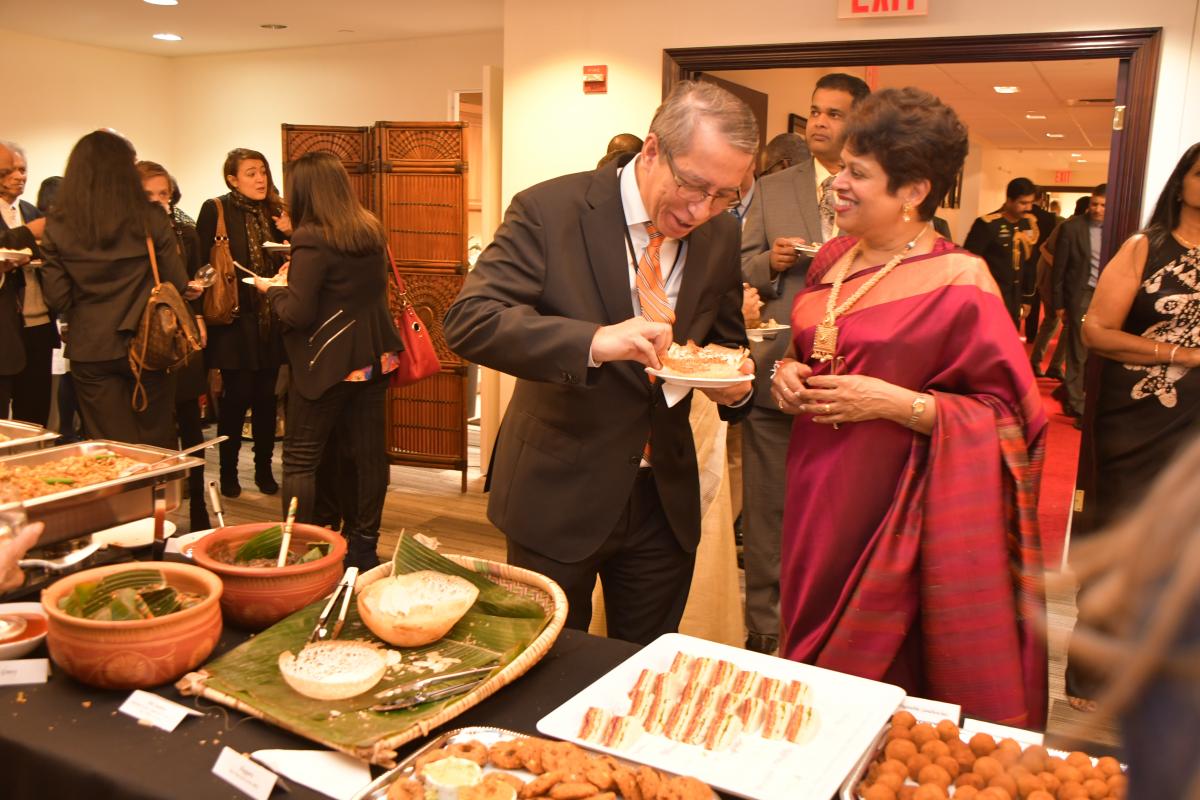 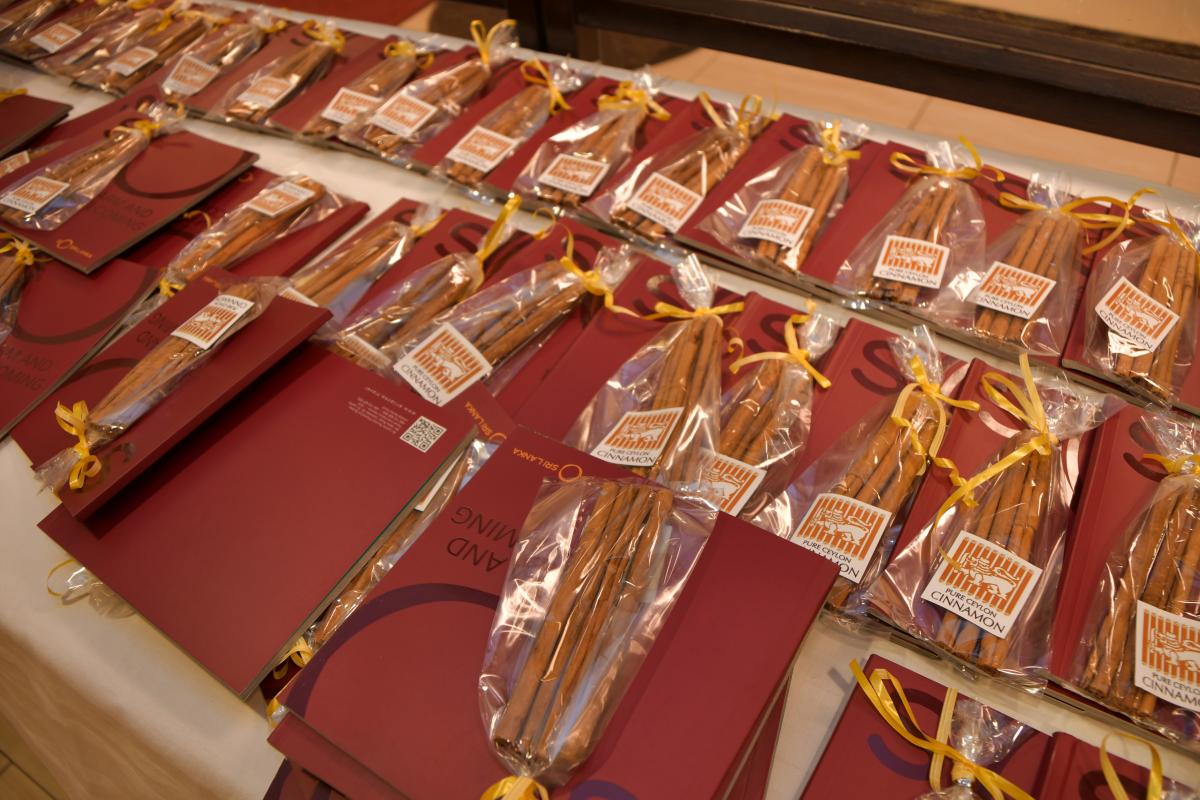 The Permanent Mission of Sri Lanka to the United Nations