A reception on the occasion of Deepavali was hosted by the Permanent Mission of Sri Lanka to the United Nations on Sunday, 27th October 2019, at the Mission premises. The event was attended by members of the Sri Lankan community from the Tri-State area. 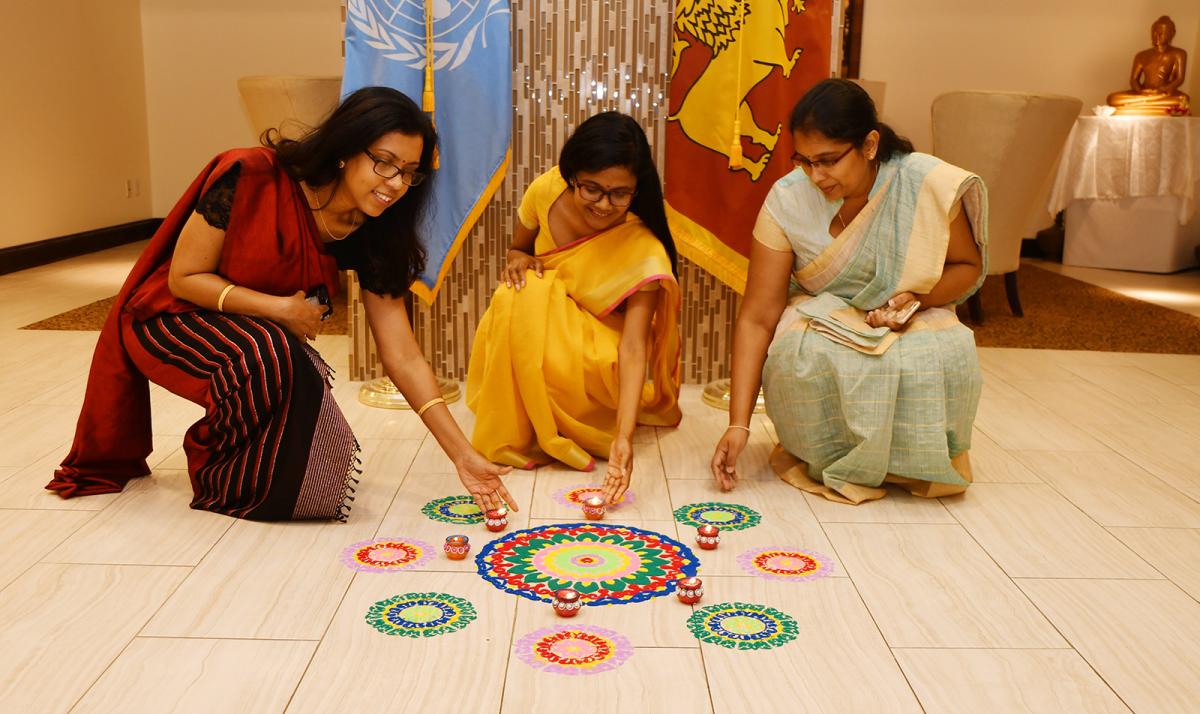 Welcoming the gathering, Ambassador Kshenuka Senewiratne, Permanent Representative of Sri Lanka to the United Nations, stated that Deepavali resonates with Sri Lankans, being the festival of lights which symbolizes spiritual victory of life over darkness. She also urged that, as Deepavali is celebrated in common spirit back home in Sri Lanka, this was an opportunity for the Sri Lankan expatriate community in New York, to further strengthen unity with respect and appreciation of their diversity.

Ambassador Senewiratne noted that “Deepavali, in essence, is celebrated to kindle the light of wisdom in every heart, the light of life in every home, and bring a smile on every face.” She emphasized that this occasion was a moment for reflection that, as a country, its nationals could rise to the very essence of Deepavali, with pluralism in Sri Lanka and unity in religious diversity also being embraced, while respecting each other. In this context, the Permanent Representative underscored the many occasions that would test Sri Lankans’ capacity to stand united and to protect their kith. This selfless ability, she observed, was evident in the manner in which the people of Sri Lanka emerged as one from the harrowing experiences in the past, and as recently as April this year. 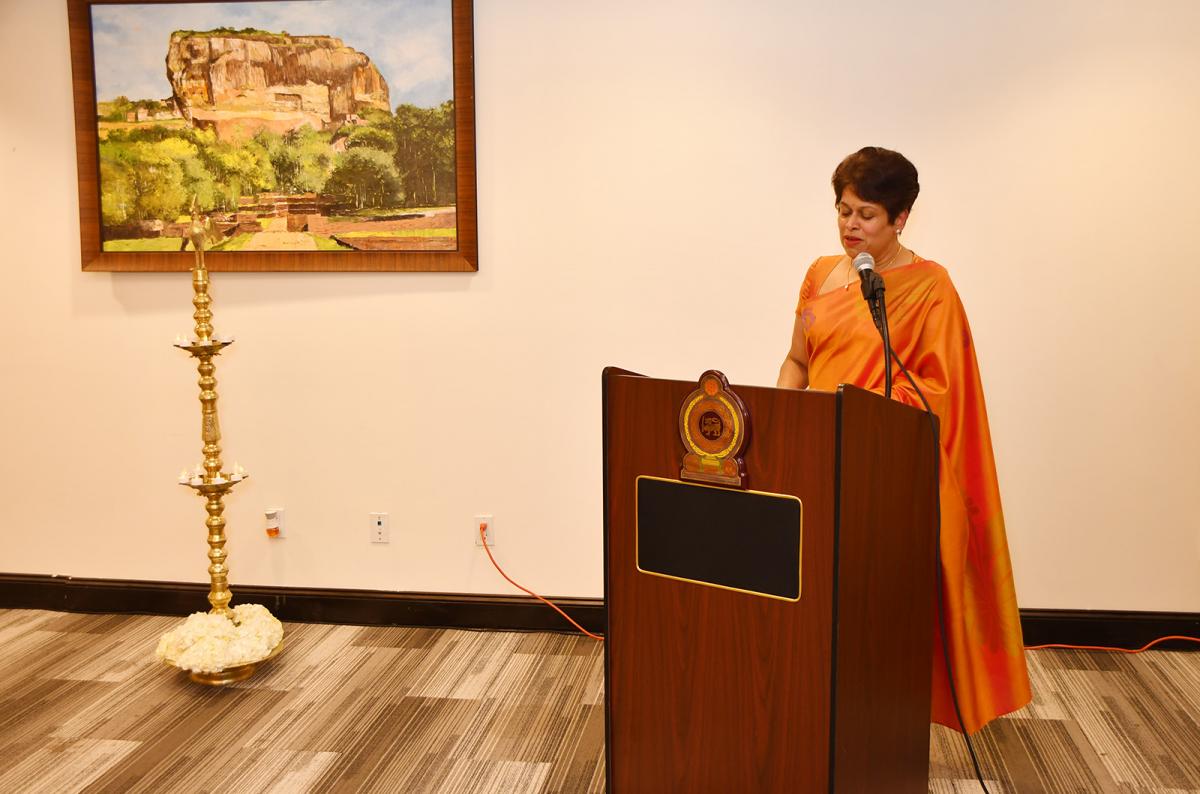 She further highlighted that for the person who is ignorant, Deepavali comes only but once a year; however for the wise, this festival is every moment and in this context she called on the Sri Lankan community to be wise and lead an exemplary life.  Ambassador Senewiratne requested that, with the lit lamps placed around the room, the Sri Lankan community in New York continues in unison to work toward the betterment of Sri Lanka.

Swamy Sri Ramanathan Subramony of the Hindu Temple Society of North America conducted the religious ceremony, by invoking blessings upon Sri Lanka and all those present to celebrate the holy festival of Deepavali. Kamille Shivwkumar performed a kuchipudi Pushpanjali, a traditional dance presenting salutations to the lord of dance, Natraja. 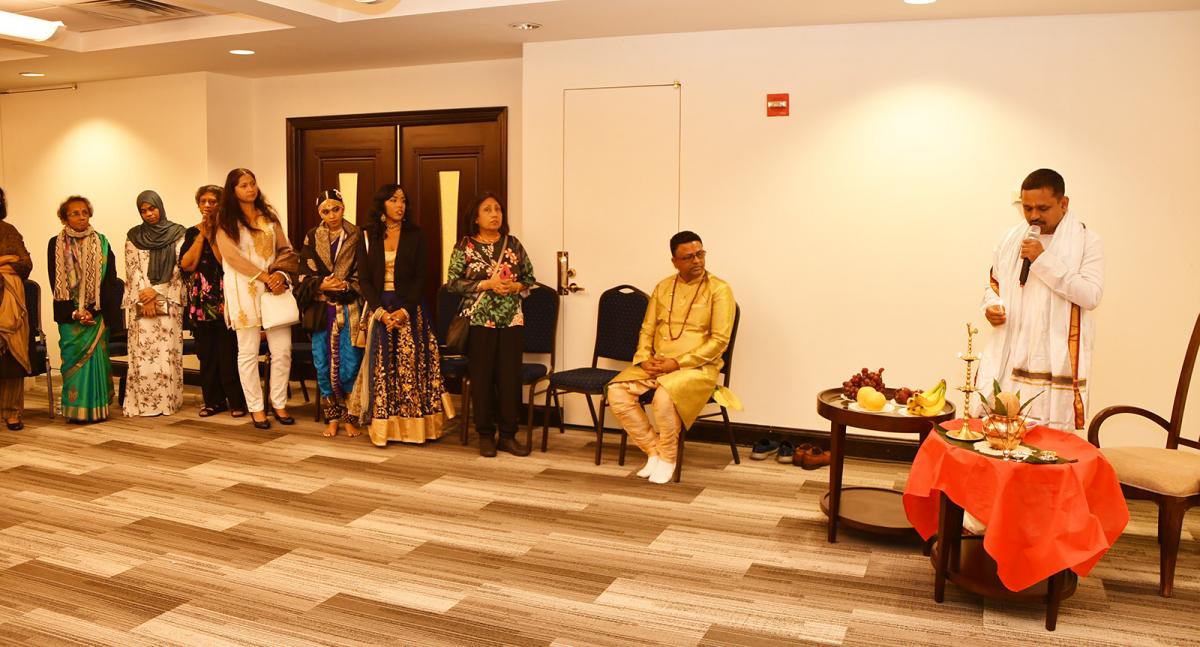 The guests were treated to a vegan dinner, featuring traditional delicacies prepared by Nandaswami Thirukumar of the renowned ‘NY Dosas’ located adjacent to the New York University Law School. ‘NY Dosas’ is a world-famous food cart run by Sri Lankan-born Thirukumar, who won the Vendy Award for Outstanding Street Food-NYC in 2017, and has been featured in multiple news media both in New York and abroad. 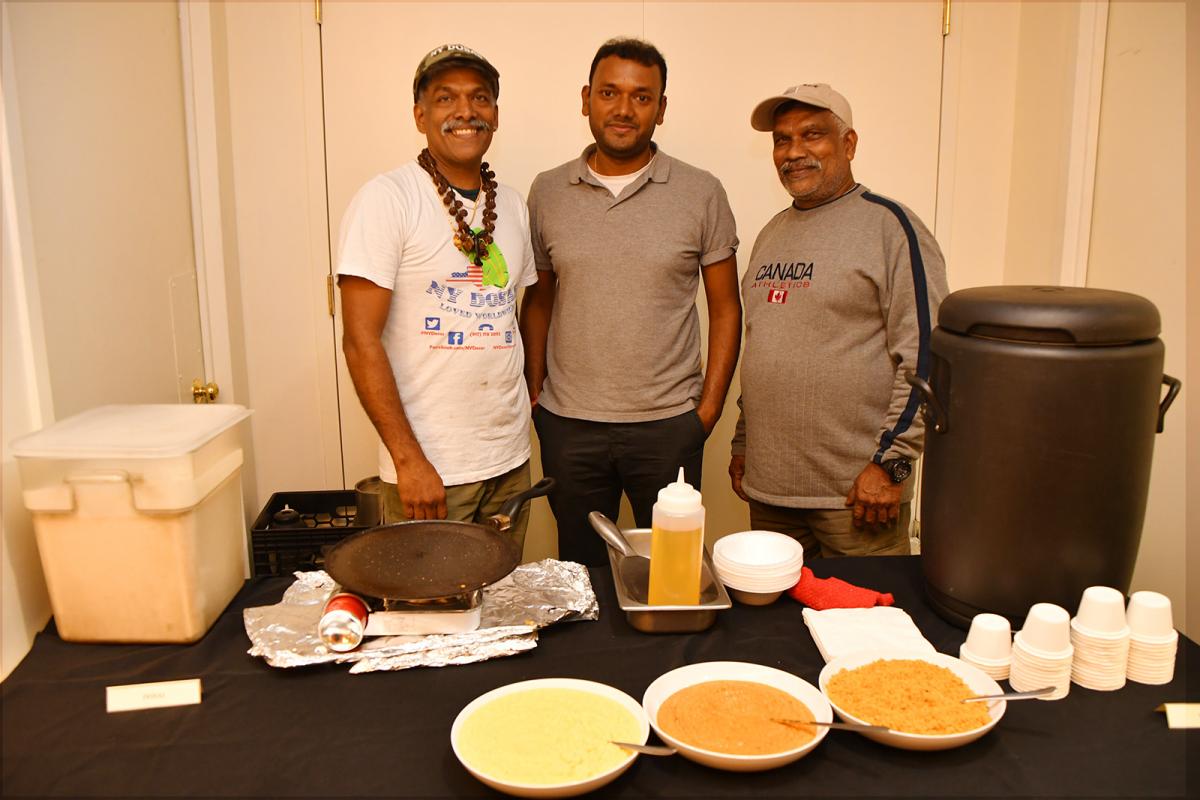