Minister of Women and Child Affairs Hon. Chandrani Bandara Jayasingha delivered remarks at a roundtable on the priority theme of ‘Women’s Empowerment and its link to sustainable development,’ during the Ministerial Segment of the 60th Session of the Commission on the Status of Women, held at the United Nations, New York on 14th March 2016. 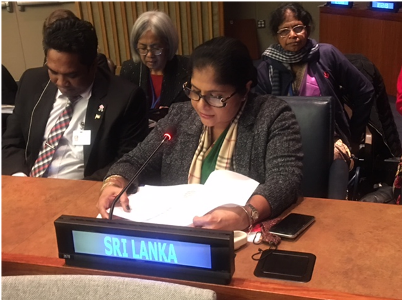 The focus of the roundtable was on ‘Enhancing national institutional arrangements for gender equality and women’s empowerment’ and Ms. Jayasingha noted the significant steps taken in Sri Lanka towards furthering gender equality at the national and local level, especially recognizing that gender equality has been guaranteed in the Sri Lankan constitution. She also elaborated on the steps undertaken to address gender-based violence using the overarching framework of Prevention-Intervention-Advocacy for eliminating violence, and further noted the framing of a new constitution for which the submissions for constitutional provisions by civil society groups seek to ensure at least 30% political representation by women in the parliament as well as in local provincial councils. 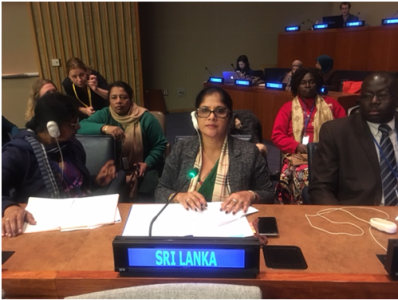 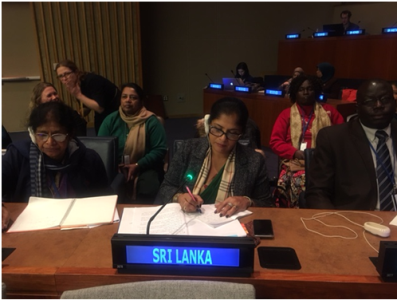 Minister Jayasingha also highlighted the many strides undertaken by the government at the local level to ensure female representation and the protection of women working in the informal sector.