“Leaving No One Behind: A Continued Quest”-

Child Rights and Sight under the Framework of Sustainable Development 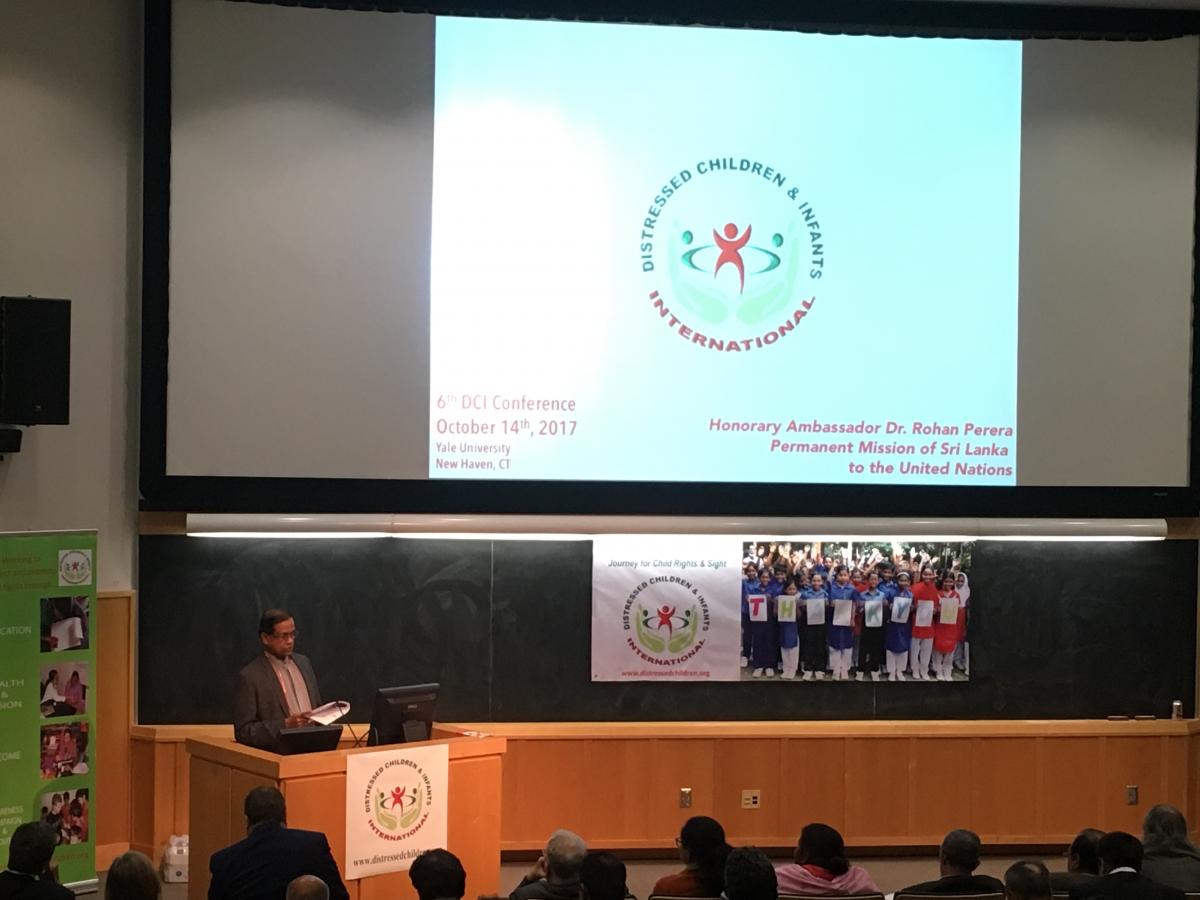 H.E. Dr. Rohan Perera, Permanent Representative of Sri Lanka to the UN, participated as a key-note speaker at the Sixth International Conference on Child Rights and Sight, held at Yale University on October 14th 2017. The Conference, which was organized by the international non-profit Distressed Children and Infants International (DCI) saw participation from academic professionals including researchers from Yale University, political officials including the United States Ambassador to Bangladesh, supporters of DCI, and members of the community. The conference included sessions discussing Child Rights under the thematic topics of “Education and Development”, and “Health and the Environment”.

In his statement, Dr. Perera  highlighted a concept central to the United Nations 2030 Agenda, the principle of “leaving no-one behind”, which aims to bring those most marginalized into the central spotlight. He outlined that this includes giving special focus to children, those with disabilities, and other vulnerable populations. Emphasizing the interlinkages between the protection of the rights of the child and the pillars of sustainable development, he emphasized that as we work to achieve the vision of sustainable development, we must continue to put children first.

Dr. Perera further outlined several initiatives for supporting children with disabilities initiated in Sri Lanka, as well as partnerships towards creating a culture of inclusiveness among children, including with a social and emotional intelligence educational program for children called Think Equal. He asserted that when moving towards national visions of sustainable development, countries must not only work to keep their central commitments in mind, including those to the most marginalized and vulnerable sectors of our society, but also think creatively about approaches to sustainable development, and consider new and innovative solutions to the problems at hand.