Sri Lankan Baritone Gehan Cooray will perform an array of operatic arias, classical melodies, and songs from Broadway and Hollywood on Monday 14 October at 8:00PM at the Zankel Hall. The performance titled “From the Heart of a Baritone is presented by North American Aviation Group Inc and will run for 90 minutes.

The Programme will include Rossini’s "Largo al factotum" from Il barbière di Siviglia, Martini’s  "Plaisir d’amour", Gounod’s "Le veau d'or" from Faust, Handel’s "Where E’er You Walk" from Semele, Schubert’s "Ave Maria," D. 839, Arlen’s "Over the Rainbow" from The Wizard of Oz, Lerner/Loewe’s "On The Street Where You Live" from My Fair Lady, among others. Currently residing in Los Angeles, Gehan presents this eclectic program in collaboration with pianists Rohan De Silva and Peter Dugan. All proceeds will go to the Seth Sarana Caritas Fund benefitting children affected by the Easter Sunday attack in Sri Lanka. 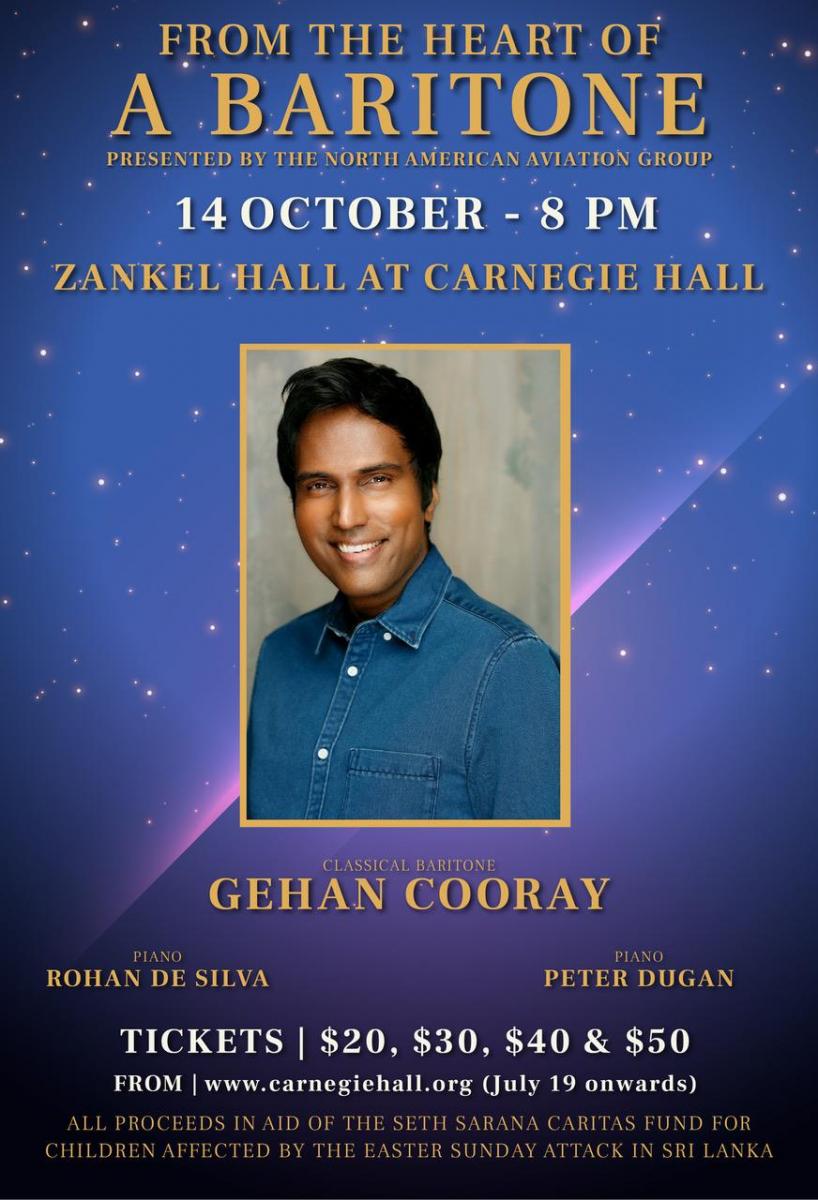 Gehan Cooray is a Classical Baritone Singer and Actor/Independent Filmmaker based in Los Angeles. Originally from Sri Lanka, Gehan graduated from the University of Southern California (USC) with Bachelor of Arts degrees in Drama and Psychology.

He is currently completing Post-Production at Warner Bros. on his own independent Feature Film adaptation of a George Bernard Shaw play. Titled The Billionaire, Gehan portrays the title character alongside 5 time Emmy Award winning actress Heather Tom from 'The Young and the Restless' and 'The Bold and the Beautiful'. http://www.imdb.com/name/nm3582034