Foreign Secretary Ravinatha Aryasinha has called for the regaining of Sri Lanka’s economic prominence in Egypt to its traditional strength, consistent with the shared history, excellent bilateral political relations and the collaborative role the two countries play in the multilateral sphere.

The Foreign Secretary made this observation on Thursday (12 December 2019) when he addressed the Inaugural Session of the Bilateral Political Consultations between Sri Lanka and Egypt at the Egyptian Foreign Ministry in Cairo. The Session was Co-Chaired by the Egyptian Assistant Foreign Minister for Asia Ambassador Hany Selim.
Sri Lanka’s Ambassador to Egypt Damayanthie Rajapaksa, and officials from the Ministry of Foreign Relations and the Sri Lanka Mission in Cairo were associated with the Foreign Secretary during the talks. 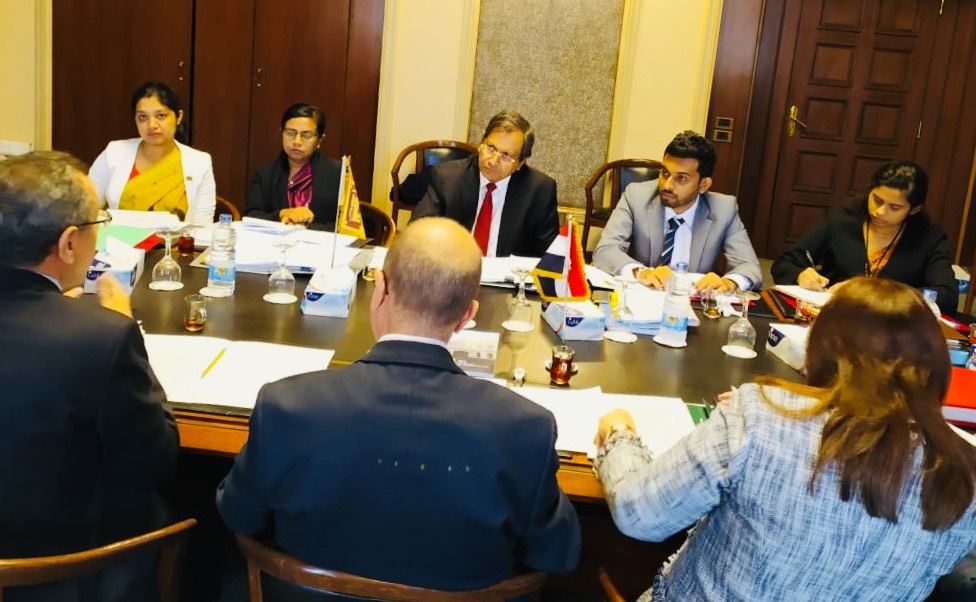 Welcoming the Sri Lanka delegation Assistant Minister Ambassador Selim highlighted the historical relationship between Egypt and Sri Lanka. Noting that the two countries have over the years supported each other in facing global challenges and that presently combating terrorism was a common interest, he called for the upgrading of the relationship to the level it deserves in trade, investment, technology and knowledge sharing.

Secretary Aryasinha noted that relations between Sri Lanka and Egypt which date back to centuries old trade relations, was bolstered by the exile in 1883 to Sri Lanka of the Egyptian freedom fighter Ahmad Orabi Pasha and was later consolidated through Sri Lanka’s support to Egypt in 1956 during the Suez Crisis, to African Liberation struggles and later multilateral partnership in the founding of the Non Aligned Movement and the furtherance of South-South Cooperation. He said the Political Consultations were held at a time when Sri Lanka’s President Gotabaya Rajapaksa has pledged to steer a neutral foreign policy which will allow Sri Lanka to once again play a moderating role in the global community, devoid of aligning itself to power blocks, and to pursue Sri Lanka’s national interest with friendship with all. In recent months the Foreign Ministry had also embarked on operationalizing a ‘Revitalized Africa policy’, that aims to address convergences and opportunities towards a more fruitful and mutually beneficial relationship befitting Sri Lanka’s centrality in the Indian Ocean, through cooperation with countries of the African Union (AU), where Sri Lanka received Observer Status in 2014.

It was recalled that while in the 1980s Sri Lanka provided 60% of Egypt’s tea requirement, it had presently dropped to only 5% following the imposition of high tariffs and later the emergence of regional trading blocs in Africa. However, premier tea brands such as Dilmah, Superfine, Akbar, Impra and JAFF continue to offer gourmet specialty tea to the discerning tea connoisseurs in Egypt that needed to be expanded. Egypt is also the largest market of desiccated coconut from Sri Lanka for the purpose of confectionary industry. In addition, Sri Lanka has been exporting rubber products, leather products, spices, coir products, confectionary, cocoa and cocoa based products, porcelain and ceramic ware. Sri Lanka’s imports from Egypt are mainly chemical and plastic products, metal-based products, fertilizer, oils and fresh fruits. Tourism was identified as a potential growth area, while modalities to ensure sustainable investment flows were also discussed during the consultations. To this end, it was also agreed to revive the Egypt-Sri Lanka Business Council originally founded in 2004, and to reconvene the Joint Commission on Trade and Economic Cooperation which last met in 2002.

On security and defense cooperation, joint efforts in combating terrorism, extremism and transnational crime, reactivation of the security cooperation agreement signed in 1996,  training opportunities in peace keeping at the Cairo International Center for Conflict Resolution, Peacekeeping and Peace building (CCCPA), and in counter-terrorism at the General Sir John Kotelawala Defence University (KDU) and other Training institutions in Sri Lanka, as well as establishing a focal point to share information and experiences with Egyptian authorities on preventing human smuggling and drug trafficking was discussed.

The possibility was explored for Sri Lanka to obtain know-how in the development of Medical Tourism and to build bridges between the youth in both counties through enhanced participation of Sri Lanka Youth in World Youth Forum in Egypt. The importance of broad basing the current educational cooperation in Islamic religious education, to also include Medical, Management, Science, Engineering, and Archeology in Egyptian Universities was emphasized and the Egyptian side presented a draft MOU for consideration which offered 2 Undergraduate and 6 Graduate opportunities. Recognizing that Sri Lanka and Egypt were likeminded on global issues and had close collaboration in multilateral fora, the possibility of conducting Diplomatic Training for Junior Diplomats of both countries to appreciate the common global challenges faced was discussed.

The two delegations also reviewed modalities for further cooperation between the two countries in international fora and within the African Union (AU), where Egypt is the current Chair. Developments in the Middle East and Africa, as well as Asia, and shared perspectives on a range of current international issues where Egypt and Sri Lanka cooperate including disarmament, migration, human rights and implementation of the SDGs were also discussed.

The Sri Lanka delegation to the Political Consultations included First Secretary (Commercial) of the Embassy of Sri Lanka in Cairo Shiwanthi Abeyrathna, Second Secretary Anodya Chirasrie, and Assistant Director of the Africa Division of the Foreign Ministry in Sri Lanka Thulan Bandara. 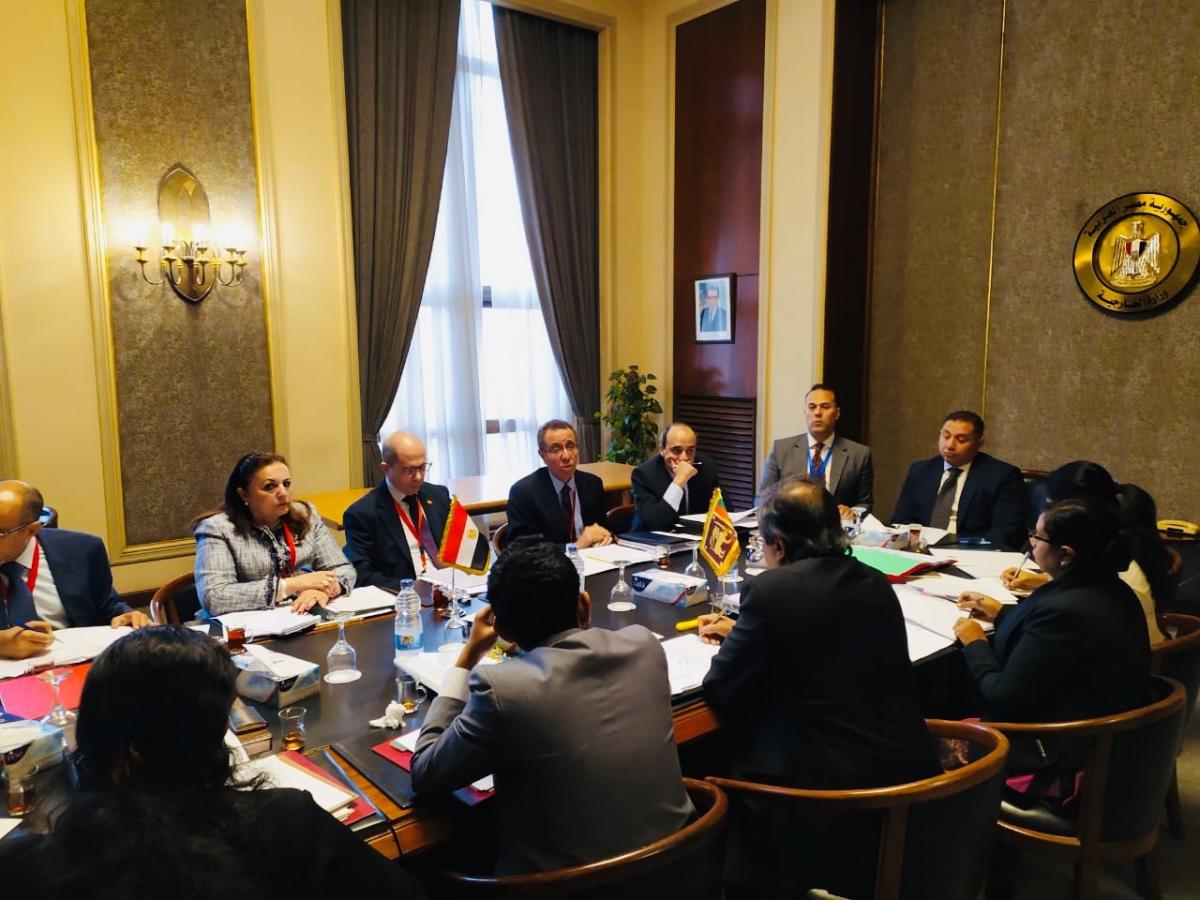 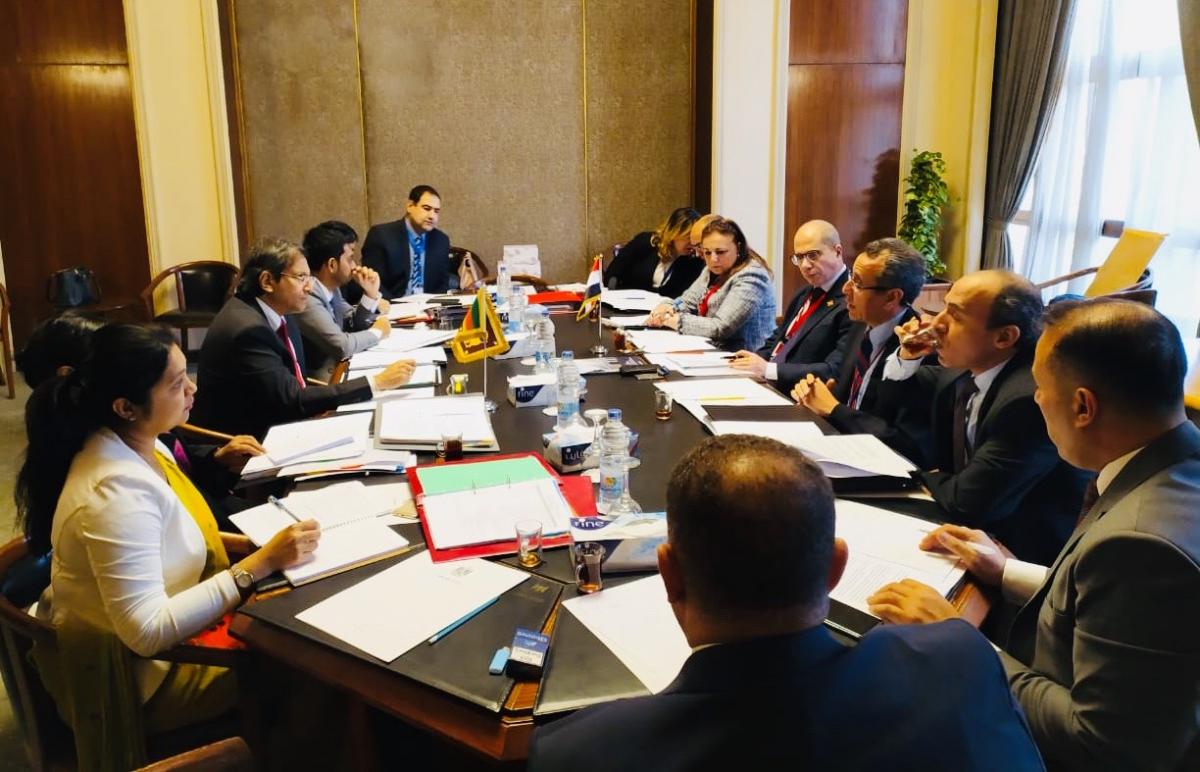