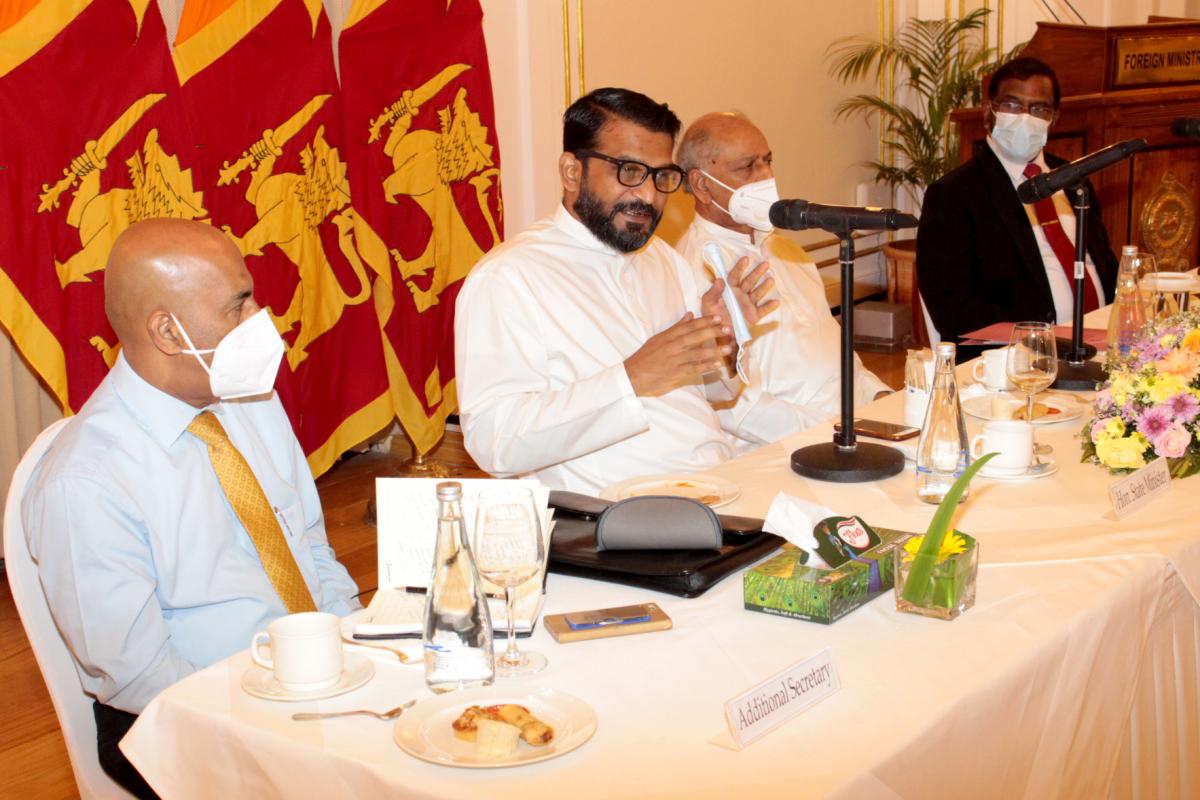 Foreign Minister Dinesh Gunawardena sought the assistance of Honorary Consuls based in Colombo to encourage foreign investors to invest in Sri Lanka. The Minister made this request at a meeting held yesterday (11 January) with the Honorary Consuls based in Colombo, at the Foreign Ministry. The meeting was held in compliance with the Covid-19 health guidelines.

Minister Gunawardena further reiterated the importance of mutually assisting each other to revive the world economy, as a collective effort amidst the pandemic. 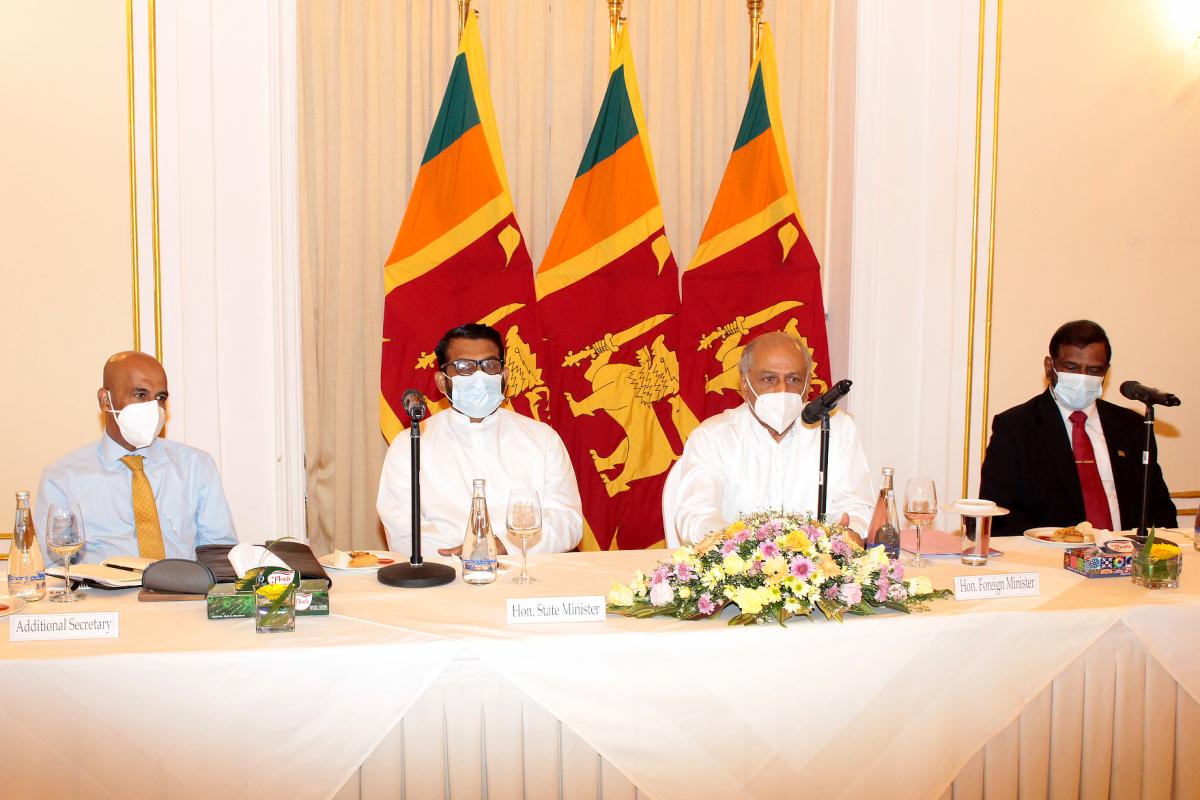 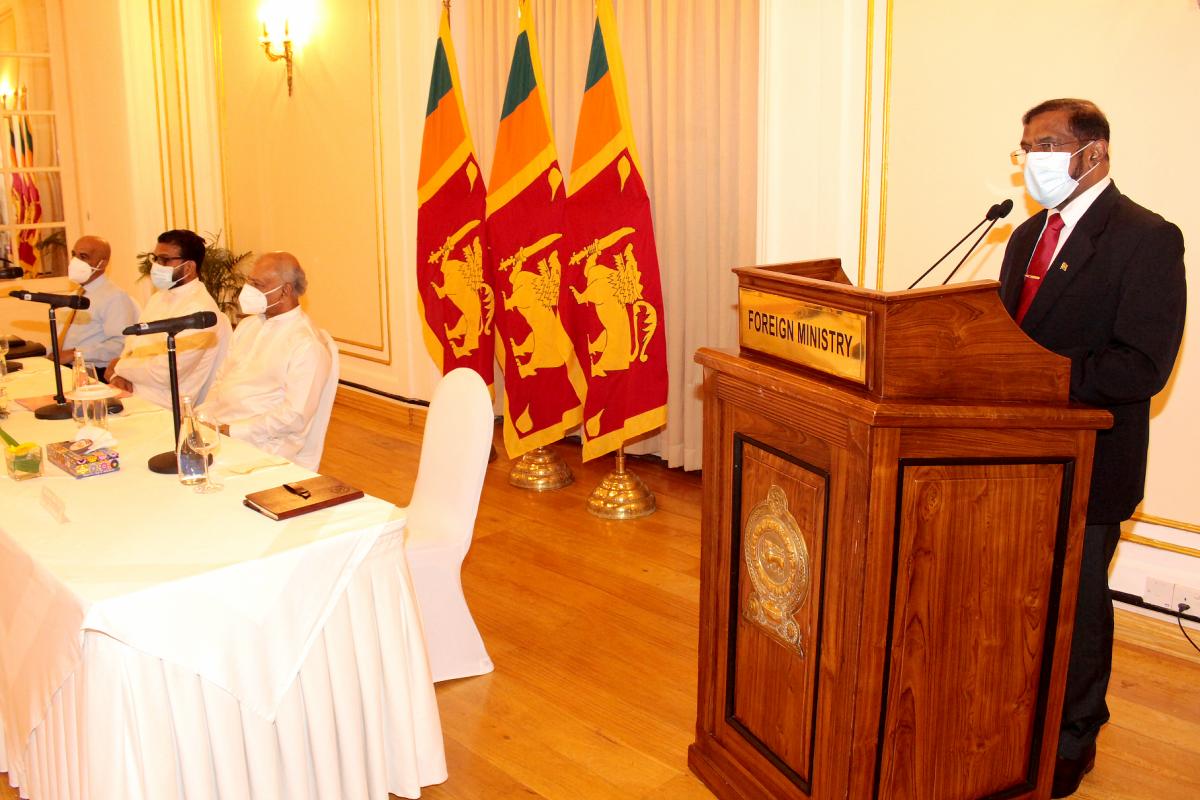 Foreign Secretary Admiral Prof. Jayanath Colombage, speaking to the gathering, explained that the weather conditions of the previous year had a positive impact on the tea production of the country. Hence, Sri Lanka is in an advantageous position to market its quality tea worldwide. 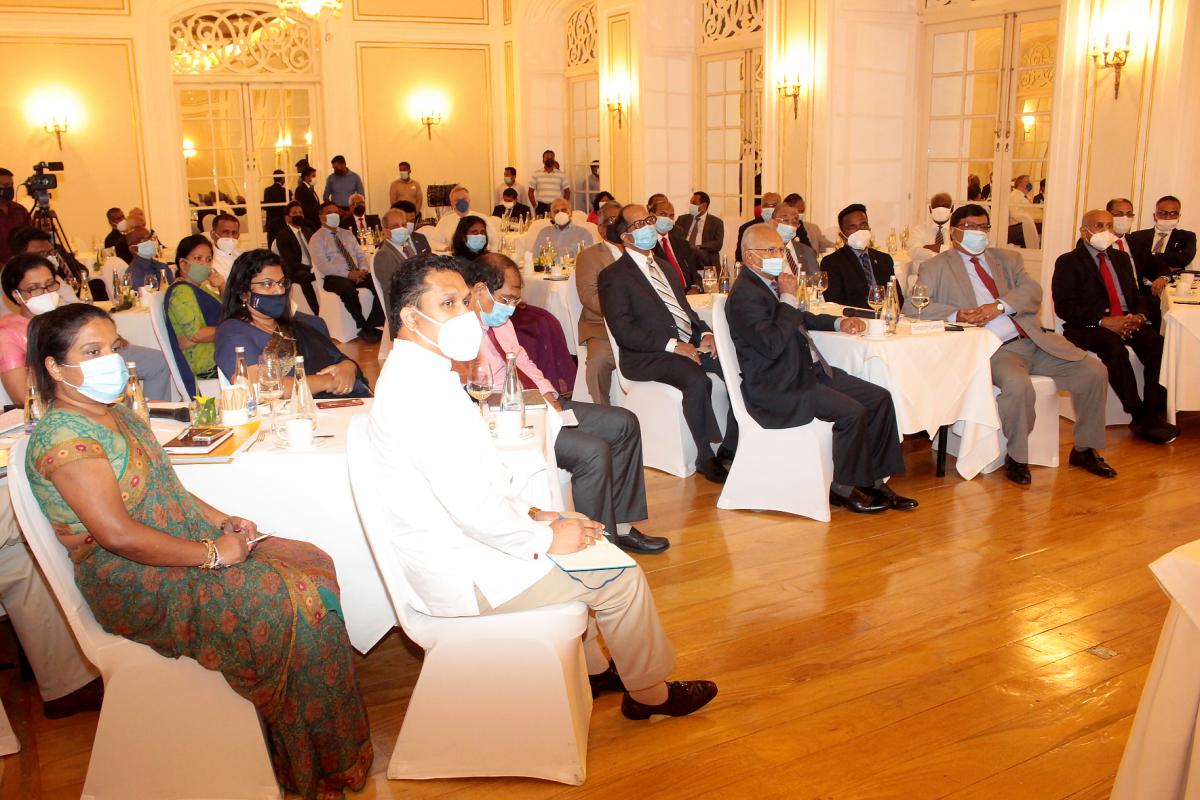 State Minister Tharaka Balasuriya also explained the State Ministry’s role of positively promoting Regional Cooperation under three pillars, in line with the vision and guidance of President Gotabaya Rajapaksa. The State Minister expressed hope on the assistance of all stakeholders concerned towards this endeavor. 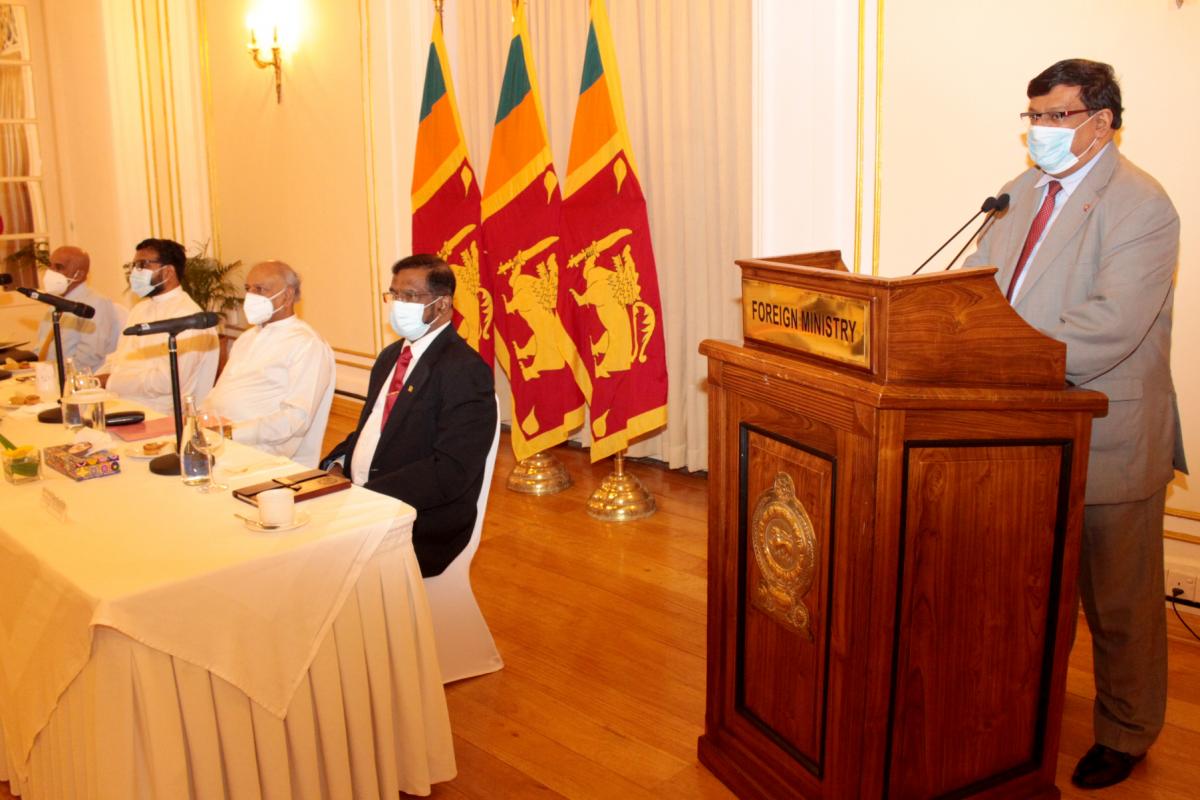 The meeting also created a platform for a dialogue between the Honorary Consuls and the Foreign Ministry officials in current topics which included ways and means of bringing investors to Sri Lanka during the period of the pandemic, opening the airport for tourists, and the new Foreign Policy of Sri Lanka. 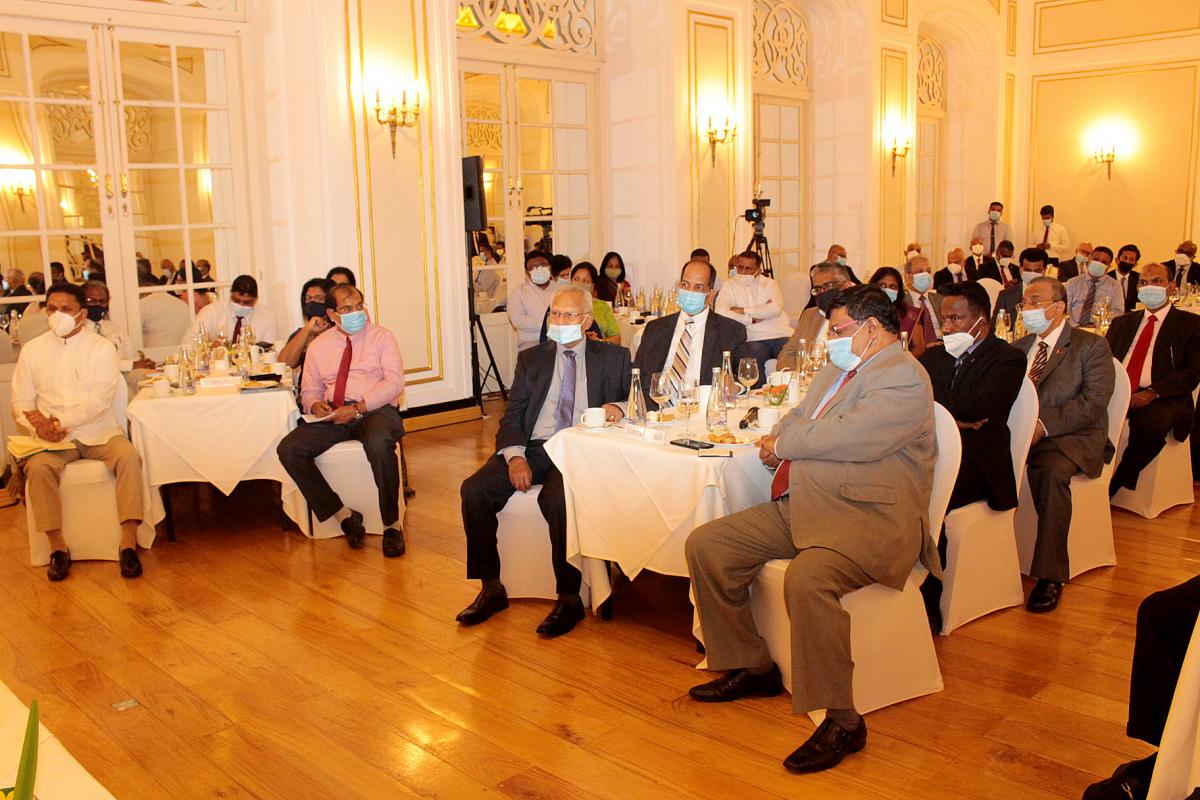 Representing the Ministry, the Foreign Minister, State Minister of Regional Cooperation, Foreign Secretary and Senior Officials participated at the meeting.