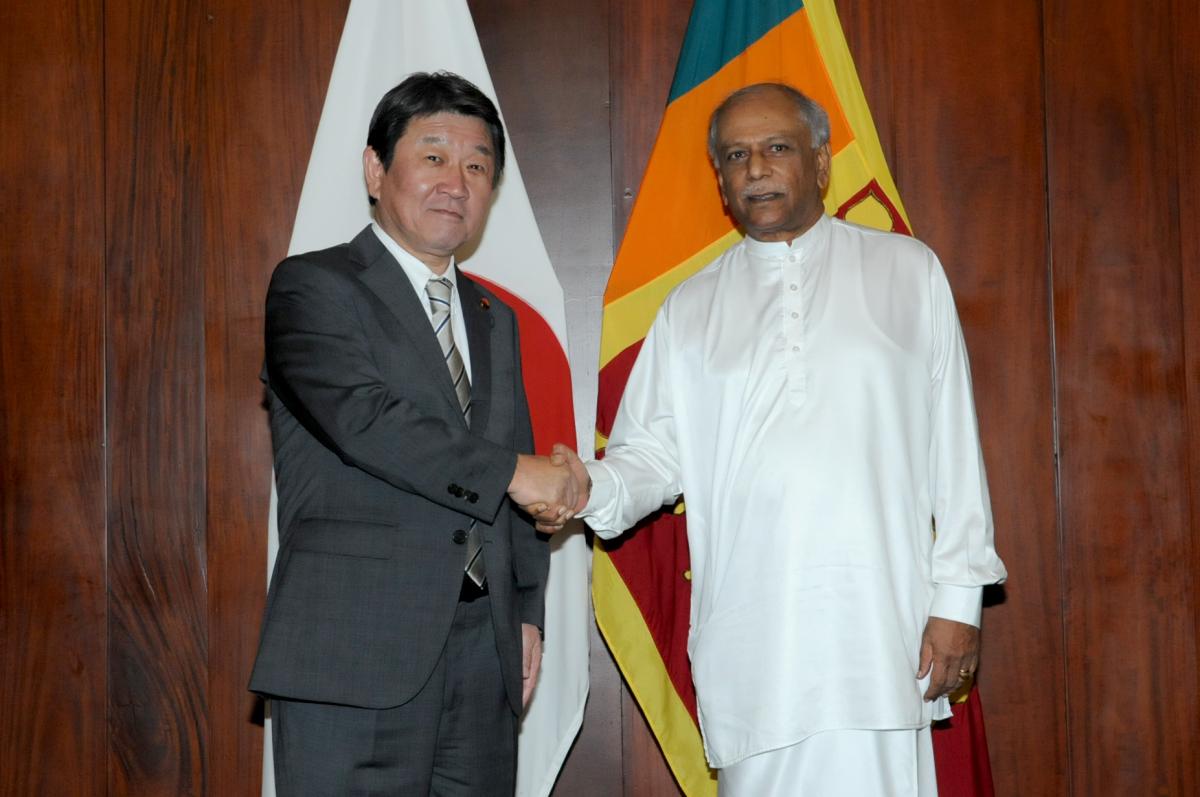 Welcoming the visiting dignitary,  Minister Gunawardena conveyed Sri Lanka’s sincere appreciation for the continued assistance and support extended by Japan for the country’s socio economic development and shared with the Minister the road map of the new Government to achieve security and prosperity to all Sri Lankans.

Minister Motegi stressing the importance of implementing the Japan funded-projects, re-iterated that Japan will remain a steadfast supporter and contributor in Sri Lanka’s journey to achieve sustainable development and growth.

The visiting Minister, citing the importance of an official visit, extended an invitation to Foreign Minister Gunawardena to visit Japan in the near future.

The two dignitaries discussed possible areas of cooperation across a broad spectrum of relations and agreed to explore ways and means to deepen the partnership in many fields of common endeavour.

The Japanese Foreign Minister was accompanied by Ambassador of Japan to Sri Lanka Akira Sugiyama and a senior delegation from Tokyo. Acting Foreign Secretary Ahmed A. Jawad and senior officials of the Ministry of Foreign Relations also attended the meeting. 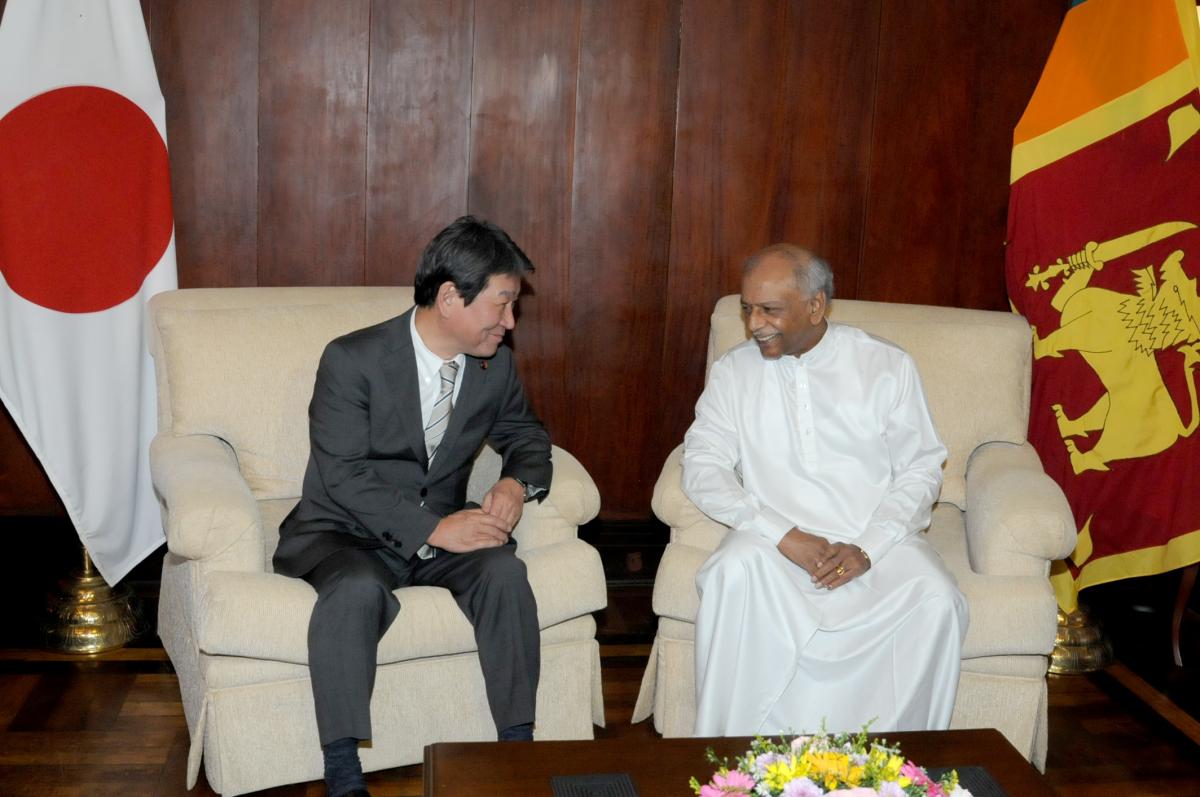 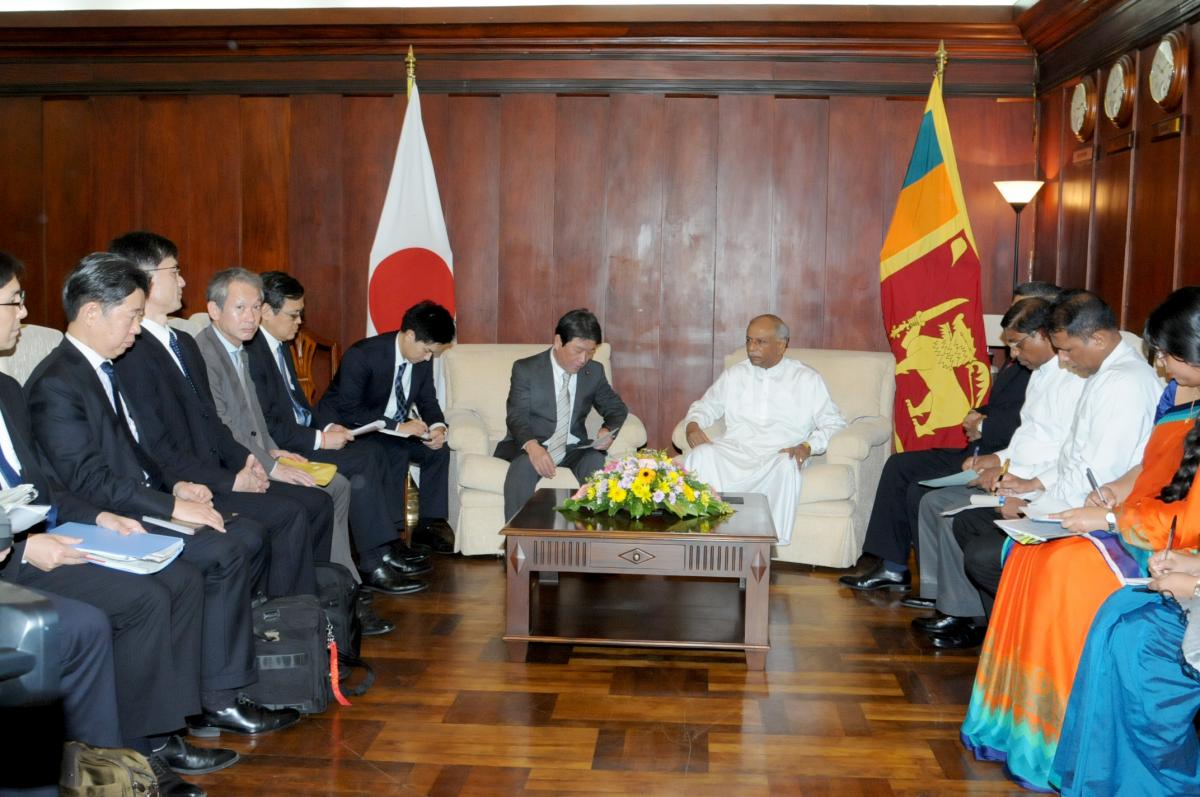