Date:
Friday, 17 May 2019
Minister of Foreign Affairs Tilak Marapana who was on an official visit to the United States from May 15-17, met with U.S. Secretary of State Michael R. Pompeo on May 16.

The Minister expressed Sri Lanka’s appreciation for U.S. support in the wake of the Easter Sunday attacks on April 21, and the continuing support for Sri Lanka in its fight against terrorism. On behalf of the Government of Sri Lanka, he expressed condolences on the death of five U.S. citizens among whom was an official of the U.S. Department of Commerce.

Minister Marapana and Secretary Pompeo welcomed the approval of a $480 million Millennium Challenge Compact, which would support economic development in Sri Lanka. They also discussed the U.S.–Sri Lanka relationship and future cooperation. 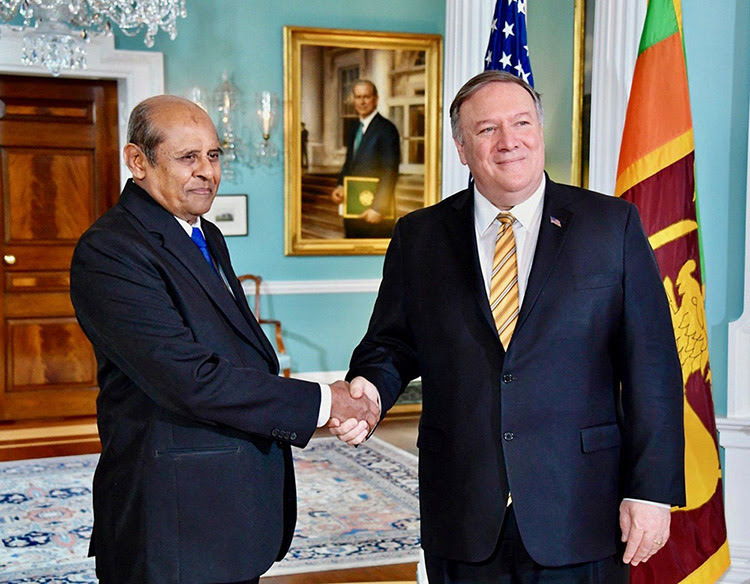 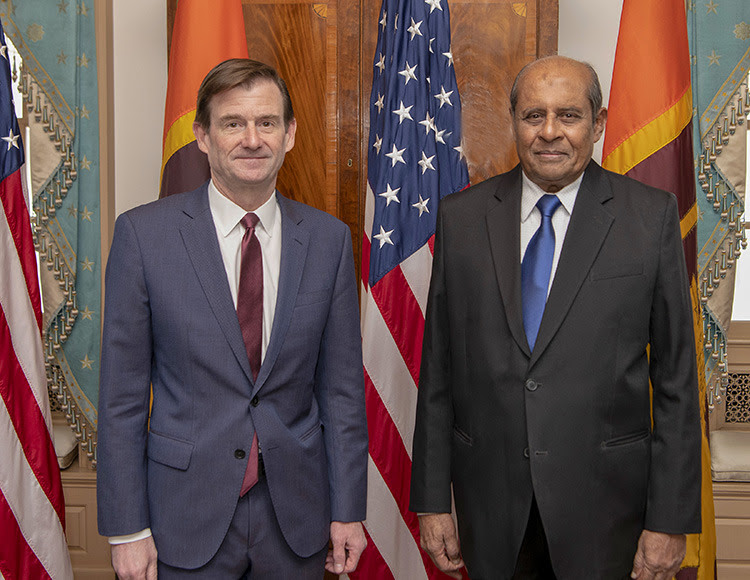 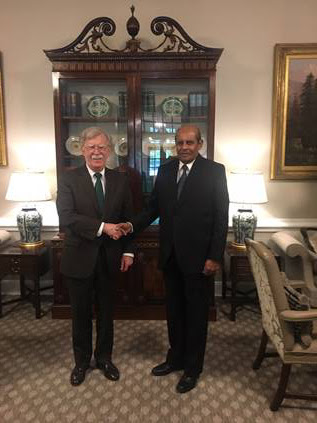