Death Certificates for Missing after Investigations

Most unfortunately, these news items are carrying a misquotation to the effect that President Rajapaksa as having "acknowledged" that over 20,000 disappeared are dead. For the record, he did not make any such acknowledgement and nor did he make a reference to a number as missing or dead

The meeting between President Rajapaksa and Ms Singer was in itself a general discussion that touched on a number of topics. The focus was to explore how the UN may assist the new Administration in areas of mutual interest for both parties. In the hour long discussion, President Rajapaksa outlined his plans to alleviate poverty, improve accessibility to education, address climate change, and digitizing the Government departments.

Addressing the issue of missing persons was discussed as a response to a query by Ms Singer. She inquired the Administration's priorities for promoting peace in Sri Lanka. In answer President outlined his plans to develop the economy, recruit people from the area into the police force and address the issue of the missing persons.

President Rajapaksa observed that because bodies have not been recovered, families do not know the fate of those who had disappeared. However, most of these families attest that those disappeared had been recruited or forcibly conscripted by the LTTE. Therefore, after the necessary investigations, steps would be taken to issue a death certificate and the necessary support for the families to rebuild their lives. 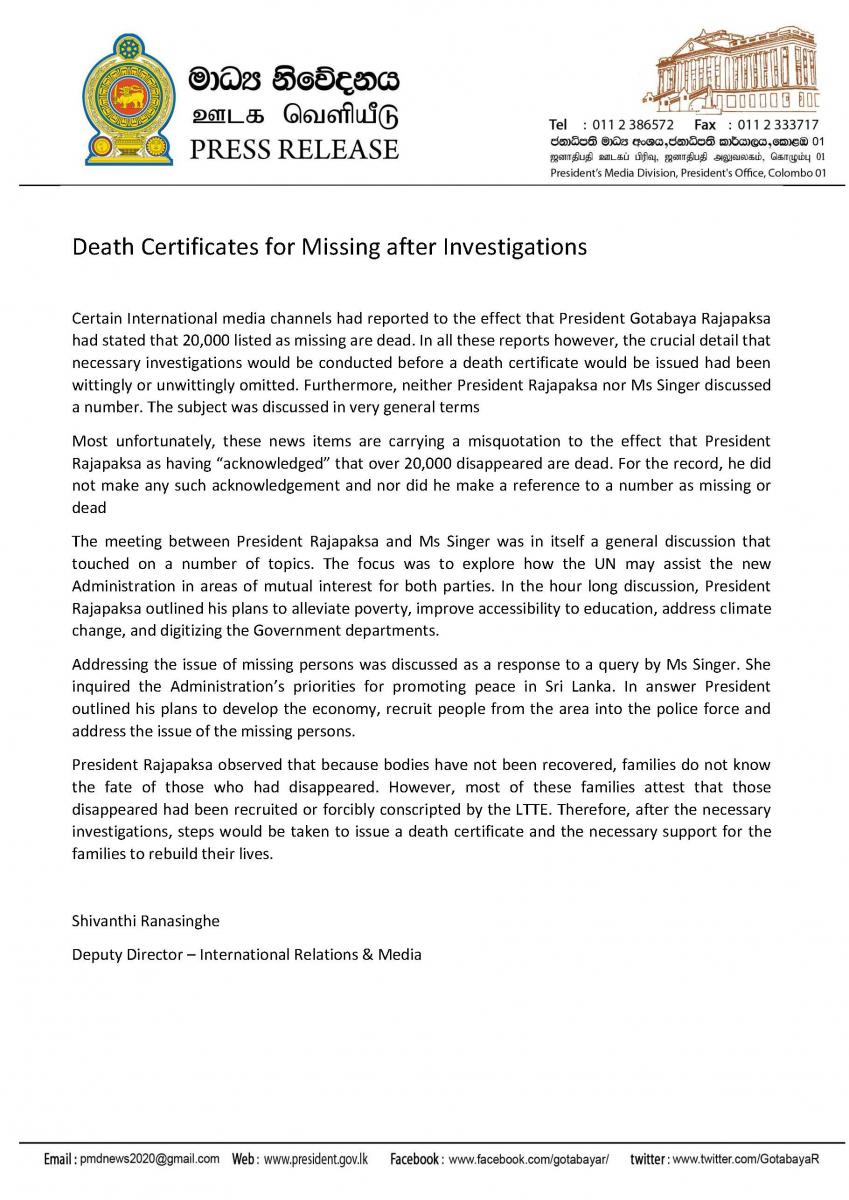