A high-level Panel Discussion entitled “Depression: Let’s Talk”- moderated by Dr. Nata Menabde, Executive Director of the WHO Office in New York was held at the United Nations Headquarters on 07th April 2017, to mark the World Health Day.

Sri Lanka’s Permanent Representative to the United Nations Ambassador Rohan Perera served as a panelist of the discussion, and shared the progress that Sri Lanka has made in integrating preventive mental health services as a component of its primary healthcare system. 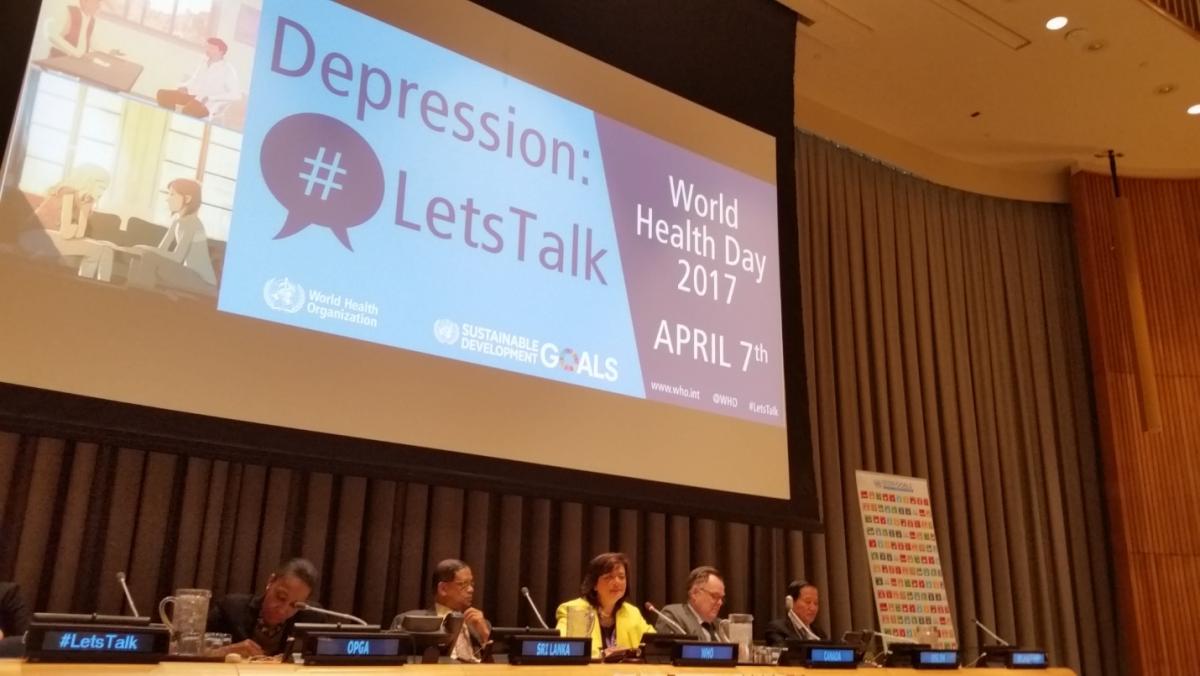 He attributed the prevalence of depression in Sri Lanka to two major catalytic events, namely, the long drawn-out conflict and the 2004 Indian Ocean tsunami, and referred to the National Mental Health Programme, which is in place at present to reduce morbidity and mortality due to depression.

While stressing the importance of discovering the causes of depression and helping the patient to overcome and deal with it, Ambassador Perera observed that stigma surrounding depression as a major barrier to people accessing appropriate care.

Ambassador Perera mentioned that in Sri Lanka there is strong cooperation between the Government and non-Government sector in addressing mental health issues, including depression, and highlighted the active role played by civil society organizations such as Sri Lanka Sumithrayo. 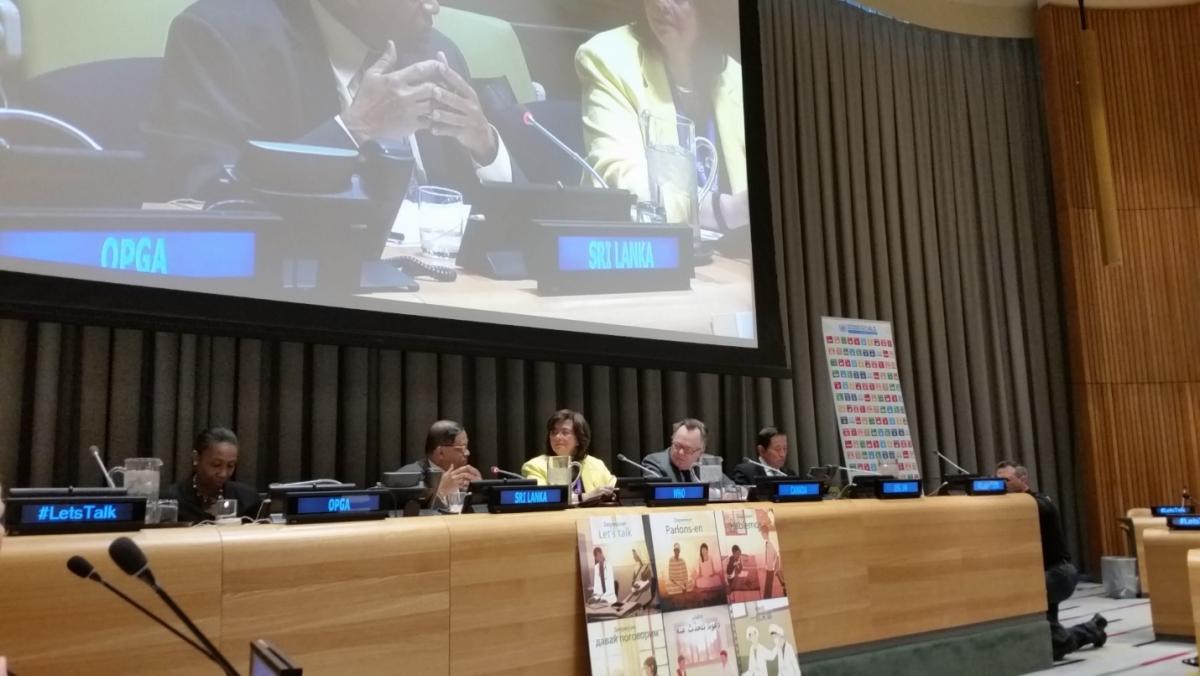