Agenda Item 2 General Debate: Presentation of the written update on the implementation of HRC Resolution 30/1 by the High Commissioner for Human Rights pursuant to HRC resolution 40/1, OHCHR Report - (A/HRC/43/19)

Agenda Item 2 General Debate: Presentation of the written update on the implementation of HRC Resolution 30/1 by the High Commissioner for Human Rights pursuant to HRC resolution 40/1, OHCHR Report on ‘Promoting reconciliation, accountability and human rights in Sri Lanka’ (A/HRC/43/19)

Members of the HRC and Delegates to the 43rd Session of HRC,

As this Council deliberates on the written update presented by the High Commissioner on progress regarding the implementation of HRC Resolution 30/1, I wish to reiterate that Sri Lanka remains committed to engaging with the High Commissioner and her Office in achieving sustainable development, peace and reconciliation, within the national framework overwhelmingly approved by the people of Sri Lanka during the Presidential Election last November, where President Gotabaya Rajapaksa was elected with an overwhelming majority. 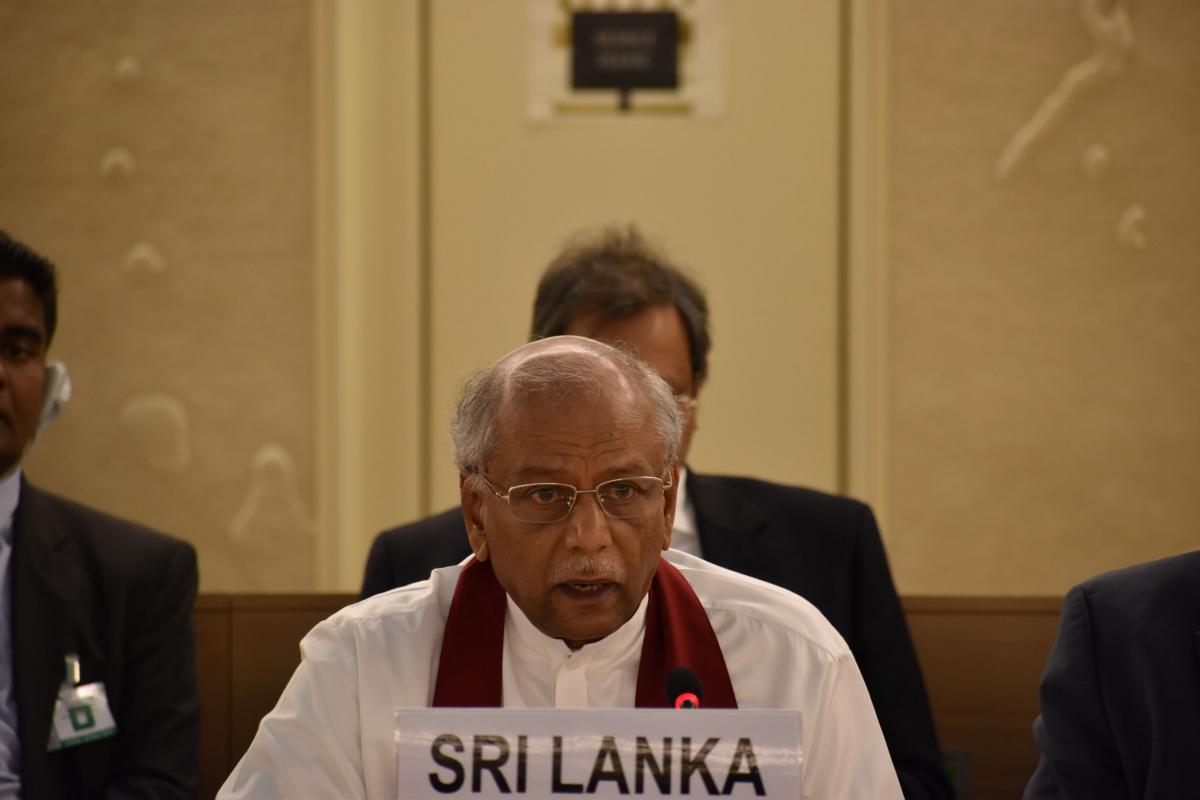 Yesterday, the Government of Sri Lanka, at the High Level Segment made clear it's position with regard to HRC Resolution 30/1, particularly, its decision to withdraw from co-sponsorship of Resolution 40/1 of March 2019, which also incorporates and builds on preceding Resolutions 30/1 of October 2015 and 34/1 of March 2017.

Notwithstanding withdrawing from co-sponsorship of this Resolution, we emphasised our commitment to achieving accountability and human rights within the framework of our Constitution, towards sustainable peace and reconciliation - through the appointment of a domestic Commission of Inquiry, by implementing policies rooted in the Government’s commitments to operationalise the Sustainable Development Goals (SDGs), and by continuing to work with the assistance of the UN and its agencies.

To those who have expressed disappointment on Sri Lanka’s decision to withdraw from co-sponsorship of Resolution 40/1, despite the Government’s re-assurance to this Council of our commitment to achieving the goals set on accountability and human rights, towards sustainable pace and reconciliation, it is clear that they are privileging a superficial facade which has failed to deliver for four and half years, over the genuine possibility of reconciliation, underpinned by a people’s mandate.

In keeping with our consistent policy of continued engagement with the Human Rights Council, Sri Lanka wishes to respond to the current Report of the High Commissioner and engage in a constructive discussion with this august assembly today, with the sincere hope that this Council would recognize the realities on the ground.

I wish to recall that, during the 40th Session of this Council, almost one year ago, the Government of Sri Lanka (GoSL) was represented by a  delegation headed by my predecessor, the former Minister of Foreign Affairs, who, in Sri Lanka’s statement, explained at length the constitutional, legal and socio-political challenges involved in ‘fully implementing’ HRC Resolution 30/1. In this context, we consider that the High Commissioner’s insistence in the current Report on the “full implementation” of the demands made on Sri Lanka in Resolution 30/1 indicates that the OHCHR fails to recognise the rational and legitimate concerns voiced by States that are seeking, in good faith, to address issues.

As highlighted before this Council on several occasions, Sri Lanka has consistently refuted the credibility of the false and unsubstantiated allegations leveled against Lieutenant General Shavendra Silva, the present Commander of Sri Lanka Army and Actg. Chief of Defence Staff (CDS). Sri Lanka considers that the continued arbitrary accusations made against Lt. Gen. Silva in OHCHR Reports and other statements made in this Council and unilateral actions by certain countries, are unacceptable and a violation of the principles of natural justice. We also stress that there are no proven allegations against individuals on war crimes or crimes against humanity in the OISL report or in any subsequent official document. It is an injustice to deprive any serving or retired officer of the Sri Lankan security forces or the police of their due rights.

With regard to alleged “intimidating visits”, “surveillance”, complaints of harassment” and “reprisals” referred to in the High Commissioner’s Report, The Government has already publicly refuted these allegations, and is committed to protecting and promoting freedom of expression and civil society space, and ensure that complaints received on alleged attacks against journalists, human rights defenders and civil society are investigated and prosecuted.

We wish to reiterate to the Council Sri Lanka’s commitment expressed during the High-Level Segment to achieve sustainable peace through an inclusive, domestically designed and executed reconciliation and accountability process.

The existing reconciliation mechanisms established by an Act of Parliament such as the Office on Mission Persons (OMP) and the Office of Reparations (OR) will be continued, with appropriate adaptation in line with Government policy framework. With regard to the issues on missing persons, steps would be taken, after necessary investigations, to issue death certificates or certificates of absence, while also providing livelihood and other assistance to affected families;

A Commission of Inquiry (COI), headed by a Justice of the Supreme Court, will be appointed to review the reports of previous Sri Lankan COIs which investigated alleged violations of Human Rights and International Humanitarian Law (IHL), to assess the status of implementation of their recommendations, and to propose deliverable measures to implement them keeping in line with the new Government’s policy;

National law enforcement systems will continue to investigate and prosecute cases on all allegations of torture and other human rights violations that are currently before the judicial processes.

We hope the Council would appreciate this approach of focusing on deliverable measures of reconciliation that are in line with the interest of Sri Lanka and its people, instead of the practice of taking on a host of undeliverable commitments with the intention of never implementing them.

Within the above parameters, we look forward to continuing our engagement with the Office of the UN High Commissioner for Human Rights, UN Human Rights mechanisms and procedures, and to continue to work in close cooperation with the international community through capacity building and technical assistance in mutually agreed areas, in keeping with domestic priorities and policies. 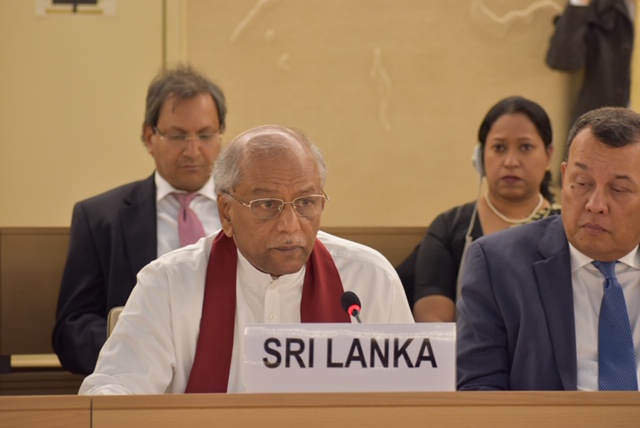