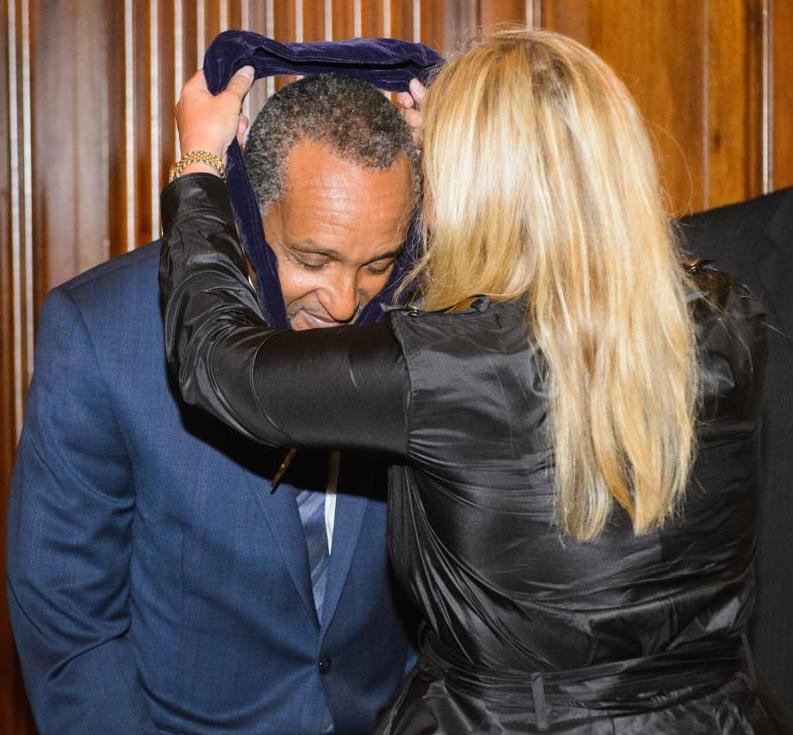 July 28, 2015- Ambassador Macharia Kamau was honoured with the Elizabeth Haub Award for Environmental diplomacy today, in an intimate ceremony attended by the United Nations Secretary General Ban Ki Moon. The award is in recognition of his “extraordinary leadership and personal commitment to the negotiation and adoption of the United Nations Sustainable Development Goals (SDGs).”

The Secretary General commended Amb. Kamau for his passion and dedication to sustainable development tracing his leadership engagement in the Post 2015 Development Agenda as the co-facilitator in the Open Working Group for the SDGs to the co-chairing of the Inter-Governmental Negotiations on the SDGs.  The Secretary General also commended Amb. Kamau and Amb. Csaba Körösi of Hungary for their exemplary, diplomatic and flexible leadership during the negotiations of the Sustainable Development Goals.  He observed that both Amb. Kamau and Amb. Körösi were rightly being honored for their extraordinary service, and as true leaders with magnetic leadership,” said Ban Ki Moon.

Amb. Kamau and Amb. Körösi co-chaired the 13th Session of the Open Working Group that successfully adopted the 17 Sustainable Development Goals and 169 targets which will succeed the Millennium Development Goals due to expire in September, 2015.

Amb. Kamau’s dedication to the Sustainable Development Goals continues as the co-chair of the Post-2015 Development Agenda.  He was appointed to this position by the President of the General Assembly on October 14, 2015. Member States are expected to adopt the outcome document of this process at the United Nations Summit in September 25 to 27, 2015. 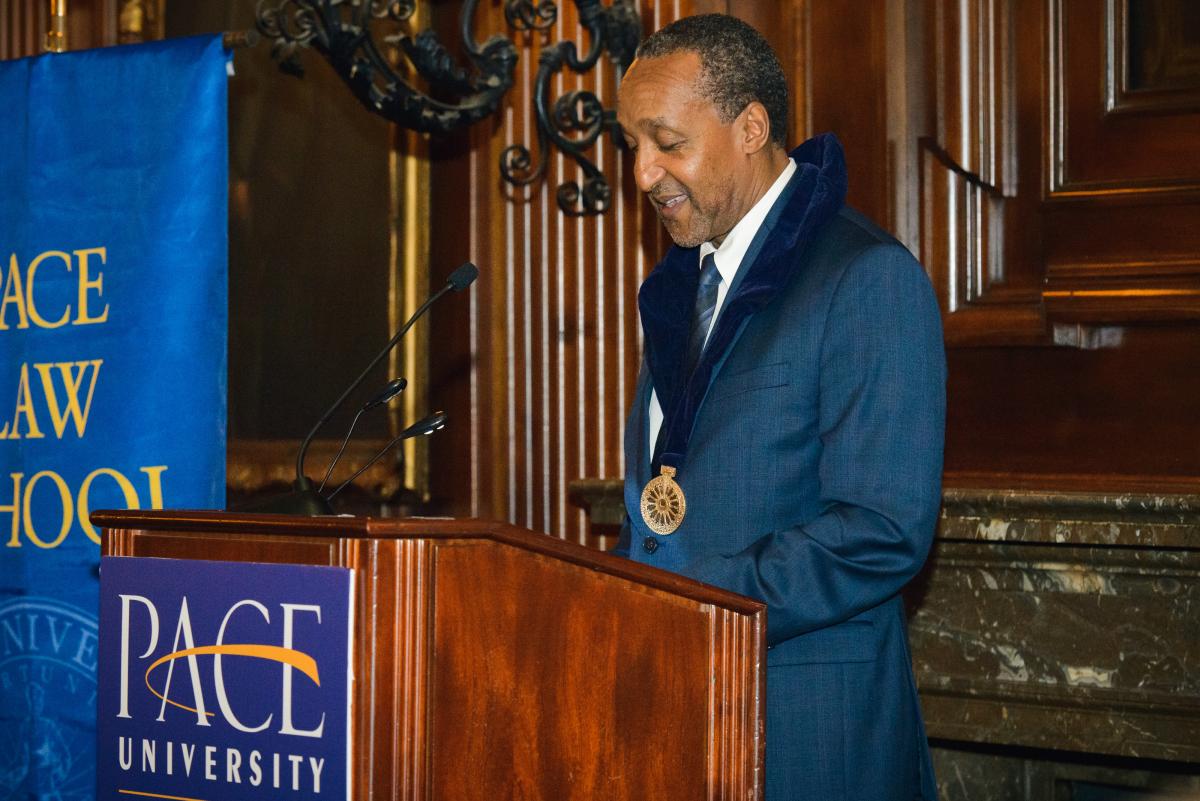 In a moving  acceptance speech, Amb. Kamau recounted his love for the environment, which he said is rooted in his childhood where he grew up on a farm where nature, plants, animals, wildlife, forests and rivers were part of his daily life. Amb. Kamau stated that he had learnt diplomacy and negotiating skills in his work for the UNICEF and the UNDP where he said he felt blessed to engage in his passion for the rights and welfare of children, development and the protection of the environment.   He said it was against this background that he has managed to navigate the sometimes emotional and challenging negotiations at the United Nations.

The Elizabeth Haub Prize is a prestigious, internationally recognized award, established in 1997 by Helga Haub in honor of Mrs. Elizabeth Haub, a fierce advocate for environmental protection. The award recognizes the innovation, skill, and accomplishments of diplomats, international civil servants and other negotiators who work to create the world environmental order.

Amb. Kamau is the fifteenth recipient of the award and only the third from Africa. The award is bestowed by a jury composed of representatives from the International Council of Environmental Law (ICEL) and Pace University Law School. The award consists of a gold medal and a certificate that was conferred upon the Ambassadors by representatives of the Haub Family. 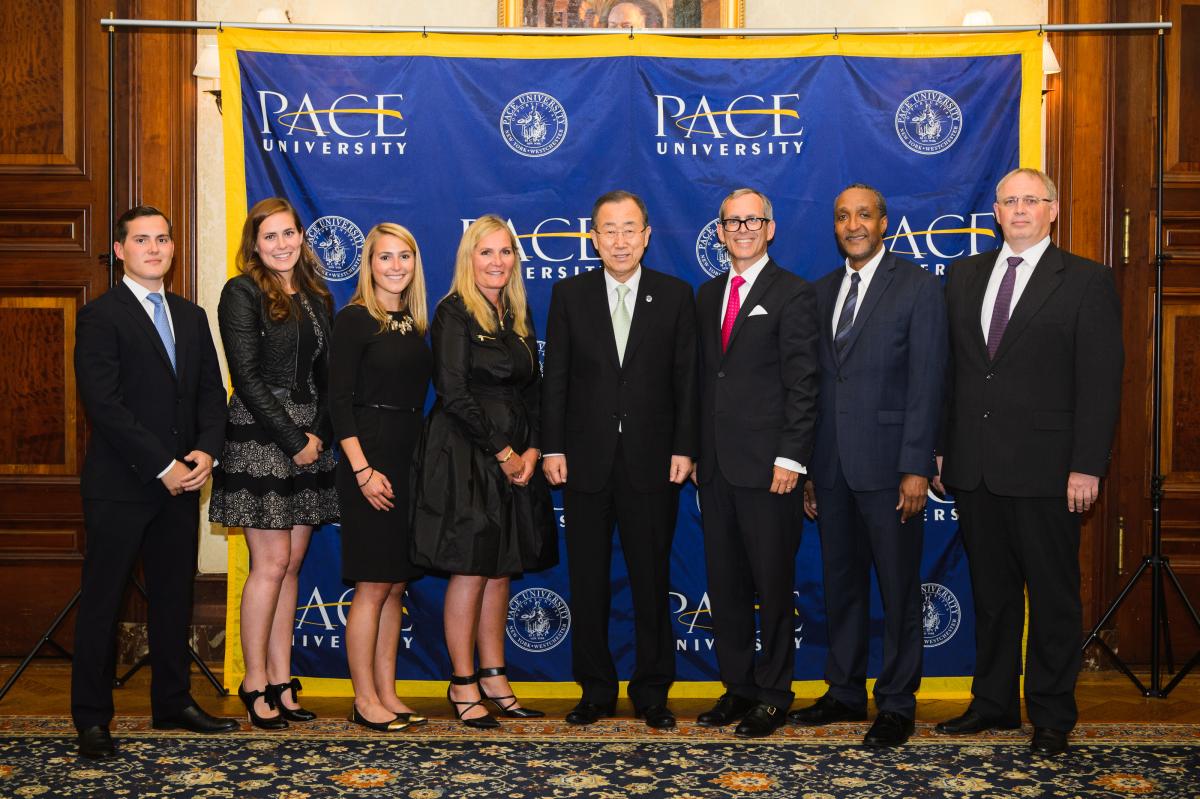