On behalf of the United Arab Emirates, I congratulate the United Kingdom on its presidency of the Council, and for championing efforts to combat human trafficking around the world.

We hope that to 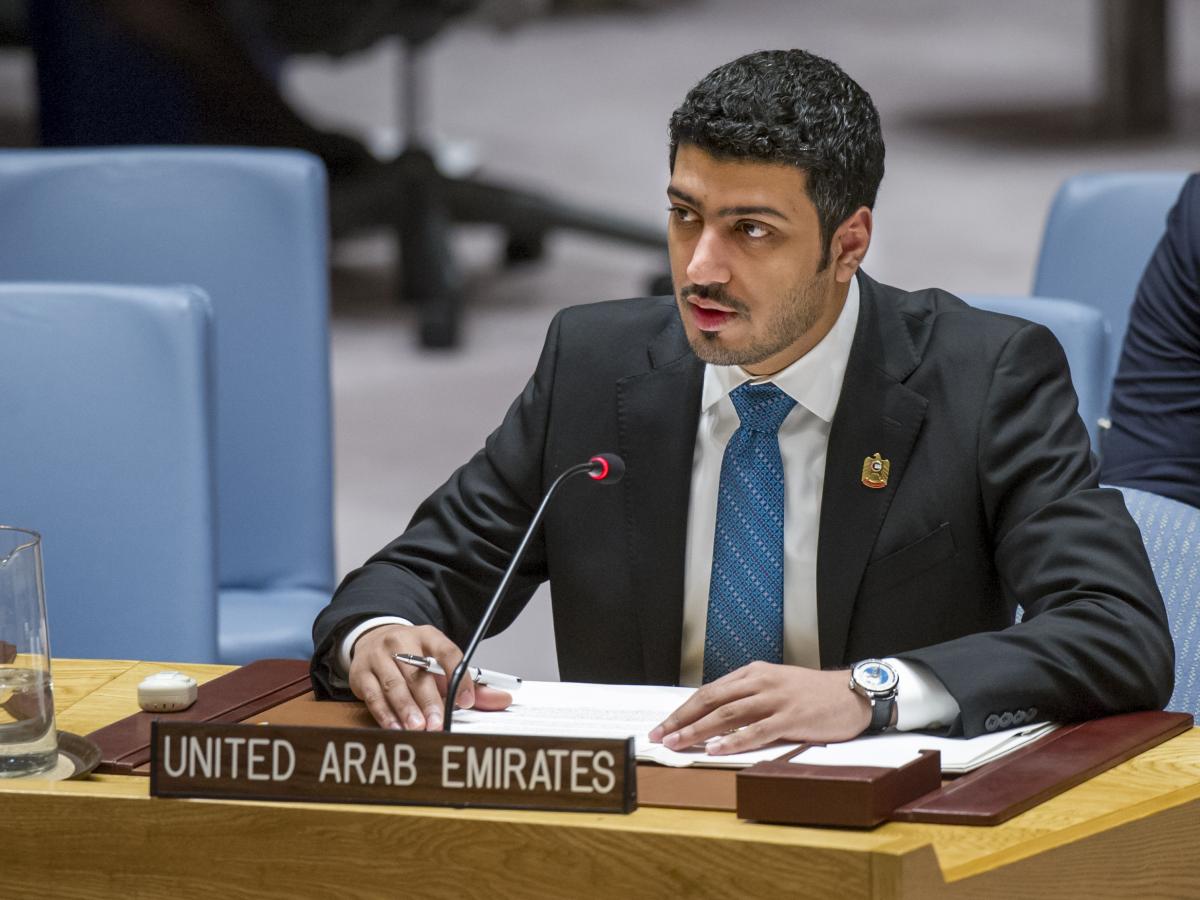 day’s debate will contribute to a greater understanding of the role of conflict and instability in exacerbating the problem of modern slavery, and offer an opportunity to exchange experiences combating human trafficking at the national level.

This is a frontline concern in our own region, where war and displacement is rendering a significant portion of the population defenseless. Da’esh and other extremist and terrorist groups have horrifically subjugated innocent people as forced combatants and labor as sources of revenue. But it is not just monetary gains that these groups are reaping.  The exploitation of the vulnerable, particularly women, is fundamentally tied to extremist ideologies that pose an existential threat to our region and our way of life.

To tackle this global phenomenon, we have to start with what is possible within our own national borders and build on that effort with others in a network of coalitions. As a champion of gender equality, the UAE is particularly concerned about the disproportionate impact of this crime on women and girls.

The UAE takes this abuse of human rights very seriously, and we are working aggressively to combat human trafficking through law enforcement mechanisms and dedicated institutions throughout our government. We could not tackle this problem head on if we did not also address any shortcoming or gaps in our own legislative and normative frameworks. So to ban its practice and protect its victims, we passed Federal Law 51 in 2006 – the first anti-trafficking law in our region – implementing strict enforcement provisions and penalties for convicted traffickers.

However, we discovered through experience that legal frameworks were not enough to confront this problem at its core. So in 2007, the UAE established a National Committee to Combat Human Trafficking, implementing a multi-pronged strategy that aims to:

We also strengthened our law enforcement ability by creating units specialized in fighting trafficking in police departments across the UAE. To build capacity and awareness throughout law enforcement, the UAE instituted trainings and workshops, including a five-month intensive course on human trafficking, the first of its kind in the Arab world.

Individuals subject to this heinous crime must be protected through shelter and counseling, and must be recognized as victims, not as part of the criminal gangs that have exploited them. So we have invigorated our support for victims – women, men, and

children alike – by opening shelters across the Emirates that offer medical, psychological, and social assistance, and by establishing a private fund to support their victims’ recovery and resettlement.

Given our challenging regional context, our national and multilateral defenses must evolve as quickly as the criminal offenses by traffickers. And that is why regional cooperation on anti-trafficking is critical in tandem with our international engagement.

Looking ahead, let me offer three recommendations to combat human trafficking that could be applied at the international level, and specifically in dealing with the crises in our region:

First, prevention. While we must tackle trafficking within our own borders, we must also cooperate with countries where trafficking originates. This means working with governments to ensure legitimate migration channels, and focusing on preventing the circumstances that open the door for traffickers to exploit individuals by promoting the rule of law to protect citizens and by offering economic opportunity. Prevention through sustainable and inclusive development for all is essential to tackling the root causes of this issue.

Second, agencies that are combatting modern slavery face challenges that are as numerous as they are complex. As a result, multilateral institutions including the UN, must lead in advancing international cooperation between the private and public sectors, and also in collaboration between governments and international institutions. The agreement on and adoption of the forthcoming Global Compact on Safe, Regular, and Orderly Migration must include stipulations that address modern slavery.

Third, we urge the Security Council to enhance its response to human trafficking – a problem tied to violent extremism and terrorism. We support the deploying of the Council’s instruments to combat the wrath of groups that are exploiting the vulnerable and fomenting conflict.

It is only by the community of nations truly working together that we can holistically confront and eradicate this grave threat to international peace and security.