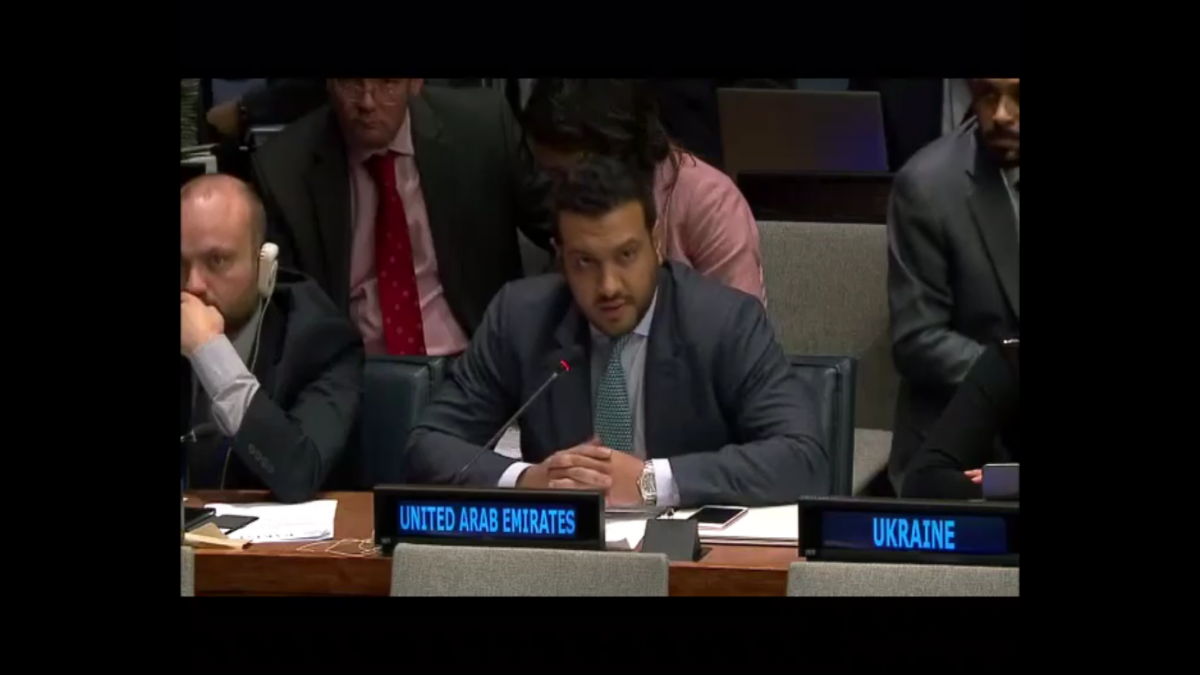 I take the floor on behalf of my delegation to address the ludicrous claims of the Iranian representative, who seemingly over looked his country’s expansionist regional policies flagrant violations of the principle of sovereignty and constant interference in the internal affairs of Arabic states including Syria and Yemen. A country we invite to be a responsible neighbor instead of one that causes tension and instability in our region through export of its revolution.

Having said that, and with regards to the military campaign of the coalition to restore legitimacy in Yemen, referenced by the Iranian representative, we would like to recall that the legitimate government of Yemen issued a request for assistance in march 2015 including military intervention to protect Yemen and its people from the continued arm aggression of the Iran backed Houthis.

In response to this request the coalition to restore legitimacy in Yemen was formed under the leadership of our fellow country the kingdom of Saudi Arabia for the protection of Yemen and its people to help Yemen to counter terrorism, this request was in full conformity with the international law and the right of self-defense as stipulated in the article 51 of the charter of the UN along with the  Security Council, league of Arab States, OIC and the GCC we condemn in the strongest terms the latest Houthi Attack in the strait of Bab Al Mandab on October 1st on a vessel chartered by my own country United Arab Emirates, in a clear violation of international law.

We also strongly condemn the act of influence of Islamic Republic of Iran in the conflict, it continues to support the Houthis in Yemen financially, strategically and militarily by training Houthi fighters and sending shipments of weapons and ammunitions into the country illegally and the flagrant violation of the UN Security Council resolution 2216 and 2231, shipments of illicit weapons sent to Yemen have been intercepted on multiple occasions, and with regards to Iran’s reference to human rights and respect to international law, this is not the venue to talk about that so I invite everyone to attend the third committee where that specific topic will be discussed with regards to Iran.