Statement of the UAE Before the High-Level Event, "Climate Change and the Sustainable Development Agenda"

I would like to thank the President of the General Assembly for convening us today, and for ensuring that climate change remains prominent on the agenda here in New York, as well as the broader UN system. 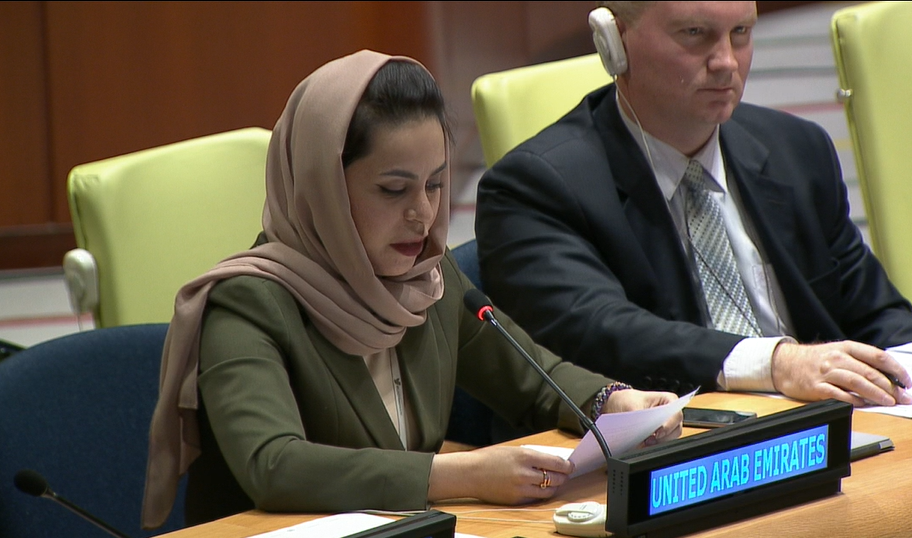 The rationale for climate action – and its centrality to Agenda 2030 -- is clear, and we would like to use this opportunity to address three aspects of action – our national efforts, our international efforts, and the potential role of the UN.

First, on the national level, we believe that climate change is not only a serious threat, but an opportunity to drive innovation, diversification, and sustainable economic and job growth. Accordingly, the UAE has been working on mitigation across all sectors, including the 27% clean energy target by 2021 highlighted in Paris. The commitment is backed by huge investments in low-carbon energy, mandatory green building and appliance codes, public transport, and improved urban planning, among other measures.   Many of our sub-national actors are making significant contributions as well. For example, the emirate of Dubai established a 75% clean energy target for 2050, as well as the $27 billion public-private Dubai Green Fund, which accelerates the commercialization of green investments.

We are also proud that the UAE’s focus on renewable energy has enabled breakthroughs for the industry. Because of a strong regulatory system and investments in national implementation capacity, last year we again broke the world record low on solar power, bringing the generation cost three times below that of natural gas. In our view, this effectively ends the “renewables are too expensive” argument in many markets.

Second, we are also proud to provide assistance to other countries in using their NDCs to not only decarbonize, but also spur growth. The capital of the UAE, Abu Dhabi - is the headquarter of the International Renewable Energy Agency (IRENA), and UAE development assistance for renewable energy is now approaching nearly $1 billion. Our goal is to prove that renewables are immediately viable and save money –in almost every market.  For instance, the investments we made in solar and wind through the UAE-Pacific Partnership Fund save Pacific SIDS over $3.5 million per year in avoided diesel costs, even at today’s low oil prices.  Last month, we opened the UAE-Caribbean Renewable Energy Fund, which we trust will deliver similarly concrete results.

Third and lastly, we would welcome a much greater focus at the UN on mobilizing new – especially private – financing for both climate mitigation and adaptation.  In addition to advocacy, we would like to see the UN provide enhanced capacity-building and guidance on financing mechanisms to Member States, especially project development facilities and disaster insurance facilities. In their annual evaluations, we would also encourage UN national offices and agencies to start to use – at least informally and internally – a metric on how many new resources they helped Member States to mobilize for climate action.

It’s a positive step to consider as we seek to make Paris a reality.