Opening Remarks at the First Meeting of the Ad Hoc Working Group on the Revitalization of the Work of the General Assembly, 2017 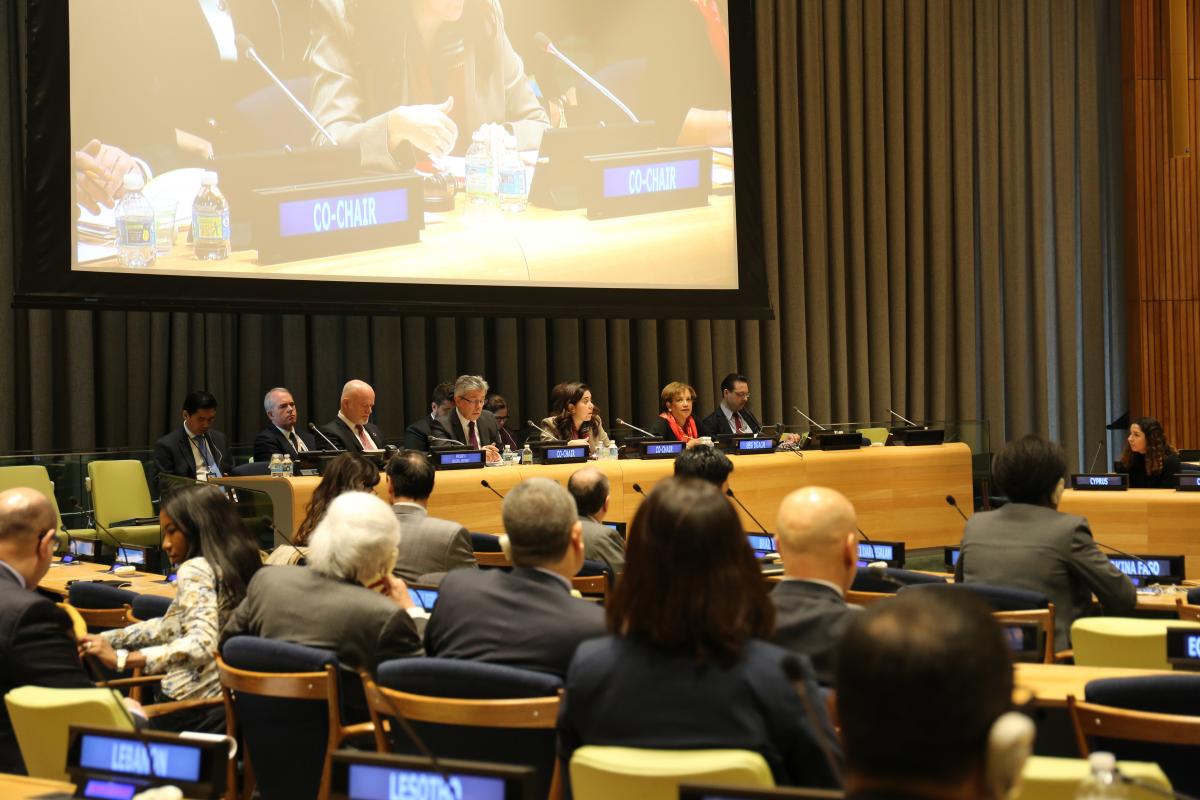 I call to order the first meeting of the Ad Hoc Working Group on the Revitalization of the Work of the General Assembly.

As you are aware, in his letter dated 24 October 2016, the President of the General Assembly appointed Ambassador Drobnjak and myself as co-chairs of this Ad Hoc Working Group which has been established in accordance with General Assembly resolution 70/305 of 13 September 2016. It is a great honor for me to serve in the position of co-chair together with my esteemed colleague Ambassador Drobnjak.

The General Assembly is the bedrock of this organization. It is the only principal organ of the United Nations with universal representation of all member states. In order for the General Assembly to best fulfill the important roles it has been assigned by the Charter, it needs to adapt to changing requirements and be able to continuously renew itself. The importance of the GA Revitalization process is therefore central.

As co-chairs we look forward to working closely with all delegations towards a resolution that addresses all issues on our agenda in an effective and balanced manner, and enjoys widespread consensus.

We have an important session ahead of us. The resolution adopted during the 70th session [Resolution 70/305] contained several concrete provisions that we will have to follow-up in this session.

In this regard, the Ad Hoc Working Group will hear updates from the Secretariat on the implementation of decisions made last year, including:

An important issue that will require our close attention is the assessment of the process for the selection and appointment of the Secretary-General. The novelties that guaranteed the inclusive and transparent process that transpired in 2016 were thanks to the principles and procedures called for in resolutions 70/305 and 69/321. It is now our task to examine whether all provisions have been implemented faithfully, and to draw lessons learned and identify any further room for improvements.

With the new Secretary-General having assumed office, several senior appointments are underway or are expected for the near future, giving a new urgency to examining the implementation of previous resolutions on GA Revitalization, and their provisions on the appointment of executive heads.

This Working Group is a platform with a genuine scope for innovation. We look forward to any new, proposals coming from the membership on how to enhance the role, authority, effectiveness and efficiency of the General Assembly.

Let me now briefly speak to the process going forward. My co-chair, Ambassador Drobnjak, and I pledge to constructively and effectively support member states’ deliberations and to encourage the timely finalization of our negotiations.

The purpose of the Ad Hoc Working Group is “to identify further ways to enhance the role, authority, effectiveness and efficiency of the Assembly, inter alia, by building on the progress achieved in past sessions as well as on previous resolutions, including evaluating the status of their implementation” and “to submit a report thereon to the Assembly at its seventy-first session”.

To this end, a draft updated inventory chart has been uploaded to the General Assembly website. A further updated version, taking into account developments during this session, will be circulated at the end of this Working Group to be annexed to the Working Group’s report at the seventy-first session.

The Working Group also has before it the report of the Secretary-General circulated in document A/71/780.

As noted in our letter dated 18 January 2017, this first meeting, in the form of a general debate, serves to begin our formal deliberations with an exchange of views. In accordance with the established practice, we will hold four additional thematic meetings:

We look forward to hearing concrete proposals by Members on the revitalization of the work of the General Assembly.