NEW YORK - The UAE has reiterated its commitment to providing humanitarian support and development assistance to the Afghan people.

A statement from Ambassador Lana Zaki Nusseibeh, the UAE's Permanent Representative to the United Nations in 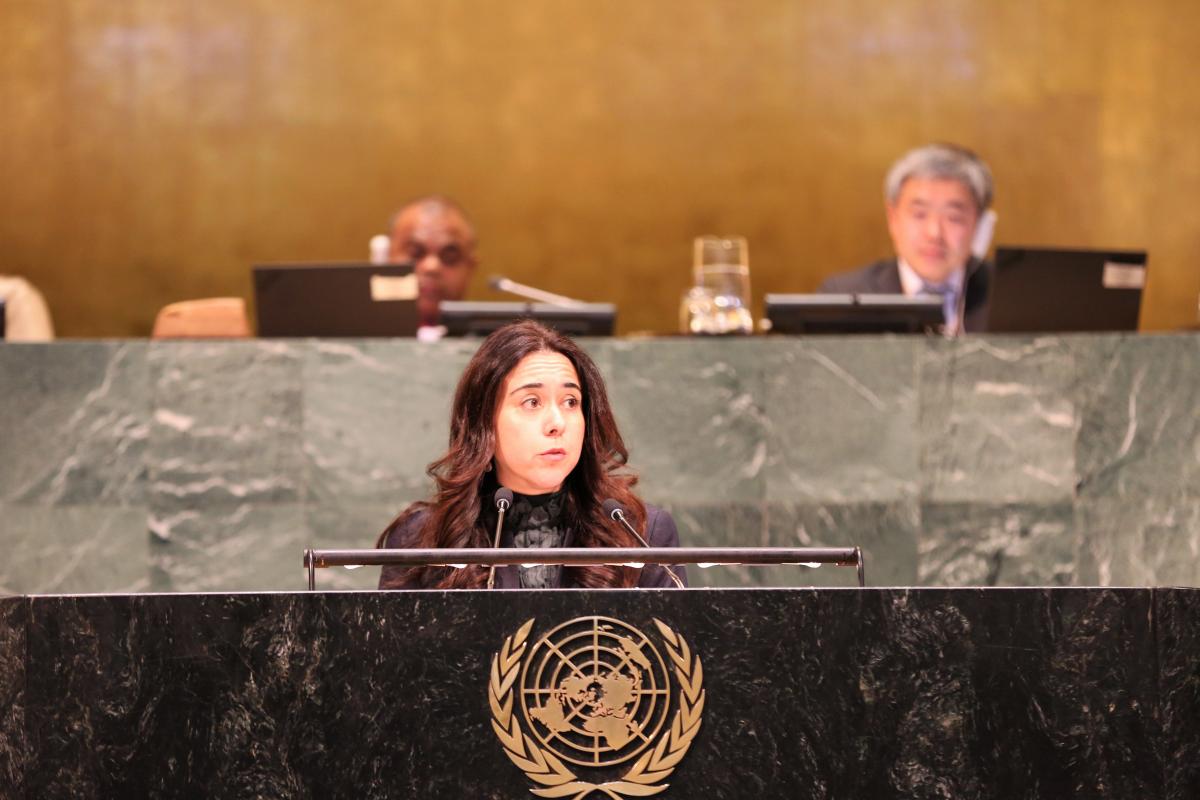 She commended the efforts of the Secretary-General as well as his Special Representative in the UN Assistance Mission in Afghanistan for their efforts in improving international coordination in support of an Afghan-led political process.

Ambassador Nusseibeh highlighted that the Afghan government and people are on the frontlines of the global war against terrorism, and expressed grave concern over the escalating number in terrorist attacks targeting civilians and security forces in Afghanistan. She recalled the tragic act of violence in January 2017 that claimed the life of the late UAE Ambassador to Afghanistan, Juma Al Kaabi, and killed five other Emirati diplomats as well as 11 Afghans, injuring many others.

She applauded efforts of the US, European Union, NATO partners and others in supporting and rebuilding Afghanistan’s institutions and infrastructure, and bringing in peace and stability to the country.

Ambassador Nusseibeh also welcomed the US administration’s bold strategy that brings renewed vigor to addressing the security situation and charts a path of continued US engagement to improve the conditions on the ground in Afghanistan. She cautioned that further progress was necessary, and that the international community must not repeat the mistakes of the past, when disengagement and neglect of Afghanistan permitted extremism to take over the country. She emphasised that the international community must continue its efforts in addressing the security situation in Afghanistan, working to establish a peace process, intensifying efforts to the support the country’s security forces, and promoting economic and human development.

The UAE has been a long-term stakeholder in efforts of the international community to ensure peace and prosperity in Afghanistan. Since 2003, the UAE has been part of the ISAF Mission in Afghanistan, in support of the legitimate government and NATO partners, by providing security assistance and involving in community development activities. The UAE has contributed over $680 million in development assistance for reconstruction and humanitarian efforts in Afghanistan since the 1970s. Some of the development and reconstruction projects include a housing and community development project in Kabul, and rebuilding the airport in Mazar i Sharif in collaboration with Germany and other countries. The UAE also opened Zayed University in Khost province that teaches an array of subjects including medicine, engineering, and law.

The UAE recognises the integral role of religious leaders in instilling values of peace, tolerance and diversity, and to that end, aims to train religious leaders to promote the values and eliminate causes of discord and division. Further, she recalled the value of integrating women in building a sustainable and inclusive Afghan society. Reflecting this, the UAE has implemented specific projects for women and families in Afghanistan, which enables them to provide for their families through entrepreneurship