NEW YORK – H.E. Lana Nusseibeh, Ambassador and Permanent Representative of the UAE to the United Nations in New York, convened a briefing with a number of UN-based correspondents on the military and humanitarian campaign to liberate Hodeida, conducted at the request of the legitimate Government of Yemen by the joint Yemeni Resistance forces with support of the UAE armed forces operating as part of the Saudi-led Arab Coalition to support Legitimacy in Yemen. 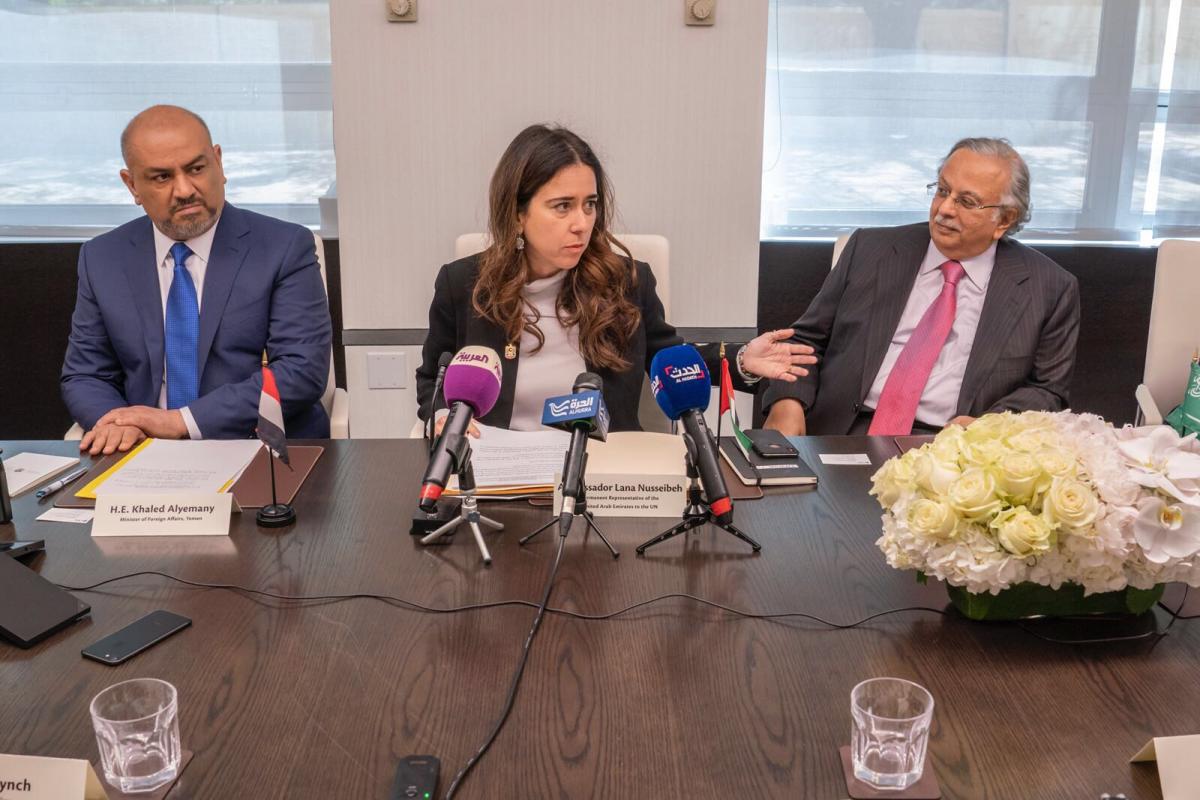 She was joined by H.E. Khaled Alyamany, Minister of Foreign Affairs of the Republic of Yemen, and H.E. Abdallah Al Mouallimi, Ambassador and Permanent Representative of the Kingdom of Saudi Arabia, as well as H.E. Reem Al Hashimy, UAE Minister of State for International Cooperation through conference call.

“I would like to emphasize how seriously the Arab Coalition takes its humanitarian commitments, as well as its obligations under international law and international humanitarian law,” Ambassador Nusseibeh stated. “This operation could be a turning point in bringing peace to a country that has been racked by war since 2014, when the Iranian-backed Houthis violently took over the capital city of Sana’a.

Explaining that she could not comment on the likely duration of operations, she underlined: “all options are on the table.”

Ambassador Nusseibeh stressed that the operation in Hodeida is both a military and a humanitarian campaign, and a 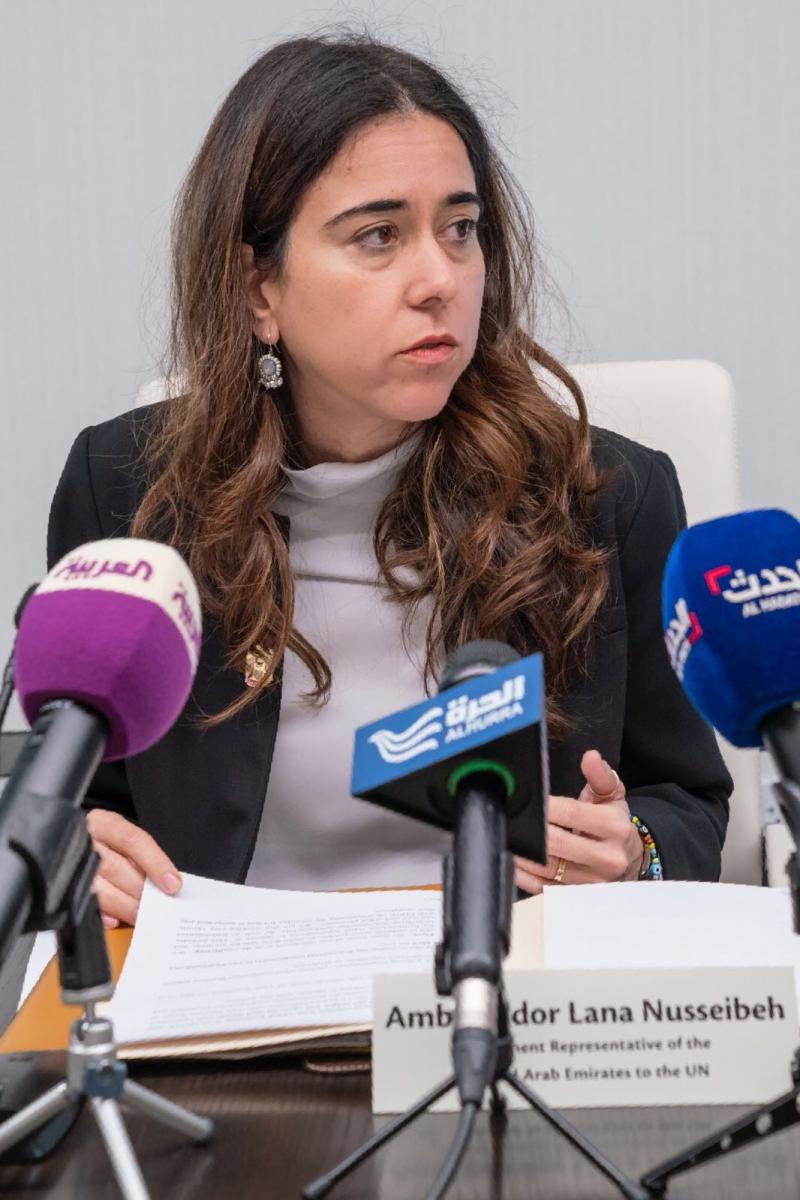 critical step towards achieving a political solution to the conflict. “This is a deliberate, carefully prepared and executed operation.  The Arab Coalition forces move in a calibrated way, and the Houthis will be given the opportunity to retreat, to disarm, and to come back to the negotiating process”.  She added: “We believe that this operation can create the right dynamic to help advance the work of the UN Special Envoy, in support of his peace plan.”

She underlined that the Arab Coalition is in close and regular contact with the UN Special Envoy for Yemen, Martin Griffiths, and fully supported his efforts in achieving peace in the country. She stated that the Arab Coalition is in constant communication with Mark Lowcock, the UN Under-Secretary-General for Humanitarian Affairs and Emergency Relief Coordinator and Head of the UN Office for the Coordination of Humanitarian Affairs, and with all the heads of major UN agencies and NGOs with operations on the ground. 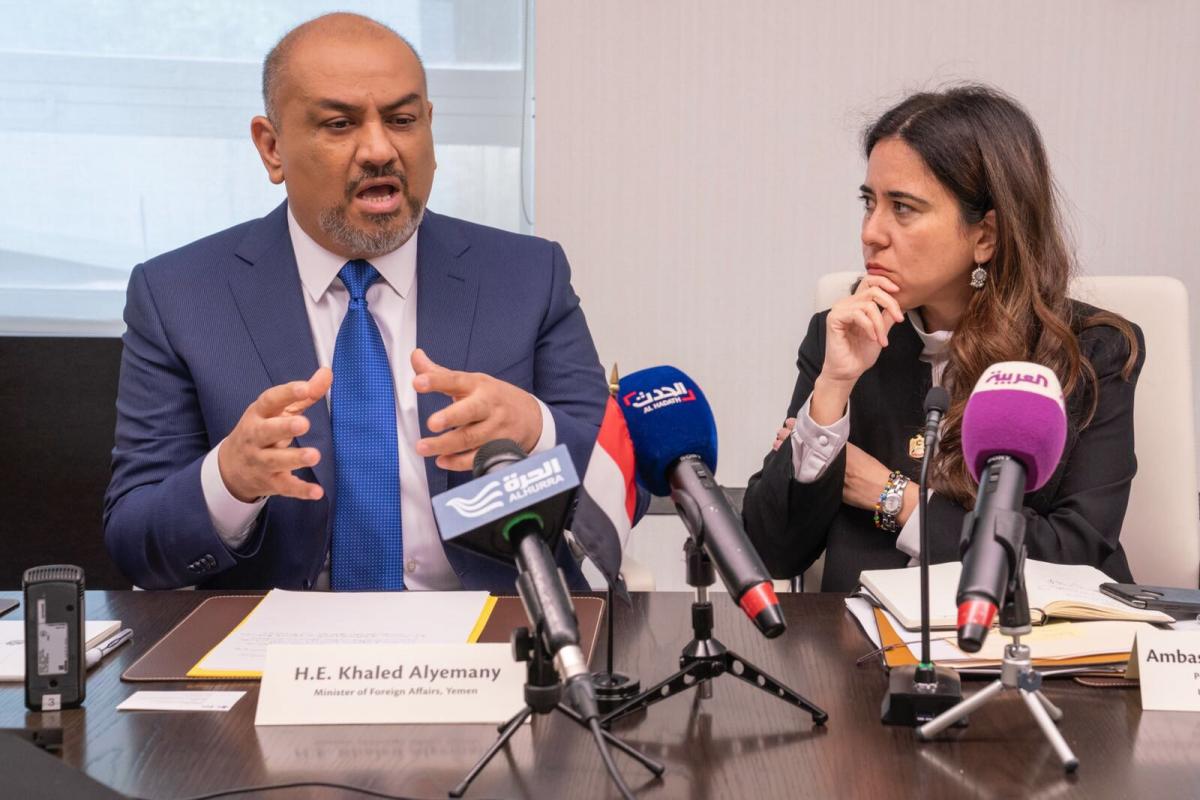 Minister Alyamani stated that the liberation of Hodeidah, with the assistance of the Arab Coalition, is a sovereign decision of the President of Yemen. He underscored that the legitimate Government of Yemen and the Arab Coalition are willing to engage in a dialogue, based on the GCC Initiative and implementation mechanism, national dialogue outcome, and relevant UN Security Council resolutions, especially UNSCR 2216 (2015).  He welcomed the peace plan put forward by the UN Special Envoy, and expressed regret that the Houthis continue to resist these proposals, and instead tried to escalate the confrontation. He added that the Iranian backers of the Houthis are part of the problem, and would not be part of the solution.

Minister Al Hashimy, who is overseeing the humanitarian surge plan, stressed the importance of detailed yet flexible plans that can be adjusted constantly according to the situation on the ground. She highlighted that the military and humanitarian aspects of the campaign are closely integrated, and that the Arab Coalition maintains constant communication with the UN and NGOs community on the delivery of their services.

Furthermore, Ambassador Mouallimi reiterated that the operation is conducted at the request of the legitimate 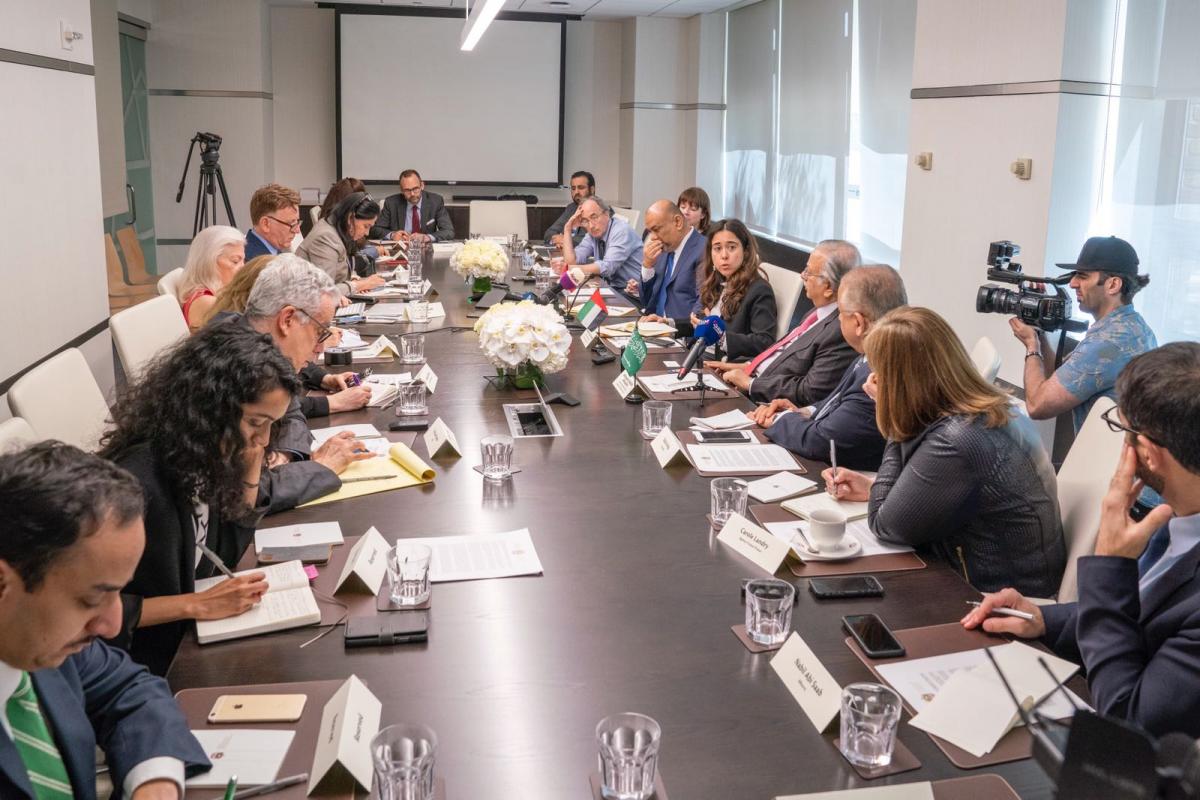 Government of Yemen. He emphasized that the Arab Coalition is conscious of their responsibility to the population of Hodeidah and Yemen – noting that the operation is being carried out to protect lives and minimize damage to private property and critical infrastructure. In addition, Ambassador Mouallimi discussed the different routes through which aid could be brought into the country, including nine Yemeni ports and two in Saudi Arabia.