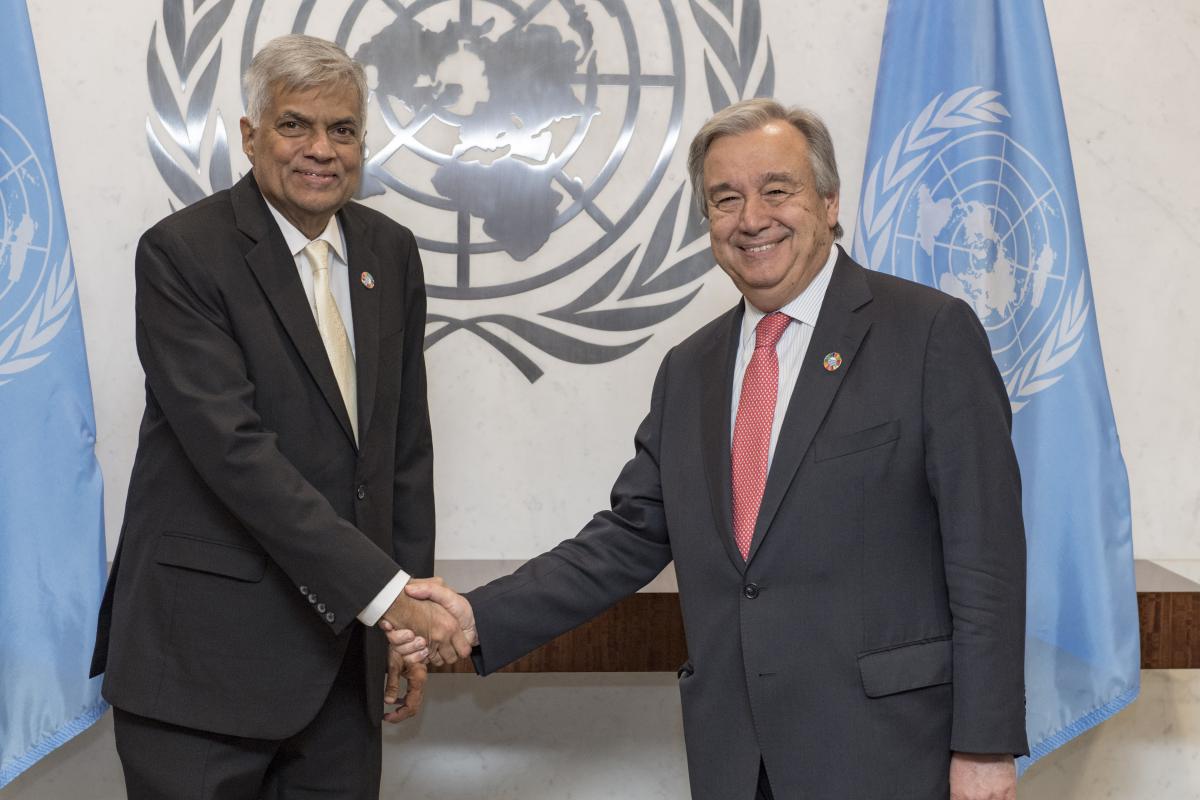 that he is familiar with Sri Lanka having visited the country many times in his previous capacity as High Commissioner for Refugees.
Prime Minister Wickremesinghe outlined the national reconciliation process taking place in Sri Lanka under the four broad pillars of Truth, Justice Reparations and Non Recurrence. He further explained the Constitutional Reform process and legal and other measures being taken relating to reconciliation.  The Secretary General assured the Prime Minister that his office is at Sri Lanka’s disposal in this regard, and that,  “the UN agenda is the success of Sri Lanka.”
Stephen O’Brien, Under-Secretary-General for Humanitarian Affairs, who was present at the meeting, informed the prime minister of measures being taken to support Sri Lanka following the recent floods and said the Central Emergency Relief Fund (CERF) was looking closely at Sri Lanka’s recent application for emergency funding. Prime Minister thanked the UN agencies involved in providing emergency relief. Ambassador Dr. Rohan Perera, Permanent Representative of Sri Lanka to the United Nations and Mrs. Sonali Samarasinghe Minister Counsellor accompanied the Prime Minister. 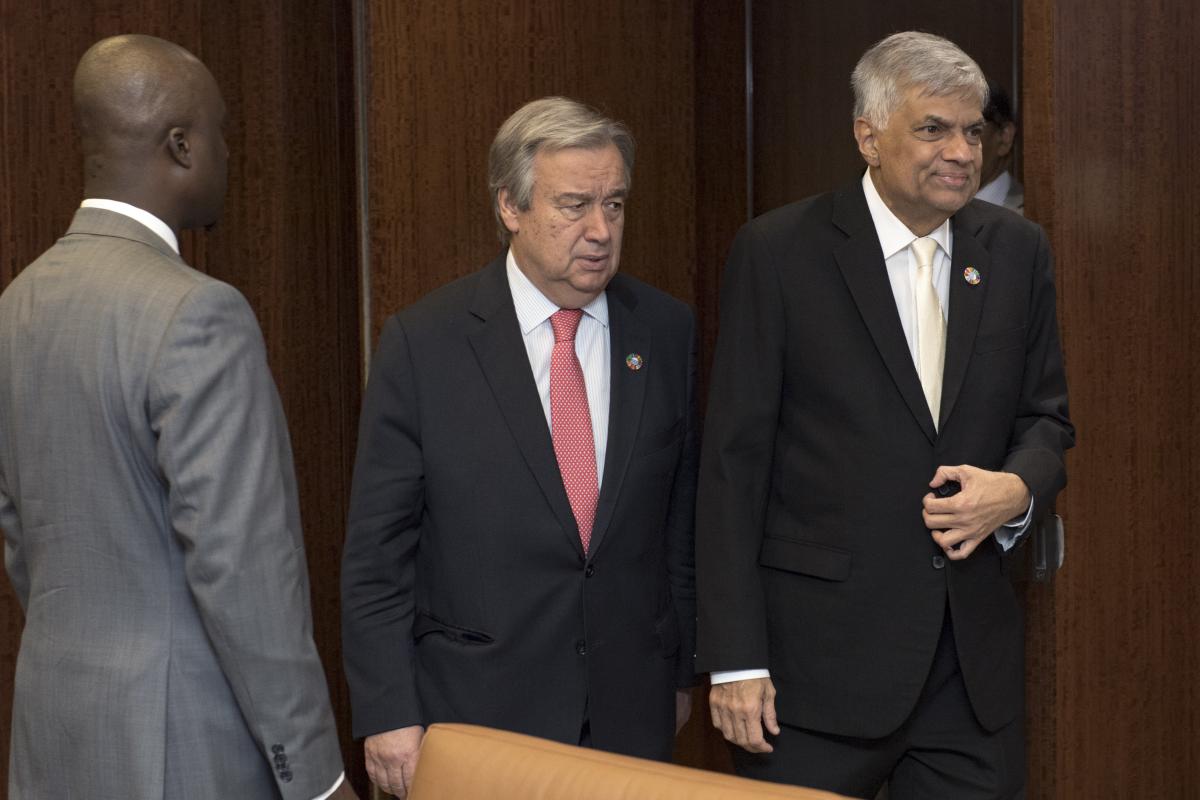 The head of the Department of Political Affairs at the UN, Mr. Jeff Feltman and the Rt Hon. Patricia Scotland, Commonwealth Secretary General are also scheduled to call on Prime Minister Ranil Wickremesinghe during his stay in New York.