The Permanent Mission of Sri Lanka to the United Nations, in collaboration with the Sri Lankan community of the tri-state area, hosted a celebration of the 71st Anniversary of Sri Lanka’s Independence on 9th February 2019 at J.P. Stevens High School, Edison, New Jersey. The event saw attendance from special guests Hon. Frank Pallone Jr. U.S. Representative of New Jersey’s 6th Congressional District, founder of the Congressional caucus on Sri Lanka, Hon. Thomas Lankey, Mayor of Edison, the host city, representatives from the Office of the Governor of New Jersey and members of the Edison Township Council.

The event commenced with the hoisting of the National Flag followed by the singing of the National Anthem in both Sinhala and Tamil. Two minutes silence was observed in remembrance of all who sacrificed their lives for the nation.

Ambassador and Permanent Representative of Sri Lanka to the UN, H.E. Dr. Rohan Perera, was joined by children representing Sri Lanka’s multi-ethnic backgrounds in lighting the oil lamp, which was followed by the conduct of multi-religious observances wherein blessings were invoked on the people of Sri Lanka.

Addressing the gathering, Ambassador Perera noted that as one of Asia’s oldest democracies, with cultural traditions equally rich in history and diverse in origin, Sri Lanka has much to offer the world. Noting that Sri Lanka contributes leaders, professionals and academics to all fields, leading and driving transformative change both in the country and in the world, he emphasized the role of the expatriate community in carrying forward the country’s legacy.

Ambassador Perera further emphasized the importance of remaining committed to the vision of an equitable, open and inclusive society for all Sri Lankans. He stated: “....as a people, we must--- now more than ever--- stand united in collective action. We must put our differences aside to realize the vision of a fair, equitable, and prosperous Sri Lanka, for all members of our community, irrespective of race, religion or political beliefs.”

Congressman Pallone, in an address to the gathering, noted Sri Lanka’s efforts to seek reconciliation between the communities and eliminate religious conflict in the aftermath of the civil war that took place. Drawing from the United States’ own experiences, he stated that he understood that reconciliation was not an easy process. He emphasized the importance of continuing the tradition of the rule of law and democracy in the country, and stated that the relationship between Sri Lanka and the United States would continue to be important. Mayor Lankey also delivered short remarks at the conclusion of the celebrations.

The highlight of the evening was a cultural show which commenced with a musical dedication by Visharadha Shalika Aroshini, and featured a multitude of items, including songs, dance items, and skits, performed by children from the Tri-State Sri Lankan community. The performances showcased the diversity of Sri Lanka’s cultural and artistic traditions, with items from the country’s different ethnic and religious communities. The commemoration concluded with a Sri Lankan buffet dinner for all guests. 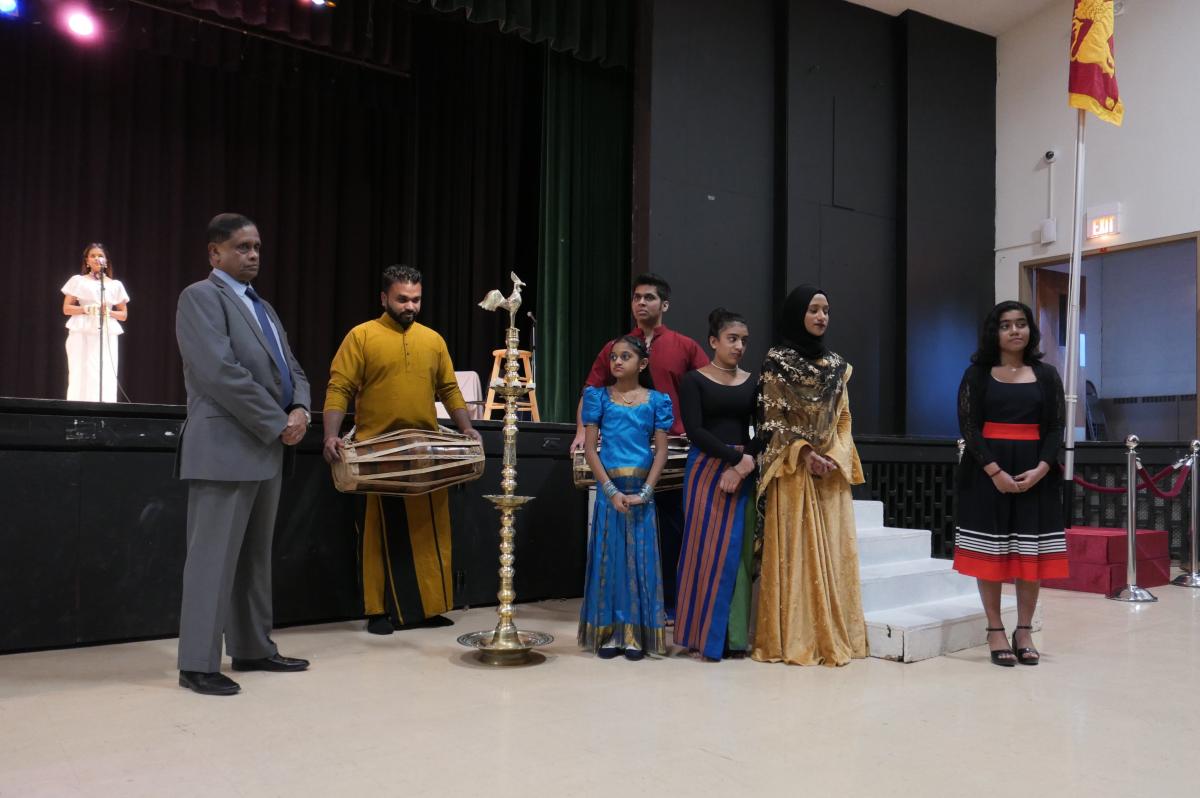 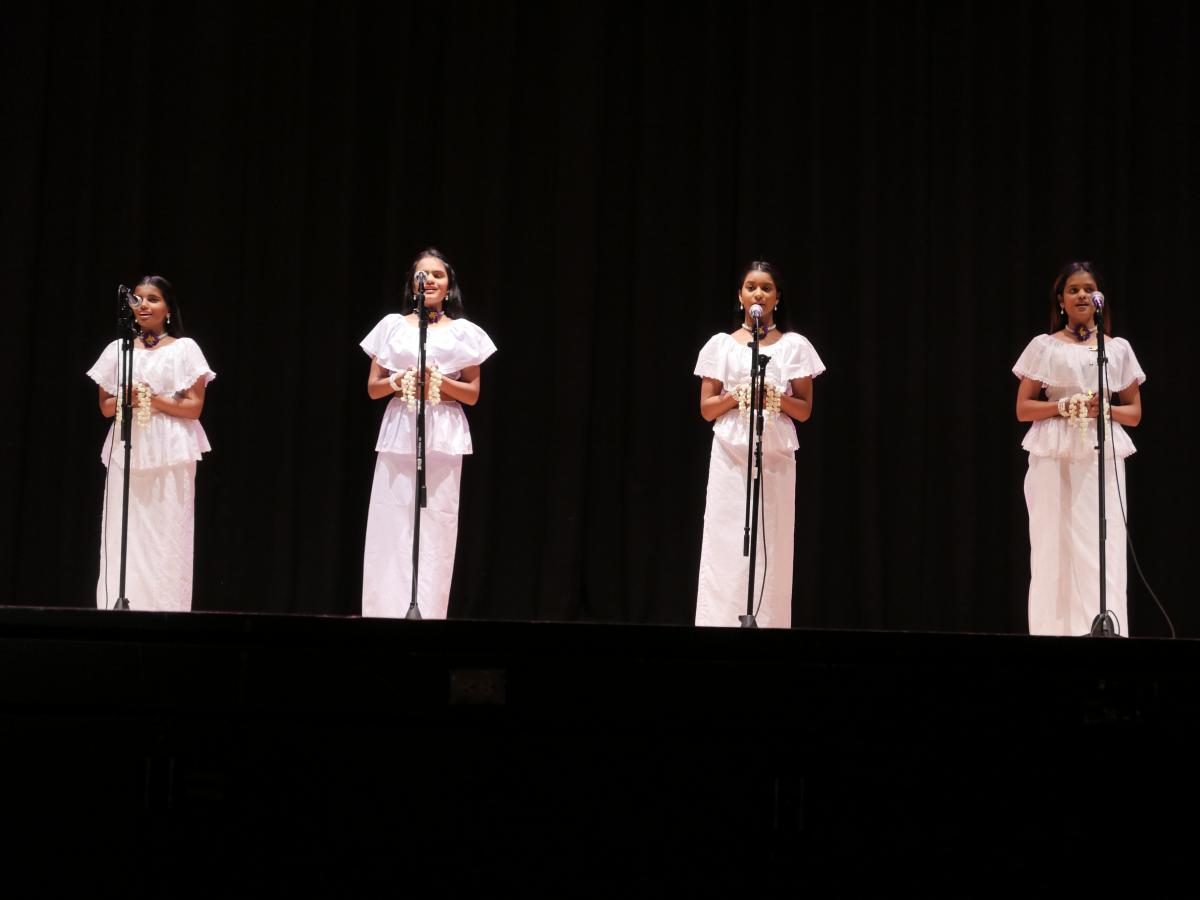 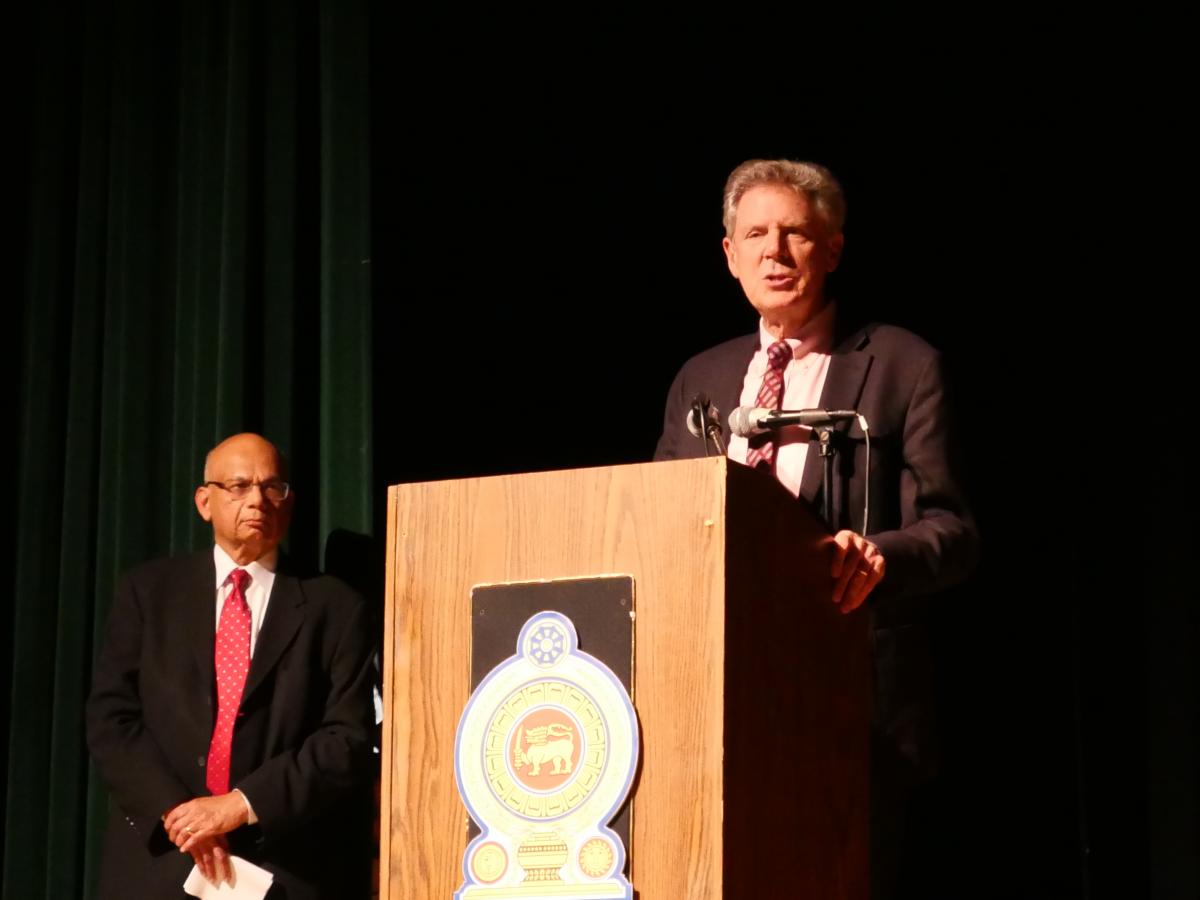 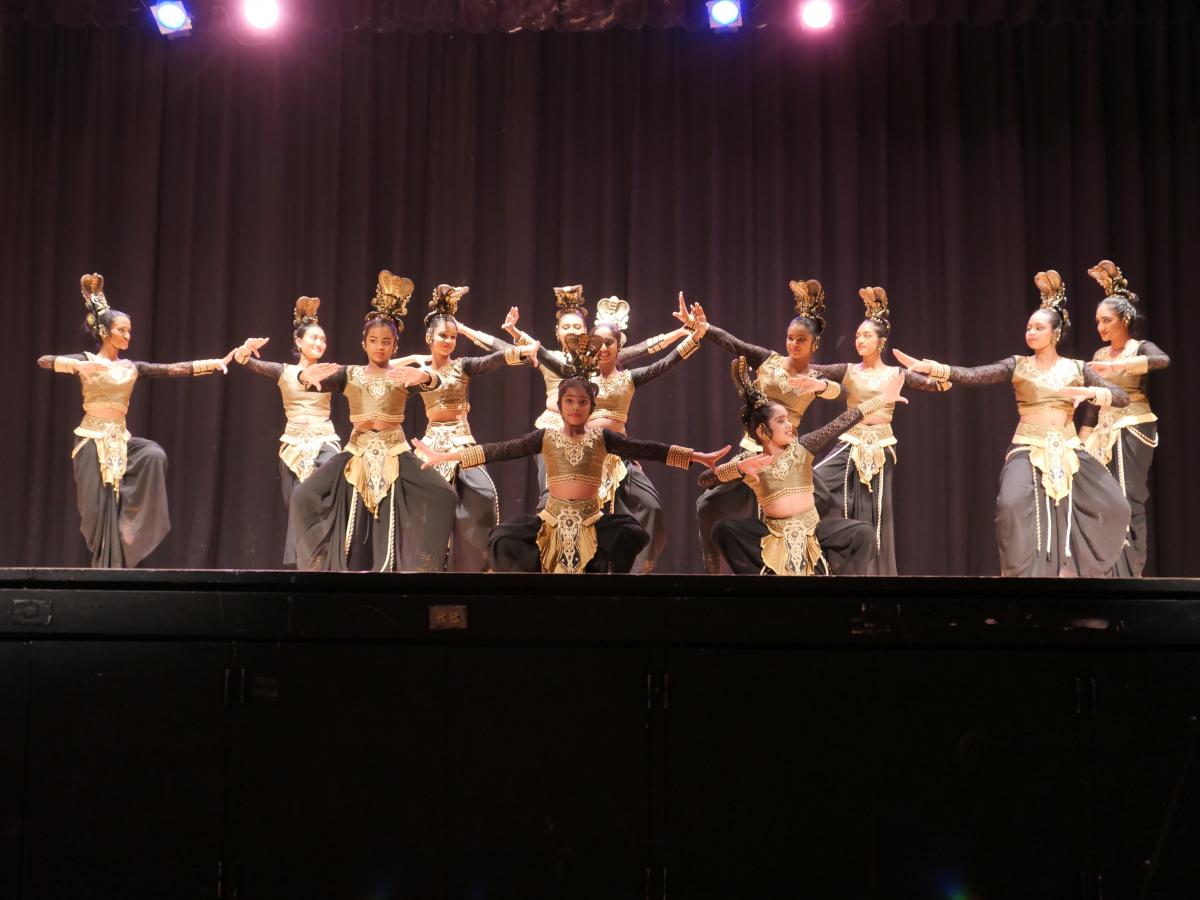 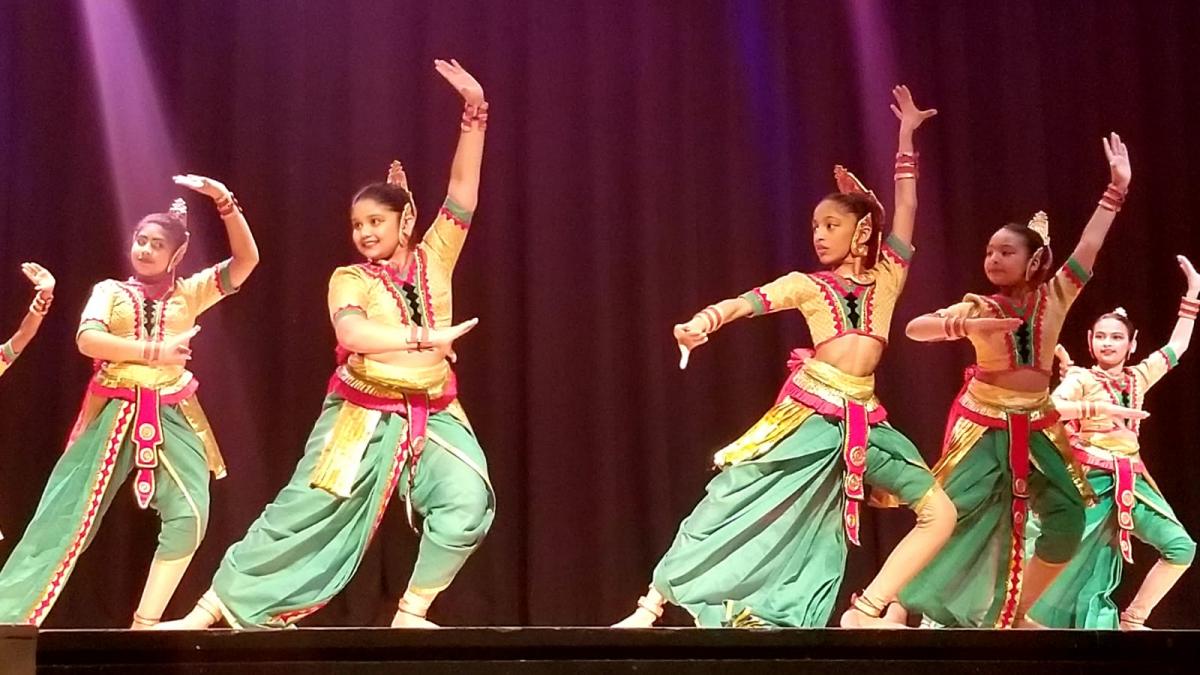 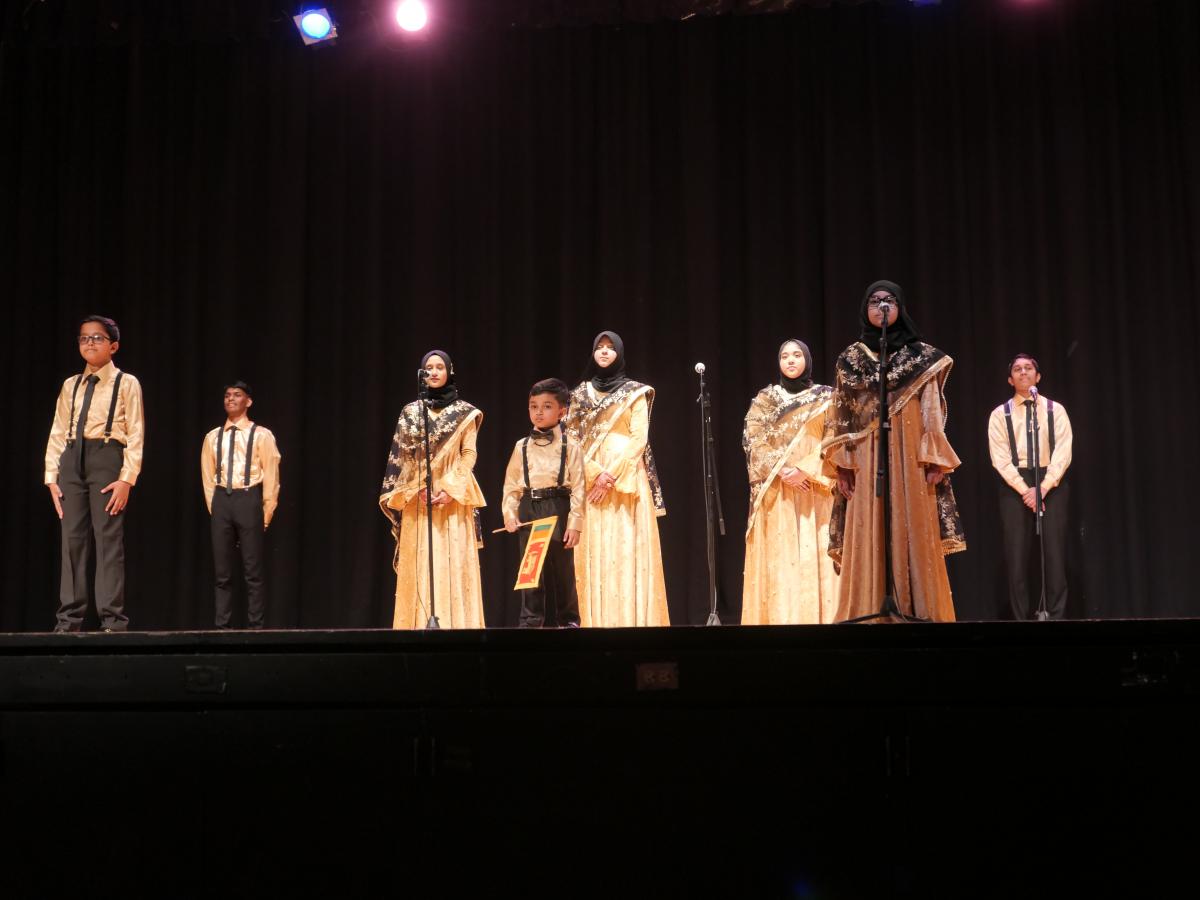