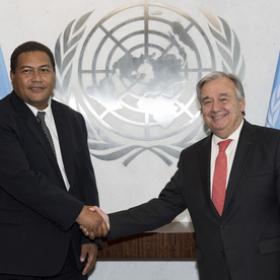 Since its establishment, Ambassador Enele Sosene Sopoaga took charge of the Mission.

H.E. Mr. Samuelu Laloniu, since July 2017,  serves as the current Permanent Representative of the Tuvalu Mission.