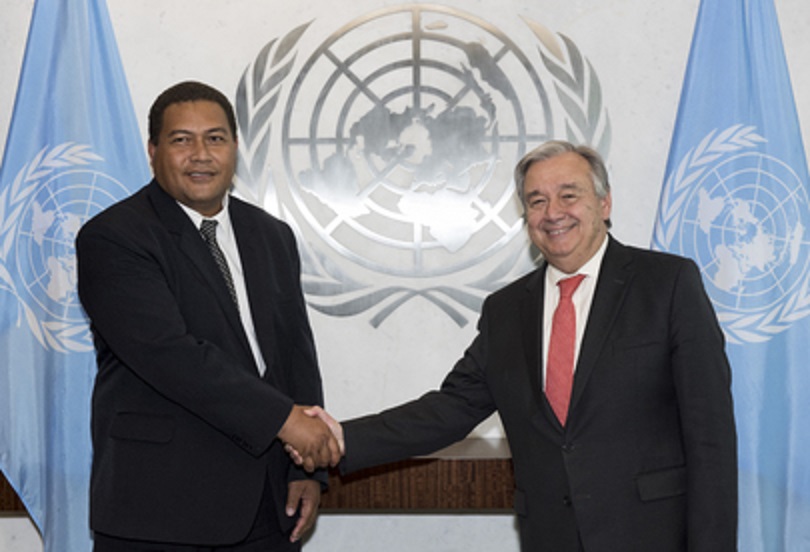 A career diplomat, Mr. Laloniu was most recently High Commissioner to New Zealand since 2015, having previously served as Consul General in Auckland between 2010 and 2014.

For six months between 2009 and 2010, he served as Deputy Permanent Representative to the United Nations in New York, and as Deputy High Commissioner to Fiji from 2006 to 2009.

Mr. Laloniu’s other Government positions included Assistant Secretary at the Ministry of Communications and Transport between 2000 and 2004, and Private Secretary to the Prime Minister from 1998 to 2000.  In 1997, he served as a Pacific Regional Project Associate with the Food and Agriculture Organization office in Fiji, prior to which he was a Fisheries Research and Development Officer at the Ministry of Natural Resources from 1994 to 1996.