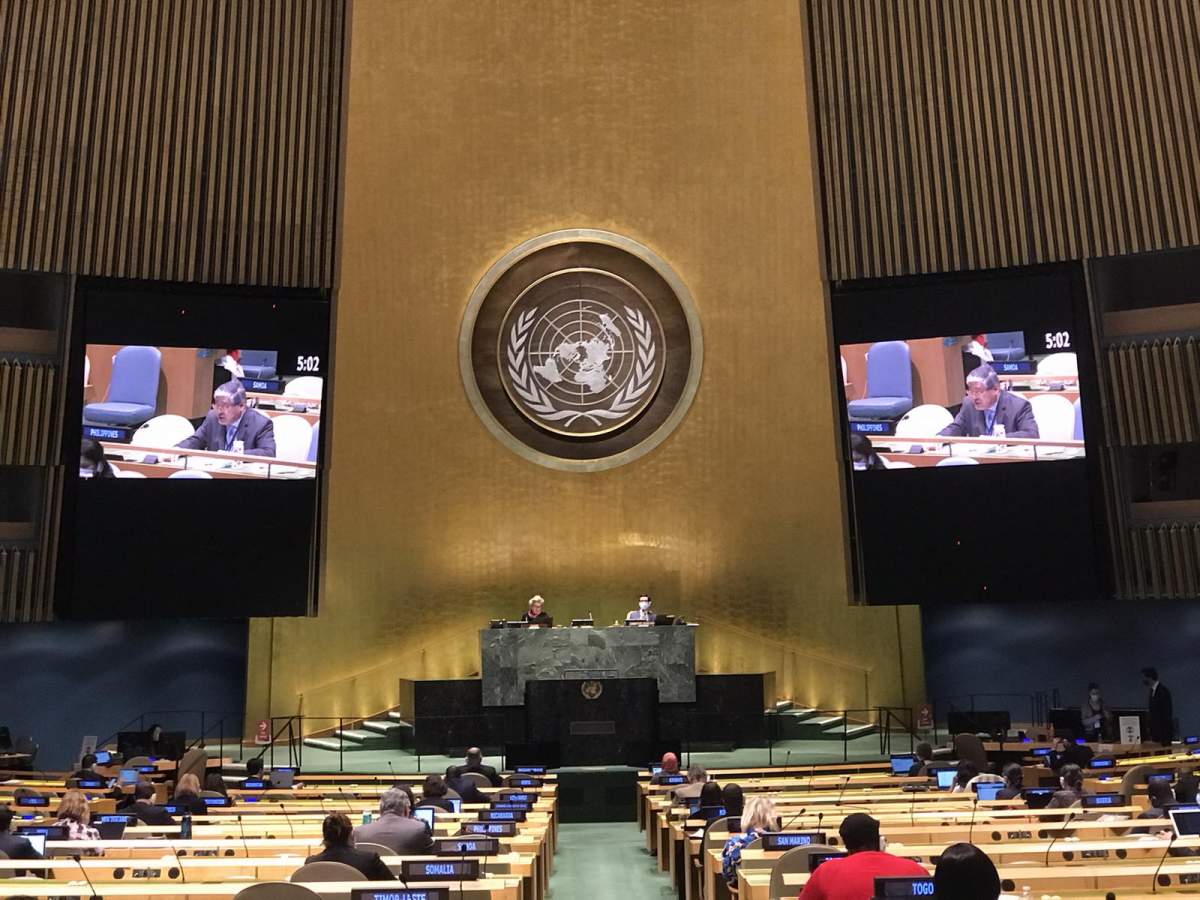 New York, 19 November 2020 – Ambassador Enrique A. Manalo reported to the Department of Foreign Affairs that the Third Committee (Social, Humanitarian & Cultural Issues) of the 75th Session of the UN General Assembly has concluded its work on 19 November 2020.

During the Committee’s opening session on 05 October 2020, Ambassador Manalo highlighted the Philippines’ commitment to promote, protect and fulfill the human rights of all persons. He shared the initiatives and activities undertaken, and the leadership role of the Philippines at the UN to protect the most vulnerable populations including migrants, children, older persons and persons with disabilities.

The Third Committee considers a broad range of social, humanitarian affairs and human rights issues that affect people all over the world. An important part of the work of the Third Committee focuses on the examination of human rights questions, including reports of the special procedures of the Human Rights Council. The Committee also discusses questions relating to the advancement of women, the protection of children, indigenous issues, the treatment of refugees, the promotion of fundamental freedoms through the elimination of racism and racial discrimination, and the right to self- determination.  The Committee also addresses important social development questions such as issues related to youth, family, ageing, persons with disabilities, crime prevention, criminal justice, and international drug control. END