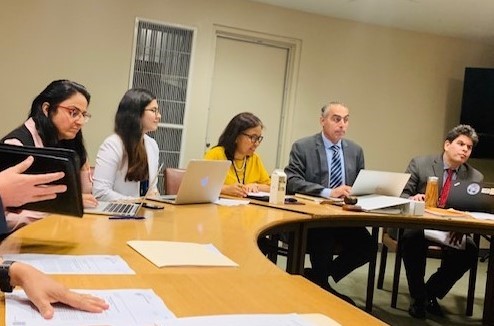 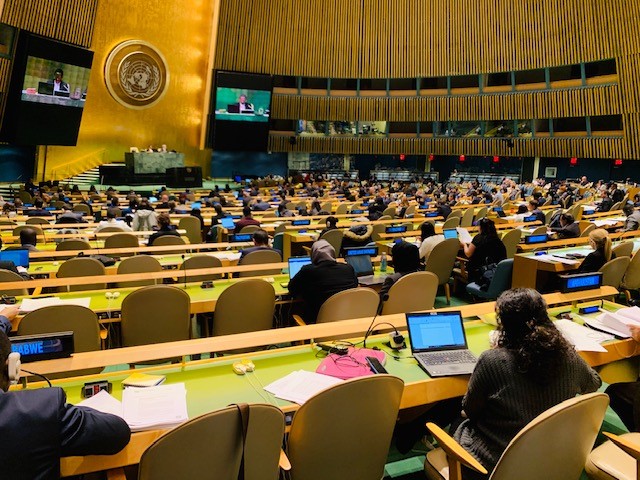 Left Photo: Minister Leila Lora-Santos of the Philippine Mission to UN, as G77 Coordinator, conducts negotiations of the CBD resolution.

Right Photo: The General Assembly, at its 52nd meeting, adopts the resolution on the Implementation of the Convention on Biological Diversity for Sustainable Development.

19 December 2019, New York – The United Nations General Assembly adopted by consensus today the resolution entitled “Implementation of the Convention on Biological Diversity and its contribution to sustainable development.”

The resolution, which was coordinated by the Philippines and Costa Rica on behalf of the G77 and China, reaffirms the decision to convene a Biodiversity Summit next year to gather the necessary political momentum and attention in support of a post-2020 global biodiversity framework that contributes to the 2030 Agenda for Sustainable Development and places the global community on a path towards realizing the 2050 Vision for Biodiversity.

The resolution also recognizes the potential of nature-based solutions to cost-effectively support biodiversity conservation, restoration and its sustainable use, help advance climate mitigation and adaptation, and slow, halt and even reverse some aspects of biodiversity and ecosystem loss. It also highlights, among others, substantive updates on the implementation of the Convention, including the recognition of the limited progress in implementation, the synergies and coherence between several United Nations conventions and agendas, and the concerns about the findings in latest scientific reports such as The Ocean and Cryosphere in a Changing Climate and Climate Change and Land: An IPCC Special Report on Climate Change, Desertification, Land Degradation, Sustainable Land Management, Food Security, and Greenhouse Gas Fluxes in Terrestrial Ecosystems.